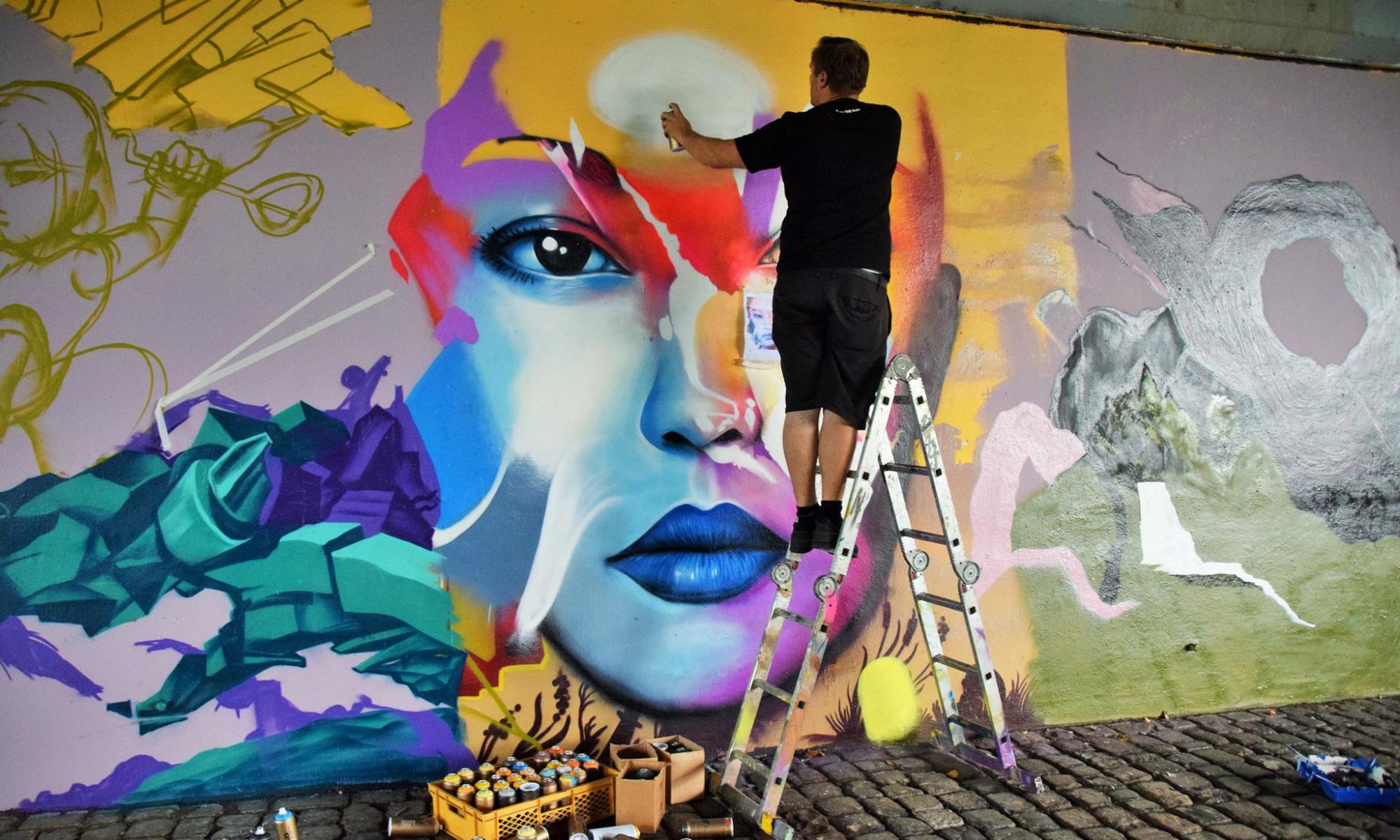 Frankfurt has a great new bridge graffiti, or rather a whole wall full of beautiful freshly sprayed murals, five in number. The action took place on Tuesday and Wednesday on the inner city side of the Friedensbrücke. The special thing about it were the people involved: Five Chinese graffiti artists from the twin city of Guangzhou in Frankfurt were invited by the well-known sprayer Justus Becker (aka COR) and together put the art project on its feet. Below you will find as well an interview with the sprayer and organisator DICKID. 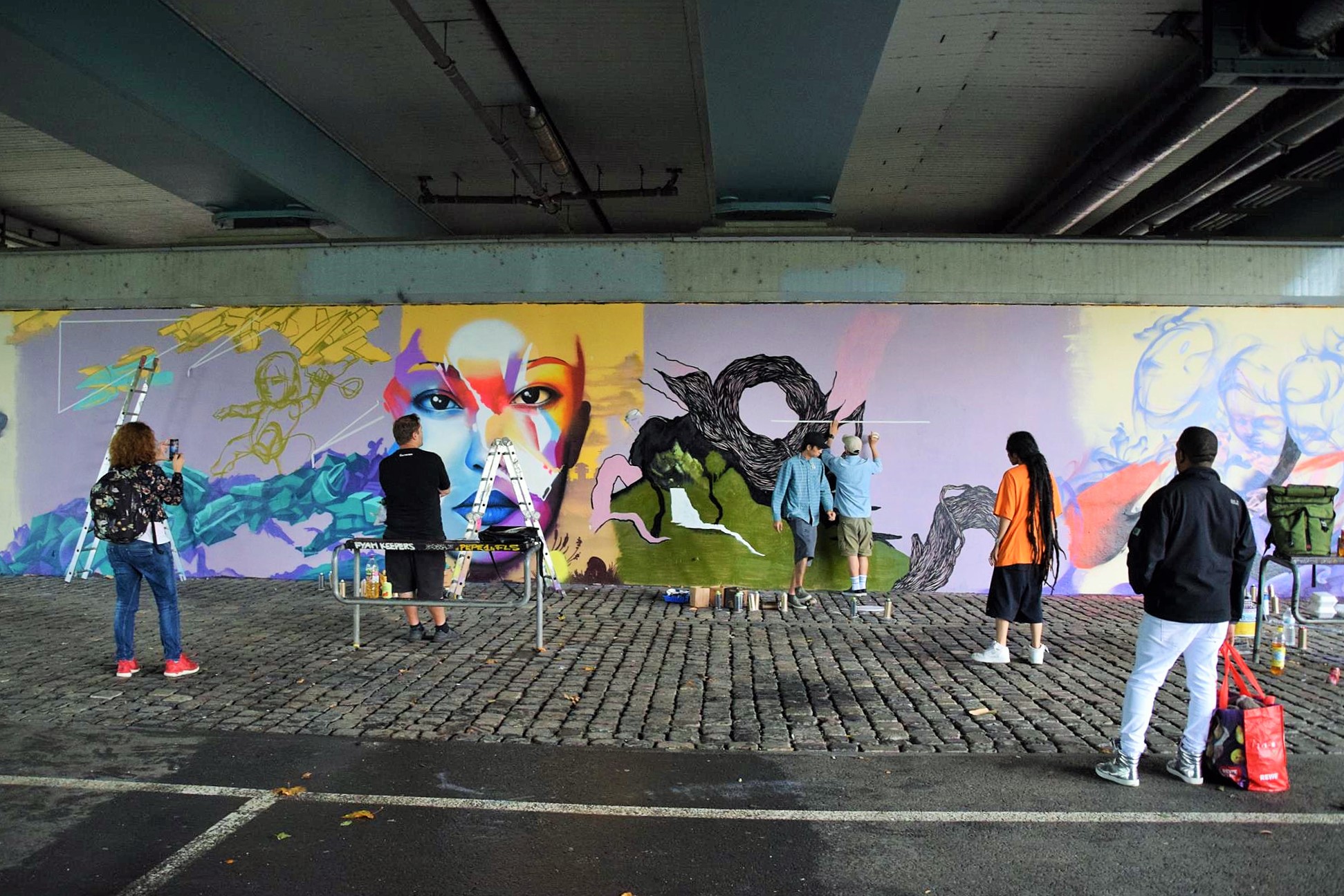 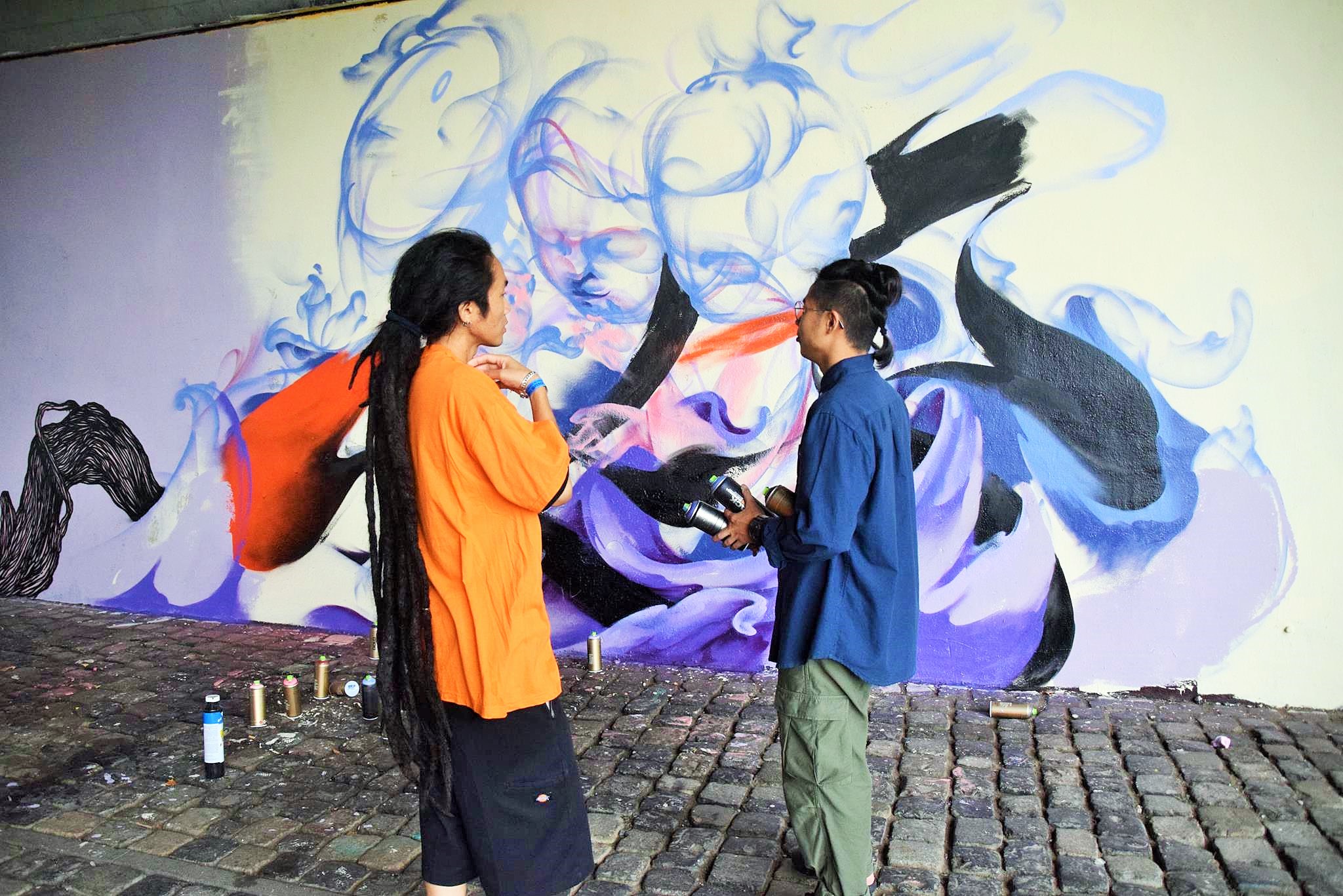 The four bridge piers with the respective wall surfaces form the so-called open air gallery, here can be legally sprayed after consultation with the Naxoshalle or the Montana Shop Canpire. The produced should have a certain level. The fact that the group works and paints at this level clearly shows the results. 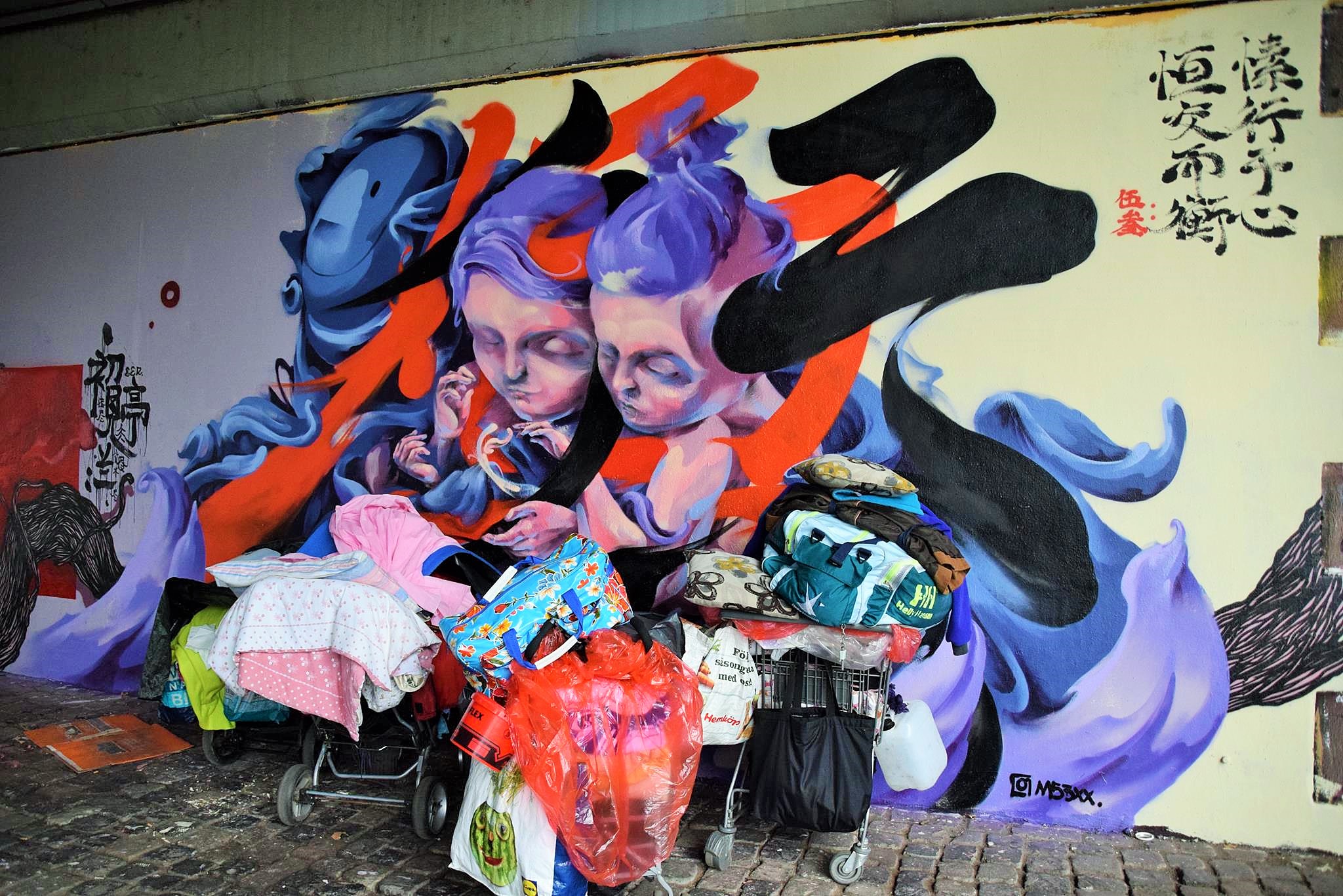 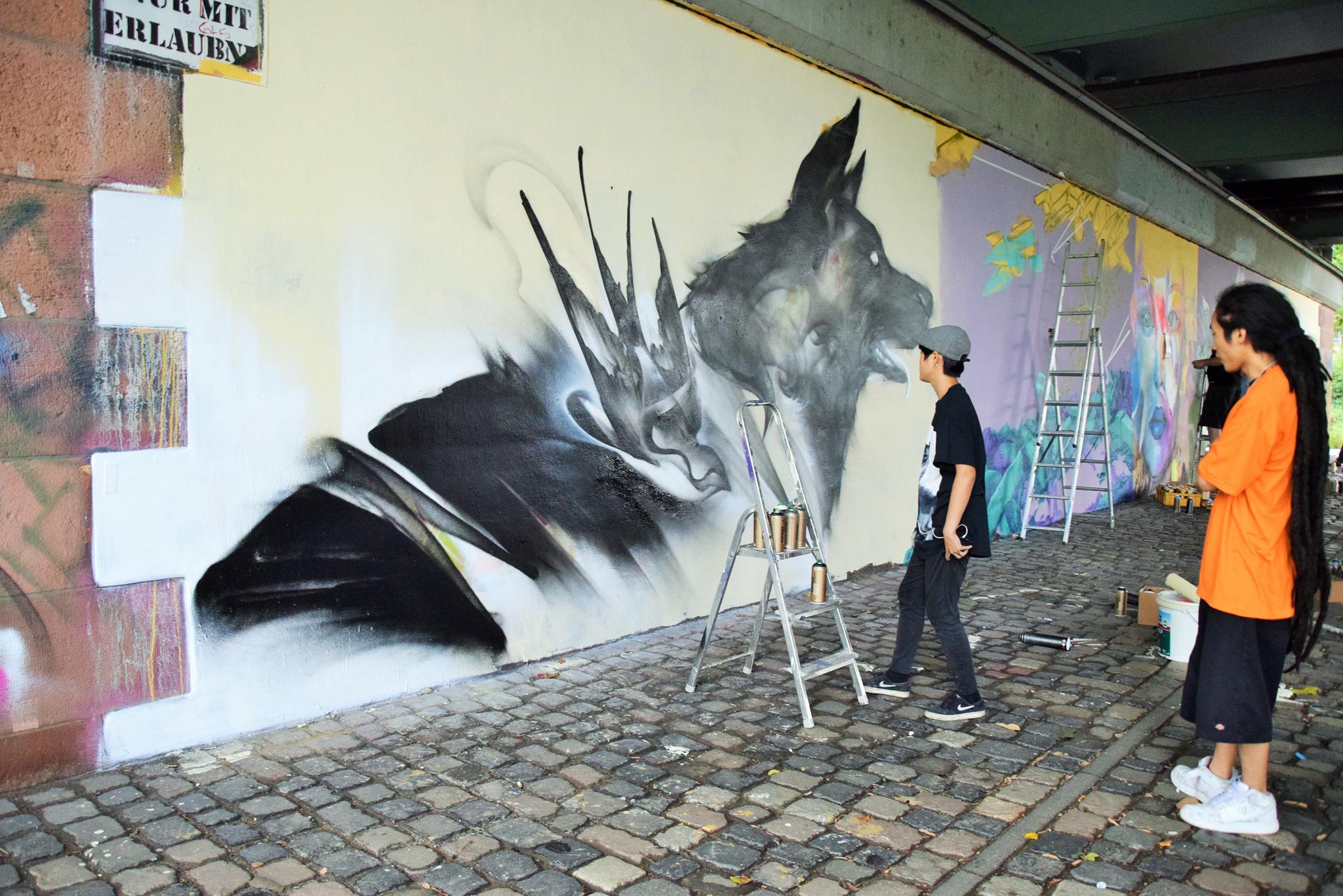 Justus Becker placed a big face of an Asian model in the center, and around it came the other works that are connected and interwoven with a root-letter-object weave. After all, it’s a teamwork. The sprayer SATR is enthusiastic about animal motives and comical animal characters; She has created a German shepherd dog with a pigeon for Germany. Artist REXCHL delivered the picture to the right with the futuristic mechanic surfing on spaceship elements. 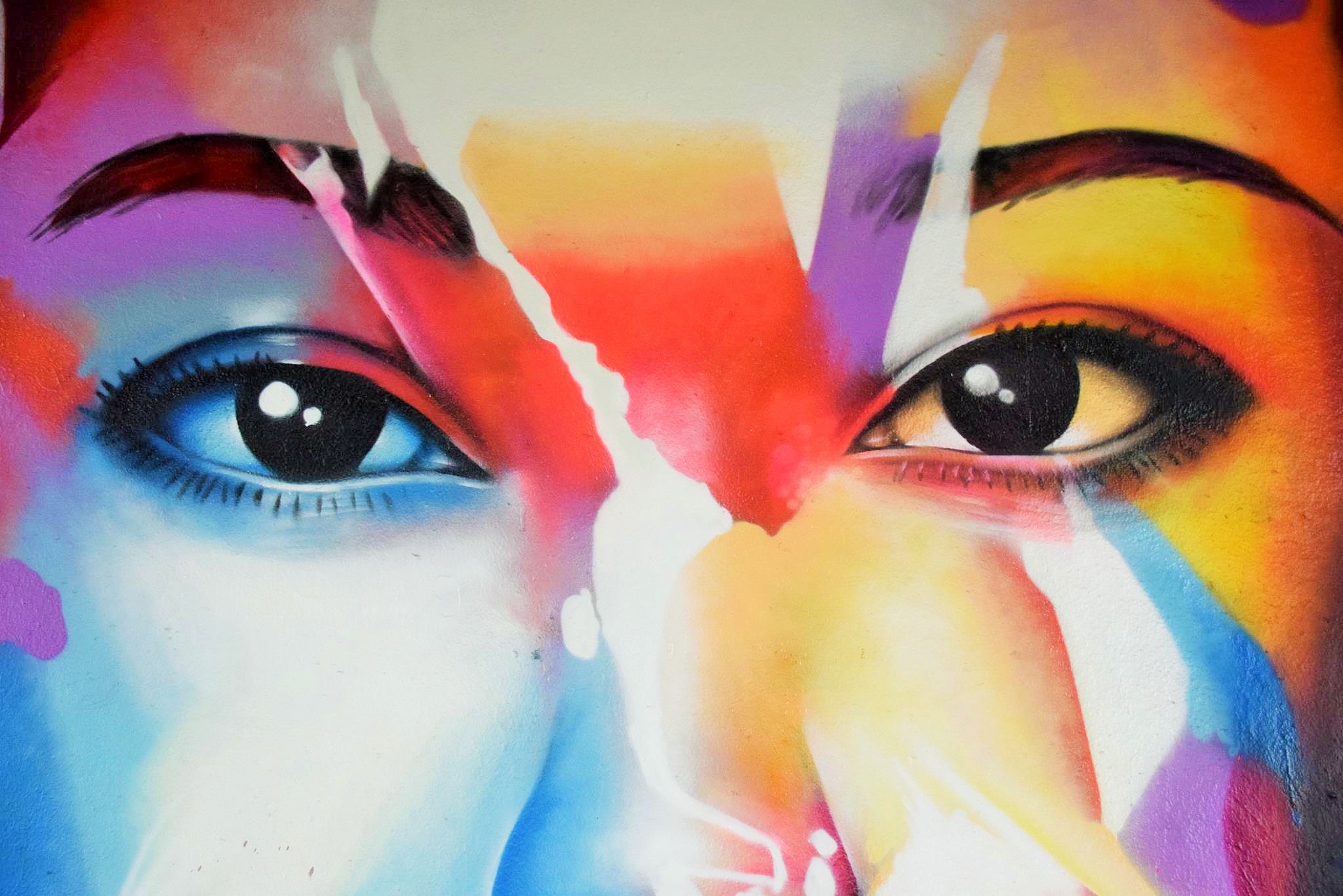 CER in turn sprays very differently; his pictures are more graphic and simple, but with multi-layered effects. He paints mountains, plants and nature motifs, interweaves them with roots and thus also with the other graffiti. WUSAN (= Chinese for 53) combines old tradition with a new style. In his art of street art modern painting techniques of today’s graffiti meet more than 1000 years old Chinese calligraphy. His mural is the right outside and shows two monks framed by the Asian characters. COR, so Justus Becker, had a small picture as a template, the Chinese colleagues sprayed completely without. Respect! 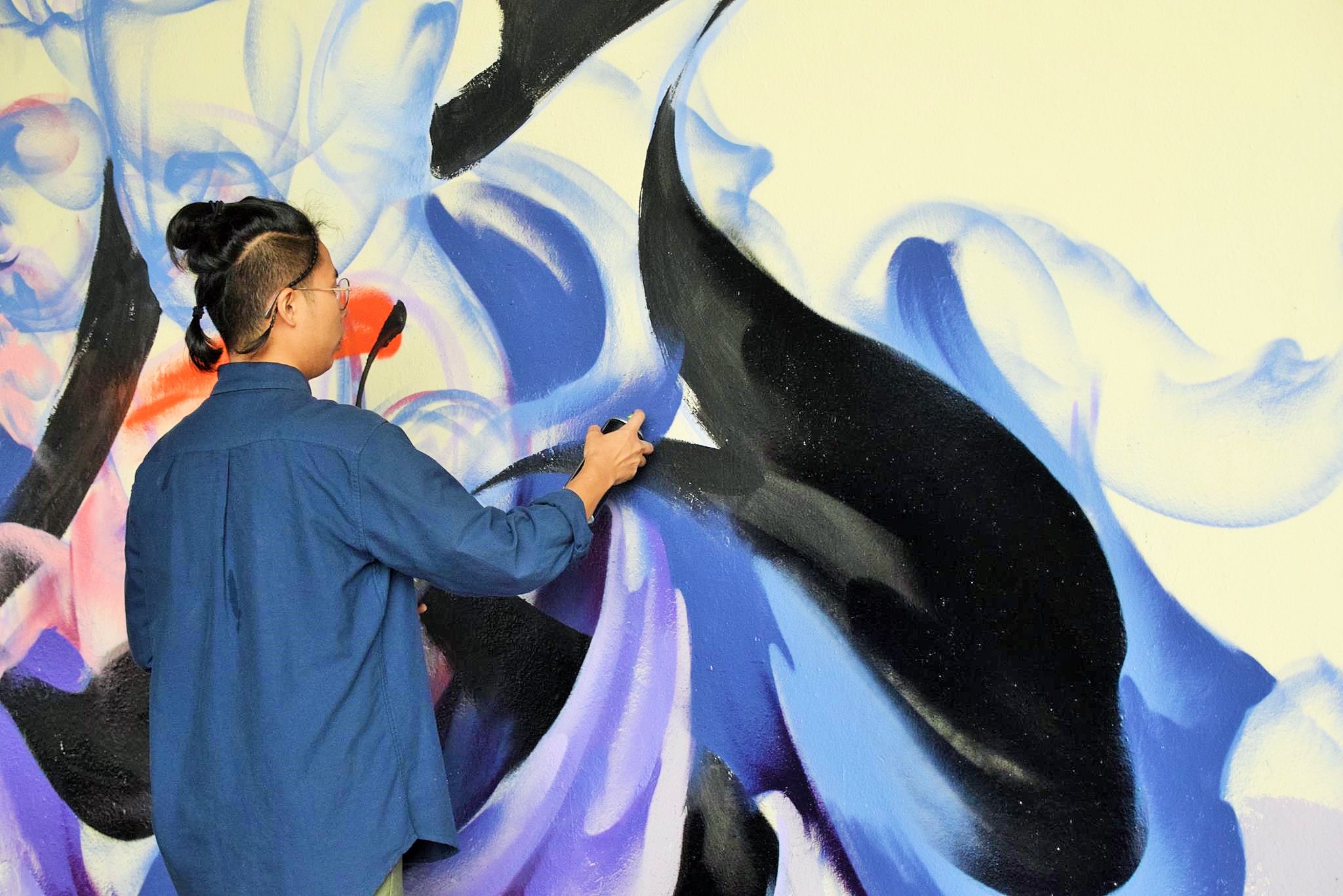 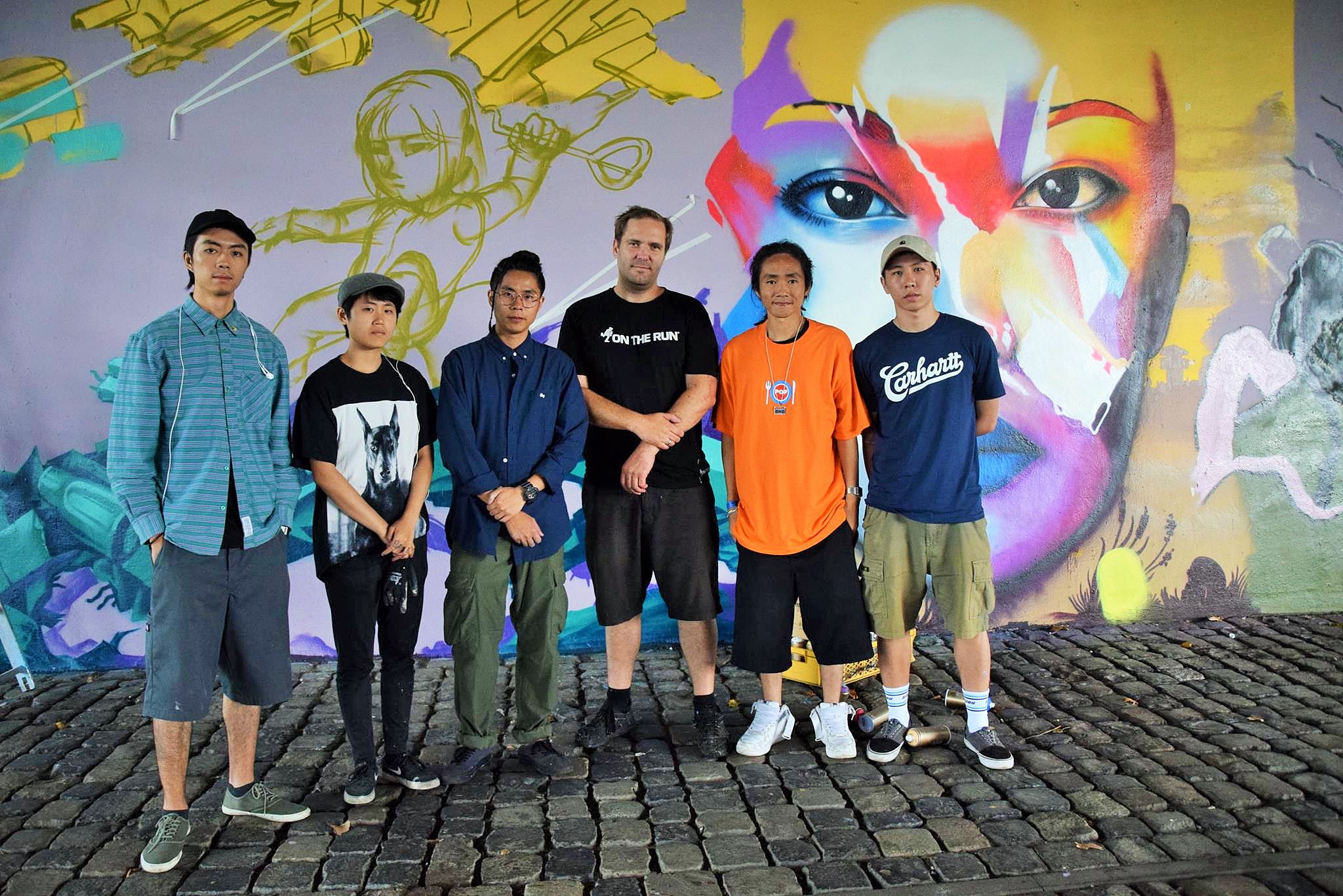 Justus Becker is enthusiastic about the exchange, as well as the visitors. The joint work inspires and one learns from the other graffiti culture. Last year COR had redesigned a tram with the other sprayers in China, now the networking continues and a team came to Germany. The group also participated in various music and breakdance events and used the time extensively to work with local artists. The fifth in the league with the name DICKID was the organizer of the trip and had nothing sprayed this time. In an interview he tells us about the project in Frankfurt, a past hip-hop event in Wiesbaden and about the art of cans in China.

The graffiti will be on the wall for the next three to four months and can be admired, then comes the next. Other legal spray areas in Frankfurt with really great specimens are located at the Ratsweg gondola in the direction of Offenbach or in the Naxoshalle, where free spraying is also offered on Wednesday afternoons. 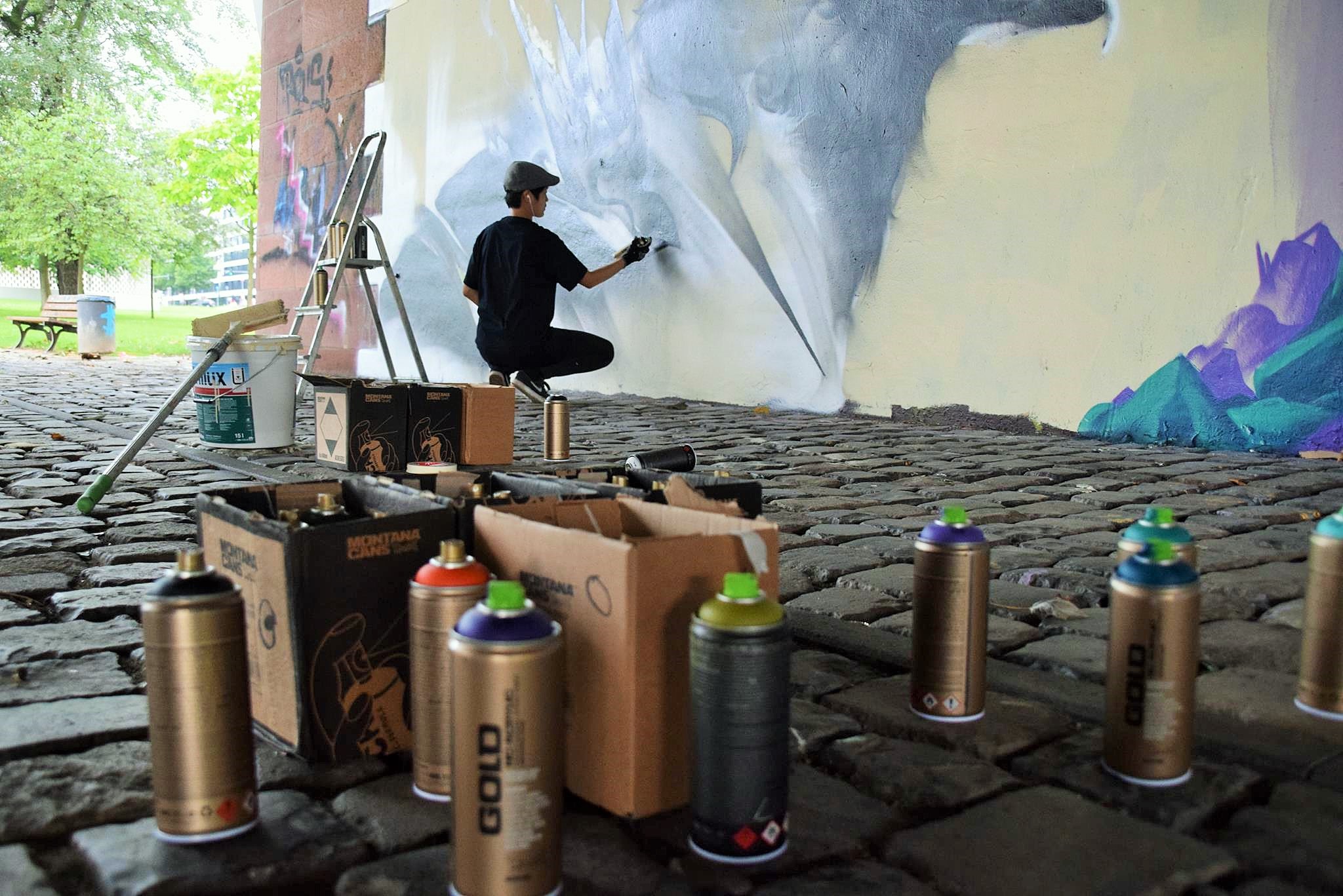 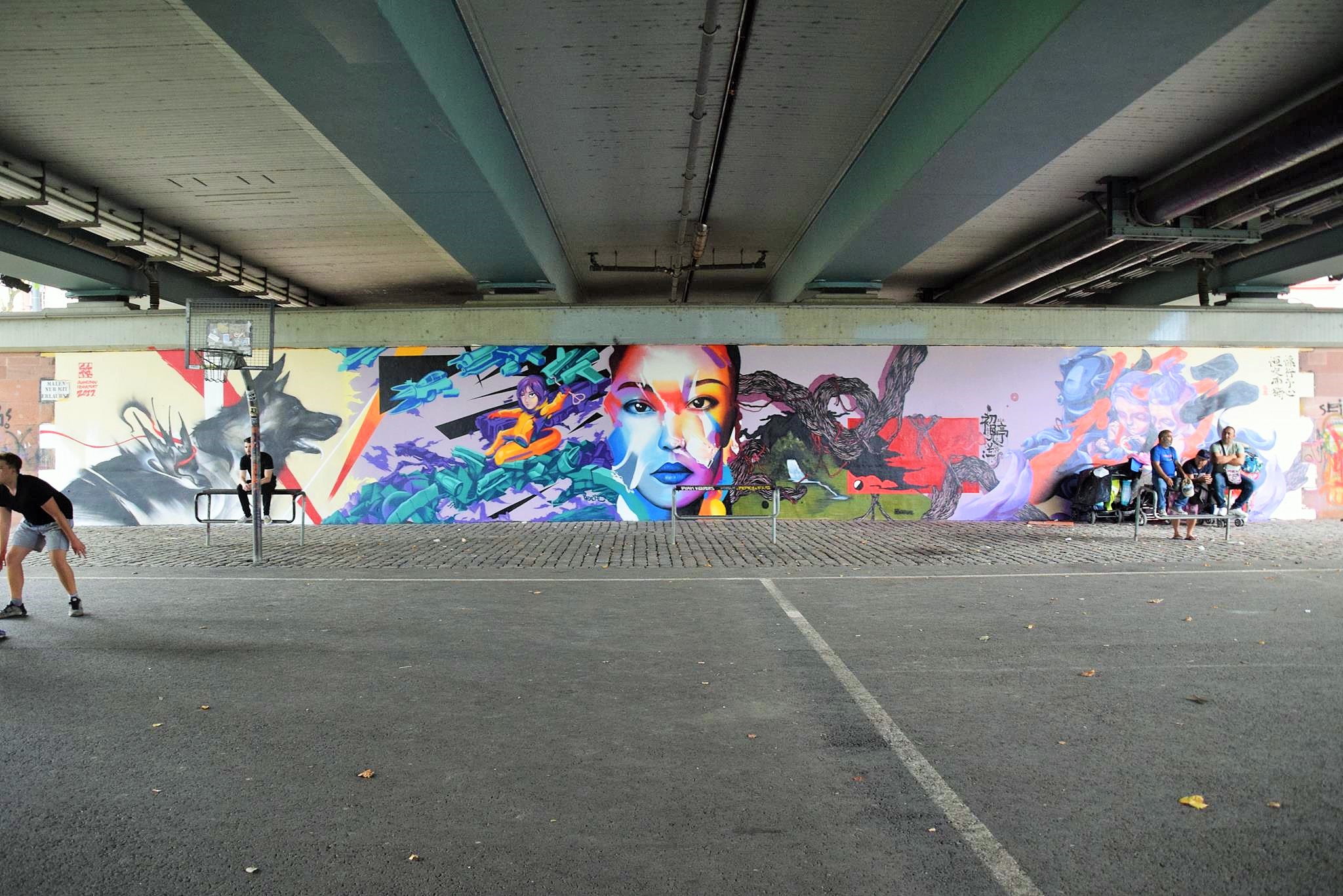