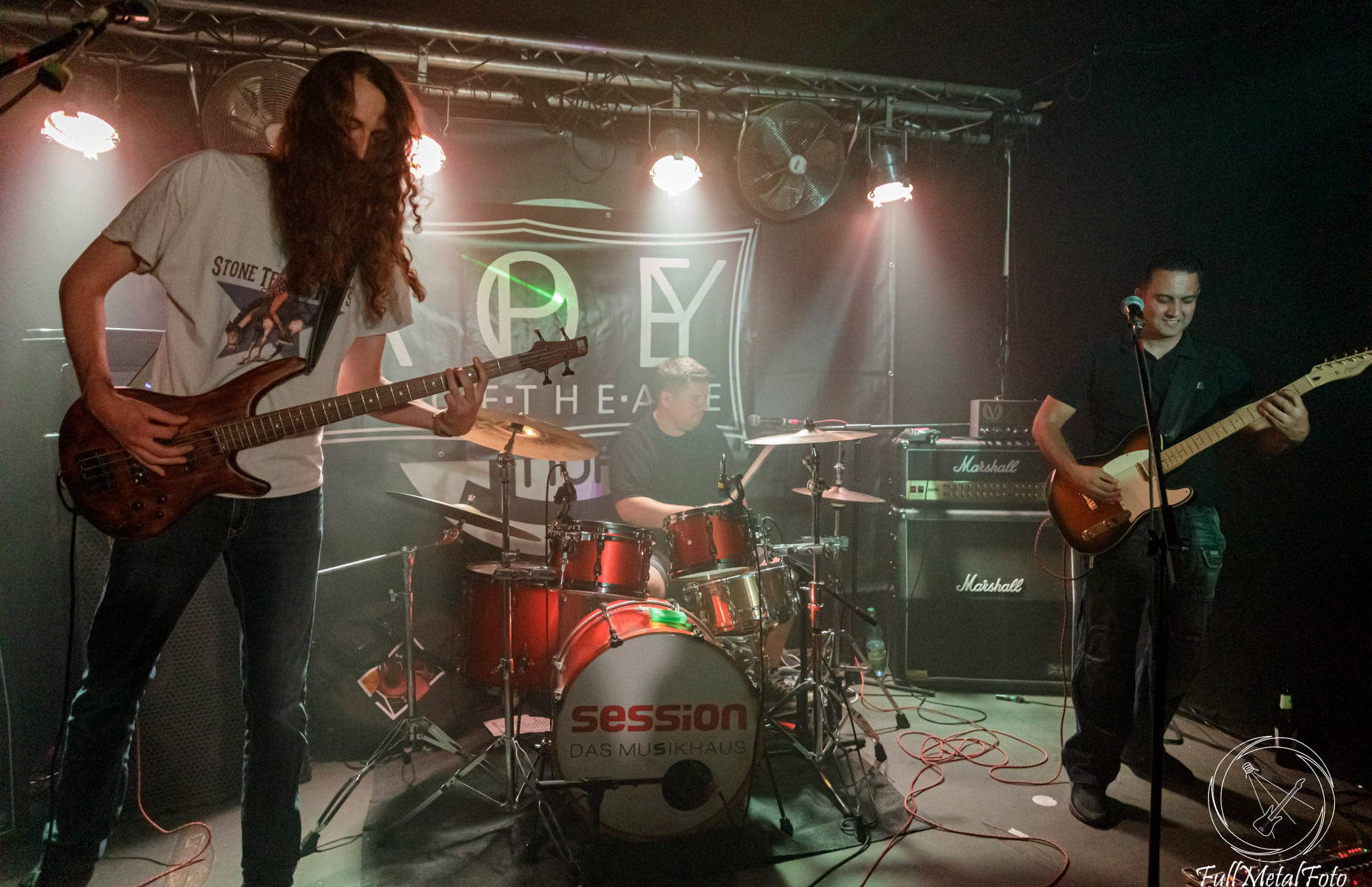 A legendary band history with many stunning concerts and musical creations came to a fitting conclusion this autumn at the Devil´s Bound Festival in the Ponyhof with a final concert. The grandiose band Toy of the Ape disbanded in September after a seven-year stage career and two released CDs. 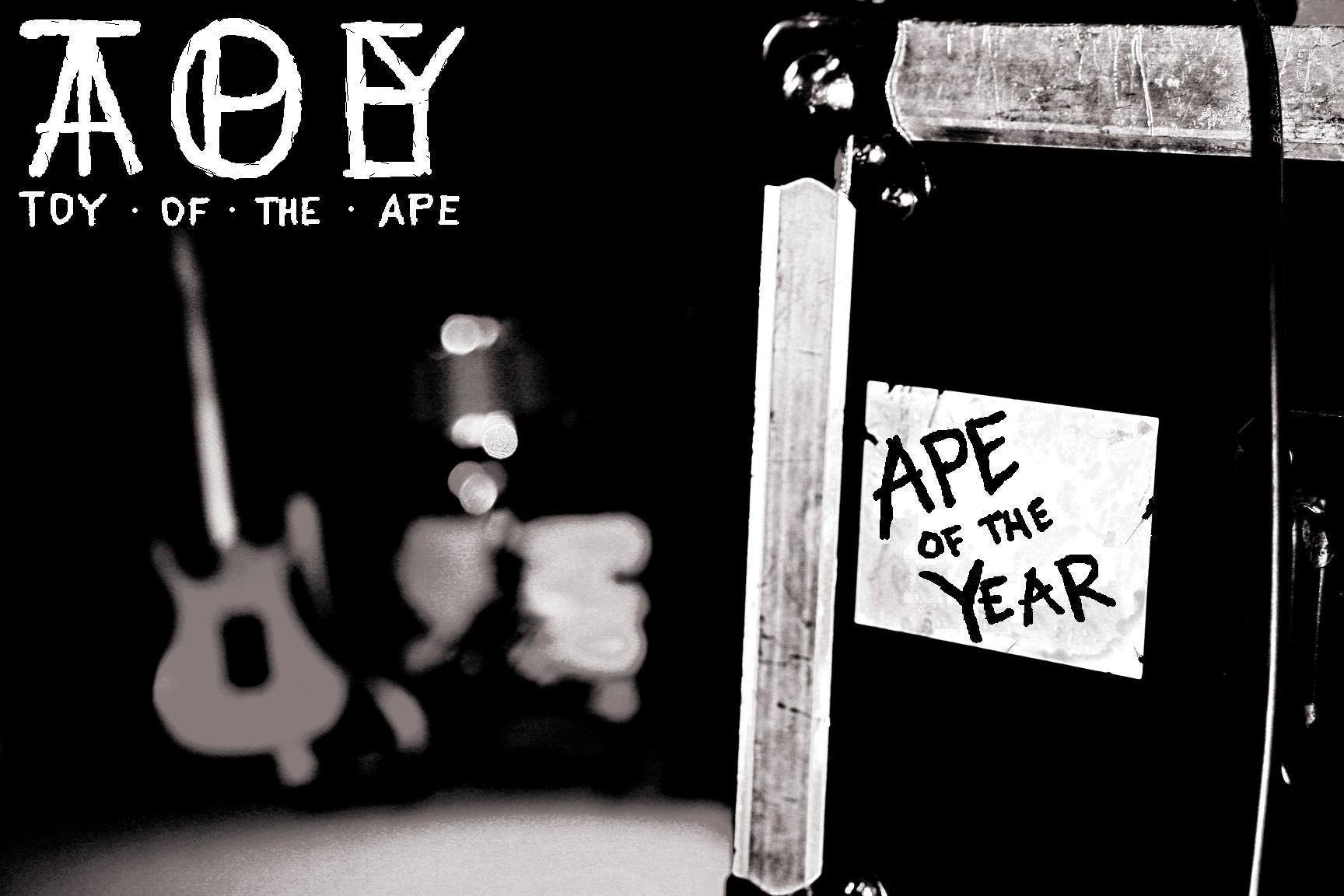 Since 2012 you could hear and see the four musicians rocking on the stages in the Rhine-Main area Grungiges and Alternatives, later as a trio. In August they offered a thrilling open air performance at the Traumschläger Straßenfest. In a last interview with singer and guitarist Michael Wiebusch we summed up the time with Toy of the Ape. 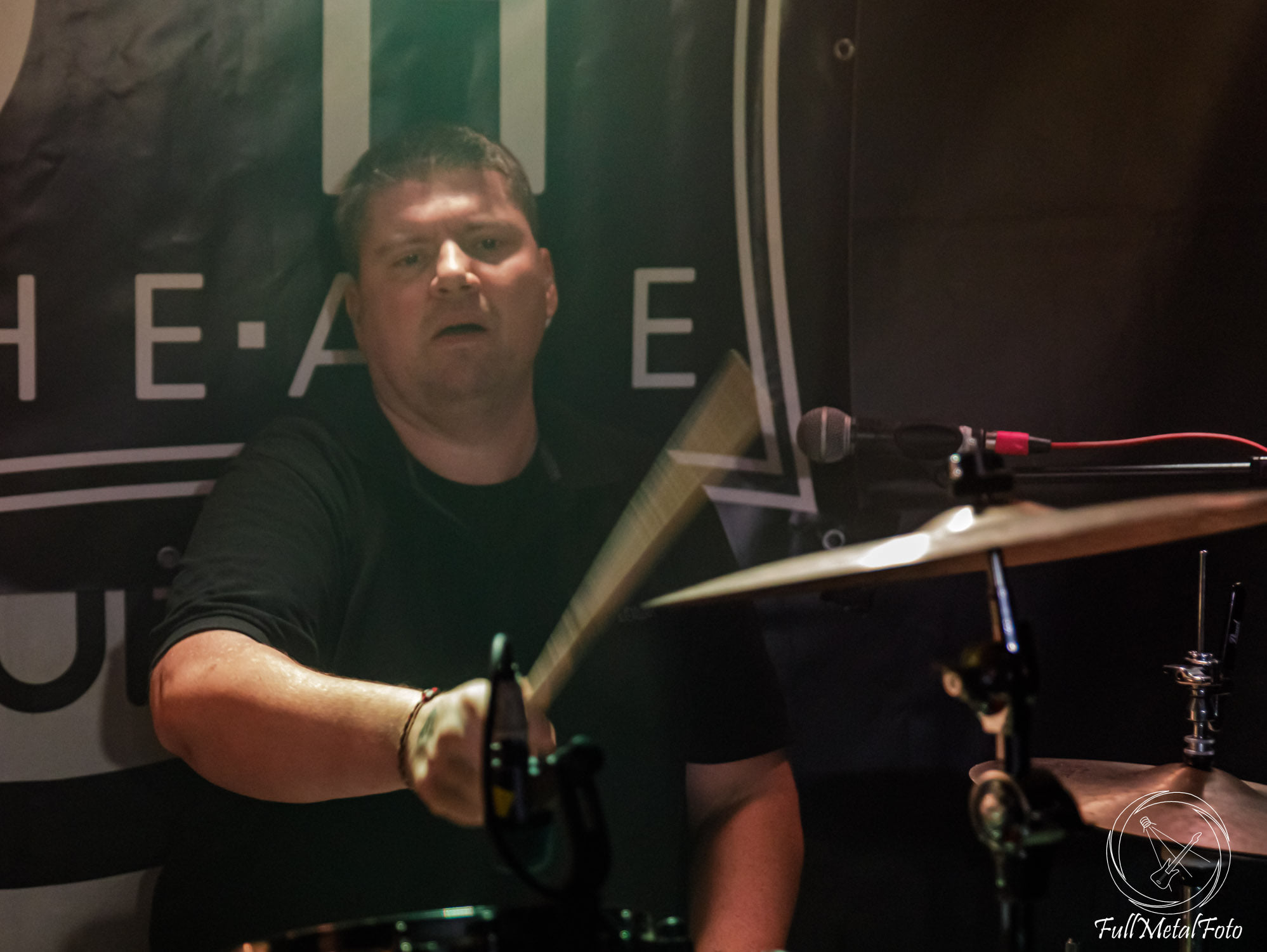 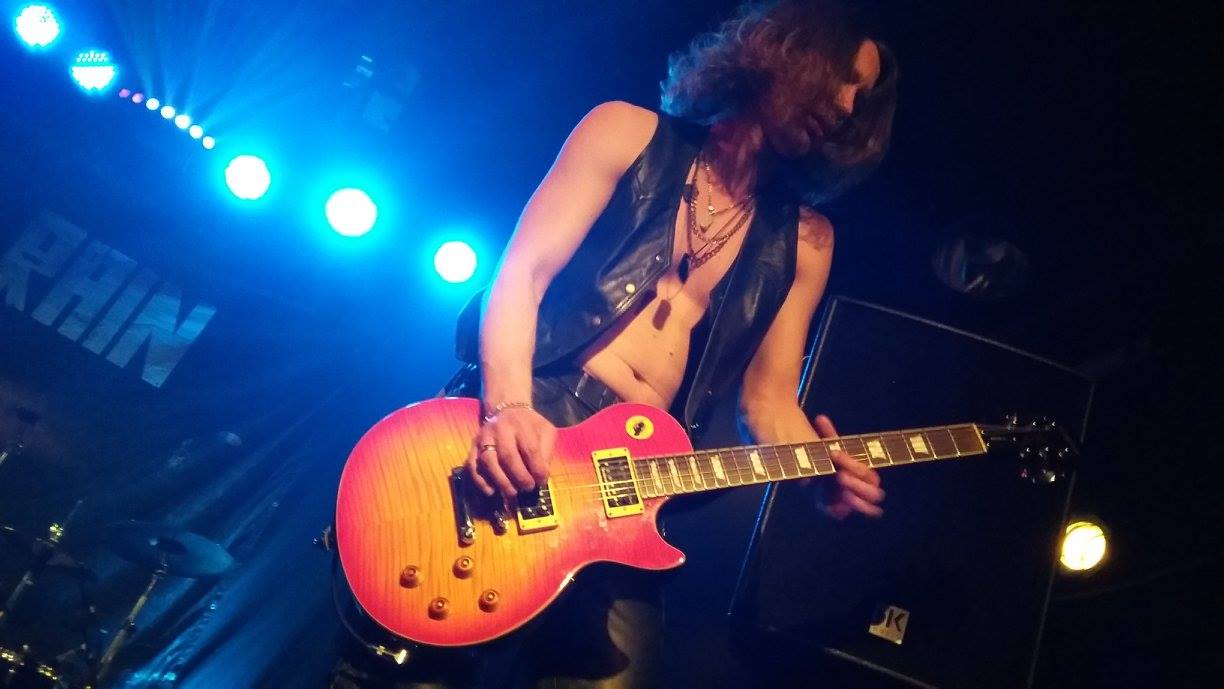 The trio consisted of Thomas Faust on the drums, Florian Pecora on lead guitar and Michael Wiebusch on vocals and bass guitar. In the beginning Tob was the fourth member on the bass guitar. The podcast contains the songs Down the Drain (4:00), Idly By (13:41), Just like Yesterday (20:36) and Simple Plan (27:54). The interview is in German, but the conversation also written down and translated into English in the following part.

When did you start making music? At first there were four of you, now you’re a trio.

Yeah, it’s been a while. In 2012 I had the idea that I would have to make my own music again. I looked it up on the Internet. Today it’s all on Facebook, I wasn’t registered at all then. There I had found something at Quoka. de, band is looking for musicians – musician is looking for band. And there I found the possibility to sit down as a singer in my nest, because there was an ad: “Band with rehearsal room is looking for a singer”. I showed up, there were three of them. The Tob, the Flea and the Thomas. 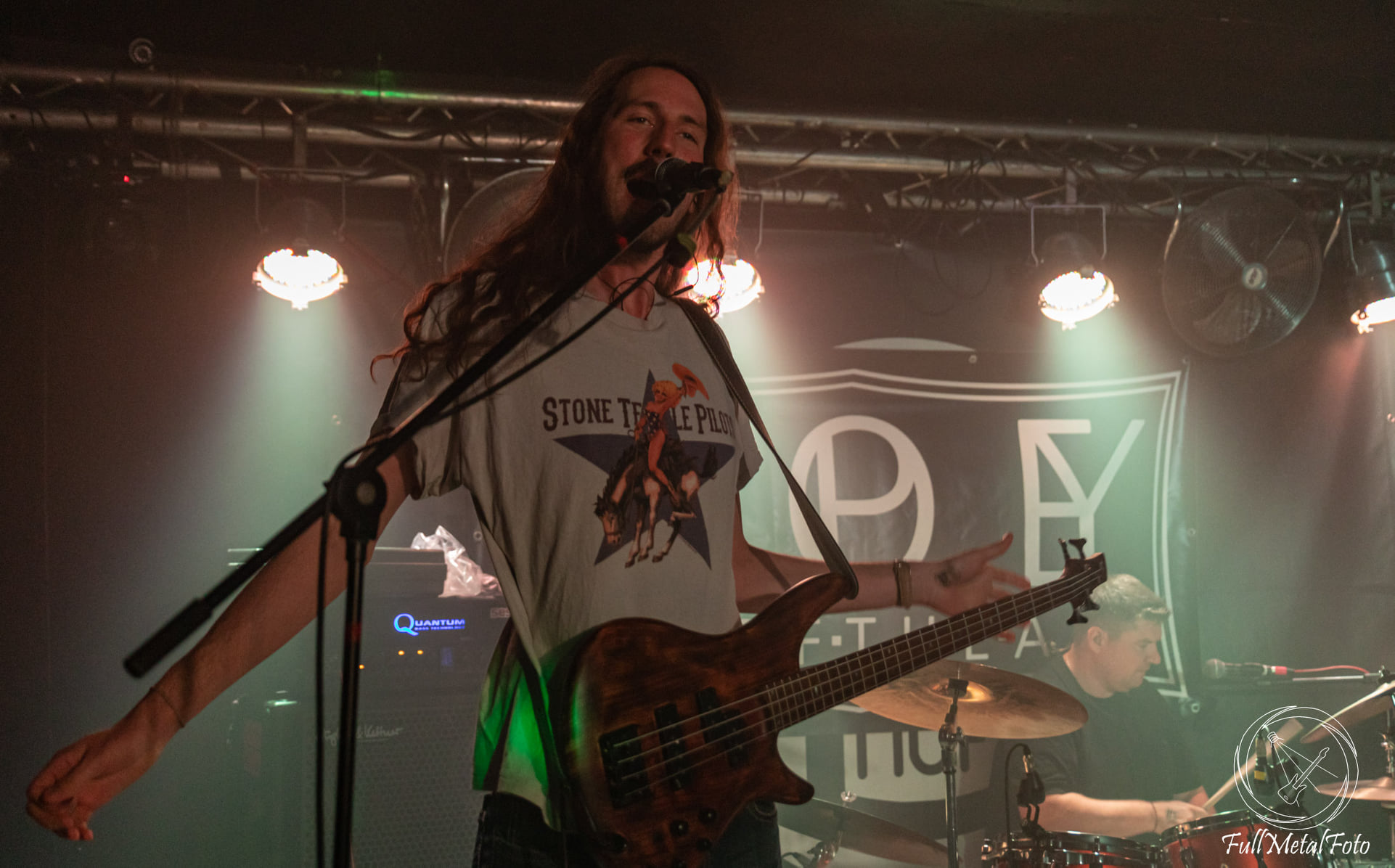 So you didn’t get together four of you, you joined the band then.

Yeah, they’ve been looking for a long time. At least two years and already rehearsed, but with moderate success and satisfaction. Last time they had a singer who cancelled the rehearsal regularly. When I appeared there, I was hired by them a short time later. That was quite nice and also fitted stylistically equally well. That was cool. I heard the three playing and they were really tight to the point with Punsh. So I thought: You can do something with that!

How would you describe your music? 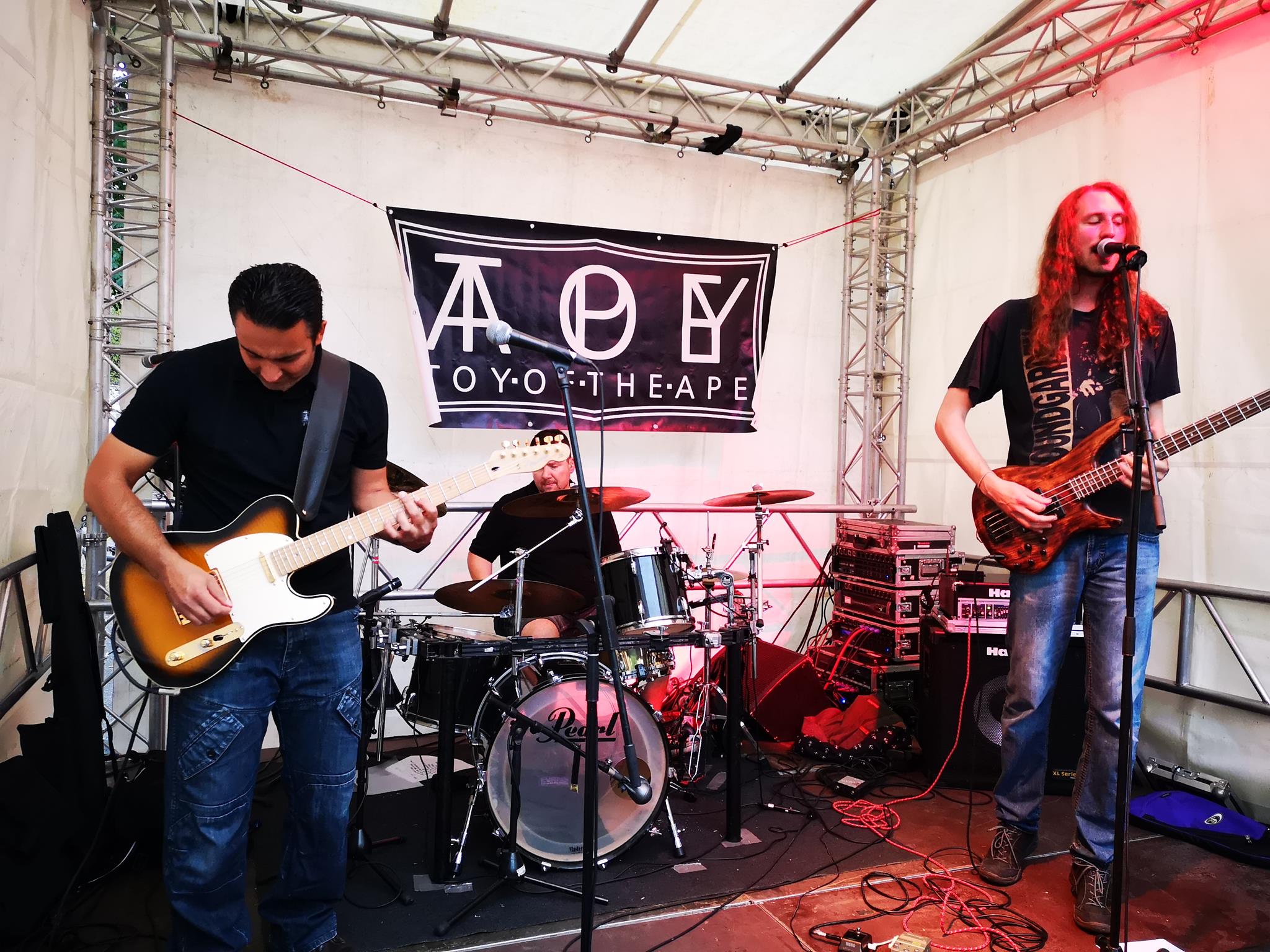 In your band time you also released two CDs.

Yes, a longplayer and an EP. The first, the LP, is called Ape of the Year. There was a release party in the Elfer in 2014, when he had moved relatively fresh to Sachsenhausen. There we released in the basement. The second was completed in spring 2018. The second one’s five songs, the first one’s eleven. 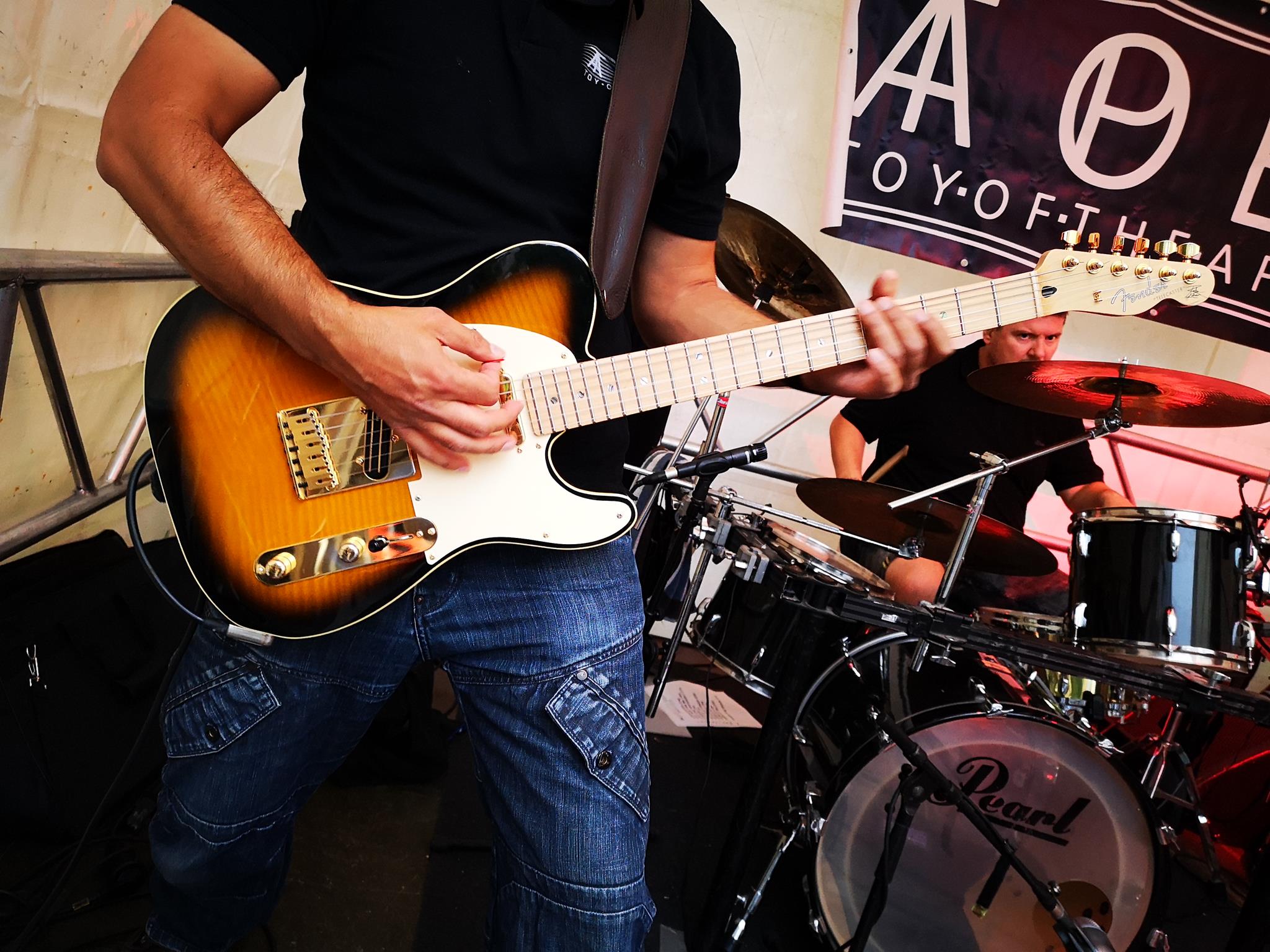 Tell me about the other musicians.

In the beginning it was fairly distributed, everyone did exactly one thing and did it as well as he could. Guitar, drums, bass and a separate singer who was me. Creatively it also went forward. They already had pretty cool riffs. At the beginning we had a very fruitful beautiful phase, where I could simply lay lyrics and vocal lines on already existing material in a short time. Then we had the first LP with the eleven songs, which was actually created after a few months. Well, at least the song material. 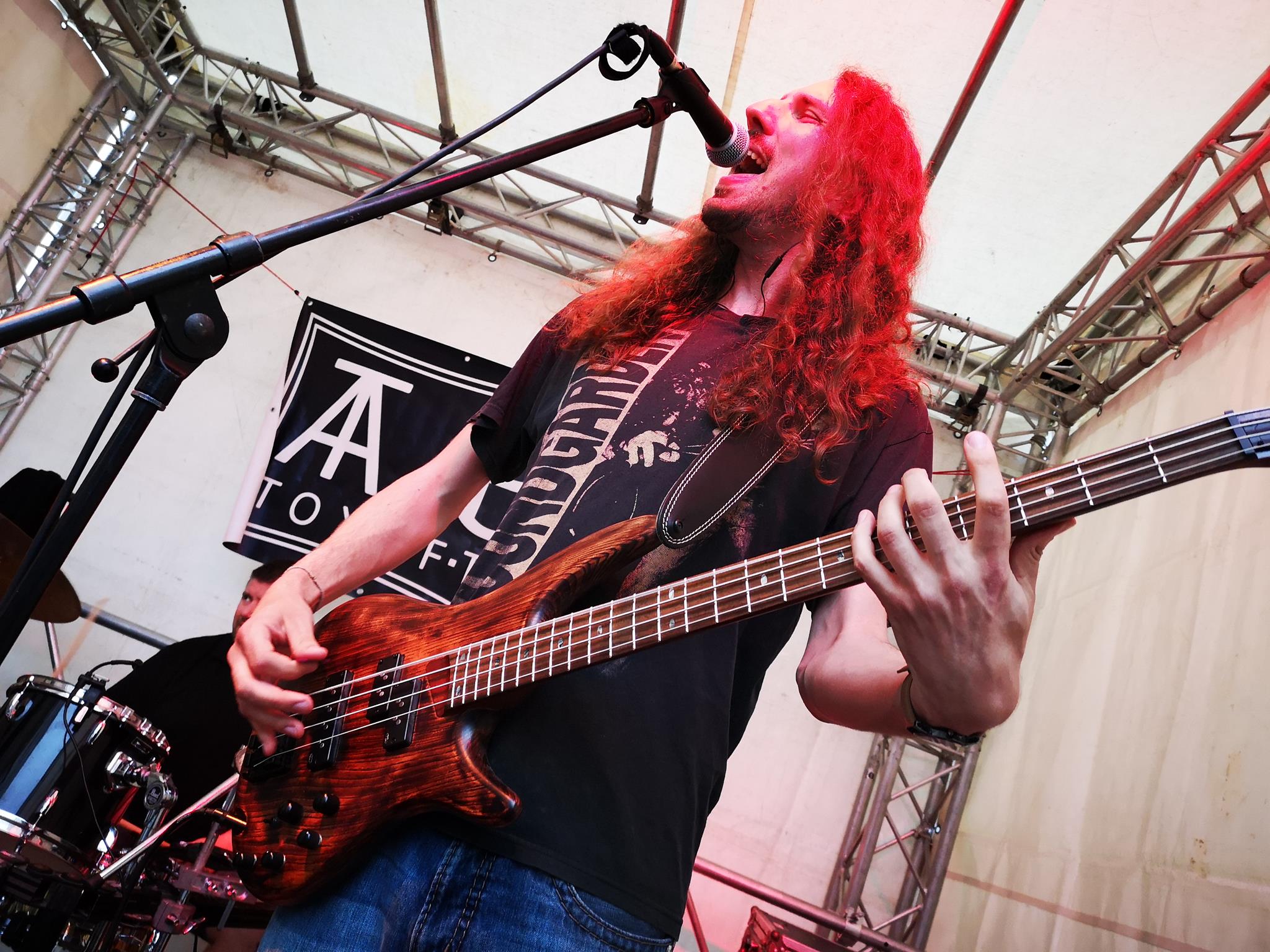 It just fitted. You and the music, it’s a beautiful combination.

Yeah, that fit, it fitted together. But then we stupidly thought that we needed good promotion material and recorded everything before we really got to the gig. That took over a year and was a lot of work. That’s why we got ourselves wrong as a studio band somehow. And we did the recordings completely on our own. The drums are recorded in the rehearsal room at Dornbusch. The guitar and bass at I don’t know exactly where defined places, but that went straight into the computer. And most of the singing was sung in a living room in Offenbach. I wasn’t in that shape then either. It took me a while to get the takes to sit. This would be faster now. But well, you also have to develop and that was six to seven years ago. 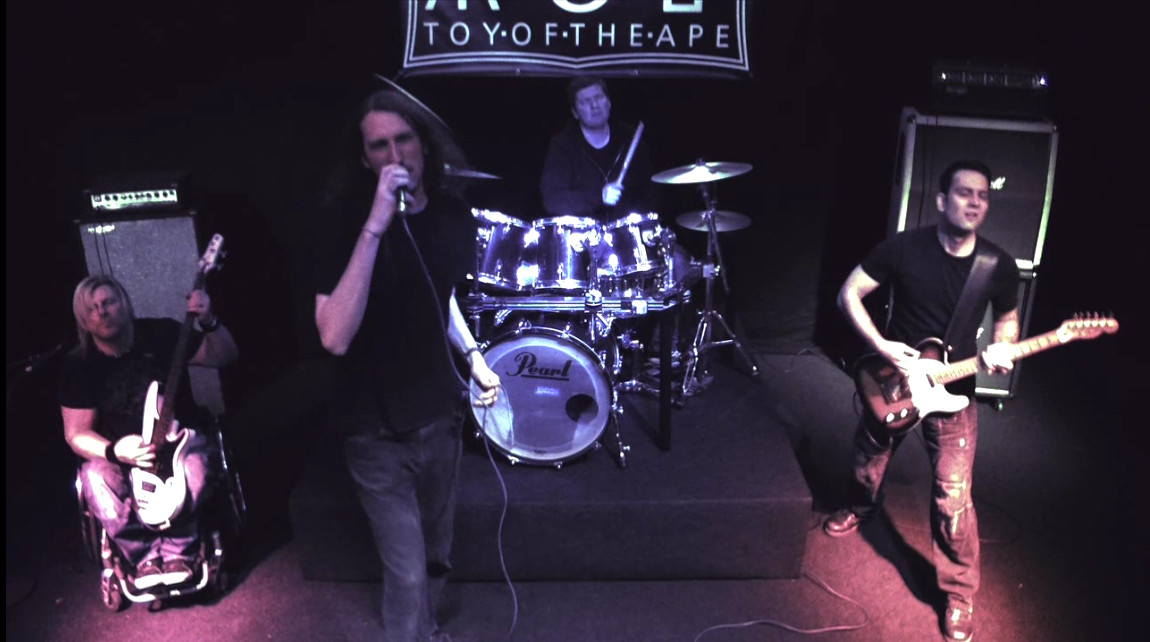 Some bands play for many years before an album is released, you just started the other way around. But then there were plenty of concerts.

Yes, but we’re not all the scene people who are all the time Hansdampf in all the alleys. We are more focused on the music. That’s good for the music on the one hand, and a pity for the world on the other. However, it has developed over the years and one has found one’s niches in Frankfurt. The city is also not really the rock metropolis of Germany. So the squirrel feeds itself laboriously. But over the years some very nice gigs came together.

We just heard down the drain. What’s with the song? 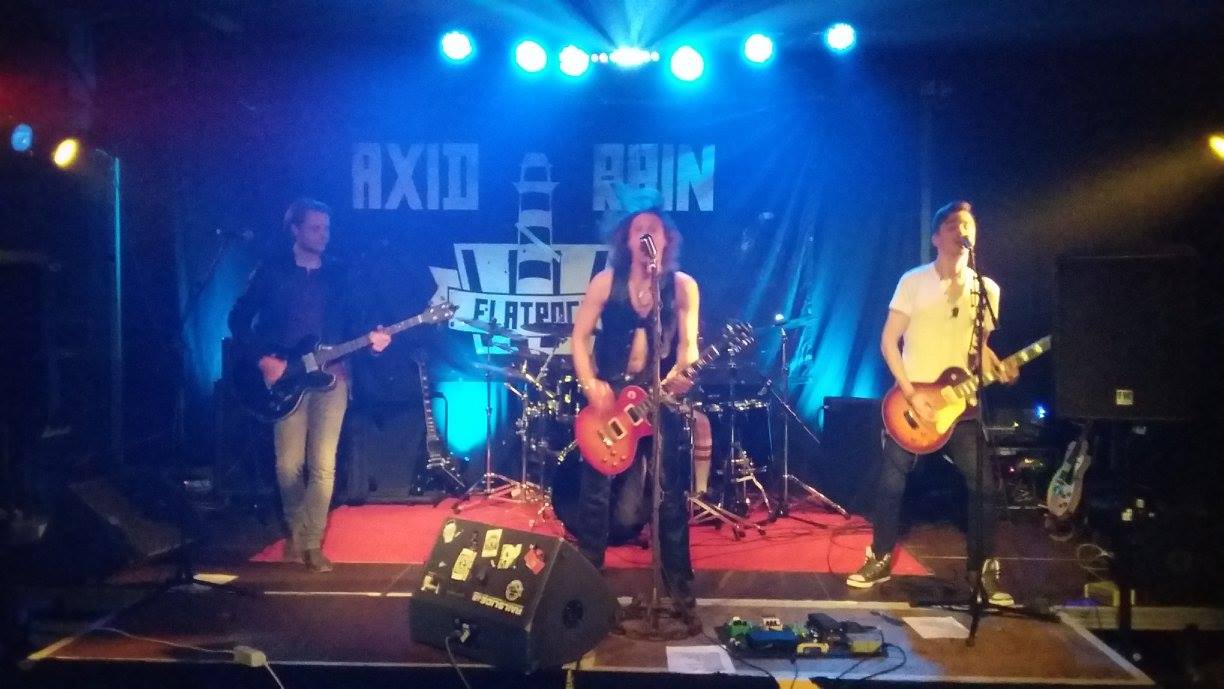 It just flows together well with you, therefore many also ask themselves the question, why do you dissolve yourselves then?

Yes well, when the interaction comes, it is a gift from the universe or the human psyche. So a band is not much different than a flat share or a romantic relationship. There are phases, they are simply dreamlike and other phases, there you simply have no wind in the sails. And then you can try to force something somehow, but that usually doesn’t work either. Then you can just say, we’re going to have a nice ending now, we’re going to play a few more times and have a good time. And then we’ll see where else life takes us. There are many new things and priorities, the other two are also family fathers and have two children. Then there were career changes.

Let’s play some more of your music, shall we?

Now we hear Idly By, from when there were four of us. Tob still plays the bass intro, which I now play. I still took over the bass function from Tob, we are now only a trio. But in the Idly By version on the CD the Tob still plays the bass. In the beginning I was a pure singer in the band, but I also played guitar and keyboard in earlier bands. But actually always sung. It’s always been my main thing. And write the lyrics. That’s what I wanted to do, that’s what I enjoyed. 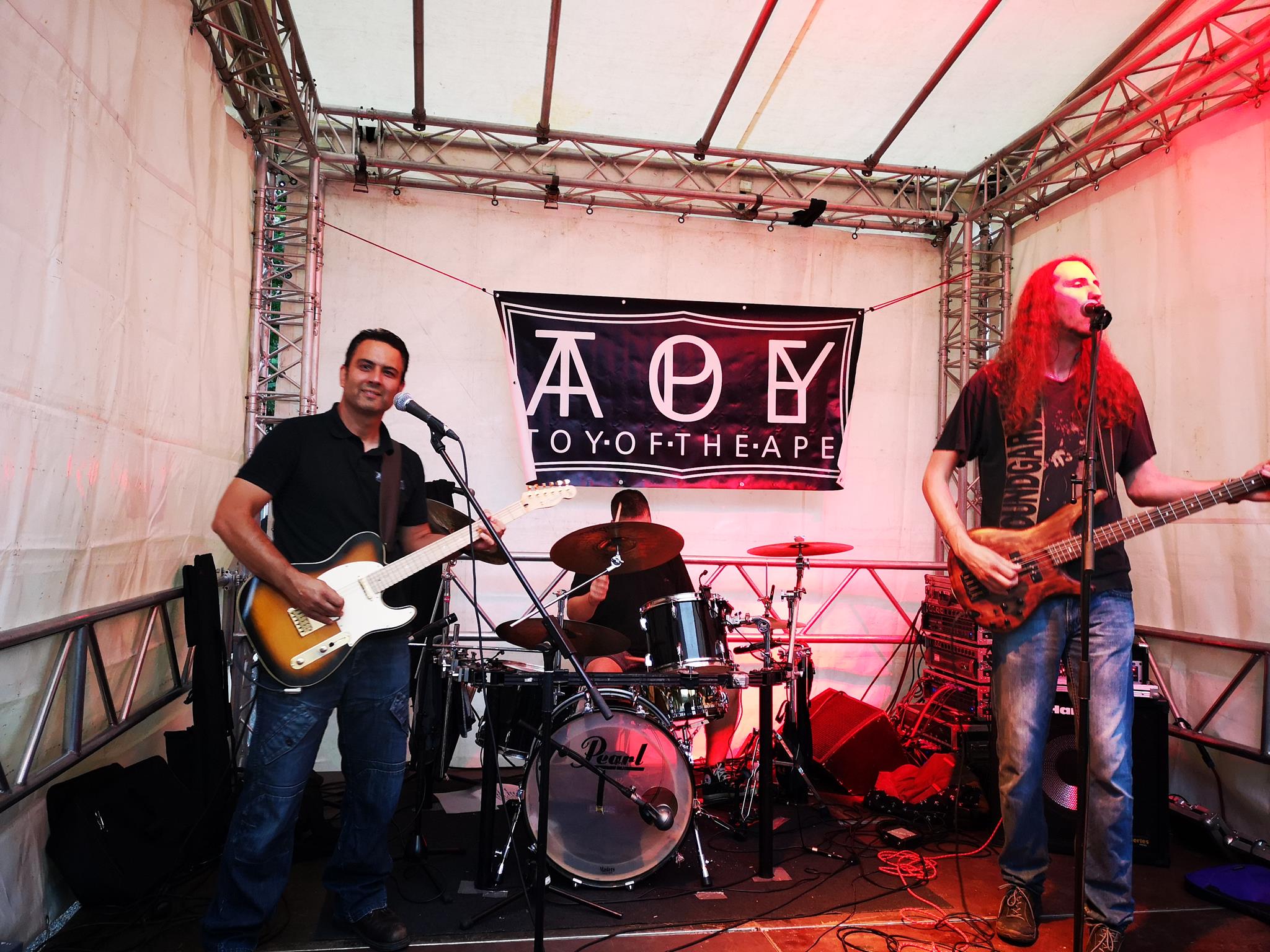 You made all your CDs yourself, so you could say that you are also your own label.

Yeah, we recorded it all ourselves. But you have to say that the EP is also completely mixed and produced by yourself, but for the LP a certain Roland from Hamburg mixed and mastered with it. An old Frankfurt friend and colleague of my band members, who is now in the music business in Hamburg and helped us a bit. With the graphics from the EP we also had some help from a dream club collective colleague, from PunktSprengtLinie Photography.

We’ve been in the 911 before. In Summasummarum, which is actually better known as Jazz Location. You can be pretty loud there, too. This is underground, under the little hell that unfortunately no longer exists. We’ve been to the pony yard. We got to play in bed once, that was cool too. At the Glowing Amber Festival. In the new rooms you also have more space and they have really good sound technology and great stage monitors. In Kriftel there is also a skirt shed, which is fun. The Satyr, we played there a few times. Recently we played in Hofheim on the city festival, or also in the E-Werk in Bad Homburg. This is also a very nice location. And last but not least at the street party of the Traumschläger Kollektiv, this is also a performance that was one of the most fun. It was really nice playing at the party in front of great people.

What’s with the name? Toy of the Ape, the monkey’s toy?

There’s a very nice story about it. Toy of the Ape refers to the Stanley Kubrick classic 2001 – Odyssey in Space. And in the beginning the great apes attain this human consciousness and use tools. The monkey discovers the bone and sees the possibility of killing animals and defeating enemies with it and triumphantly throws the bone into the air. Then there’s this famous cut and the bone becomes a spaceship. That’s the nice story. Toy of the Ape. She’s made it up afterwards. So, haha. Because we are so often asked about it. That could be imagined. Pop culture references are also always totally awesome. Especially when they refer to classics of film art. But that’s all made up in retrospect to make a nice story out of it. 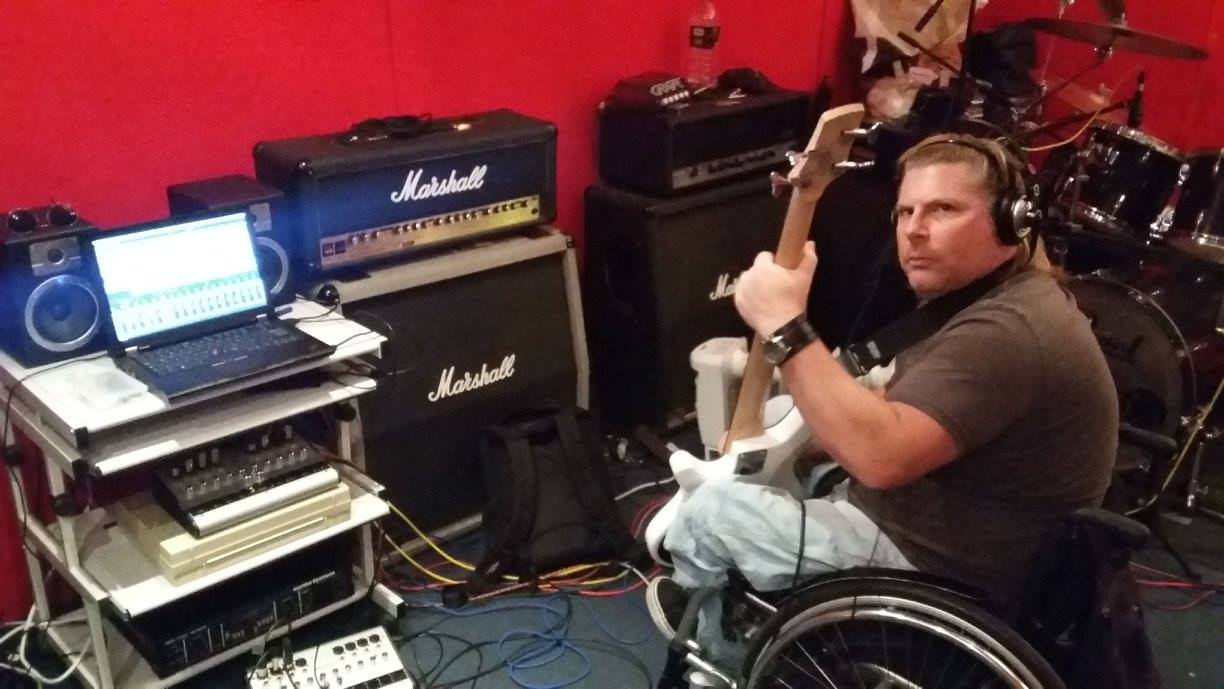 In fact, we needed a band name after all. So after a few weeks or months. Then we created an online spreadsheet where everyone could just throw in their ideas and we scored them with a certain voting. So we evaluated the results then. We actually entered this into the program bandname-generator.com and after around 135 clicks of the autogenerate button there plopped up as a result “Ape of the Toy”. Then we just turned it around and thought, yes, it fits somehow. So “Toy of the Ape”, sounds good. This suggestion quickly moved up to the top and we just turned it around and then we thought it was very cool! 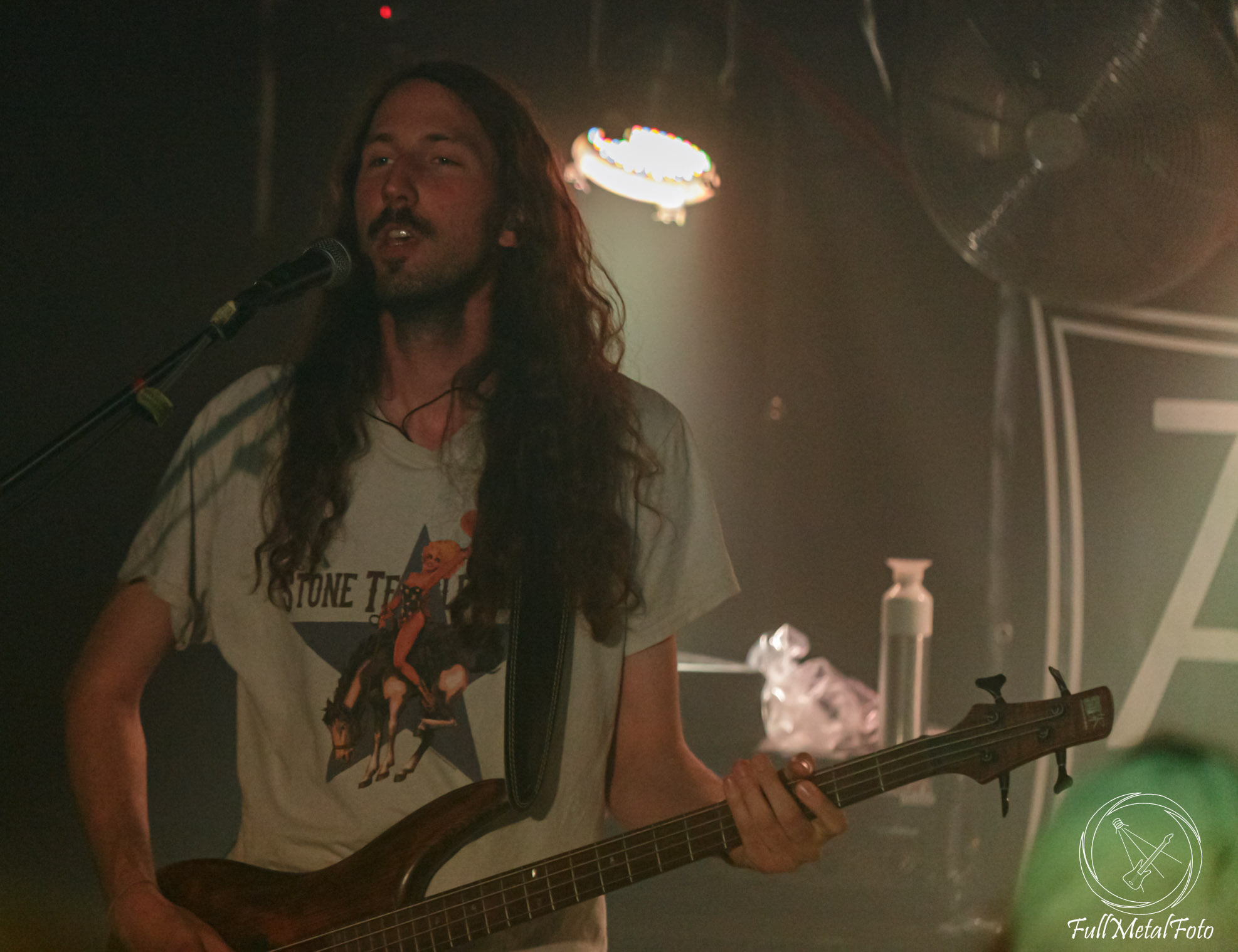 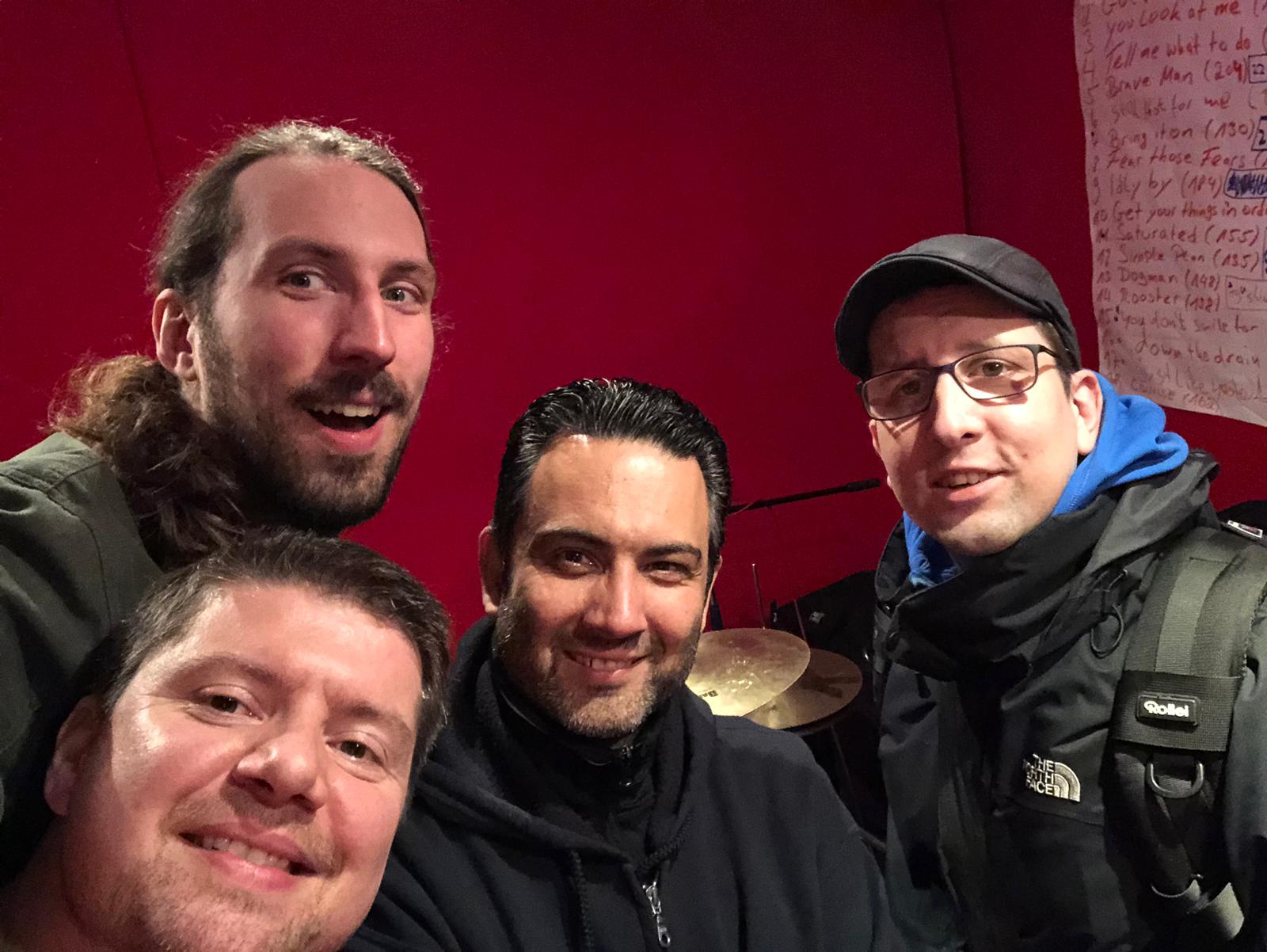