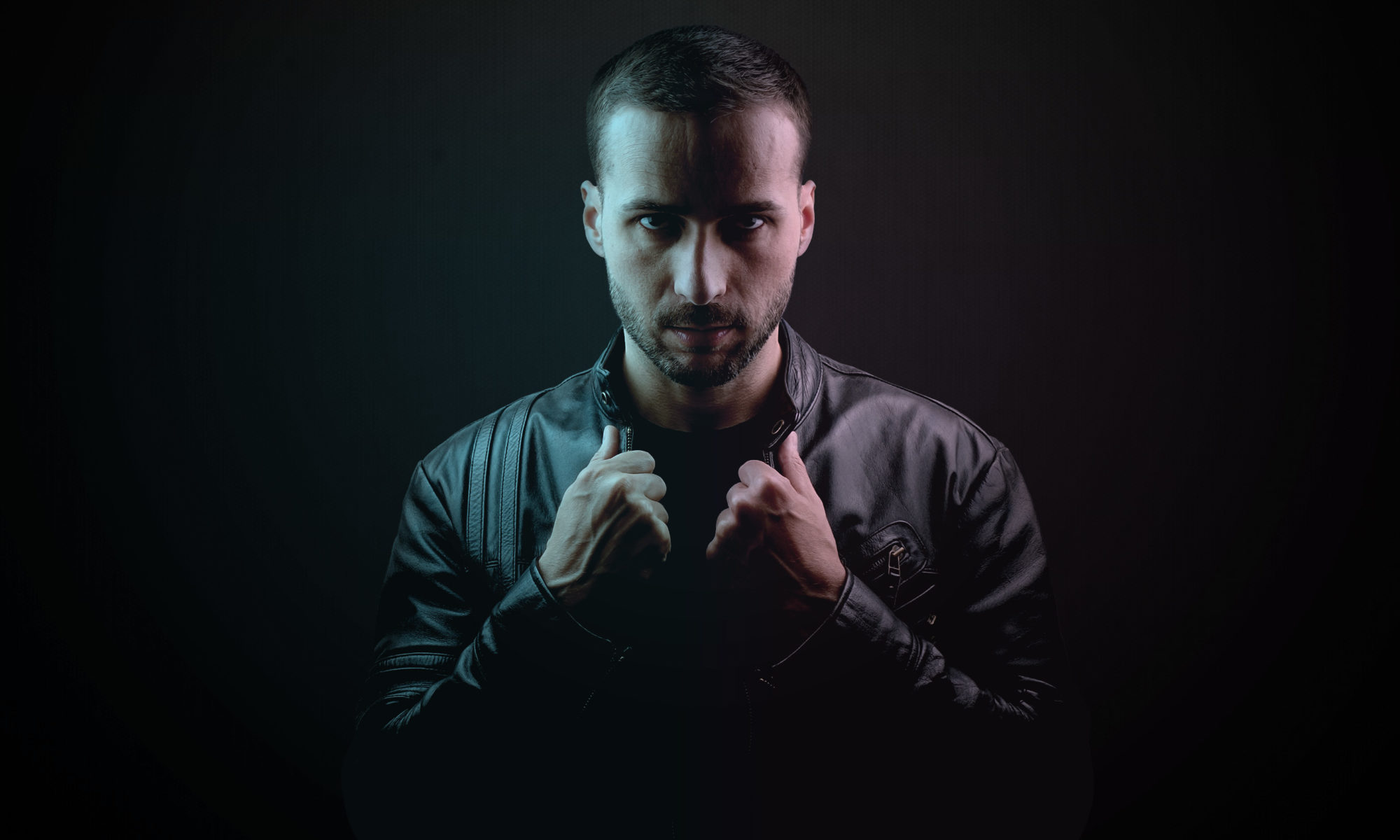 His name is actually Tomasz. Take the first two and the last two letters, the “s” is converted to “5” and the artist name is finished. TO5Z is a hobbyist, a creative, whose artistic works pervades several genres. Generally he produces music, but then combines the result with visuals. As a painter, he makes a picture, a graphic or a collage for his track. This portrait, in turn, then acts as a catalyst for the final puzzle piece of his project work during the creation: a high-quality music video. The works are thus created in an extensive reciprocal process in the mind of the artist, in his workshop, in the studio and at locations. The results are awesome. 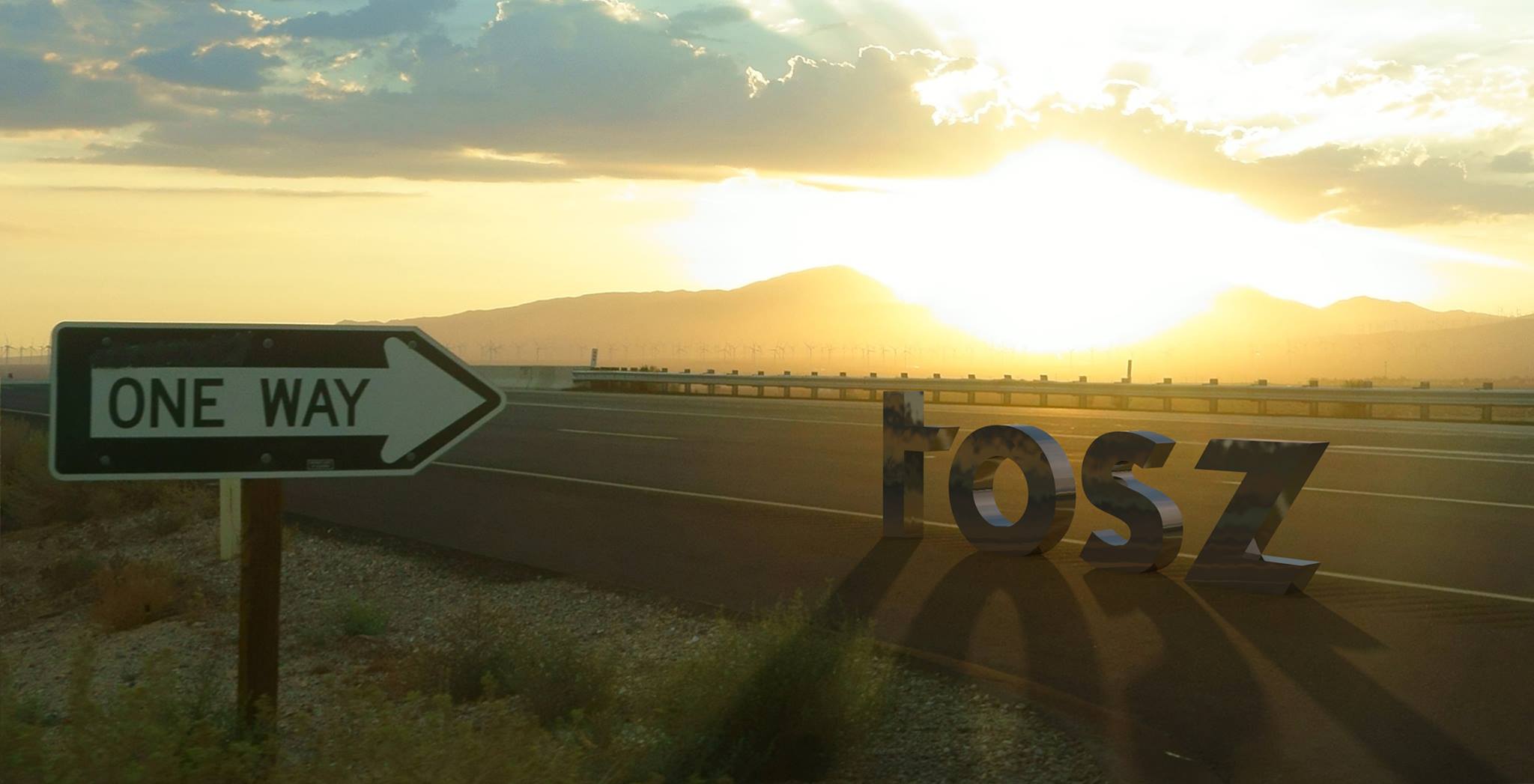 We had the artist in the studio at Radio X and talked about his work. The interview is available here as a podcast, and some passages are below. In between you will find some of the videos from TO5Z. 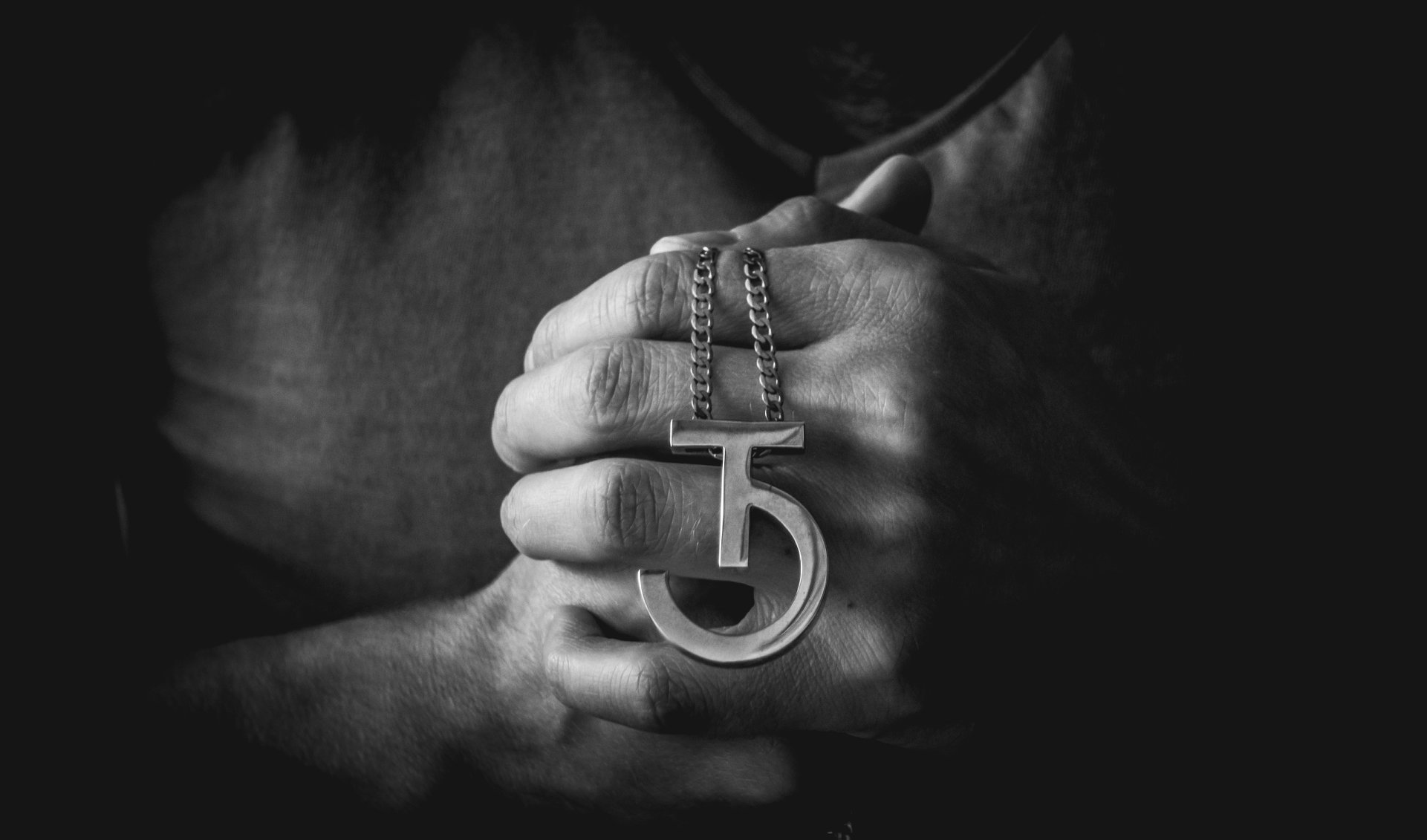 You’re in the ART archive, how did that happen?

The cooperation arose a few months ago. Almost on Facebook, we have become aware of each other. Due to the fact that I also publish quite a lot there, be it on my artist page TO5Z Music. I have to say, so “T” “O” “5” “Z”. This is derived from my birth name Tomasz. That’s a Polish name, so I just took the first two and the last two letters and made a “5” out of the “S” for marketing reasons. So much for that that’s cleared up and people find me too. Yes, then the ART archive came to me and has brought an article about me, which was also very successful, as I found. And I think the forum is also a great organization. The followership is also steadily growing. And that was a good way to showcase my art as well.

So basically your art is music?

My art is the music, but not only. I am actually a music artist and also a video artist. So I also have a Youtube channel. So Youtuber can be said and put almost monthly music videos and the associated making of videos online. This is, so to speak, a long-term project that runs until the end of 2019 and then there will be an art exhibition, because in the course of this music video also creates a painting, which is also the cover art for the piece of music, for the track, then the usual streaming Platforms is presented. And these cover arts actually exist as physical paintings. I think it will be ten or eleven at the end, so I’m not sure myself yet. But when the number is reached, then there will be a vernissage and there you can admire on the one hand the artworks, but also in a video installation the accompanying videos, which I then create each independently in collaboration with different artists. 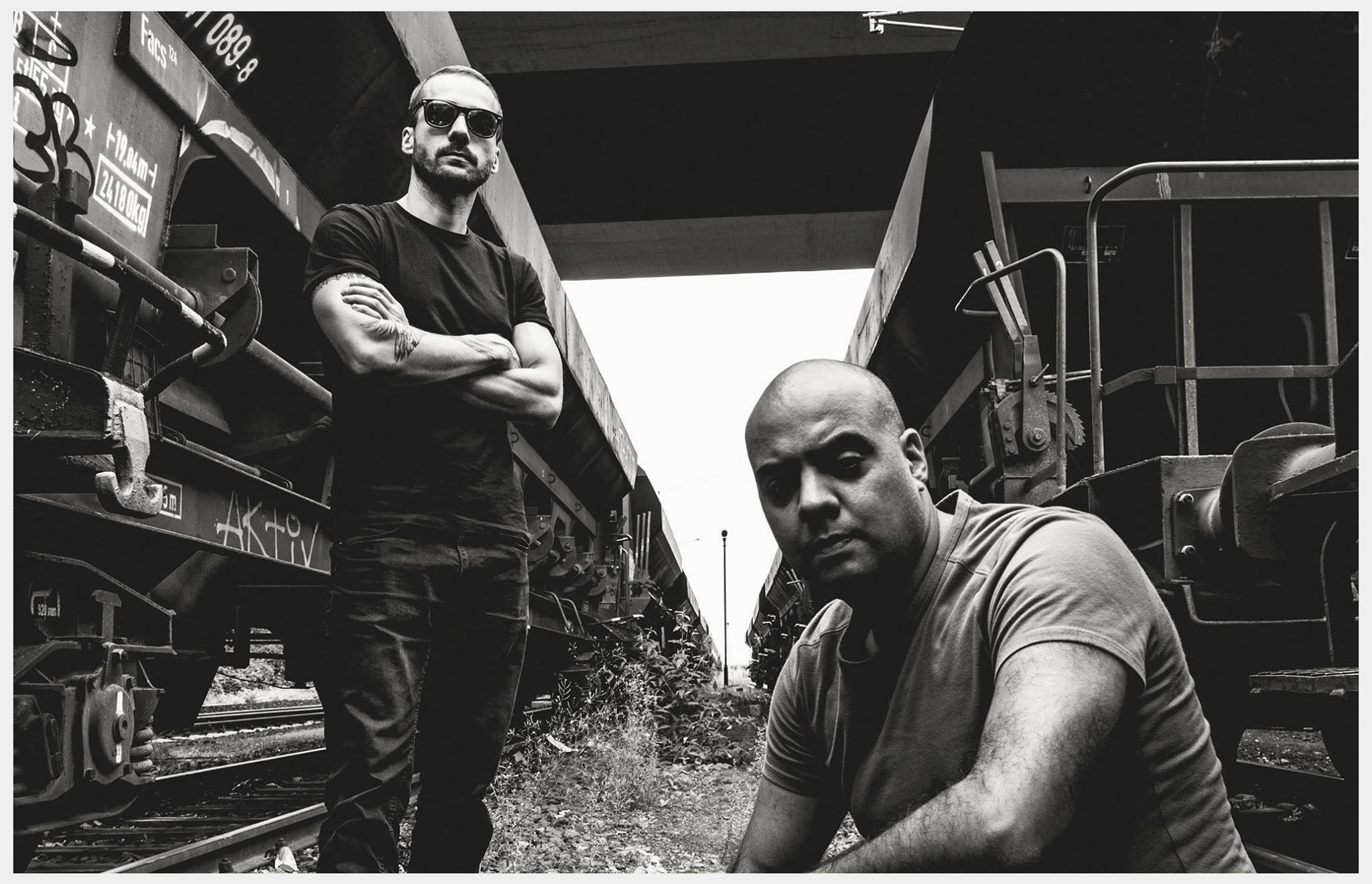 You’re from Frankfurt, will this vernissage be in Frankfurt as well?

That’s still open. So that will probably take place in December 2019. I am in conversation with various art associations. Maybe there will be something else in the course with the ART archive. So I’m still looking for premises that would be suitable. So that is still in the stars, but it is clear that it will take place. Where, I do not know yet.

You produce electronic music, but how would you describe your style exactly?

It’s actually in a drawer. Basically it’s electronic music, yes. However, this varies greatly in the pace. Sometimes I have 125 bpm in the track, so club-acceptable dance tracks. And now my last release last month for example had only 95 bpm. So that was more in the direction of Downtempo and Chillout. I worked with two different singers. One from Argentina and then another singer from the USA. And that was relatively vocal-heavy. So almost went back into the pop corner. Where the mood in my tracks is always relatively melancholy. And yes, you realize, it’s relatively hard to put that in a drawer. That varies a lot, depending on which artist I work with. That may even vary by season. So in the summer I try a bit, well how should I describe that for the pool to produce. And in the winter more for the clubs and the darker locations. So it’s best to listen in and then you can convince yourself how that sounds. 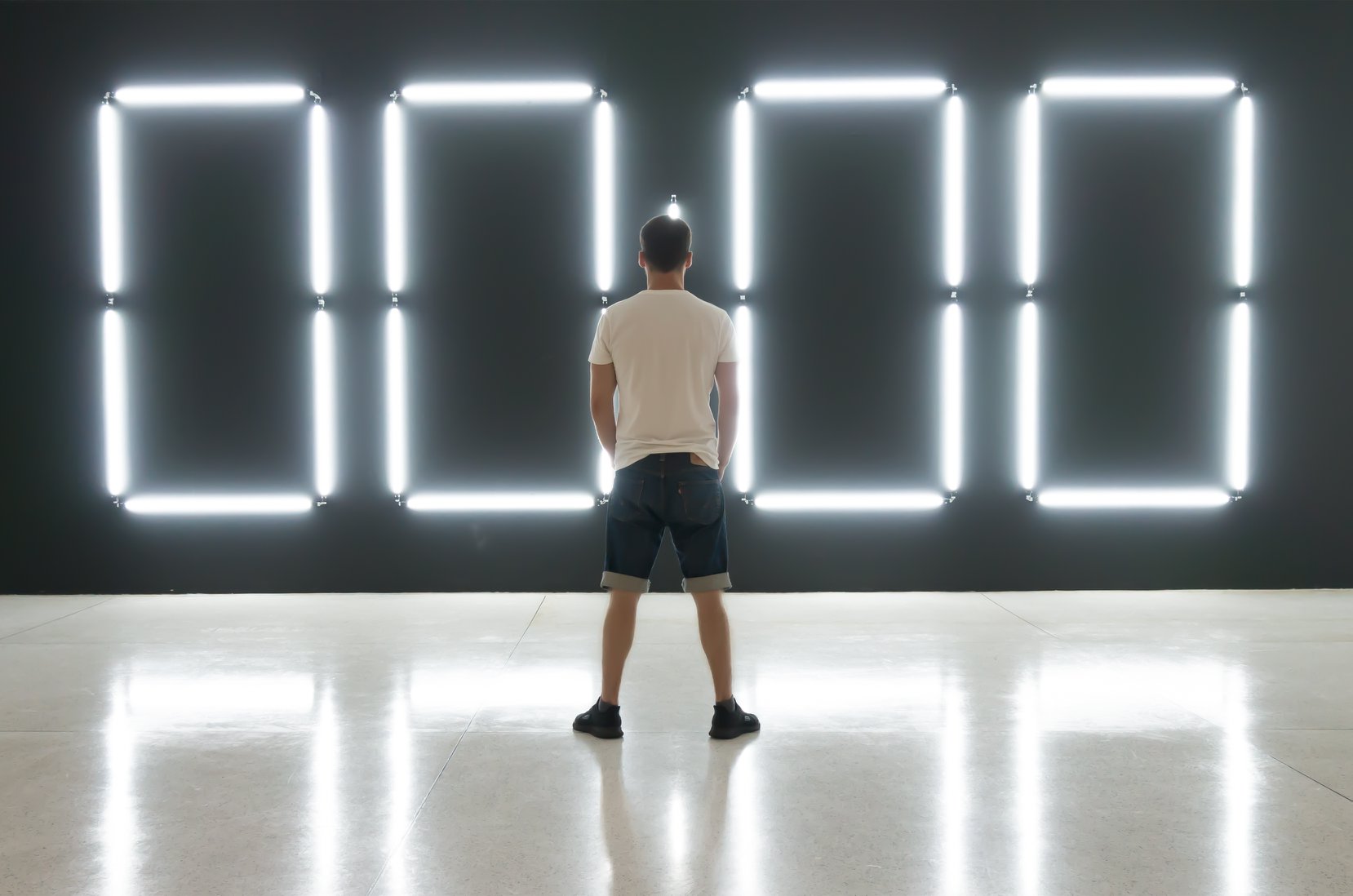 You paint, make the music, but also the video art.

Yes, that is as I said so an overall concept. And the boundaries are actually flowing. You can say I’m basically, so in real life, I’m already something completely different. Not something completely different, so something creative, I’m an architect. But trying to keep the working hours so low that I have enough time for my main passion, music, video art and painting. So then I can synonymous then time under one hat. First and foremost, I’m a musician and then I thought about this music at some point, that was three years ago, how can I best sell it? How can I best recite it to the people. It’s really loud on the internet these days and it’s super hard to be heard. And then I started producing my own videos and uploading the tracks on Youtube. And that’s why I have an official music release every two months now. But then with an accompanying video. And in the course of this video, there is again a video, an explanatory video can be said. This is called then or runs under the series “My Thoughts”, so my thoughts, so to speak. And there I stand a bit, so I kind of leave my thoughts open as this creative process ended. How did I get on this track, how did I write the text, how did the cover come about, so how did I paint it? And because of this physical painting, then the idea for the video arises. So the order is quasi, there is a song, then there is a painting and then a video is created. So basically these three steps, which run in each individual project in the order. That’s why you can not say it that simple, I’m just a music artist or video artist or painter, it’s actually a conceptual art you can almost say, where the borders are so a bit interlinked.

If people want to hear the nightlife in the evening, where do you hang up?

I’m actually very passive with the hang up. I’ve been back underground a couple of times underground, and recently I even did a warm up at a beach club in Frankfurt. This was the The Vicious series by Toni Rios, also a well-known name in the techno scene. But I was holding back a little bit because I do not think I’m the first choice for a DJ. There are people who do that better and they have a better overview of the music scene in general. I have to say quite honestly, I mainly deal with my own music. And most of all, when I hang up, then for the most part my own tracks. So that’s almost a live gig, which I present then as a DJ set.

Frankfurt is one of Germany`s most rough and extreme cities and not only becouse of it`s sykline it is considered to be the most American City in Germany. Also the cultural variety and the extreme social differences brought Frankfurt the nickname “Mainhattan”. Polish Born TO5Z, derived from his original Name “Tomasz” can tell a thing or two about social defferences. At the age of 7 his family and him have fled from the communist country and found a new home in one of Frankfurts suburban housing estates. Grown up between countless different cultural backgrounds it was mainly the American HipHop culture that TO5Z`s Generation agreed upon and influenced their Musical taste. It wasn`t until the early 2000`s when music loving TO5Z started to create his very own sound by producing his first mashups, remixes and mixtapes. Known for it`s rich electronic music and club culture Frankfurt also applied influence to TO5Z`s productions and so his initial HipHop and R`n`B tracks started to shift into a more electronic and dancable direction. 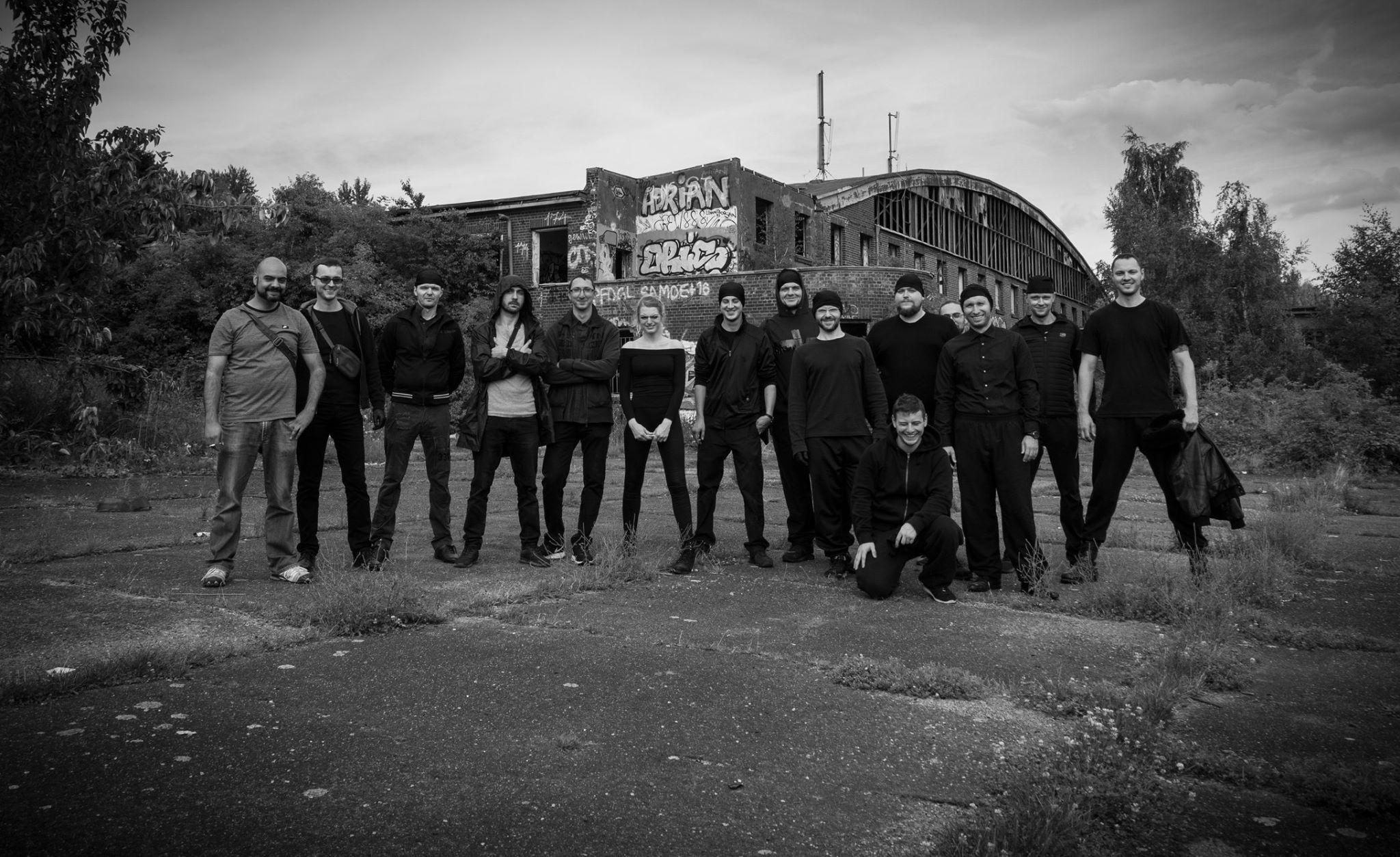 Today TO5Z describes his style as “Deep House with Afro-American influences”. Also musical styles like Jazz and Latin-American Rhythms like Bossa Nova flow in his productions. Besides the dancable tempo and a moving groove it is mainly the spacy and atmospheric pads and the crucial vocals that carry TO5Z`s tracks and add this certain Soul to it. Since 2017 TO5Z also works as a Video Artist and creates music videos for his tracks four times in a year. This video Project is based on collaborations with regional artists and people from all kinds of creative disciplines. The sounddesign as well as the visual output are kept open and being developed during the dialog with the artist. TO5Z wants to lay down a marker and create a memorial for the Artists, dazzling personalities and different thinking persons from his City. After many years of producing and a couple of radio plays, TO5Z now feels ready to perform his “Deep House with Substance”  and plays mainly his own productions at his live Shows.