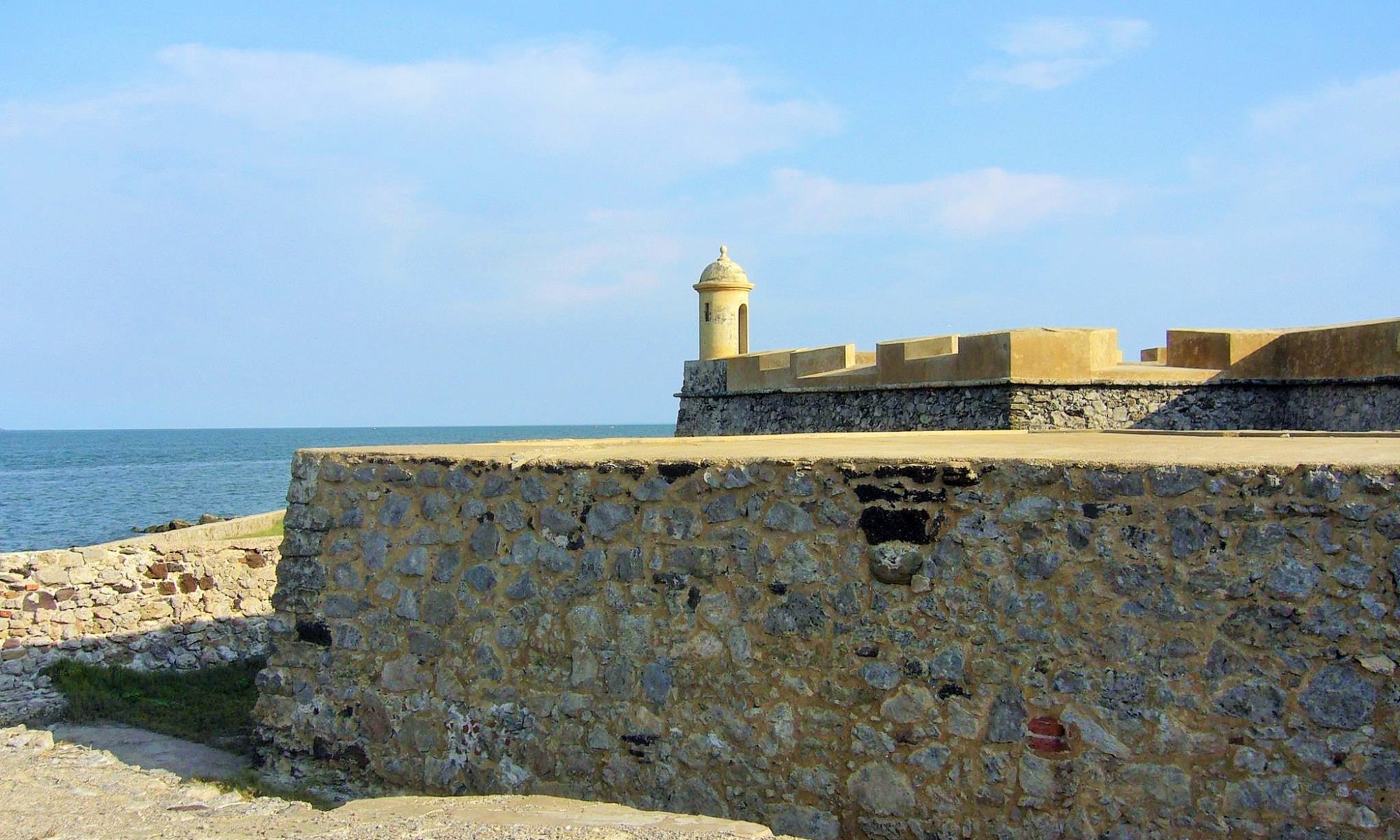 The castle of San Carlos de la Barra is a construction of colonial Spain, located on the San Carlos Peninsula, in the state Zulia. It was built in 1623 with limestone rocks, brought from Toas Island, at the entrance of the Maracaibo bar. The fortress was intended to protect the passage that connects Lake Maracaibo with the Gulf of Venezuela. At the time when Maracaibo was built it had been attacked and sacked several times by pirates and the construction of the castle was intended to have a true defense of the territory that would prevent pirates from entering the mainland.