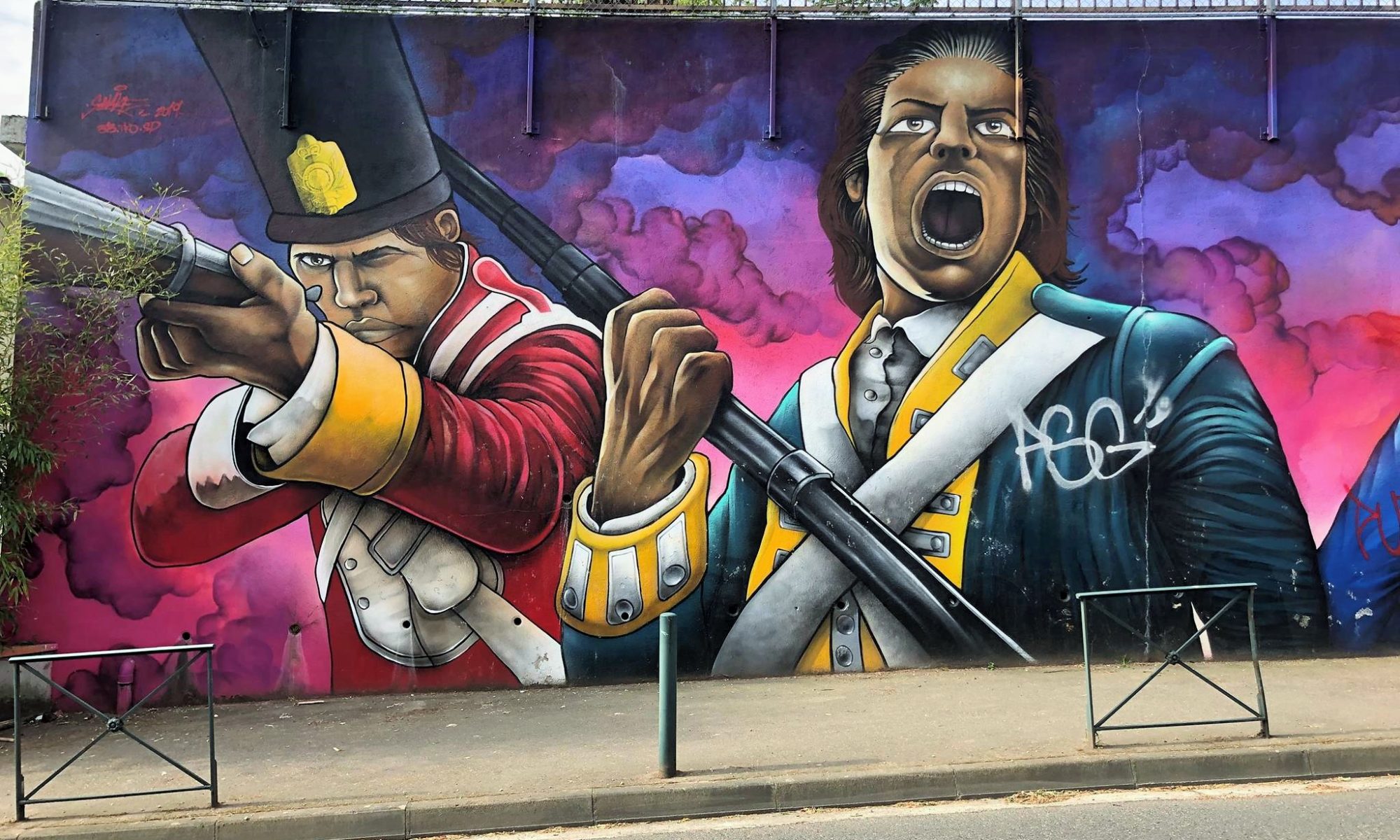 On the occasion of the commemoration of the Battle of Toulouse, April 10, 1814, an 80-meter long fresco was created by the artist SNAKE on avenue Raymond Naves, on the very spot where General Taupin, a French general of the Revolution and the Empire, was mortally wounded. This battle has fascinated historians, as it has provoked controversial debates on both sides of the Channel. The British claim victory, as the coalition army (English, Spanish, Portuguese) commanded by Viscount Wellington finally entered Toulouse on April 12, greeted by the cheers of the royalists. Besides the pictures of this great huge creation the photographer Julien Canadas made as well a short video. 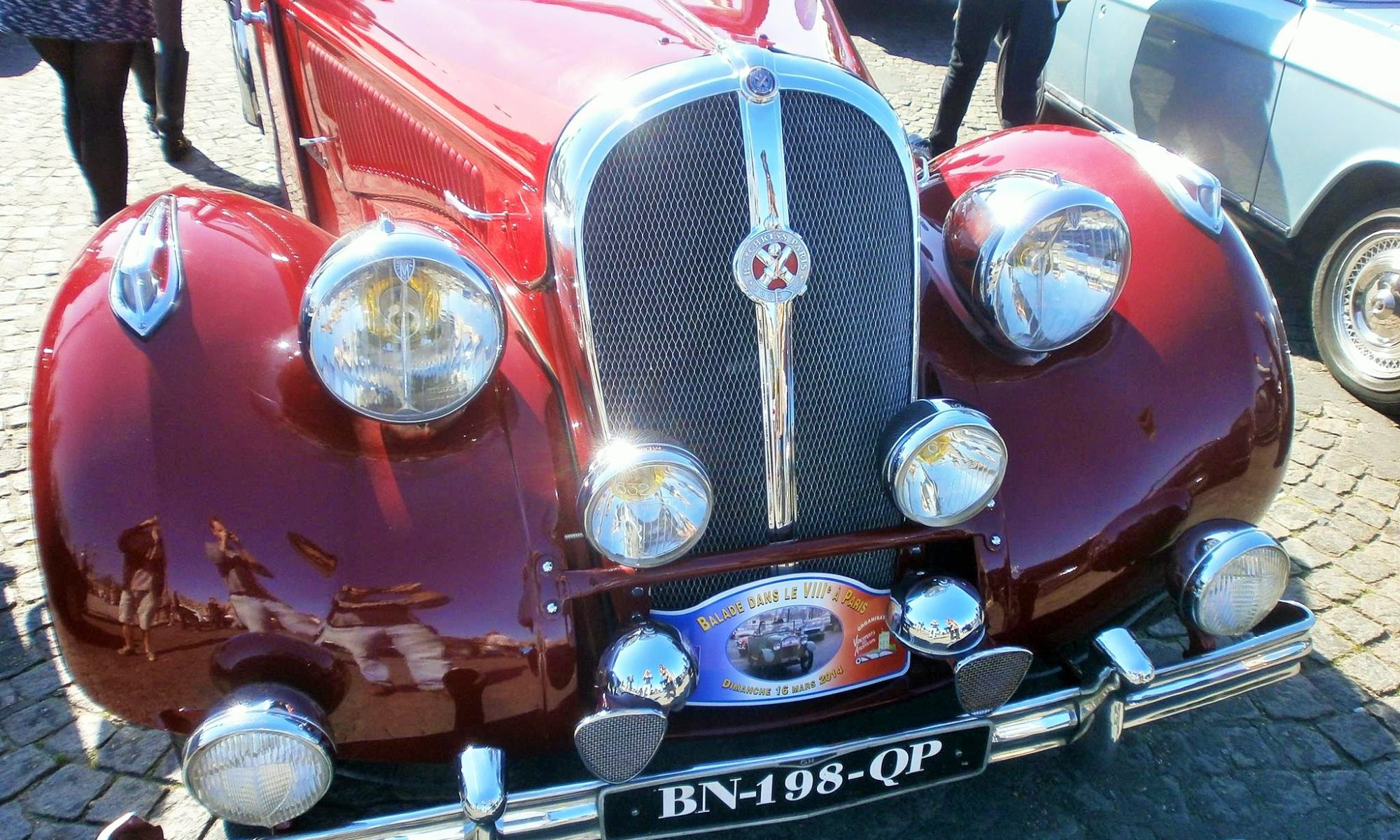 Old times, old captures, old cameras. During a visit of the beautiful capital of France we encountered a kind of open car fair or a meeting of exquisit car and oldtimer passionates. They gathered with their automobiles at the Carrousel du Louvre, that´s the park complex in front of the famous museum where you can admire the Mona Lisa of Leonardo da Vinci. 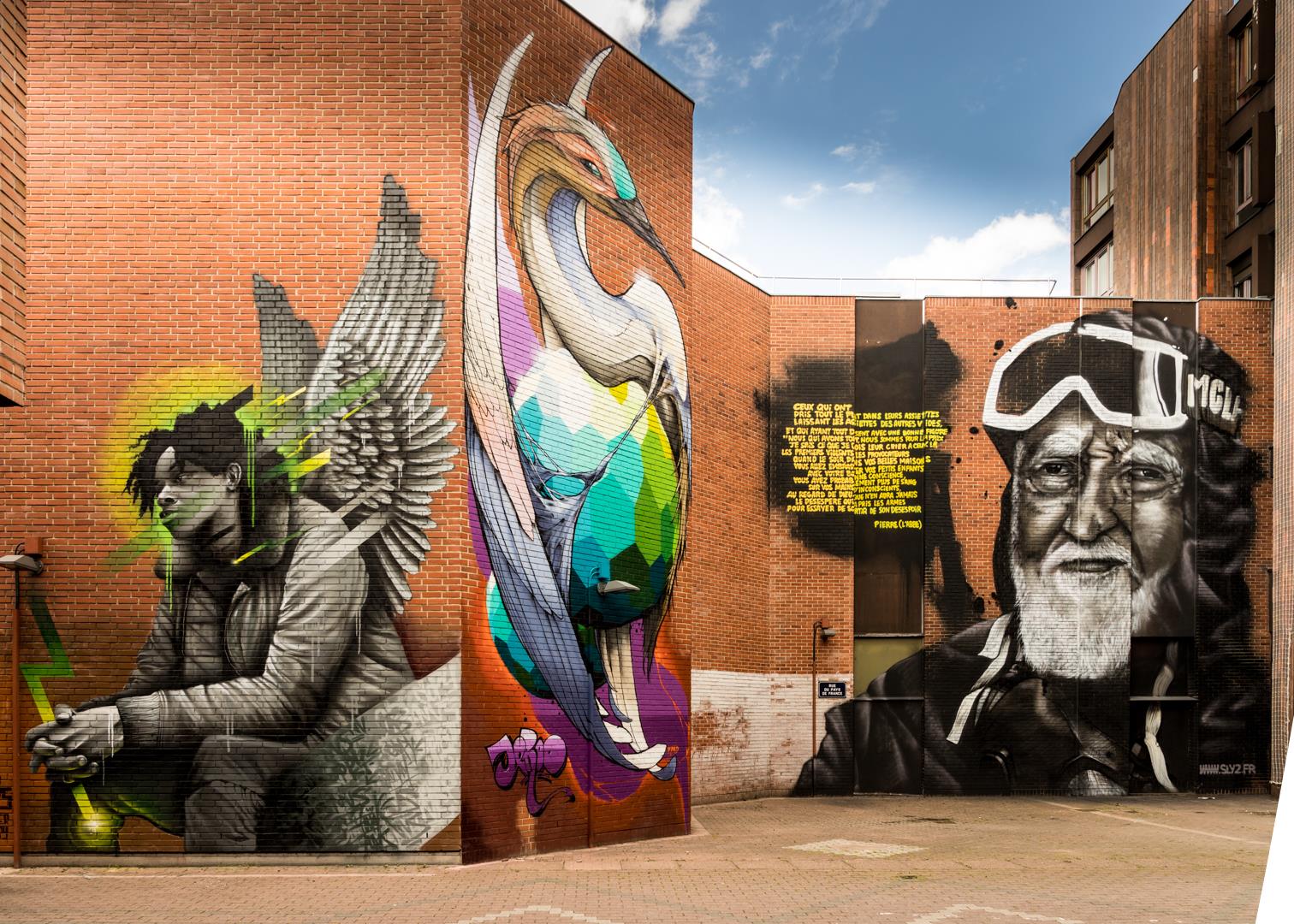 Milau Lutumba aka Delutu is a passionate reporter, photographer and réalisateur from Paris, the wonderful capital of France. On his Instagram channel he provides nearly daily new super amazing artworks, mostly from his city, but also from other exciting places in France. As well he runs an interesting Facebook account and a recommendable Youtube channel with heaps of interviews and reportages. This guy is excitingly busy and provides really good stuff! Definitely worth to look at! Here on the Vagabundler website Milau is building up the Streetart Map of Paris with wonderful creations from the city of the Eiffel Tower on the river Seine. 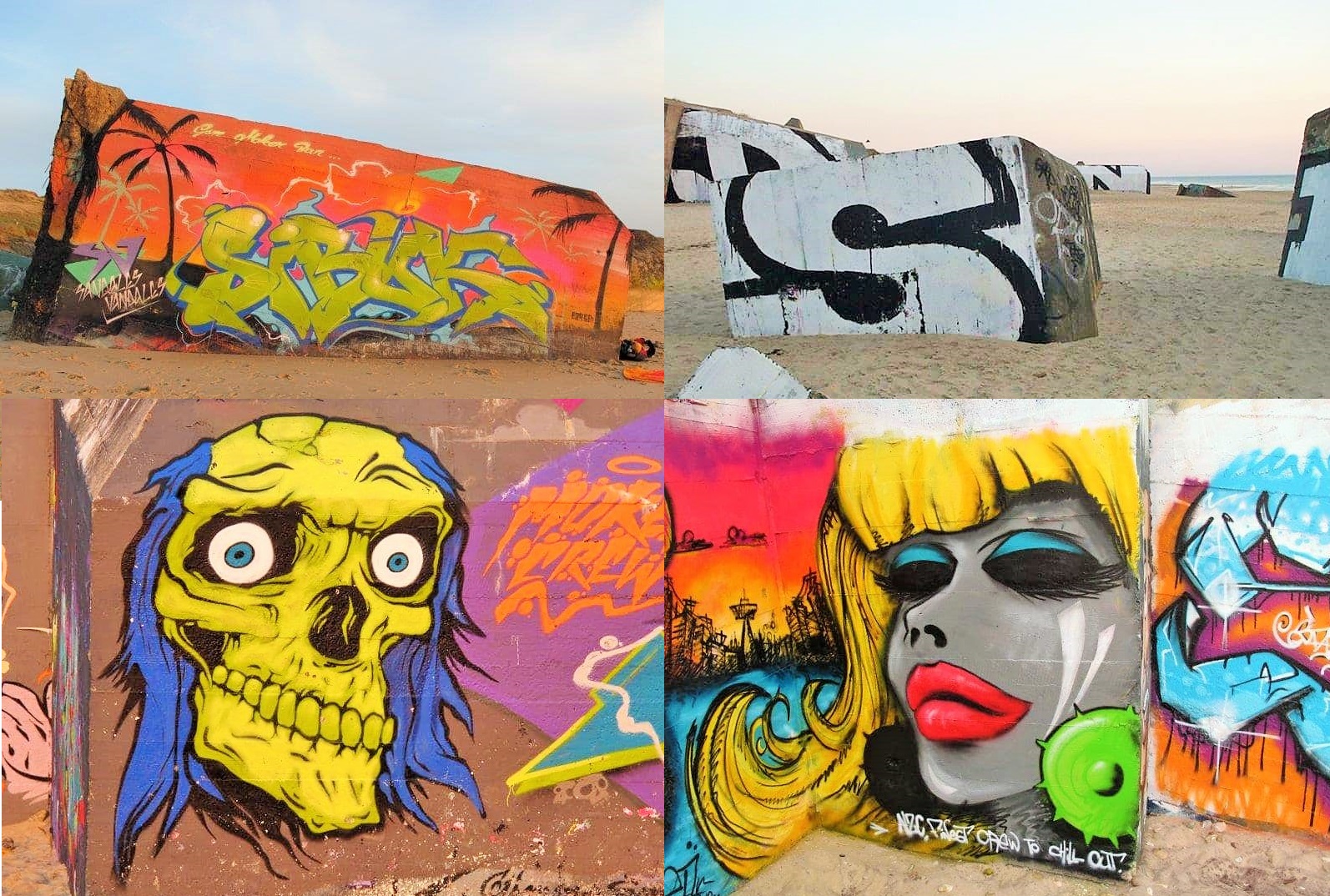 These photos were taken in Le Gurp in the south of France. Artful colours decorate the remains of the bunkers and former fortifications on the Atlantic coast, which are sinking more and more into the sand. Every year, sprayers and artists come from the neighbouring villages and from Angouleme, one of the strongholds of graffiti art in France. The redecorated bunkers shown are located in the bay of Le Gurp, the nearest place by the sea is Montalivet in the south. 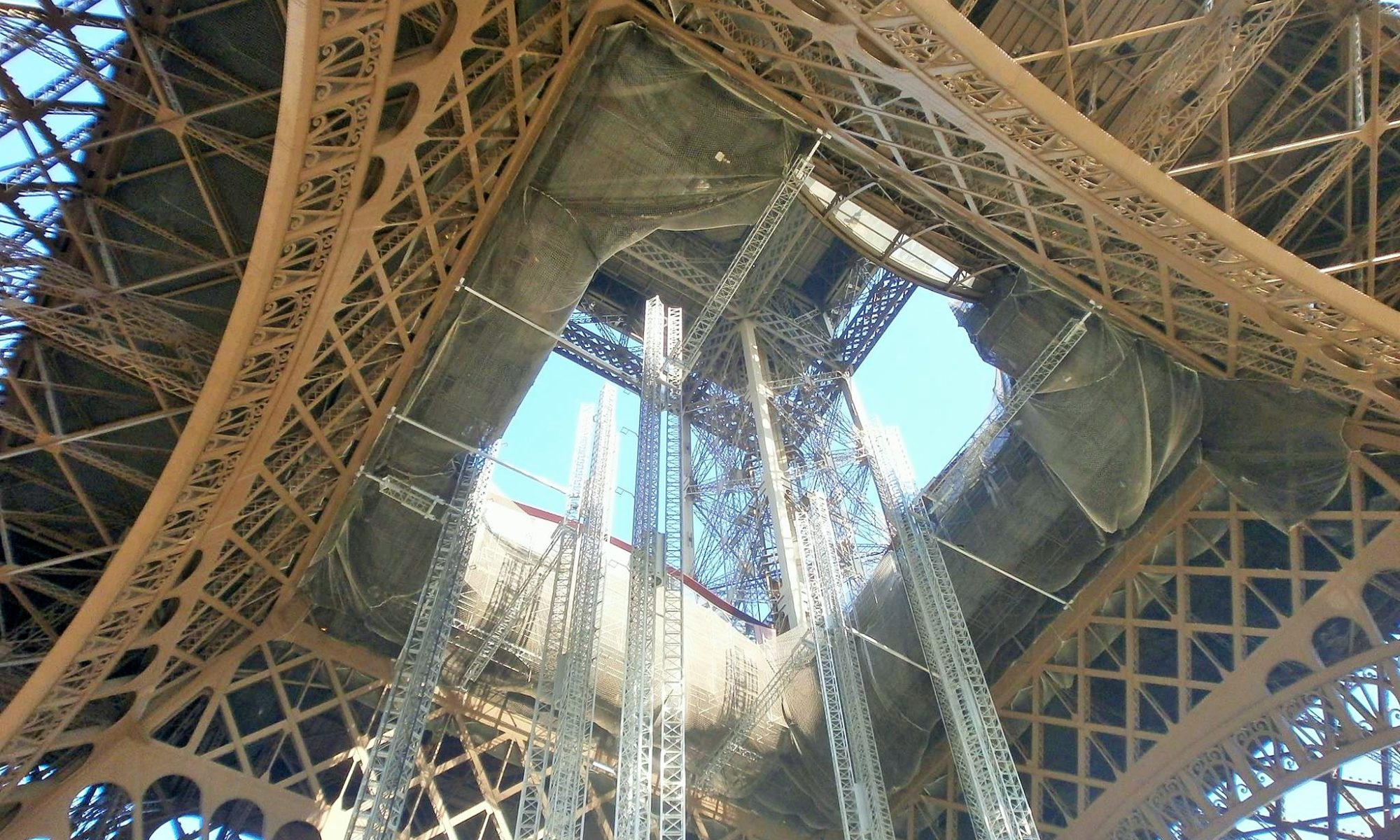 The Eiffel Tower (French: La Tour Eiffel) is a 324-meter-high iron truss tower in Paris. It is located in the 7th arrondissement at the northwestern end of the Champ de Mars, near the banks of the Seine. Built between 1887 and 1889, the building was erected as a monumental entrance portal and observation tower for the World’s Fair to commemorate the 100th anniversary of the French Revolution. Named after the builder Gustave Eiffel and at the time of construction still 312 meters high tower was from its construction until the completion of the 1930 Chrysler Building in New York, the tallest structure in the world. With the broadcast of the first public radio program in Europe in 1921 and the first French television program in 1935, the building contributed as a radio tower to the history of radio and television. The television tower is the main transmitter of the metropolitan area of ​​Paris and houses as a tower restaurant, the Michelin-starred restaurant Le Jules Verne.