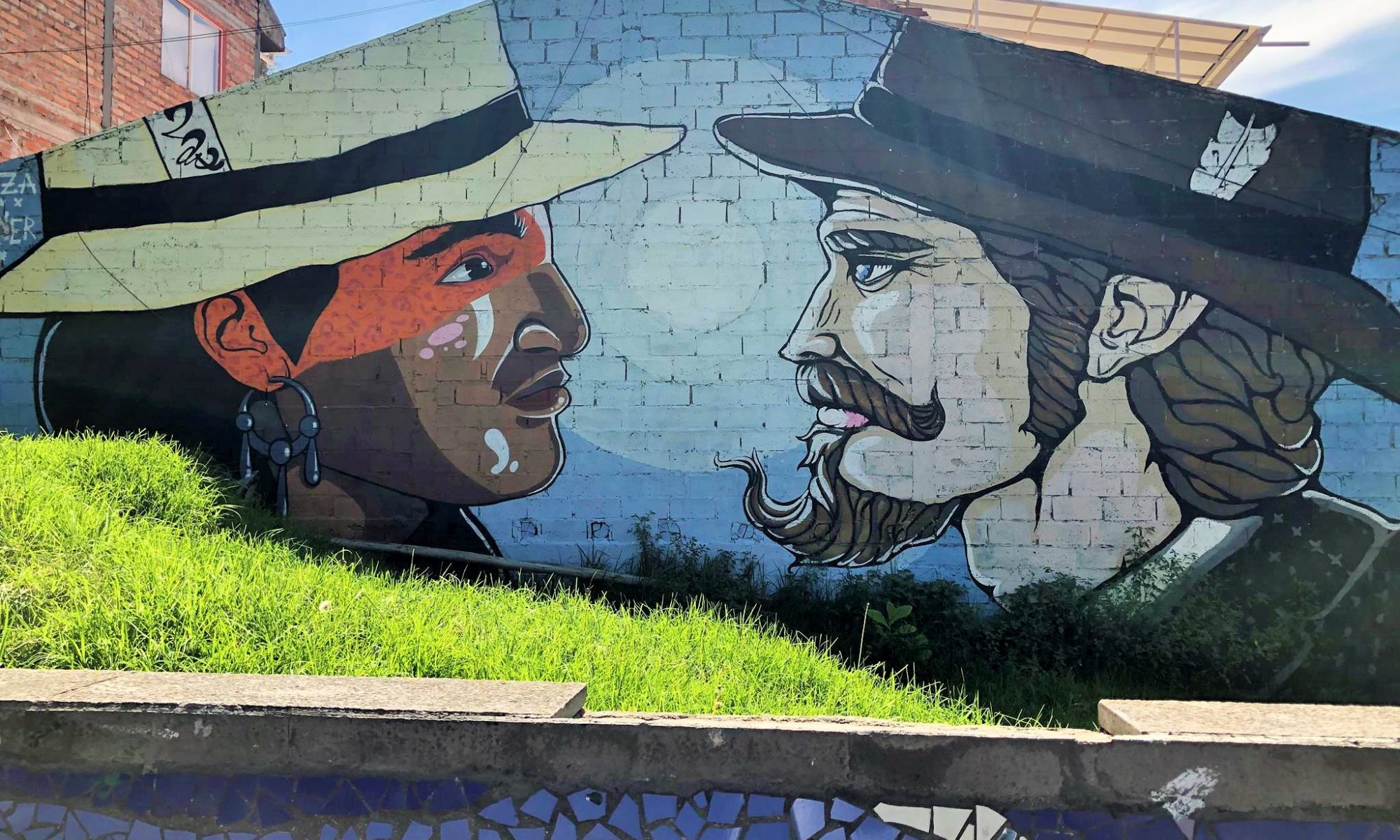 Cuenca was founded on April 12, 1557 as ‘Santa Ana de los Cuatro Ríos de Cuenca’ by the Governor and Captain General of Quito Gil Ramírez Dávalos. With around half a million inhabitants, it is the third largest city in Ecuador and the capital of the province of Azuay. It is located south of Quito in an Andean highland basin at an altitude around 2600 meters with the Río Tomebamba flowing through the city. Of course there are numerous great works of art in the urban space, many with influences from the art, tradition and culture of the indigenous cultures mixed with elements of today’s modernity.