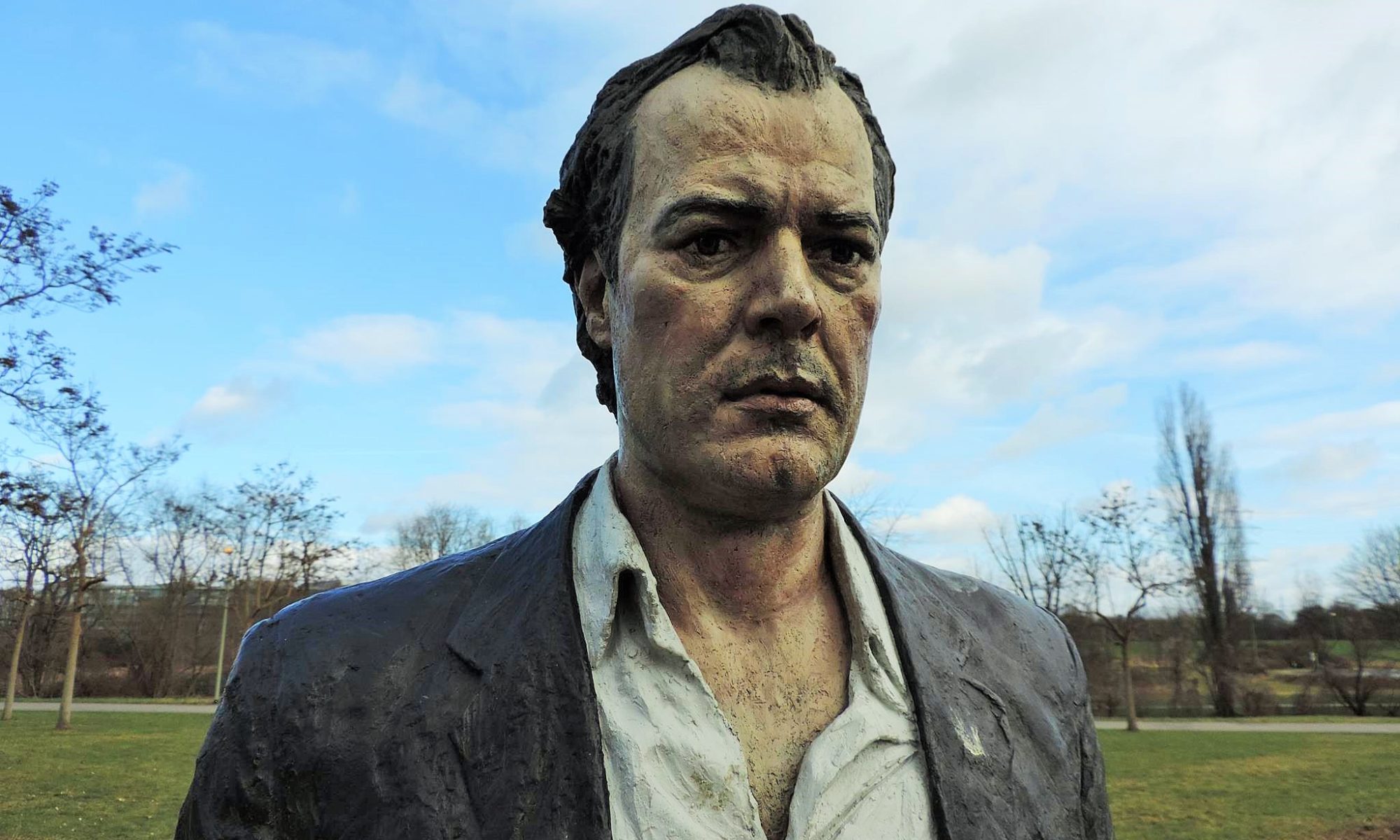 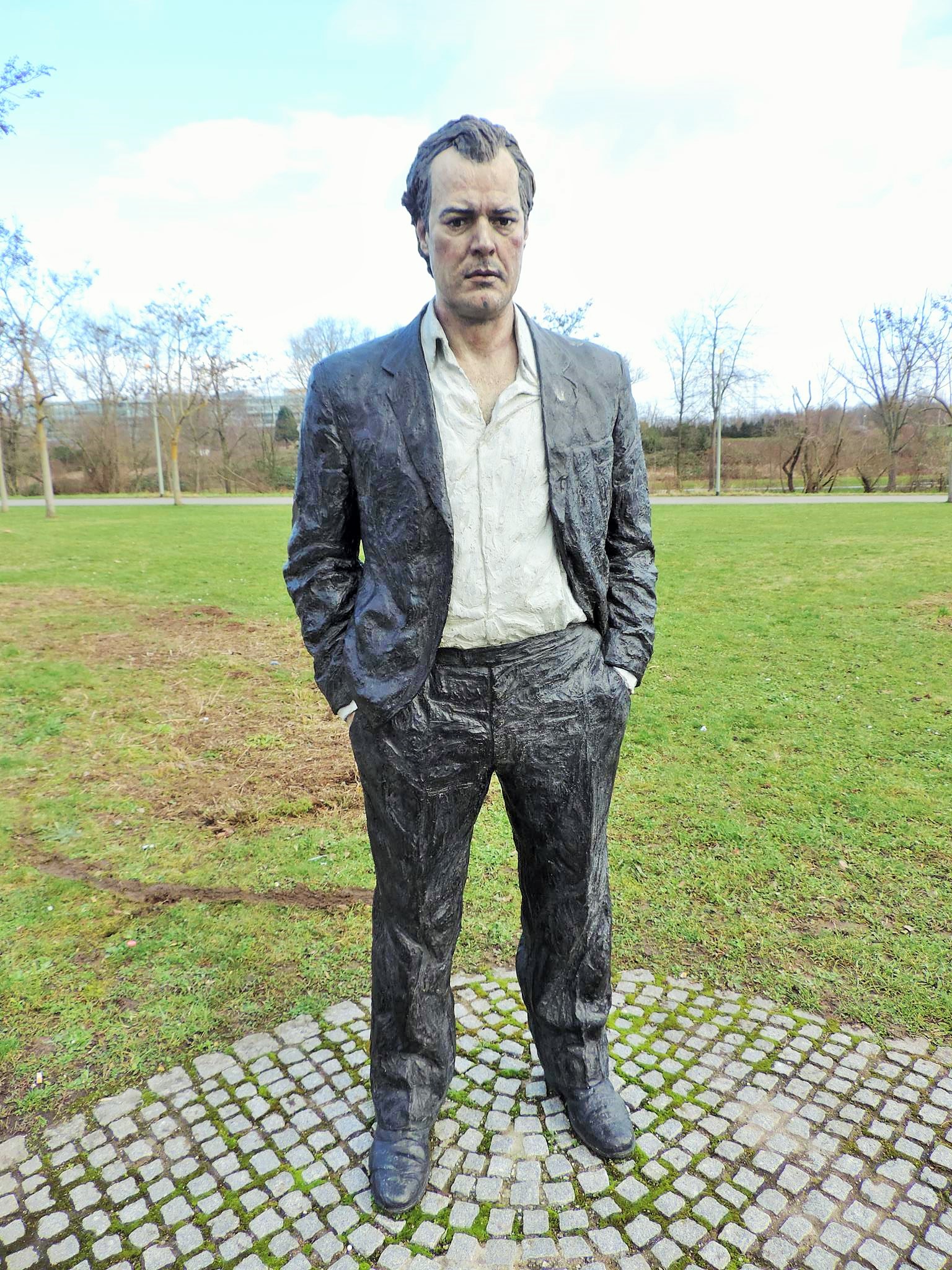 “Standing Man” by the British artist SEAN HENRY shows a man of our present, who wears a dark suit with a white shirt in an inconspicuous, urban way. He seems to be waiting with his hands in his pockets. 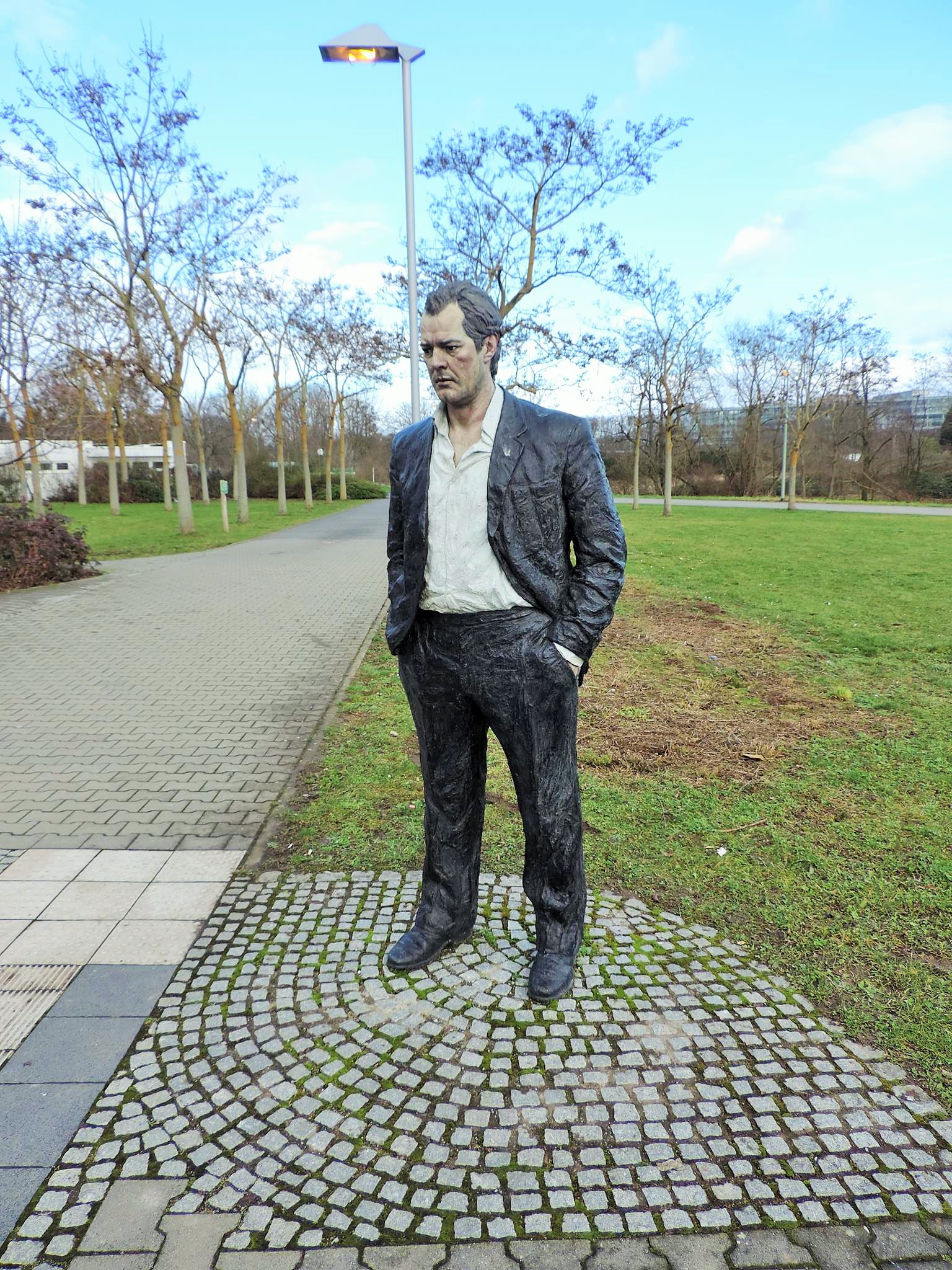 The feature film “Das Leben der anderen” or in English “The Lives of Others” starring Sebastian Koch inspired Sean Henry to create his bronze sculpture “Standing Man”. In designing the character, he sought to convey the traits of the film character. 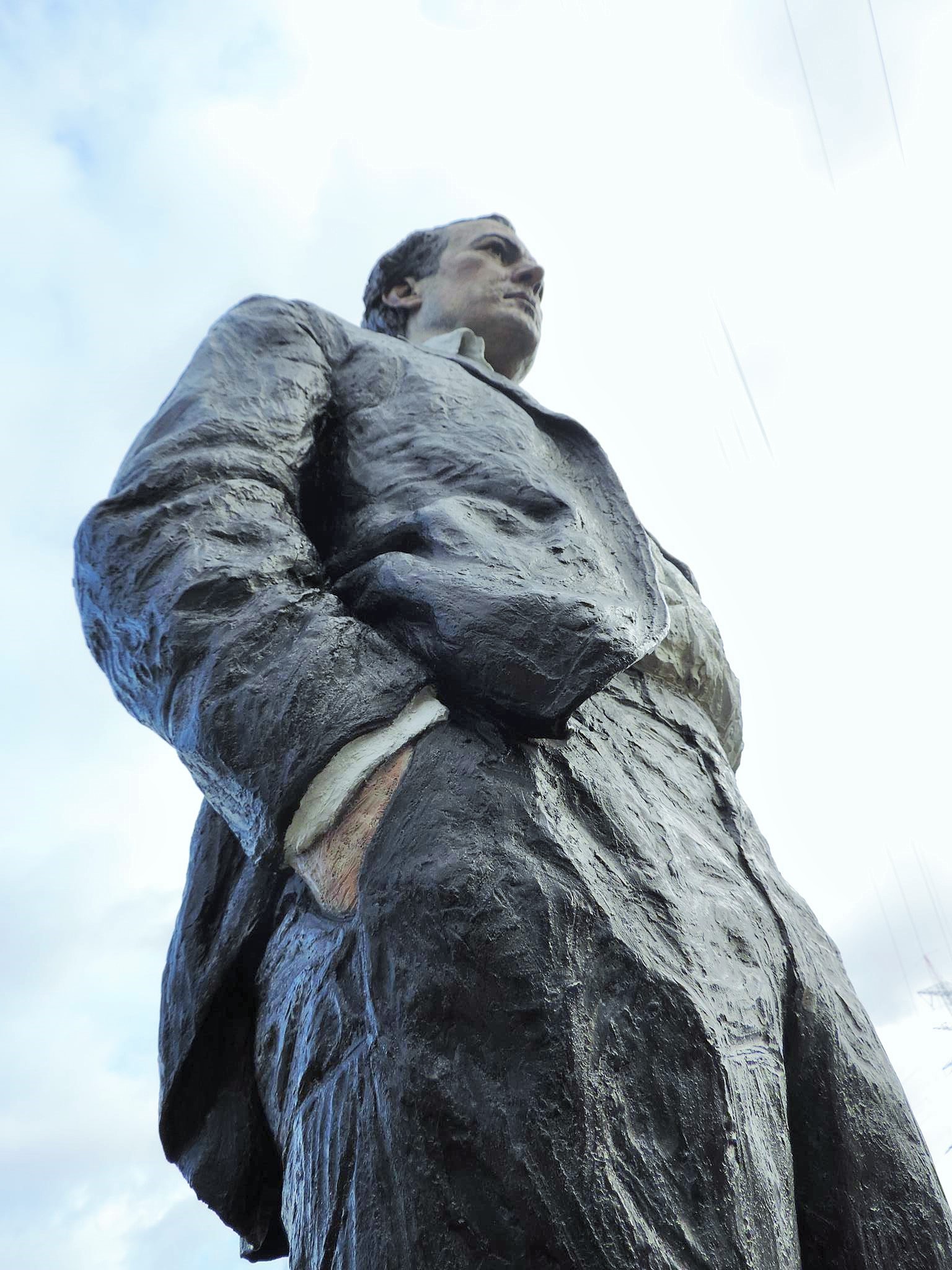 Without being designed as a portrait, “Standing Man” is unmistakably an image of the well-known actor. Nevertheless, Henry basically emphasizes the anonymity of his figures as an essential concern of his art. Because according to his interpretation, somewhere in the world everyone is anonymous. 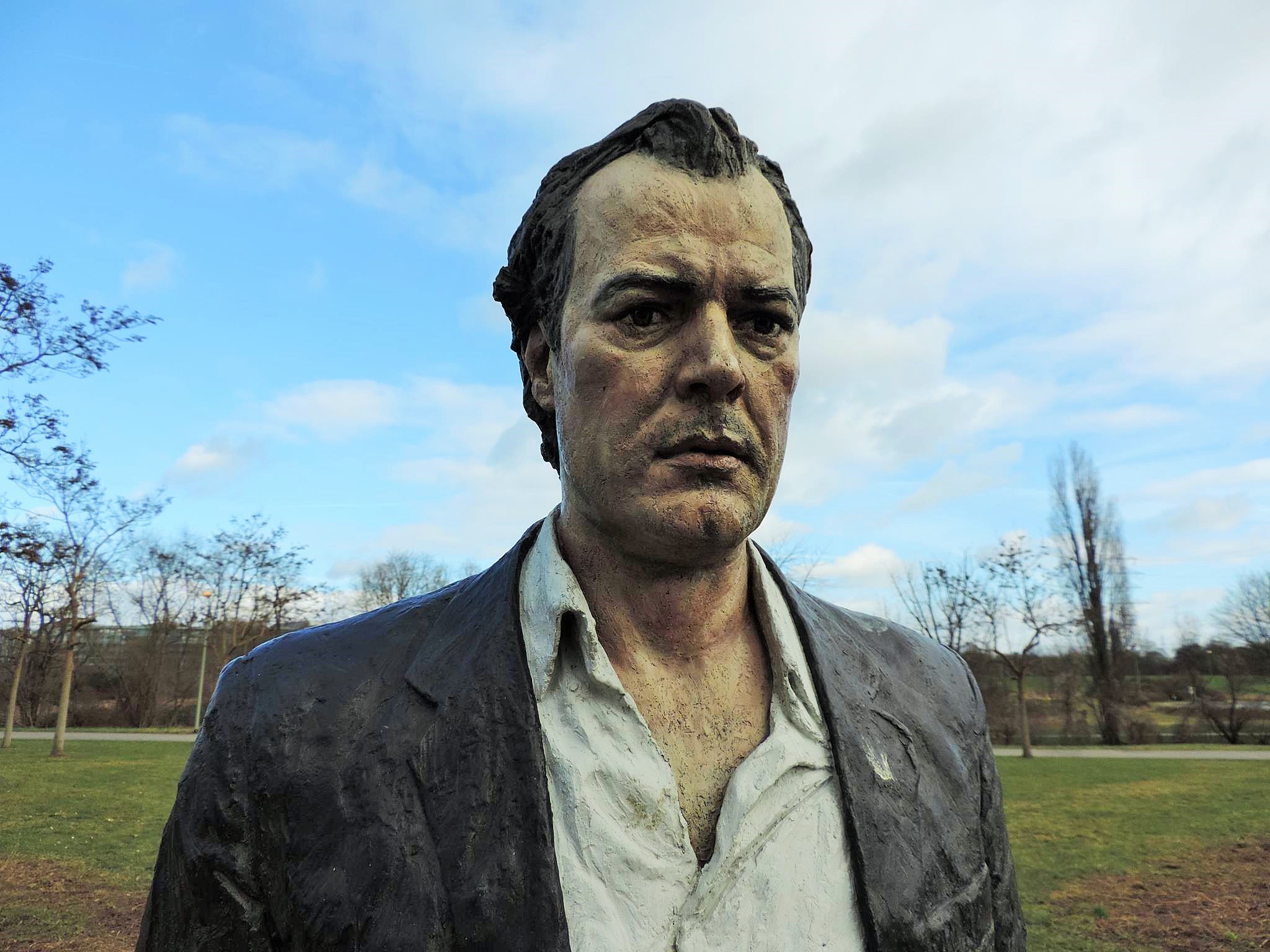 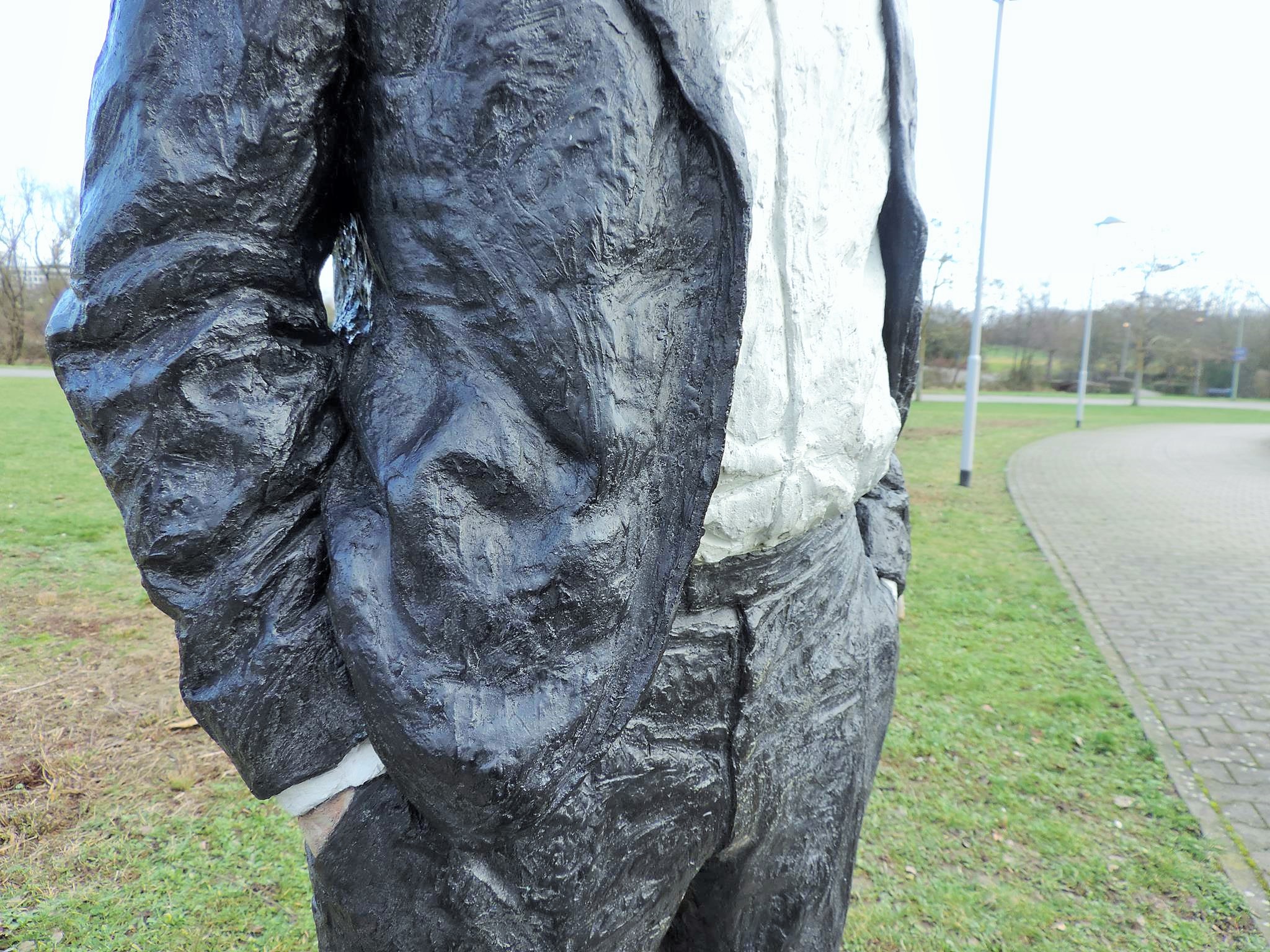 At first glance and from a distance, they appear hyper-realistic. But on closer inspection, it can be seen that smaller details such as zips or buttons are missing from the clothing. Detailed realism is avoided by the moving surface of the bronze cast and the shifting of the figures to undersize or larger than life. 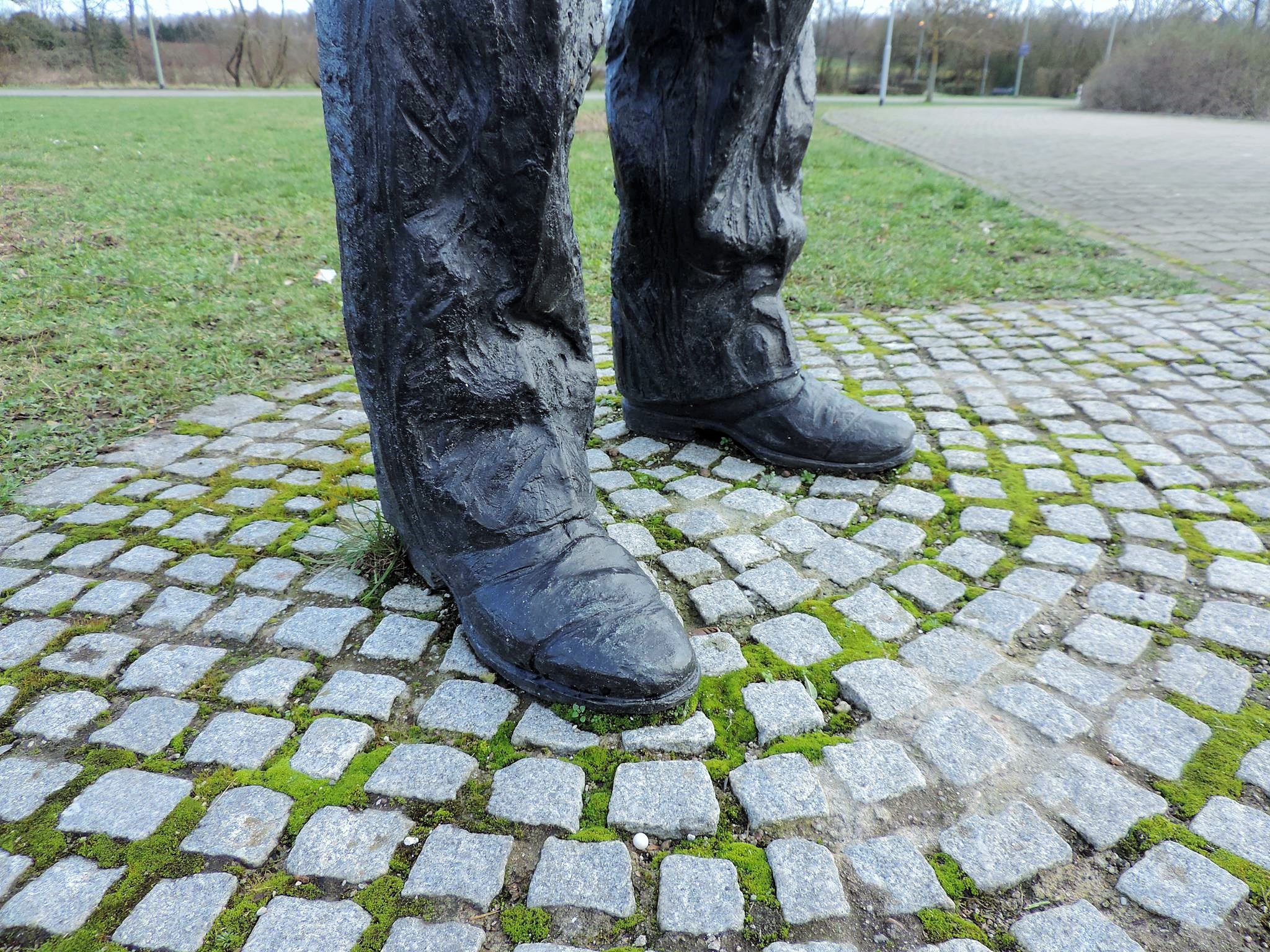 SEAN HENRY‘s main interest when working on his characters is the inner, spiritual life of his models and not the external details. The absence of legible facial expressions in the pensive, calming faces is characteristic. All of Henry’s characters convey self-control and grounding, giving them a strong presence. 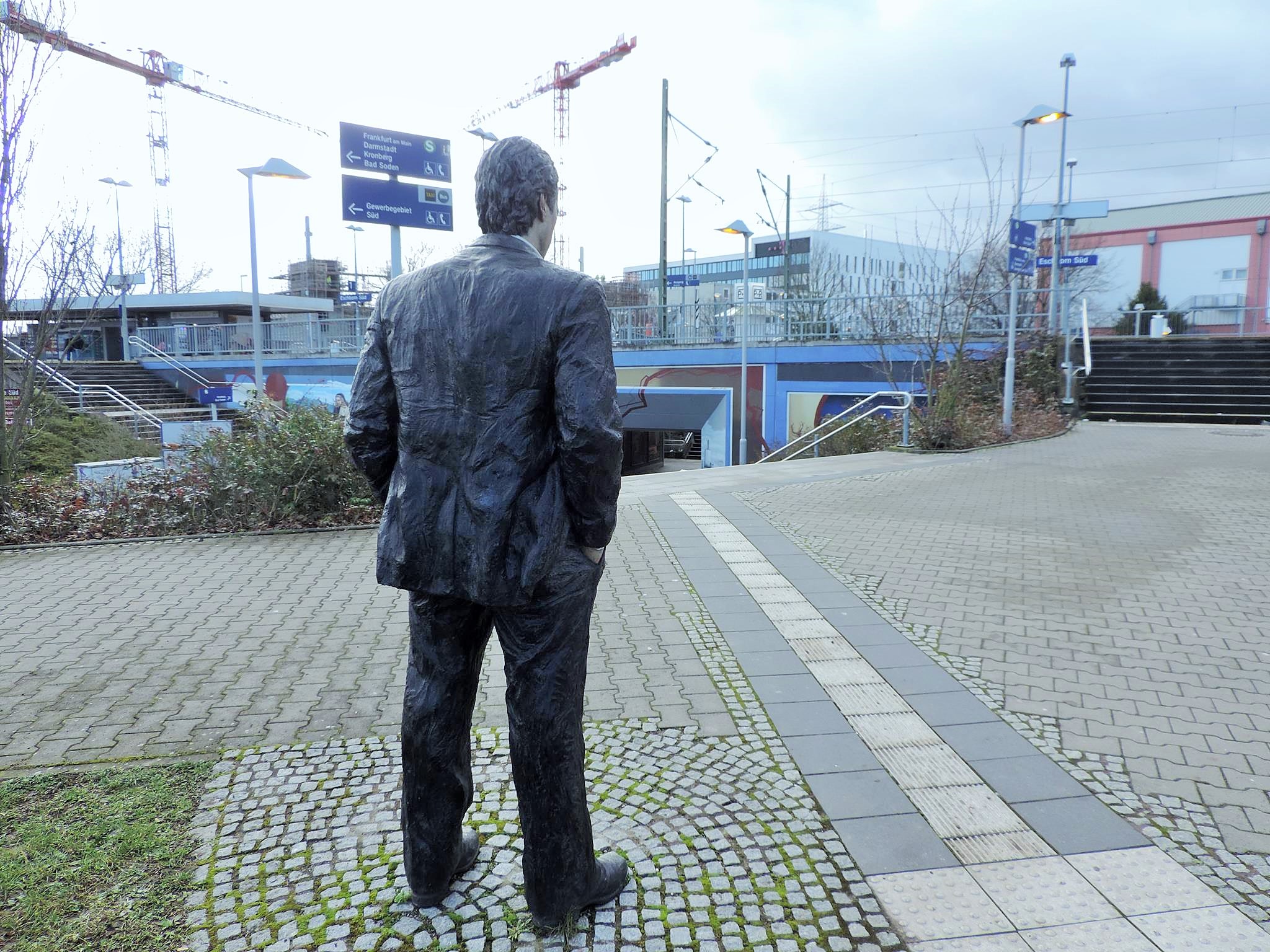 SEAN HENRY was born in 1965 in Woking, Surrey, England. Henry studied at Farnham Art School until 1983. He received his Bachelor of Arts (BA) degree in ceramics from Bristol Polytechnic, now the University of the West of England, in 1987. 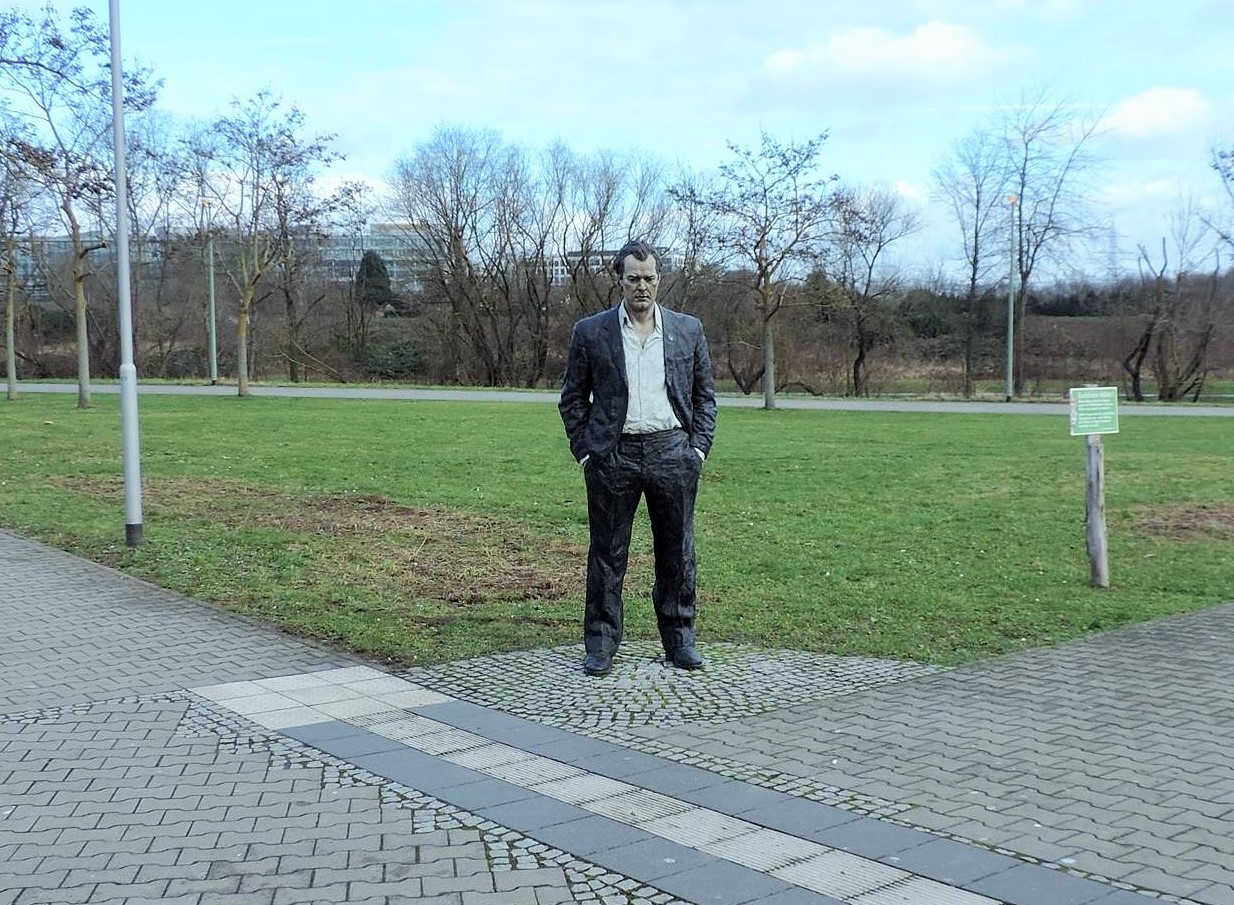 From 1991 to 1992 he had an art scholarship at the University of California. Sean Henry was the first sculptor to win the Villiers David Prize in 1998. In 2015 he was commissioned by the National Portrait Gallery in London to create a painted bronze sculpture of Sir Tim Berners Lee, founder of the World Wide Web. 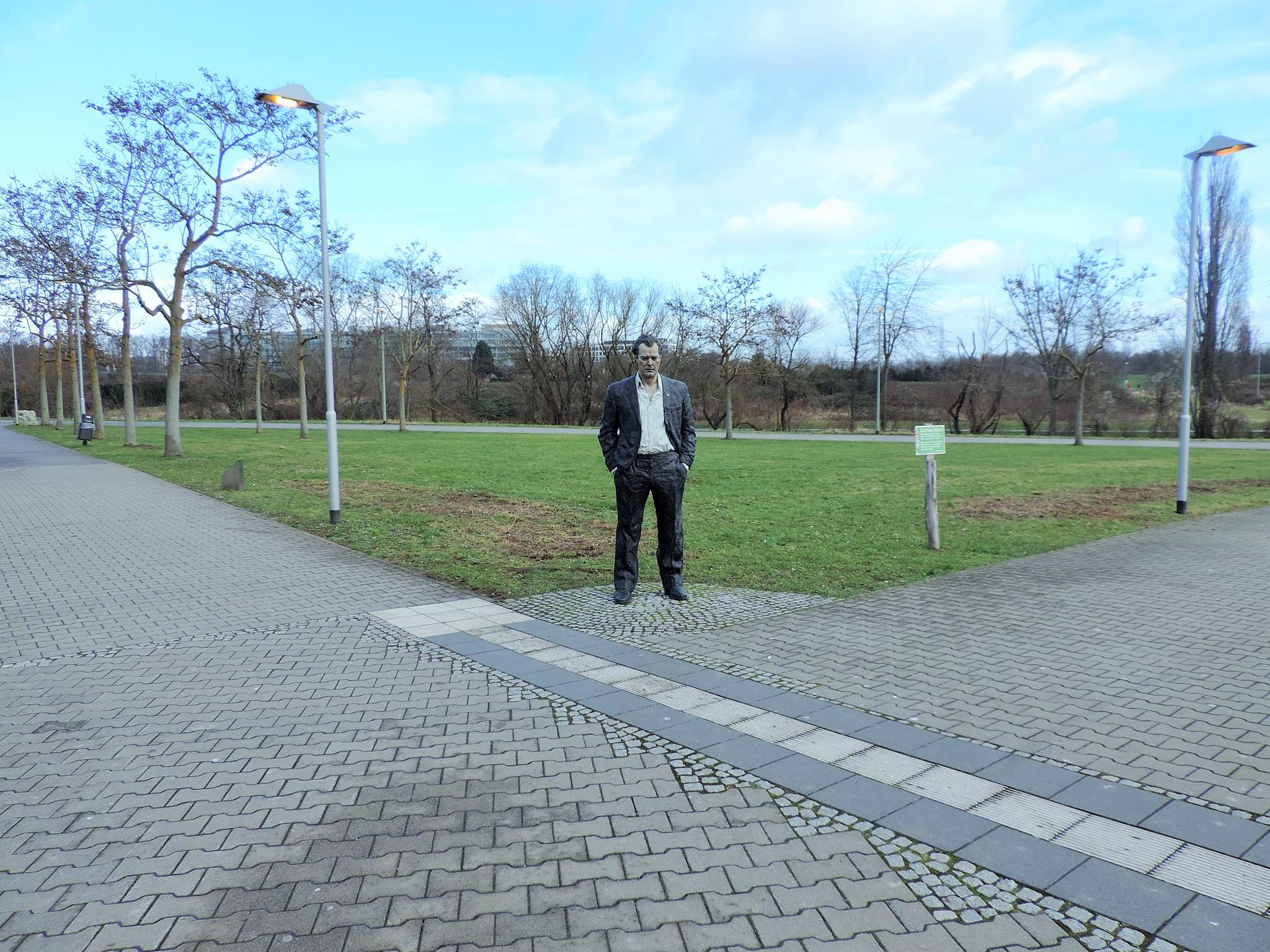 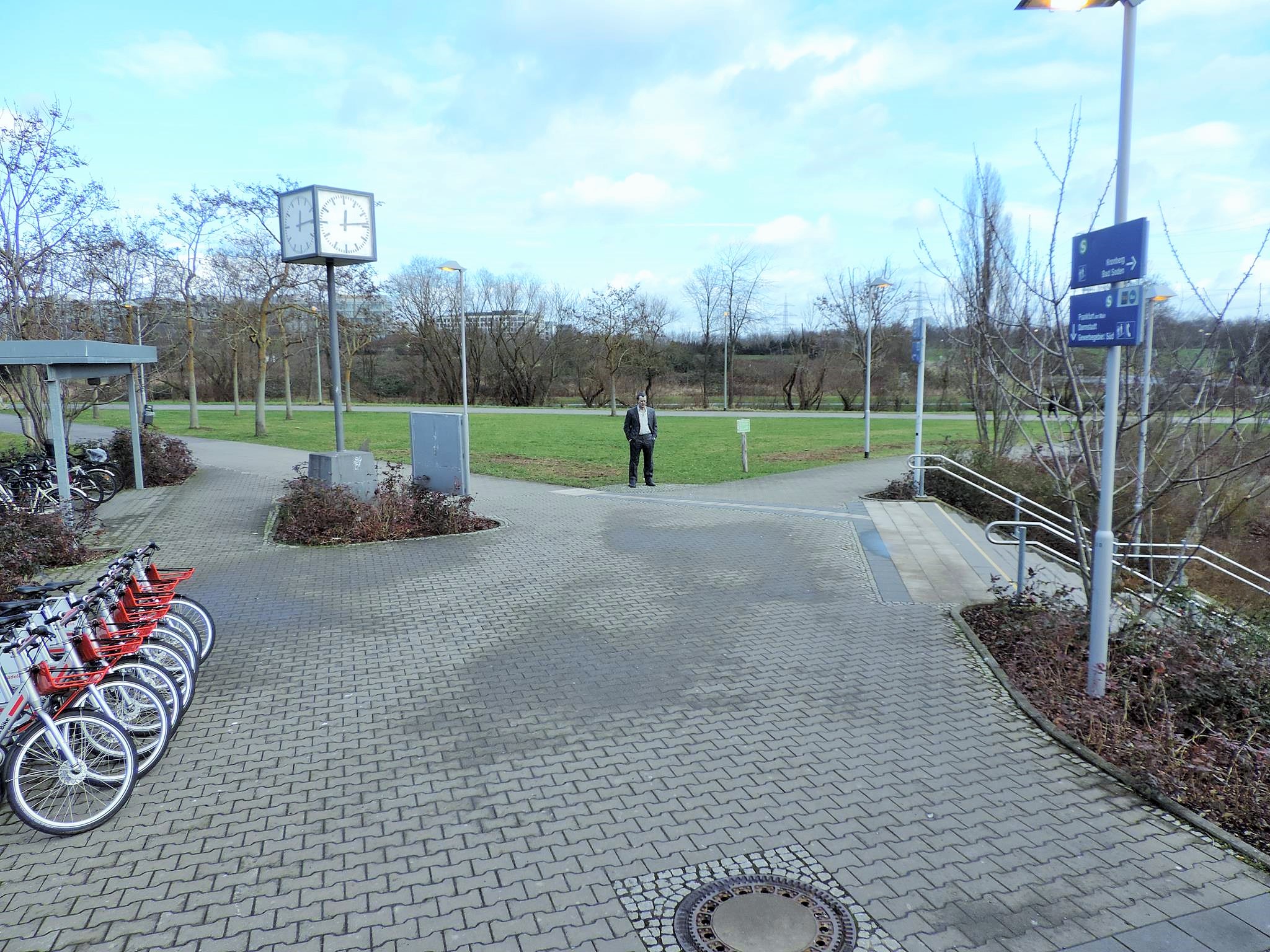