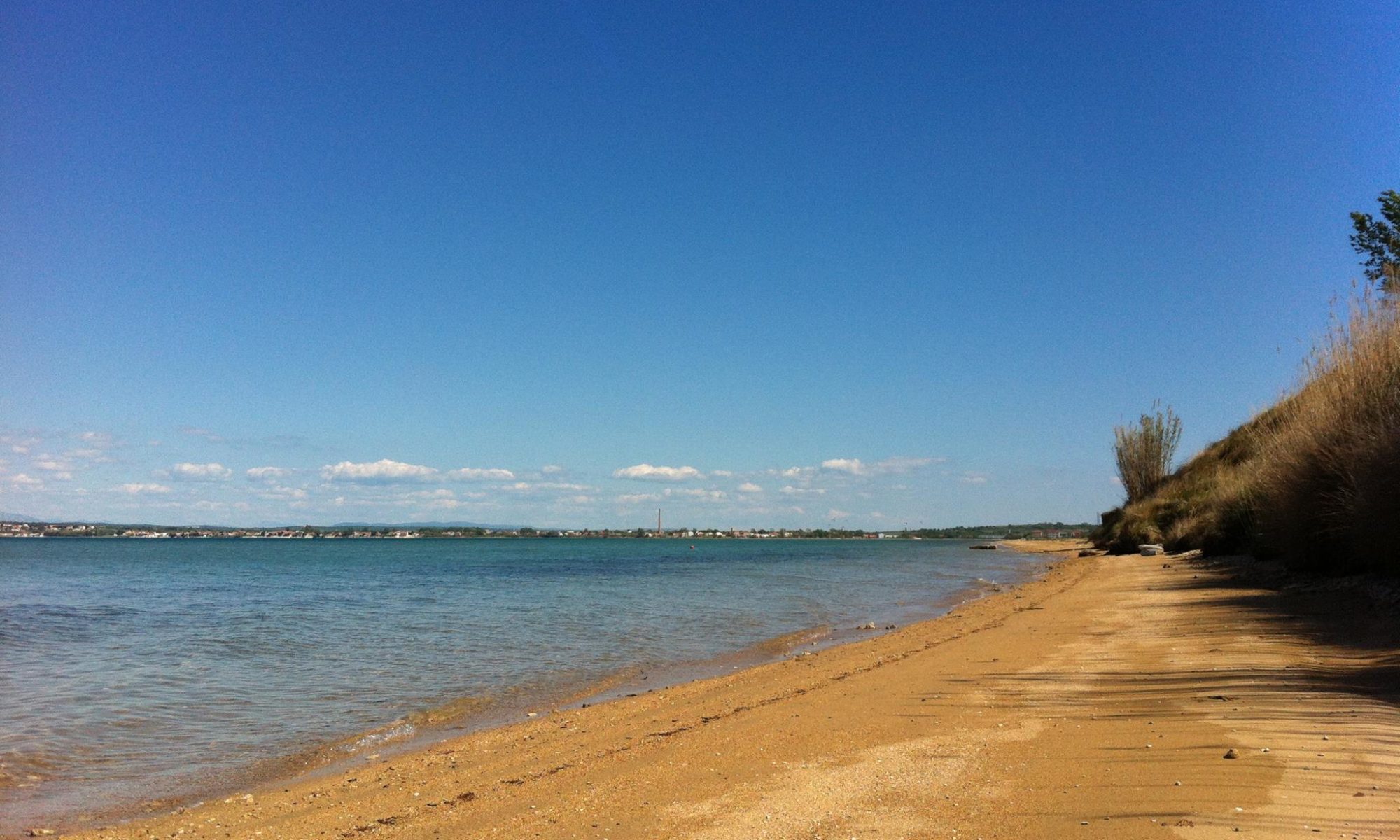 The Croatian island of Pag is located in the Adriatic Sea north of Zadar in northern Dalmatia. Pag has a length of 58.25 kilometers and is the fifth largest island in the Adriatic with 284.18 square kilometers. Overall, the two to ten kilometers wide island has about 8,400 inhabitants. The biggest places of the island are the traditional island capital Pag as well as Novalja.

The coastline is 302.47 kilometers, of which 84 kilometers are sandy and pebble beaches. The flora on Pag is characterized by holm oaks, pines, reeds and olive trees, but also Aleppo pines grow there. The numerous sheep feed mainly on herbs such as sage and thyme, which they find on the rocky surface of the island. In addition, bamboo grows in abundance on Pag.

Politically, the northern part of the island (the city of Novalja) belongs to the Lika-Senj County, the southern part (the city of Pag and the municipalities of Kolan and Povljana) to the Zadar County. In addition to fishing and sea salt production, viticulture and tourism play an important economic role. The Paški sir (pager cheese) is an internationally known cheese specialty. Millennial olive trees, which extend over the northern end of the island near the town of Lun, are typical of the flora. From the olives, olive oil is made for sale in a small factory.

Due to the Croatian war in the early 1990s, tourism on Pag was de facto exposed. Only at the turn of the millennium he was able to recover. Tourist centers of the island are the places Novalja and Pag. The party beach Zrće hosts festivals from May to August. Pag has been connected to the mainland since 1968 by a 301 meter long and nine meter wide bridge in the south of the island. At the height of Novalja there is a car ferry service to the mainland (Prizna-Žigljen). There are also various passenger ferry services to the island of Rab, Zadar and Rijeka.

On Pag the production of lace has a very long and widespread tradition. The pagan lace is a popular souvenir. In Pag city there is a remarkable museum on the history of the Pager peak. The late-Gothic basilica in the main square of the city of Pag dedicated to the Assumption of the Virgin Mary is a landmark. Near the “new” town of Pag on the western hills of the Saline lies Stari Grad Pag (the ancient city of Pag). There you can see an old church and ruins of the former settlement.

On June 25, 1941, the fascist Ustasha regime in the bay of Slano or Slana near the city of Pag established the Slana concentration camp, where thousands of Jews, Serbs and dissident Croats were killed. Later, in the village Metajna, a second camp – for women and children – was added to the Metajna concentration camp. The victims were often brutally murdered and then thrown into pits or the sea. The two camps were dissolved after the end of August 1941, the island was handed over to Italian forces. The survivors were mostly transported to the Croatian concentration camp Jasenovac.