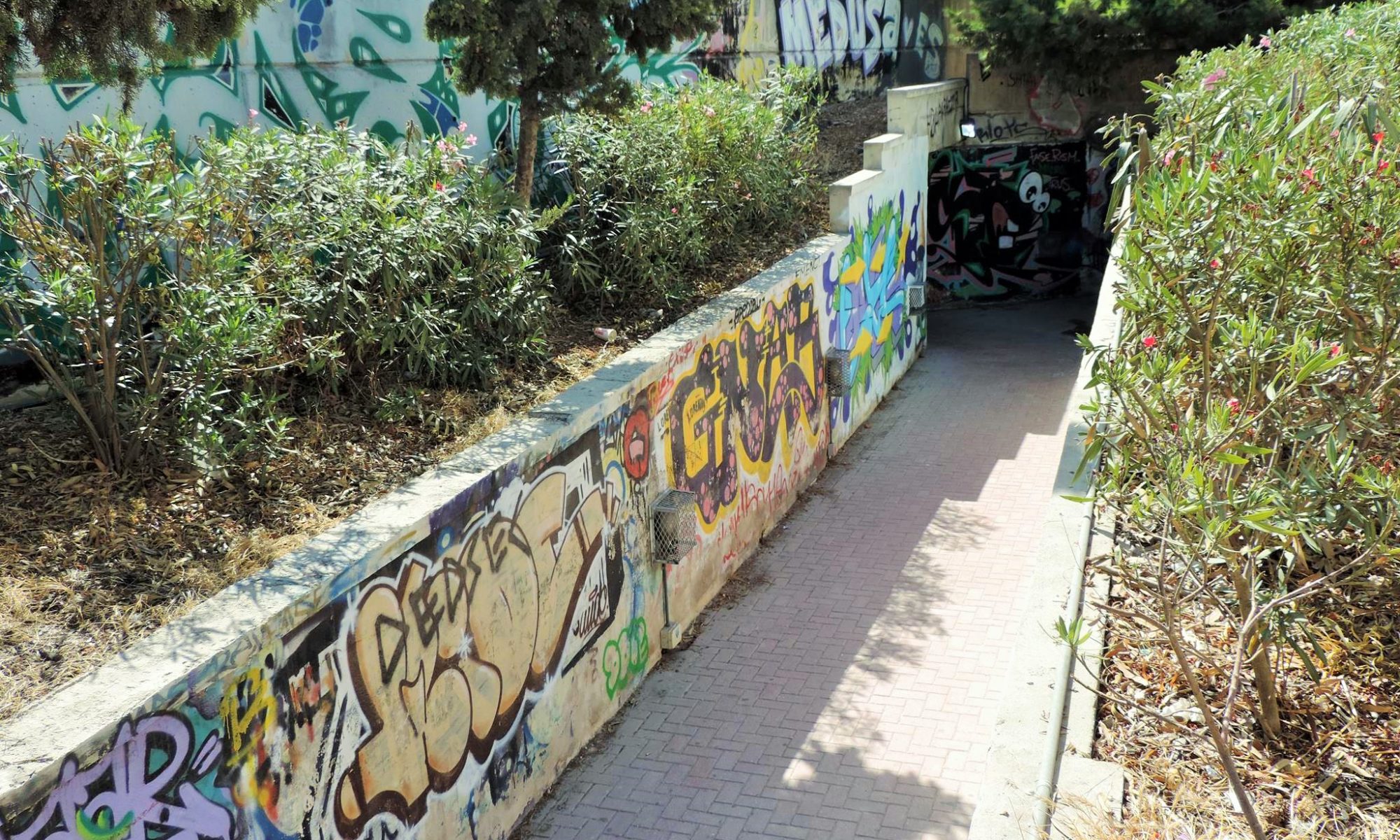 This part was almost the most difficult in the division of the individual areas of the Msida Skate Park Graffiti Zone. After you reach the Graffiti Plaza through a tunnel from the Skate Park to the north, you have again an open space and it branches again in two directions with tunnels to get finally to the neighbourhood streets. This highway around is not just a single lane, it is a real bunch of strings going around and above each other. So if you exit the Msida Skate Park to the northern tunnel, then you come not directly to the normal street. Here it is about the two last tunnels and another further walkway which emerge in direction of north-east and north-west.

In this gallery is everything beyond the Graffiti Plaza up to the streets. The passages, tunnels and just this intermediate area, all of which lead from the Graffiti Plaza towards the north. Basically, there are two further tunnels. One to the northeast and one to the northwest direction. On the northeastern route there are open-air works on an intermediate section. In the west direction, there is a tunnel but of course completely covered.

It is a veritable knotting of many strips of concrete. And to get through them, you need tunnels underneath. Either way, the tunnels are dark and dirty, but without the color they would be furrowed. Throughout Malta’s infrastructure there are countless places where street art and urban art could be integrated to enhance these places by simply passing on positive and creative impulses through painted art.

And it is often really very simple and straightforward. Every person who walks by sees these colours and works of art. And the focus is all the up to the bypasser. You can just ignore it completely or you can sit in front of a work for hours. But the artworks are just there. And new ones are created continuously on the layers of the old ones. Just the existence of such a place and this variety of artworks and actionism is wonderfully positive and motivating again!

To make it a little clearer, we have divided the really many artworks from the whole spot into different areas and created small galleries. The links to the other parts of the Msida Skate Park Graffiti Zone can be found at the end of the post. To the main article you can get here: Streetart Malta.