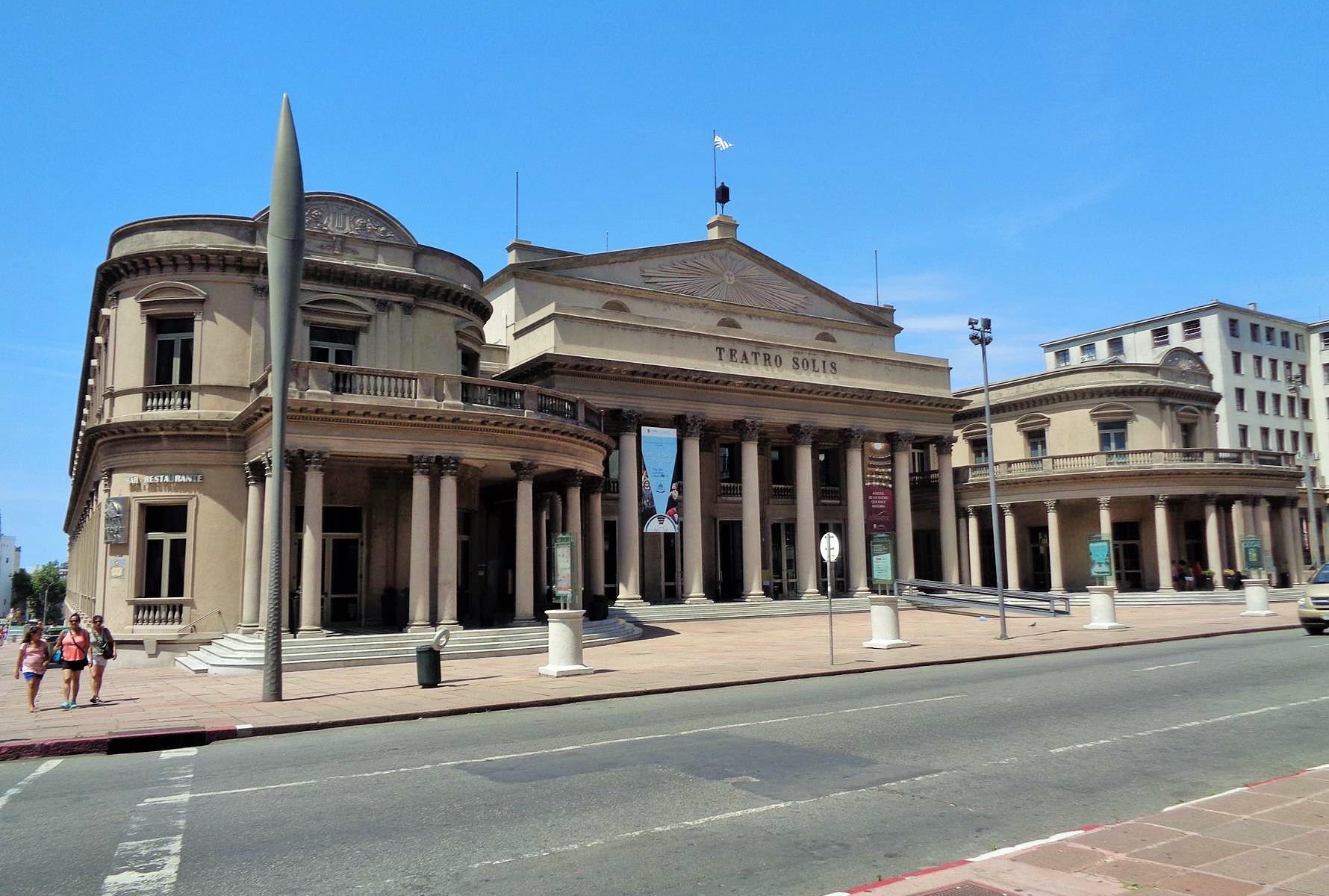 At this year’s South America Trip we also had a multi-day stop in the capital of Uruguay – Montevideo. The country is one of the smallest on the South American continent, but it has numerous sites to visit an awesome nature and wildlife and as well heaps of cultural wonders to explore. The city is located at the mouth of the Río de la Plata and has about 1.3 million inhabitants. Buenos Aires in Argentina is on the other side of the river, actually only 213 kilometers as the crow flies. You can easily take ferries here, driving through countless boats. Incidentally, Montevideo celebrates the longest carnival in the world BEFORE Brazil and Rio. Maybe the one in Rio is bigger, but the one in Montevideo lasts longer … it goes on for a month … 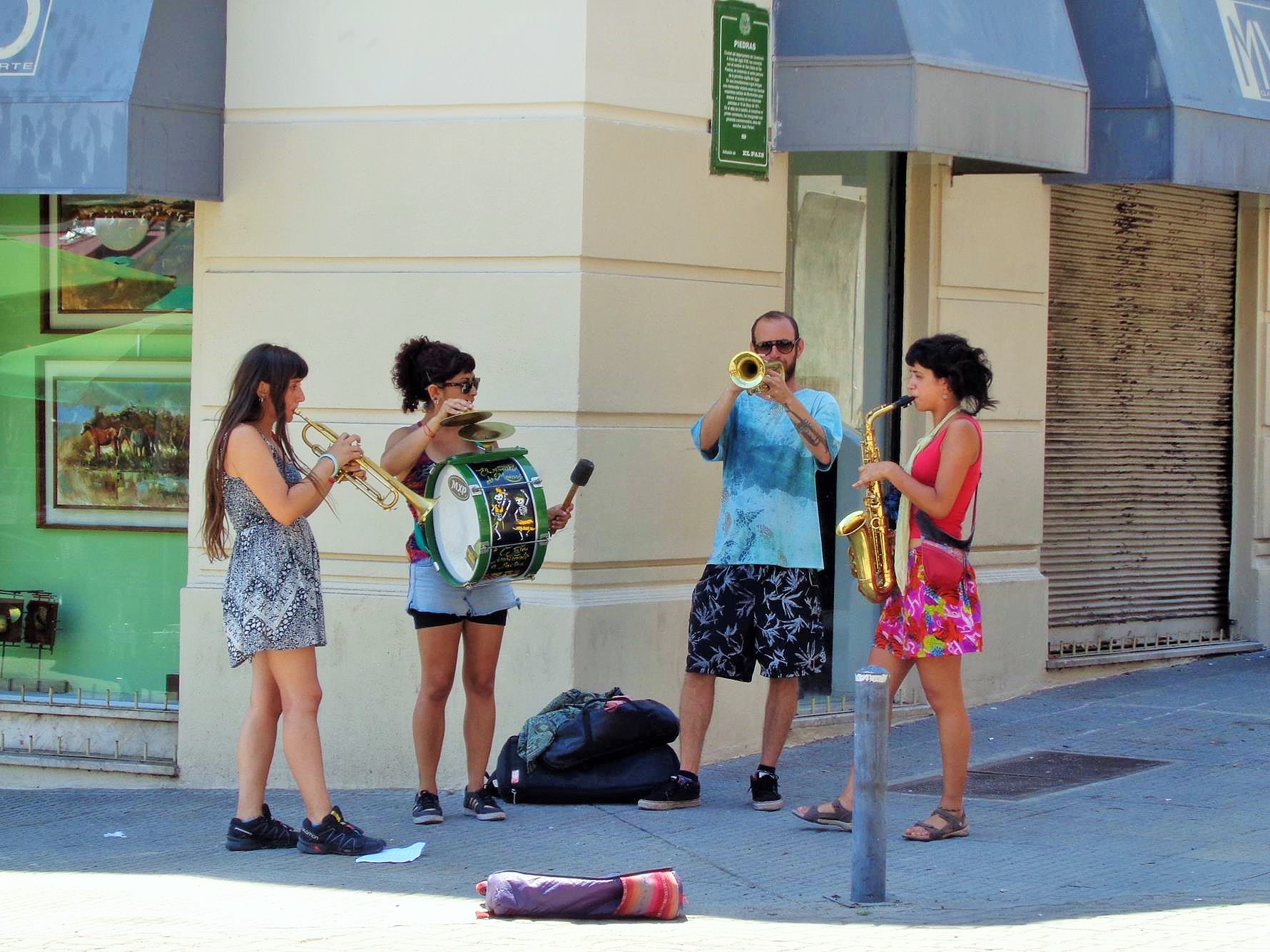 Uruguay is less known to the Europeans. It was certainly an insider tip, but the (South) American continent has already discovered that. With the Latinos, Uruguay with Montevideo and Punta del Este has long been the holiday racer in a big way. You could almost say, a little Monaco from South America. And in terms of price, it really is like that. Food and drinks are in every club, in the bar, in the restaurant and even in the supermarket more expensive than ours … The best way to save even by self-cooking and shopping at the markets – there it is then cheaper to much cheaper than with us. The country is currently and for quite some time in any case politically and economically very stable. In Europe, the former President “El Pepe” Mujica (full name: José Alberto Mujica Cordano) was well known for his own special, social and exemplary manner of exercising his duties and was also often in the press. 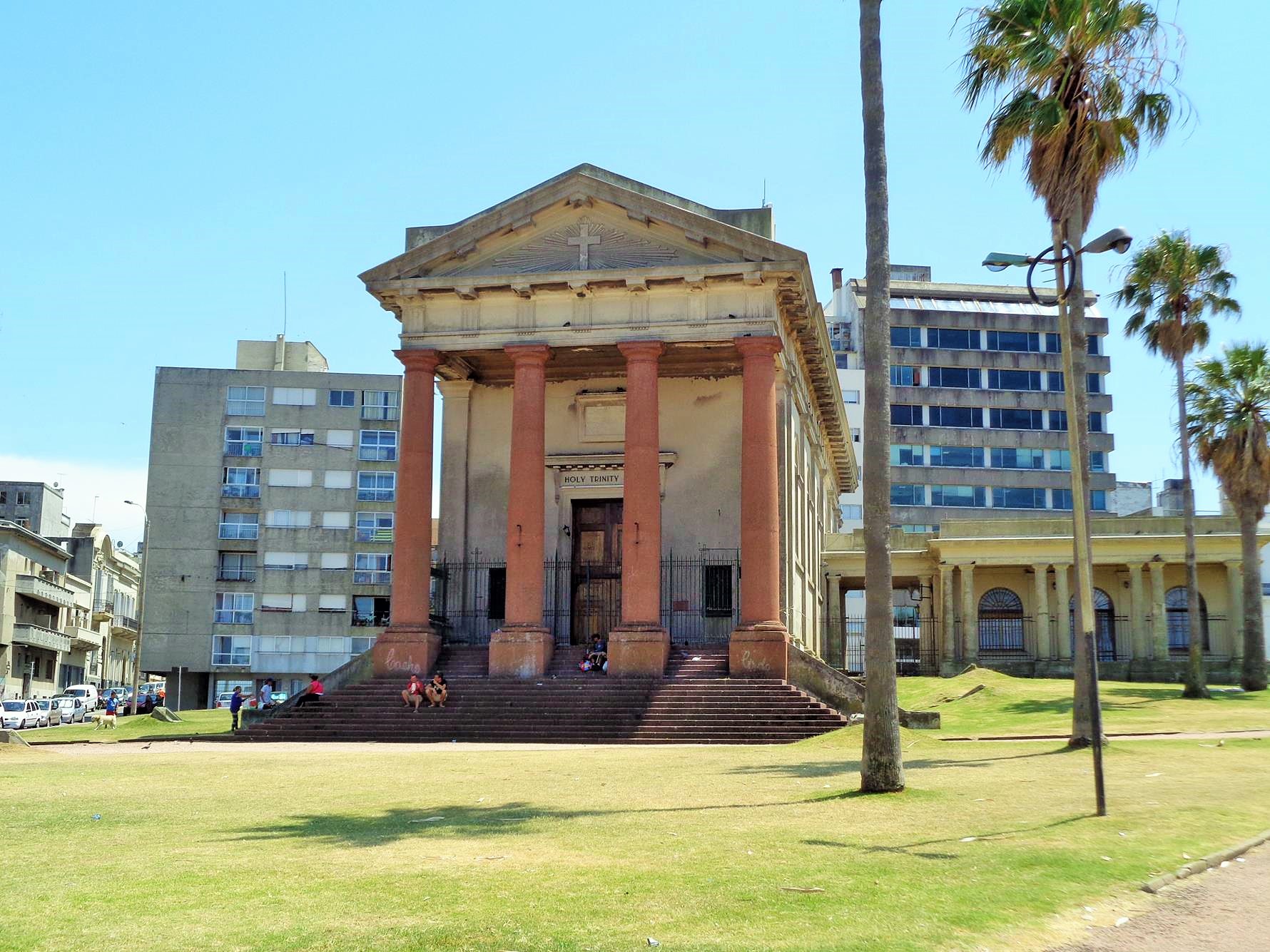 Meanwhile, Tabaré Ramón Vázquez is Rosa’s head of state, but the small nation is well on its way. Modern abortion laws exist in Uruguay, same-sex marriages are allowed and marijuana is legalized. You can also go surfing on the beaches and inland there are some beautiful national parks. But it’s all a bit expensive … You have to live there and work there … Therefore, a tip from us: Make a foreign semester, internship, language course or similar in Montevideo. There are enough possibilities for such things in the city. 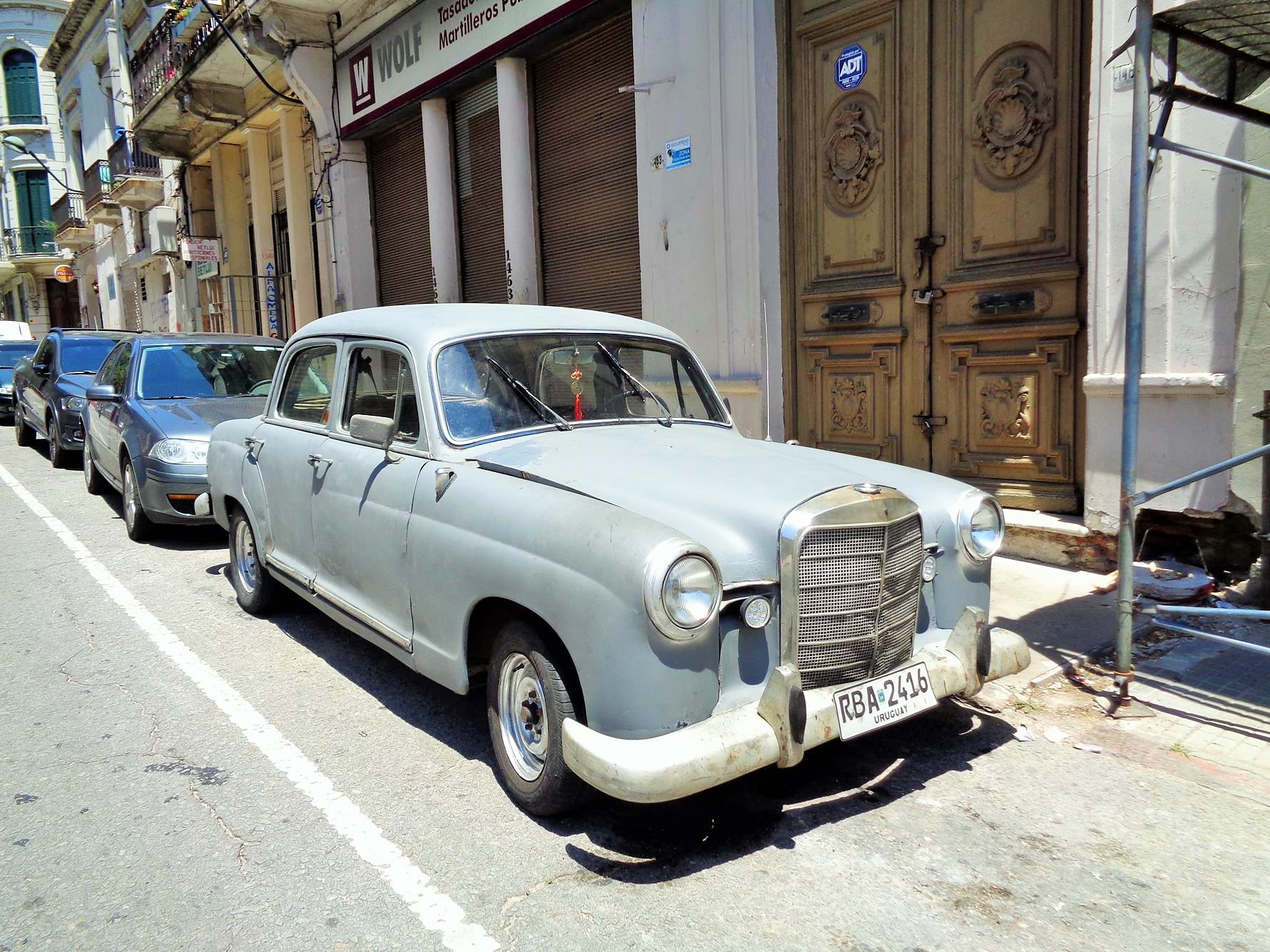 The most important square of the capital was founded in 1837 by the Italian architect Carlo Zucchi and is called Plaza Independencia. It fulfills a dividing function between the old city and the new city. In it is the Artigas Monument; the former Government House also called, the Estevez Palace; the Palace of Justice where the Government House and the most outstanding building of the area, the Palacio Salvo, are currently located. The Teatro Solís represents the main artistic and cultural scene of the city of Montevideo. It was founded in 1856 under the name of the Spanish navigator Juan Diaz de Solís. Nowadays it has an architecture, both inside and outside, very elegant and majestic, which provokes greed for the most renowned artists of Uruguay. 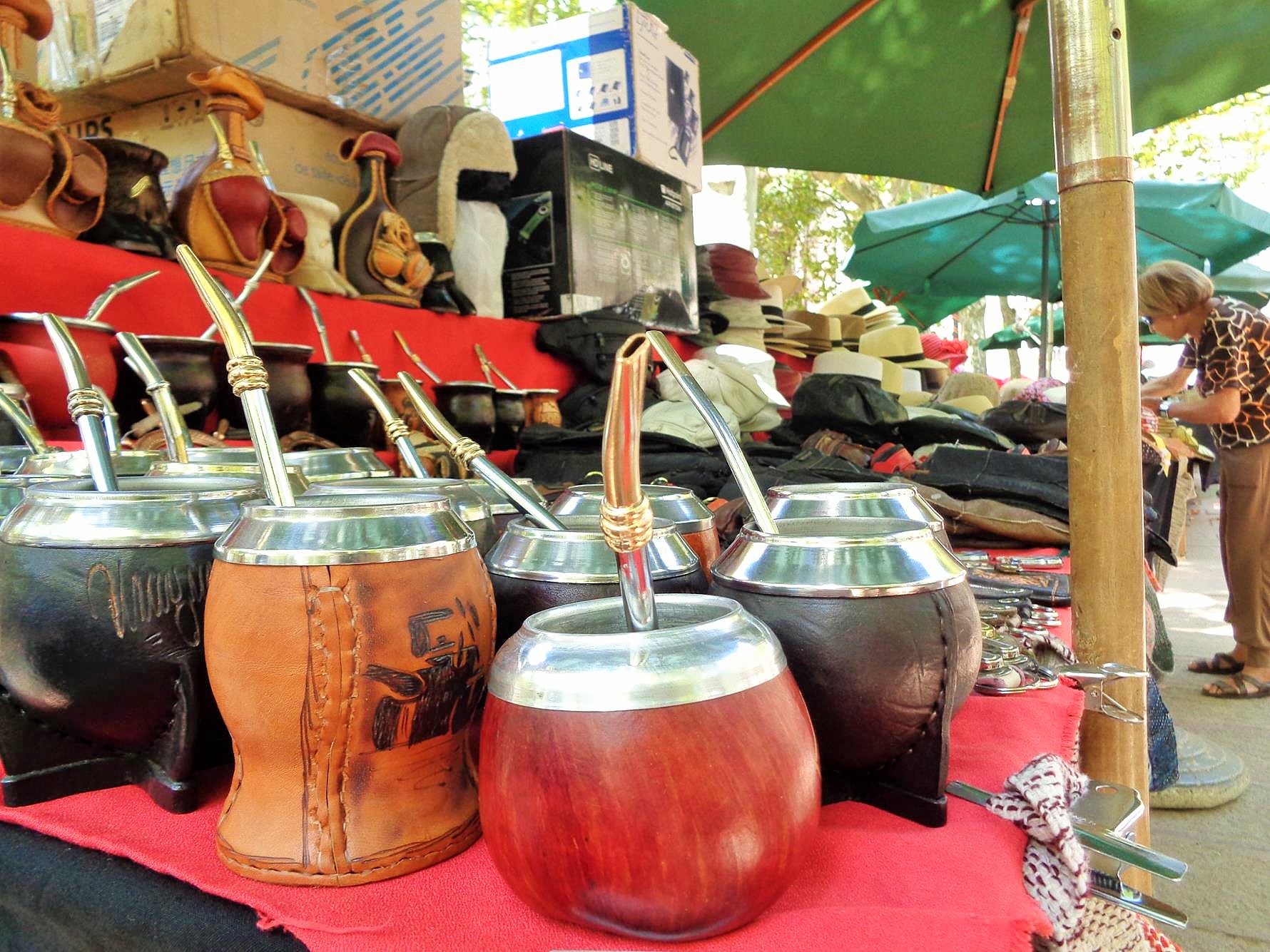 One of the most touristic point of the capital is the Mercado del Puerto. Before, it used to be a fruit and vegetable market, becoming today the most recognized gastronomic point, especially for its rich asado. To know it is fascinating, it has numerous grills decorated with different cuts of roast and outside the building, artisans and even tango or candombe.   The church Iglesia San Francisco De Asis is located in front of Banco Republica’s headquarters. It was inaugurated in 1870 and is a Historical Monument since 1975. Since 2007 it has been under repair, but this does not mean that its beautiful eclectic architecture can not be admired. 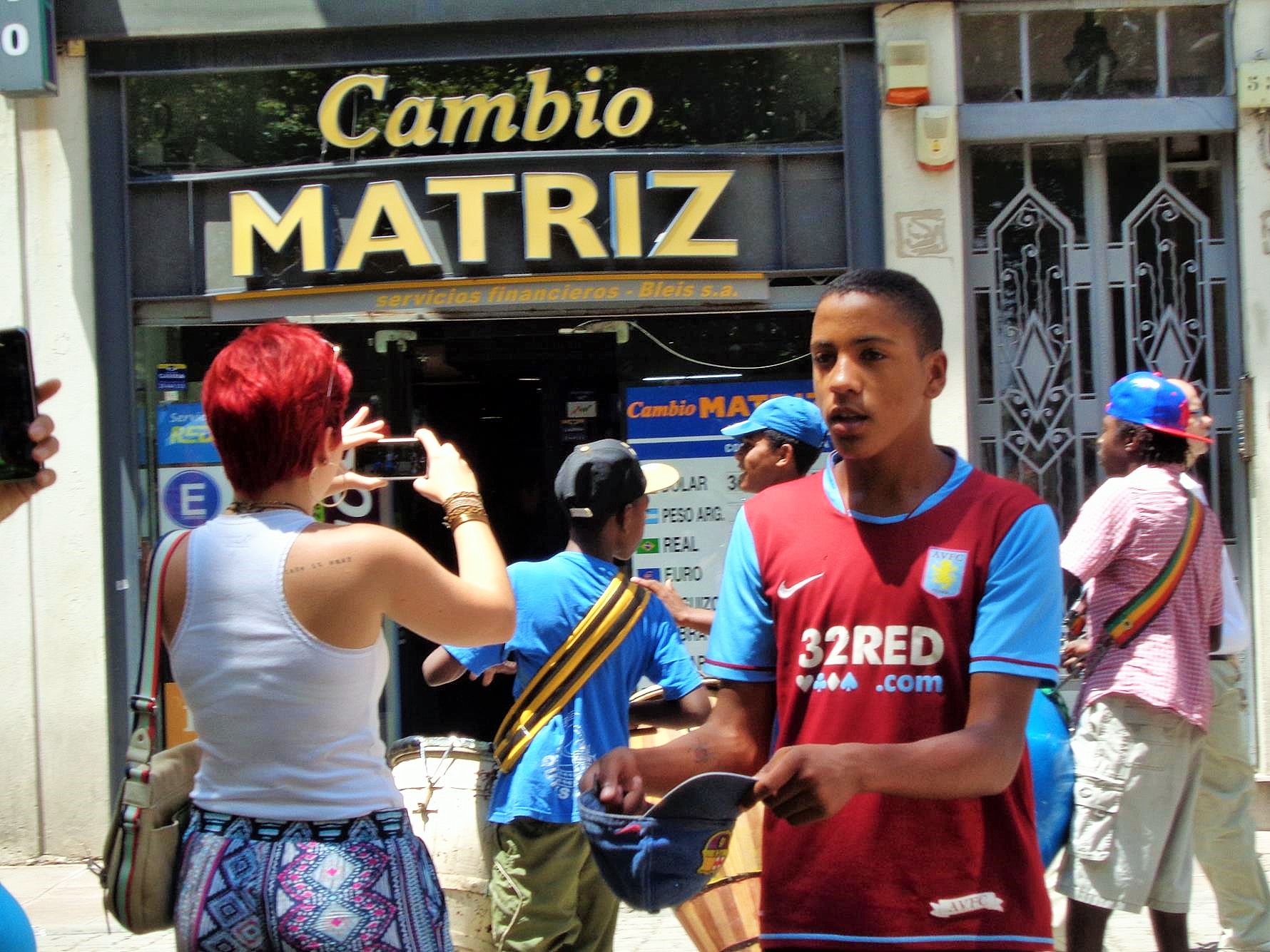 Today the most important bank in the country and therefore the one with the most clients is the Banco República. It was built in 1896 during the presidency of Indiarte Borda, with an architecture that stands out for its immensity of the dilapidated houses of the Old City. Close by is Plaza Zabala which is considered as one of the most beautiful and quiet squares in Montevideo. It bears his name in commemoration of Bruno Mauricio de Zabala, founder of Montevideo in 1724. It constitutes a beautiful walk, perfect to escape from the vibrant city, and enjoy its undulating roads, its tree-lined variant and its Gothic style. 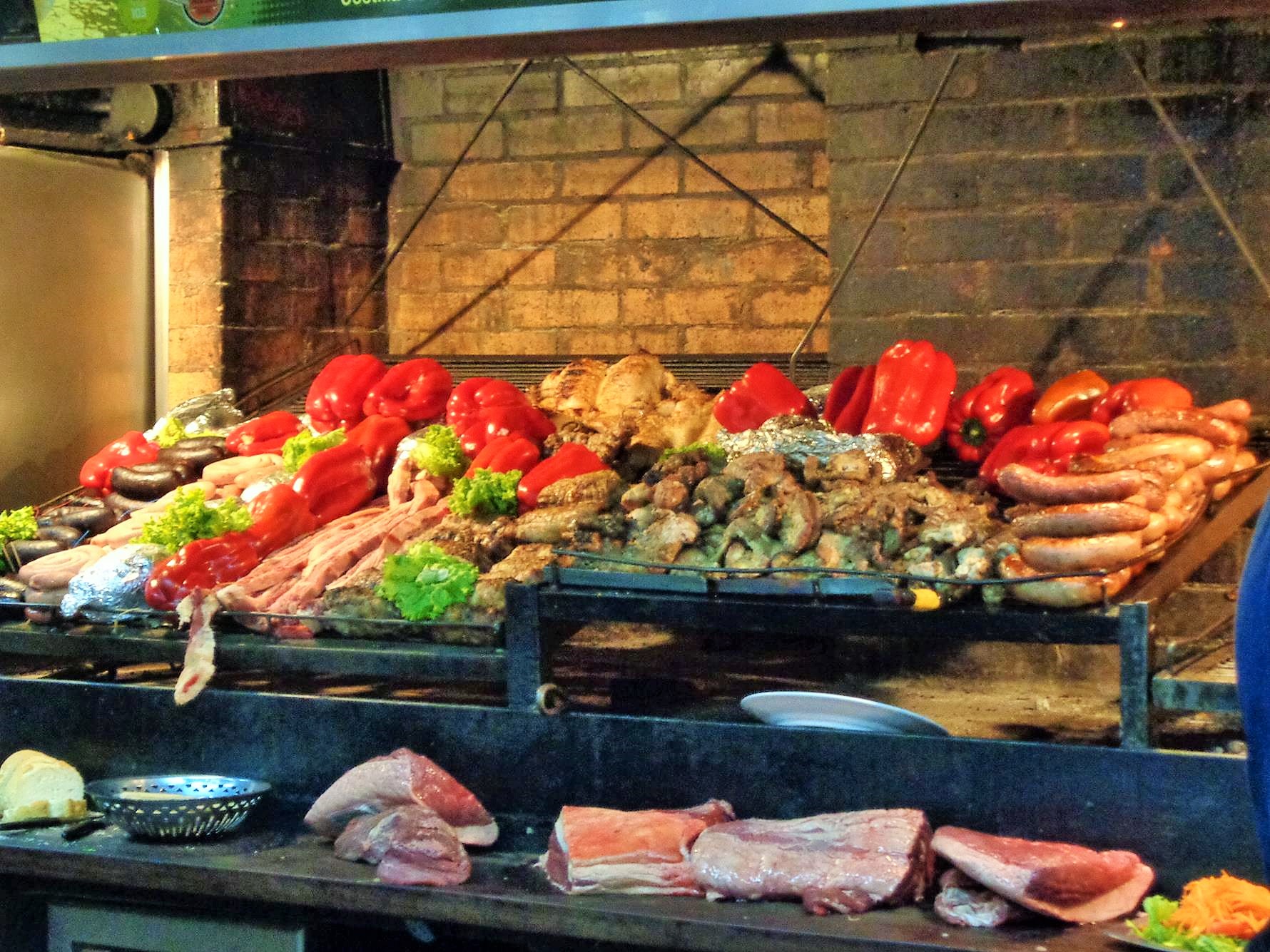 The space of Peatonal Sarandí allows to travel from beginning to end and in a simple way the Old City. Formerly the Boulevard of the time, nowadays it was decided to convert this space into one of the favorite walks by the city dwellers. Plaza Matriz, also called Constitution Square in commemoration of the place where the same was sworn on July 18, 1830. This is the place where the Eastern Republic of Uruguay is born and grows. It is surrounded by historic monuments of the time such as Montevideo Cathedral, El Cabildo and Club Uruguay. A little before 1840, the city had many foreign families of Anglican tradition. For this, they wanted to make a temple that represents this sector. A few years after the construction of the Templo Ingles, it had to be demolished, due to the creation of the Rambla Sur, and rebuilt a few meters away. 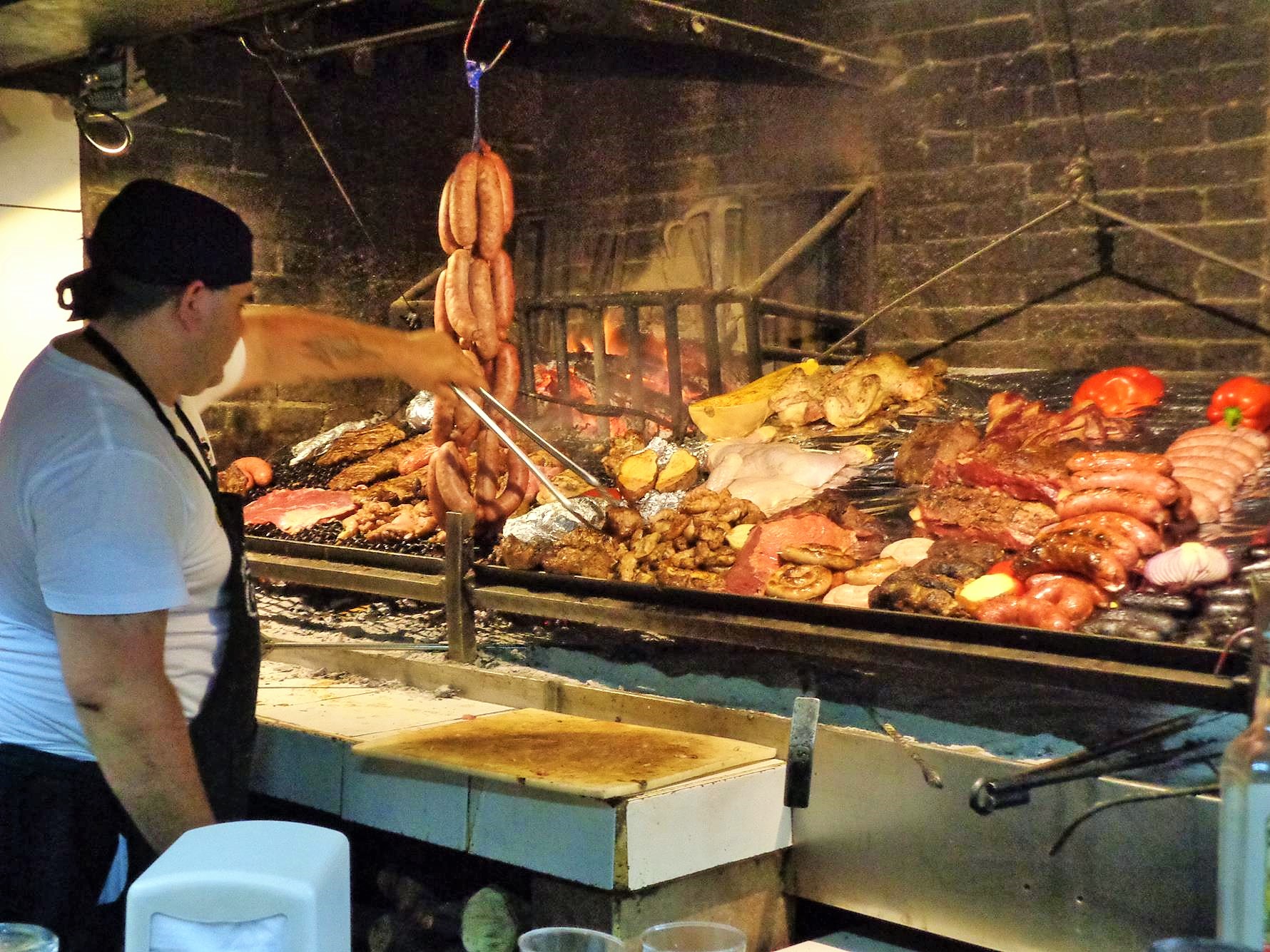 Overnight stays should be called Hostel Ukelele in Barrio Sur and El Viajero in Centro. Since you get cheap and good rooms. The houses are just cool, in the old style, but well preserved. Here are some photos from Ukelele. 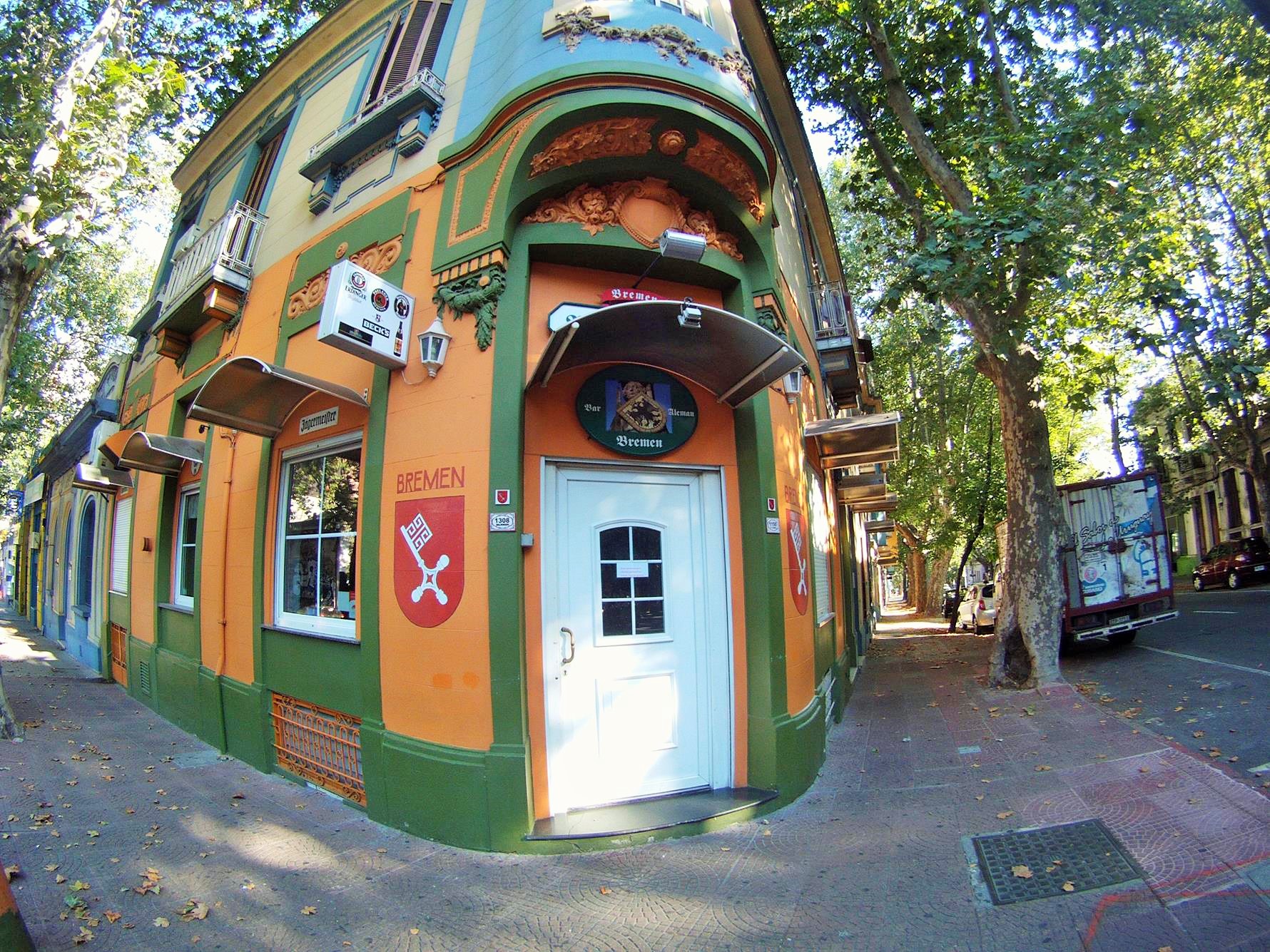 We can recommend as well the informative tours of Free Walking Tours, the first company of its kind in Uruguay. Since 2013 providing an innovative concept in the tourism sector in Uruguay, being extremely popular in Europe and other countries of the world. Free Walking Tour is a free walk (it works based on tips) that is done on foot, touring the most attractive tourist places of the Old City. The group travels with qualified guides along the main attractions of the area, in a safe and economical way, with the support of a company already installed in the national tourism and with high recognition for its innovative work. They are also super recommended on Trip Advisor.

As well there is a second recommendable agency named Curious Free Tour and it´s operated by guides from Montevideo, who love and enjoy the city every day. They decided to take the road to tell about their stories, secrets, music and customs with passionate about being able to show the corners of it in a different and entertaining way. Review on Tripadvisor. 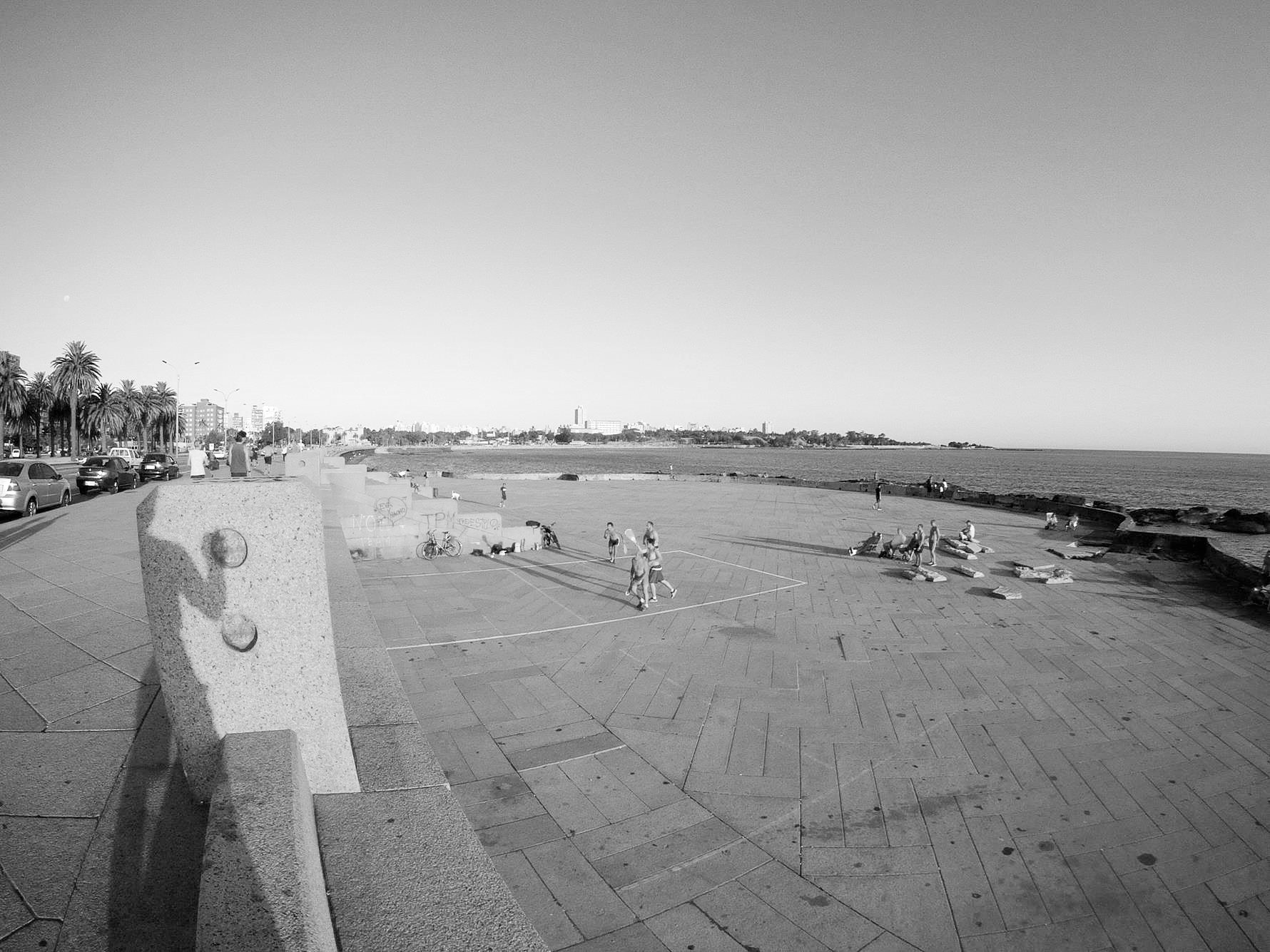 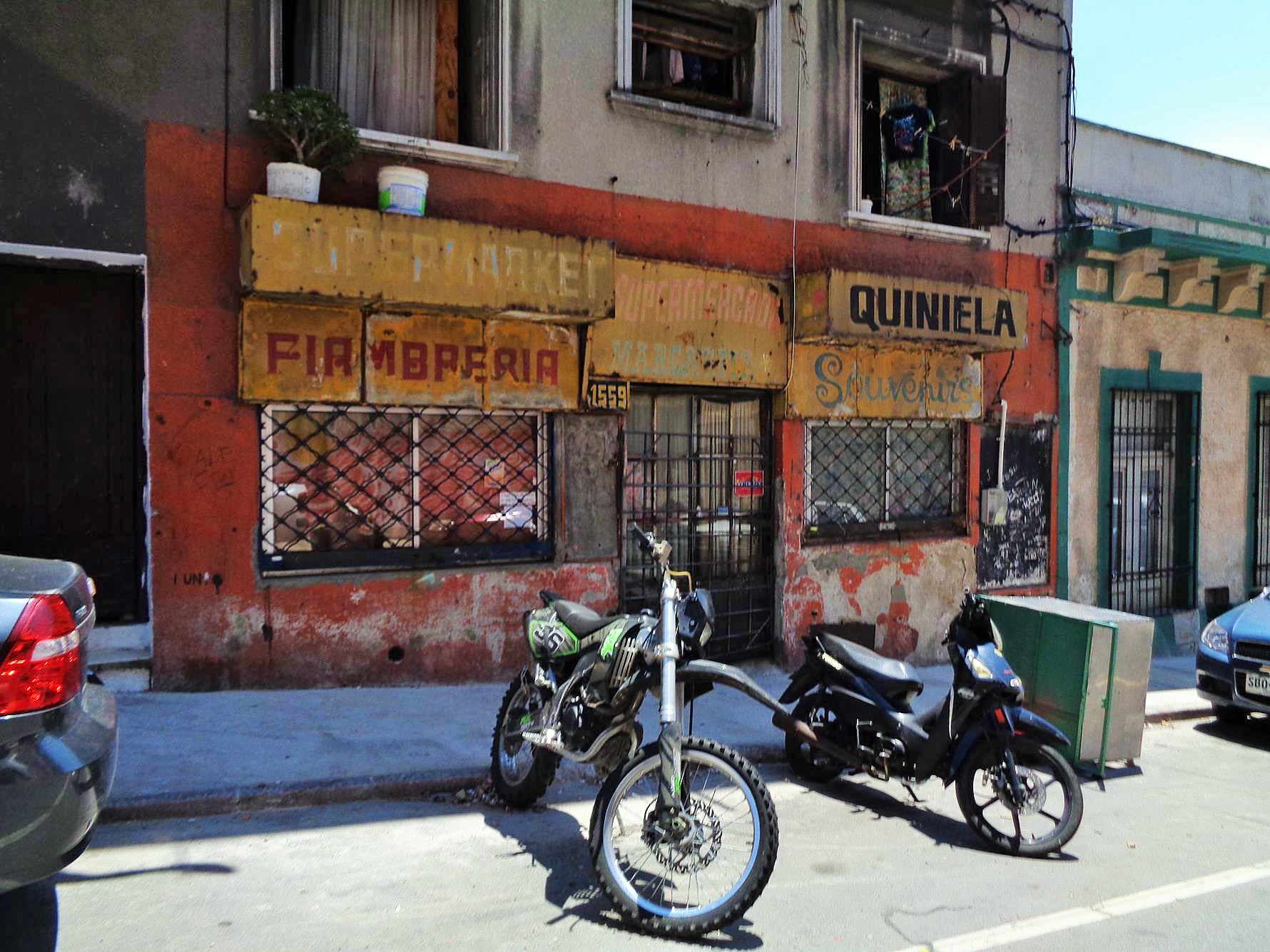