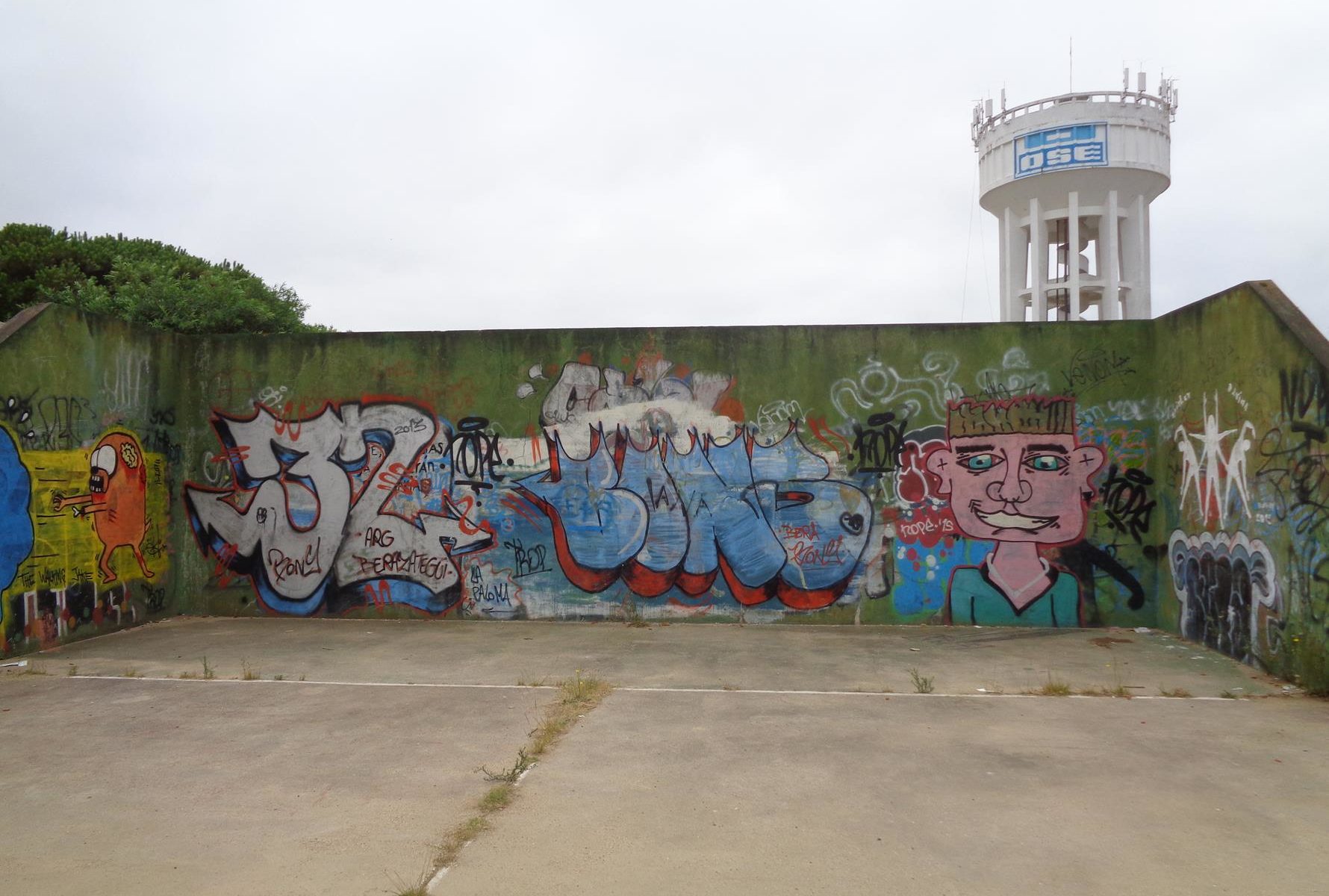 On the first glance you could assume that the place is somewhere around the Baltic or at the Wadden Sea. The architecture doesn´t really look very South American.  As well there is this huge but small white lighthouse, which reminds more on Denmark or the German Otto comedy movies.  But the palms, the warm climate and the high waves will disabuse you. La Paloma is located at the southeastern coast of Uruguay and it´s covered with awesome paintings, fantastic streetart and hidden graffiti.  We brought you nice photo material from our last trip to the little chillspot. It´s an insider tip for surfer, artists and mountainbiker. 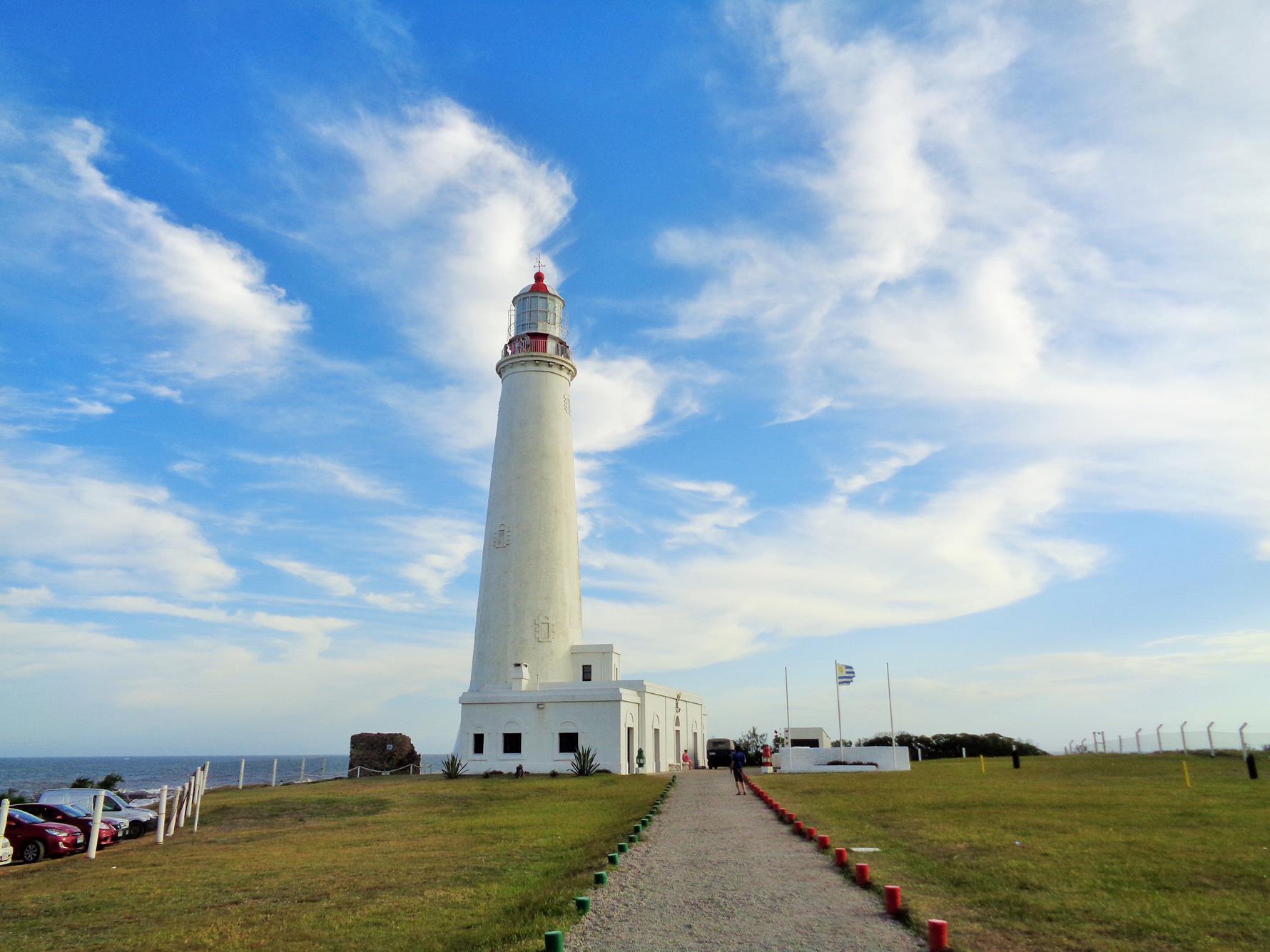 La Paloma is part of the region of the Departamento Rocha in sector 10 southeast of the departamento capital Rocha. The village, as well called “Pueblo” is situated on the Atlantic coast close by Cape Santa Maria and it´s a favored drop in center for sports-mad travelers. The surges are fabulous, but on many spots quite dangerous as well, so be careful! Some shops and hostels offer several types of bicycles and all necessary equipment for a good surf ride. The wide landscape is ideal for biking tours; the rough sea speaks for itself. In between the nature reminds on the North Sea,  the lighthouse could be as well somewhere in Scandinavia. The climate is moderate and the average temperature lies between 14 and 26 degrees pleasantly bearable. Means 14 degrees in July when it is winter there and 26 degrees in January when there is summer on the southern hemisphere. 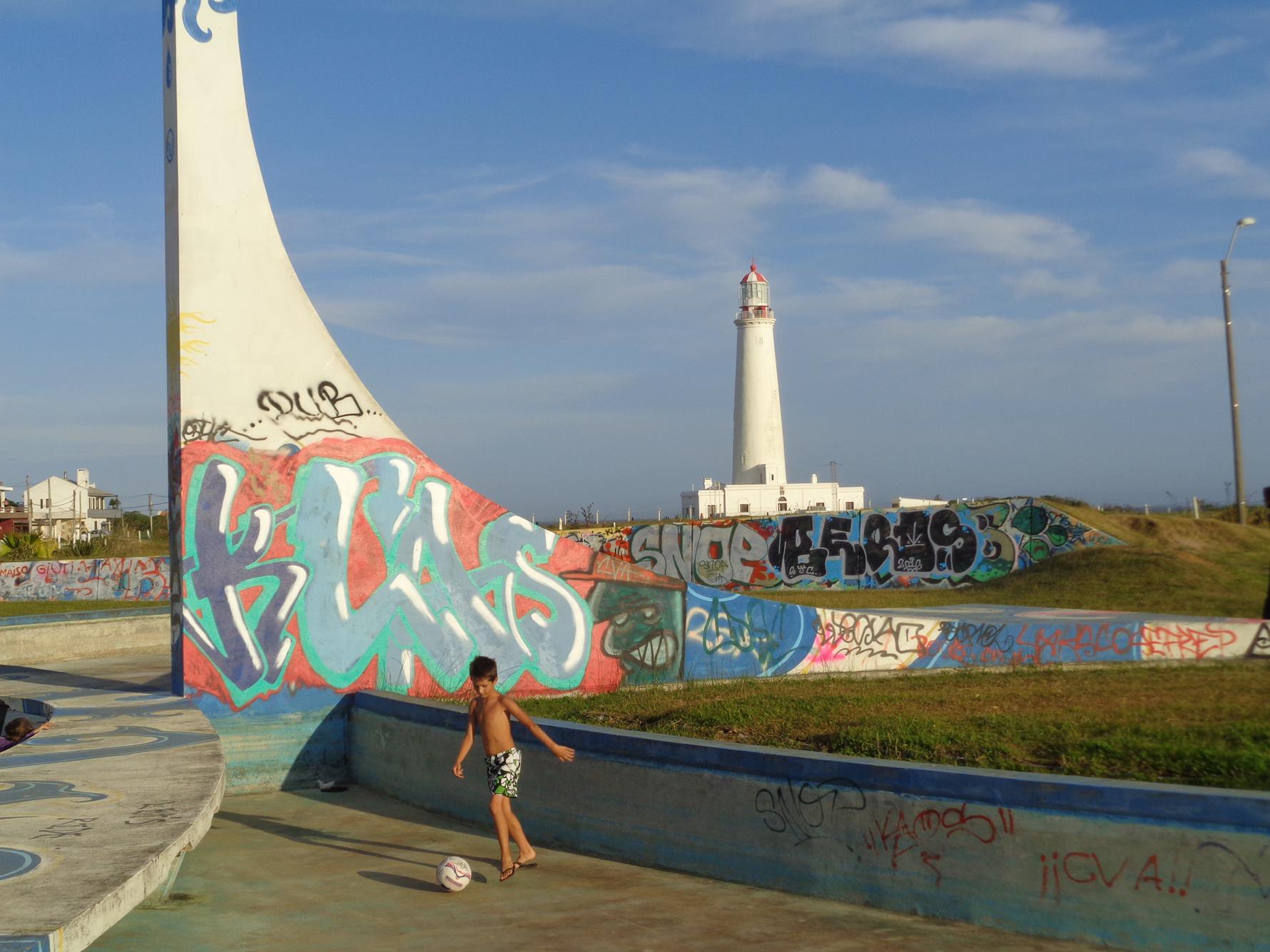 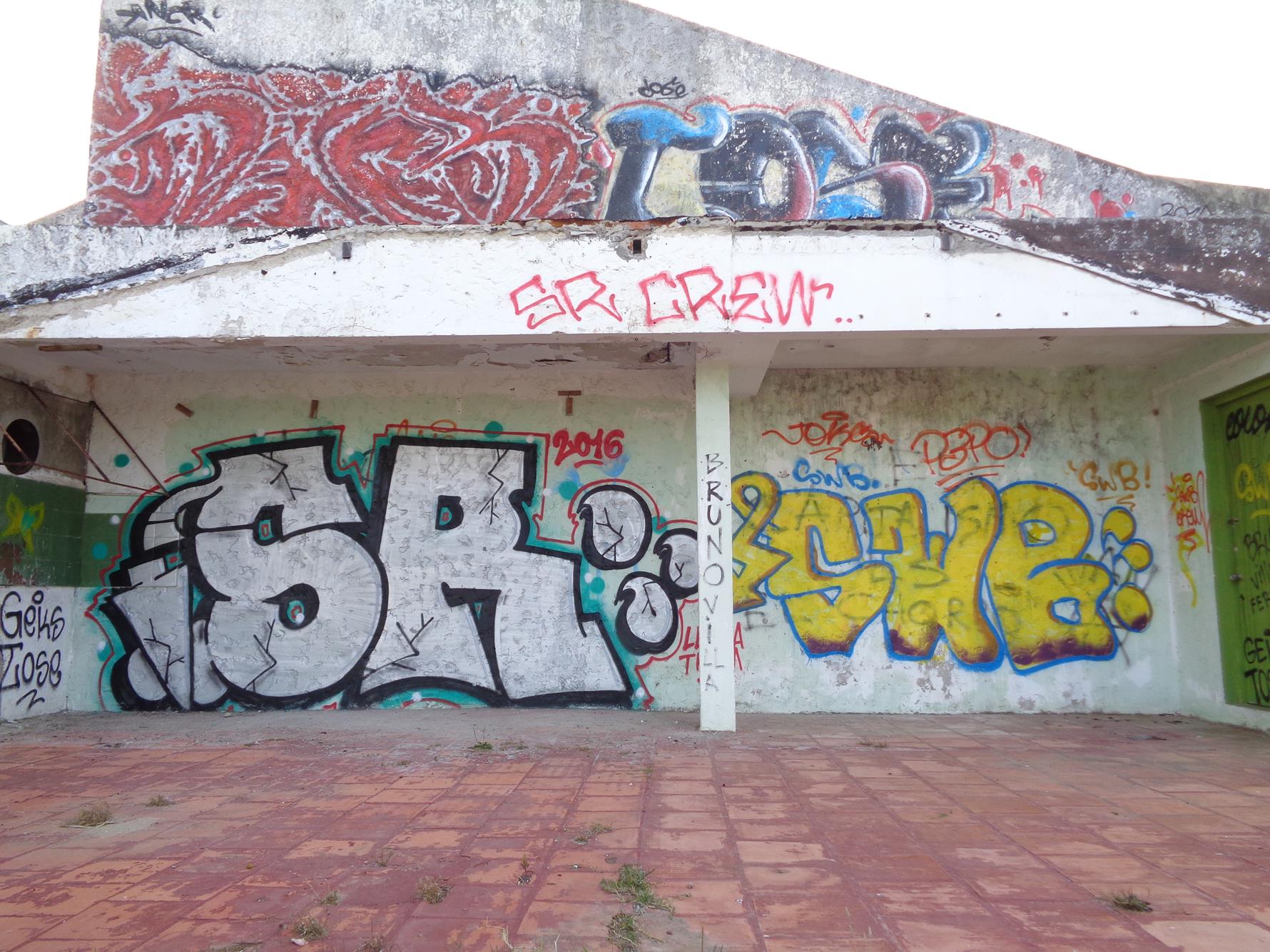 First of all there is the already mentioned lighthouse a big attraction. From there you will have an astonishing view over La Paloma, but as well the ocean and the environs. You shouldn´t miss this town´s landmark named „El Faro del Cabo Santa Maria“ and at the foot of the lighthouse there is a cool and graffiti encrusted skate park. The best way would be to rent a bike – they have as well skate park suitable vehicles – and then you start a big tour with the wonderful outlook from the lighthouse as starting point. Here is a drone video from La Paloma from highly above:

Around La Paloma there are numerous nature reserves and biotopes which you can easily reach and explore by bike or as well by trekking. But the distances are quite spaciously, on foot it would take a lot of time for sure. Therefore our advice: Definitely rent a bike. Inside the village and as well in the area around you can find a lot of half collapsed houses, ruins and left buildings which got colorfully redesigned from local or passing by artists. Those Lost Places just have some extremely juicy and creatively mystical effect on the visitors. 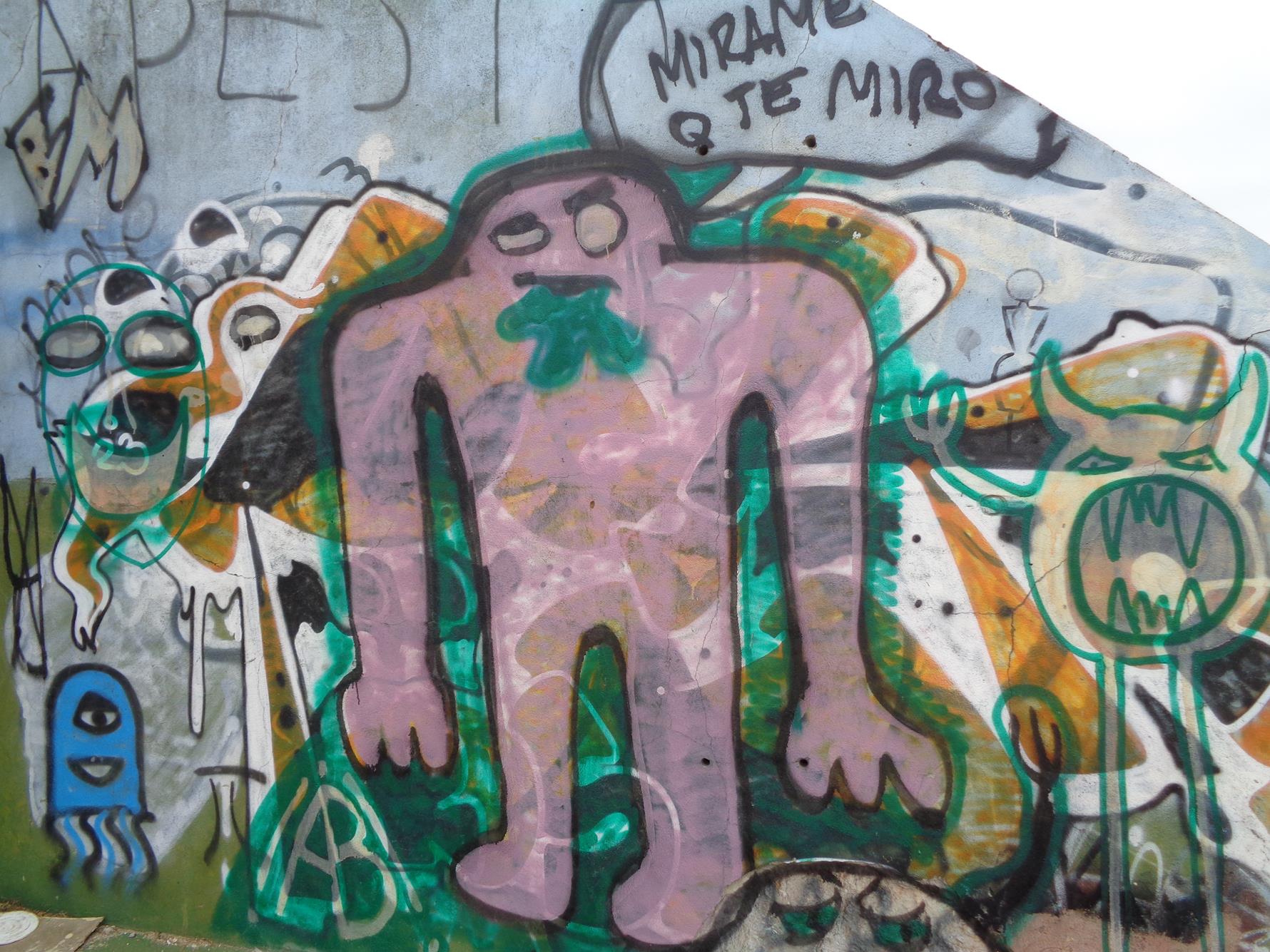 As well the art academy from the district capital Rocha did a painted art project in La Paloma several years ago. Students of the „Instituto Escuela Nacional de Bellas Artes“ created multiple wall paintings near the village park and at the Posada Corumbá. This public mini gallery in the open is worth a visit in any case. Here you can find a lot of different painting styles, artworks and messages, some made with acrilyc, some with spray cans and most just with simple emulsion paint. 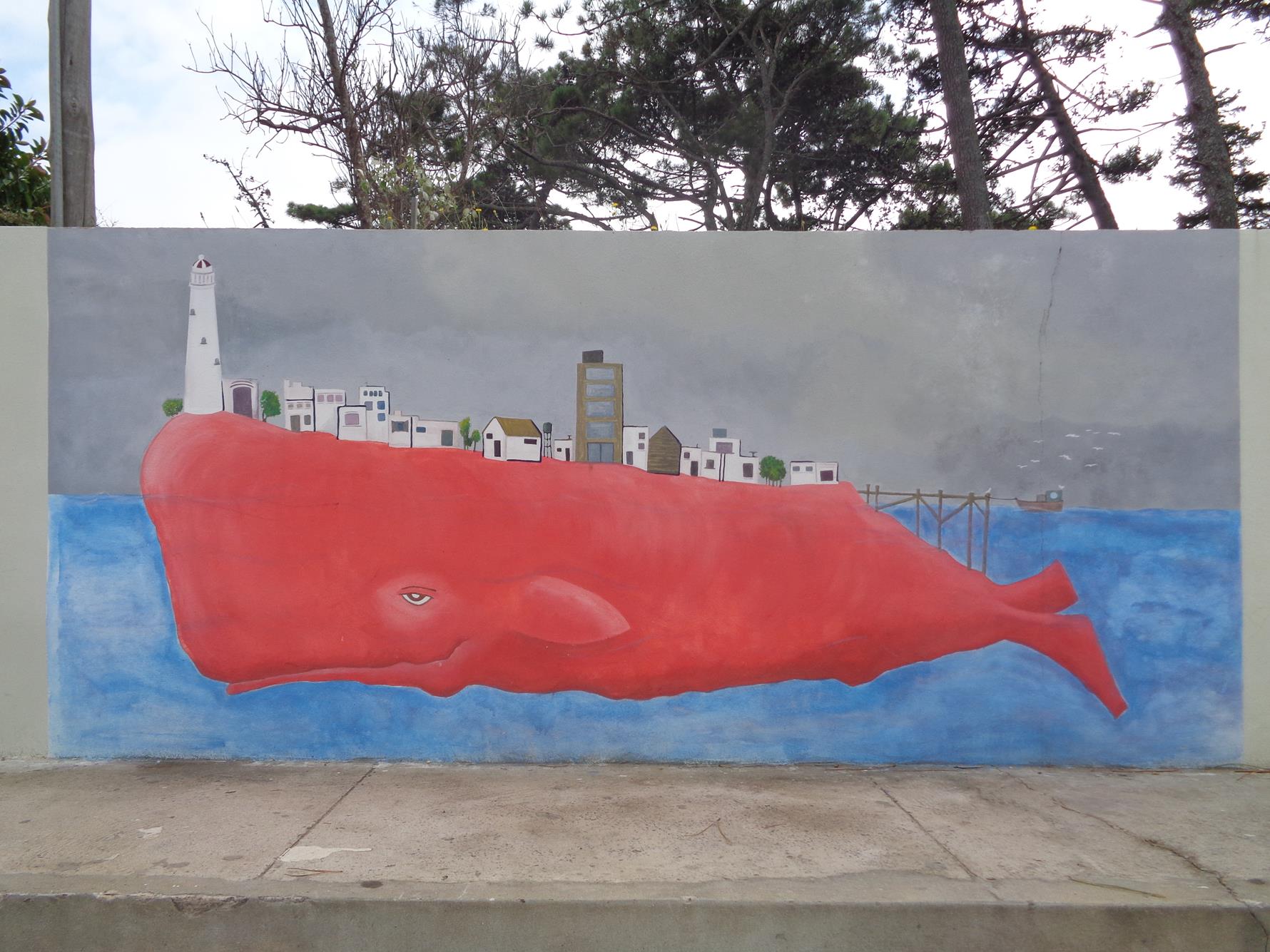 For the surf freaks we have as well an exciting video made by „The Endless Summer“ about the surfing in La Paloma as completion: 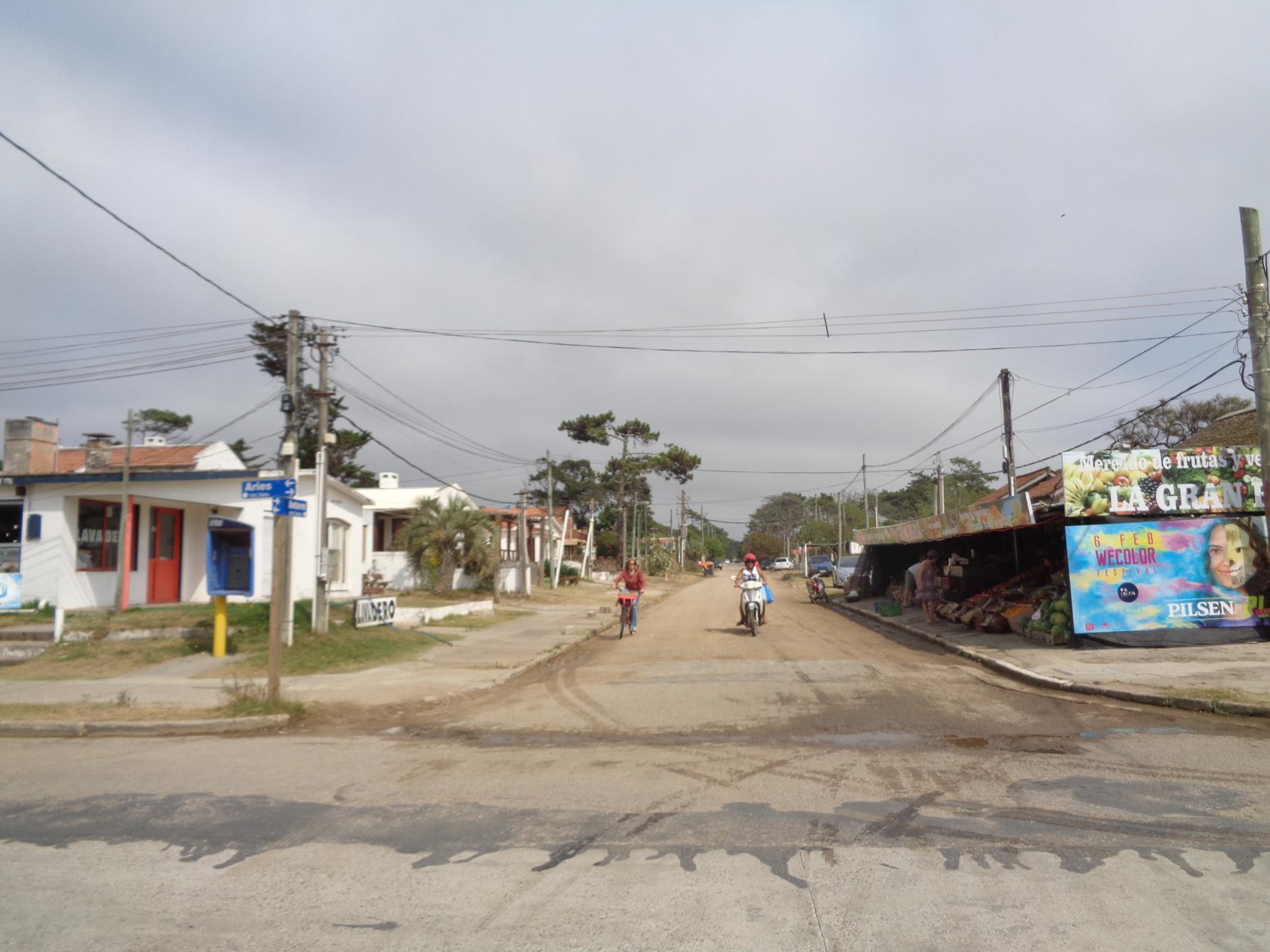