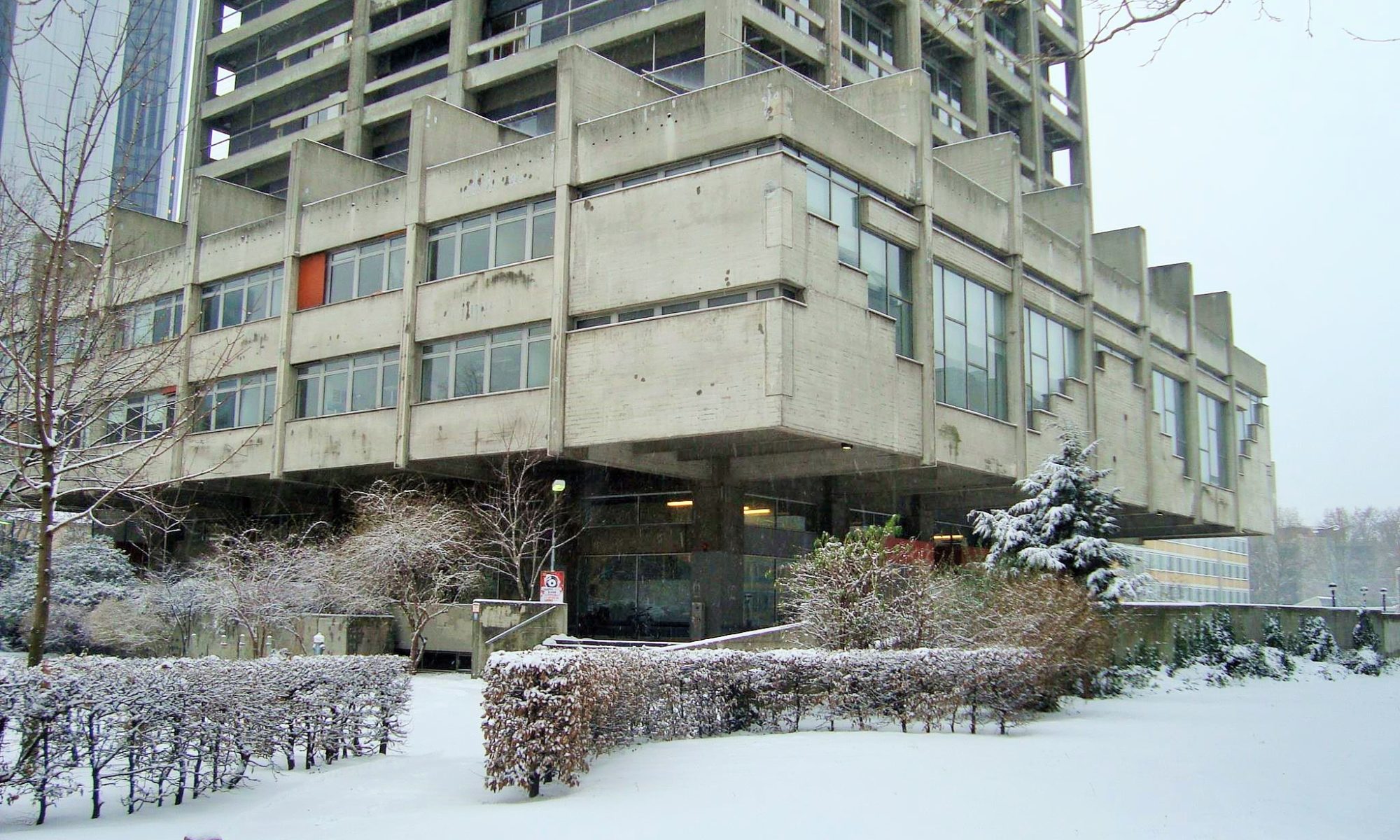 Some loved it, others hated it, most probably didn’t even know this building. The Brutalist style AfE Tower, built between 1970 and 1972, was most likely one of the ugliest university buildings in Germany, but for Frankfurt students from the departments of Social Science, Education and Psychology, the former 116-meter-high building was a student residence for around four decades. Often occupied and never repainted, this added to its unruly character. The tower often stood as a sign of the protests of the time and was considered the „somewhat different university building”. From the outside grey and cool, from the inside over and over covered with scribbles and wall paintings, with critical, clever and stupid sayings, political slogans or simply nonsense. On the 2nd. February 2014 the huge concrete block was blown up and torn down.

On the Streetart Map Frankfurt here is now a spot dedicated to the AfE Tower with over 850 photos divided into 17 categories like „Elevators”, „Doors” or „Stairwells”. The written stuff is certainly not optically beautiful, but this bulge of scribbles, accumulated over years, is a socio-cultural phenomenon and through the whole AfE-Tower there were probably more messages distributed than in all existing lecture halls together. If you are interested, click on the link. Former students, myself included, can reminisce nostalgically, the others can wonder how one could study there at all. Yeah, that was our beloved Tower! 😄 R. I. P.

The AfE Tower once provided space for 2500 students and 300 employees on the Bockenheim campus of Johann Wolfgang Goethe University. There were 32 office floors and 24 library floors on a usable area of 12,304 m², plus seven elevators. Even if these didn’t always work. The building was erected by the architects S. Werner and H. Nitschke from the state new building department of the state of Hessen. The construction consisted of reinforced concrete in a skeleton construction method in the already mentioned Brutalism architectural style. Yes, this architectural style really exists and the AfE tower was probably a prime example of this self-explanatory direction. The construction costs amounted to – in these years still in German marks – 60 million. In 1972, the social scientists moved into what was then Frankfurt’s tallest building, which had symbolic character and underlined the high standing of the department in the early 1970s.

In the following part you get a little glimpse of the meanwhile enormous galleries, as well you can just click on the photos or the linked heading to get to the collection of that theme. There are photos wich are placed in different categories, like doors with lots of stickers and tags. Those are for example sorted to doors, tags and stickers as well. If you have photos from the AfE Tower you can send them to info@vagabundler.com, they will get added to the database, of course with names of sources and photographers. For example, I have no photos of the seminar rooms or of the explosion day.

Many thanks to Kai Mauelshagen for this video here of the ending: