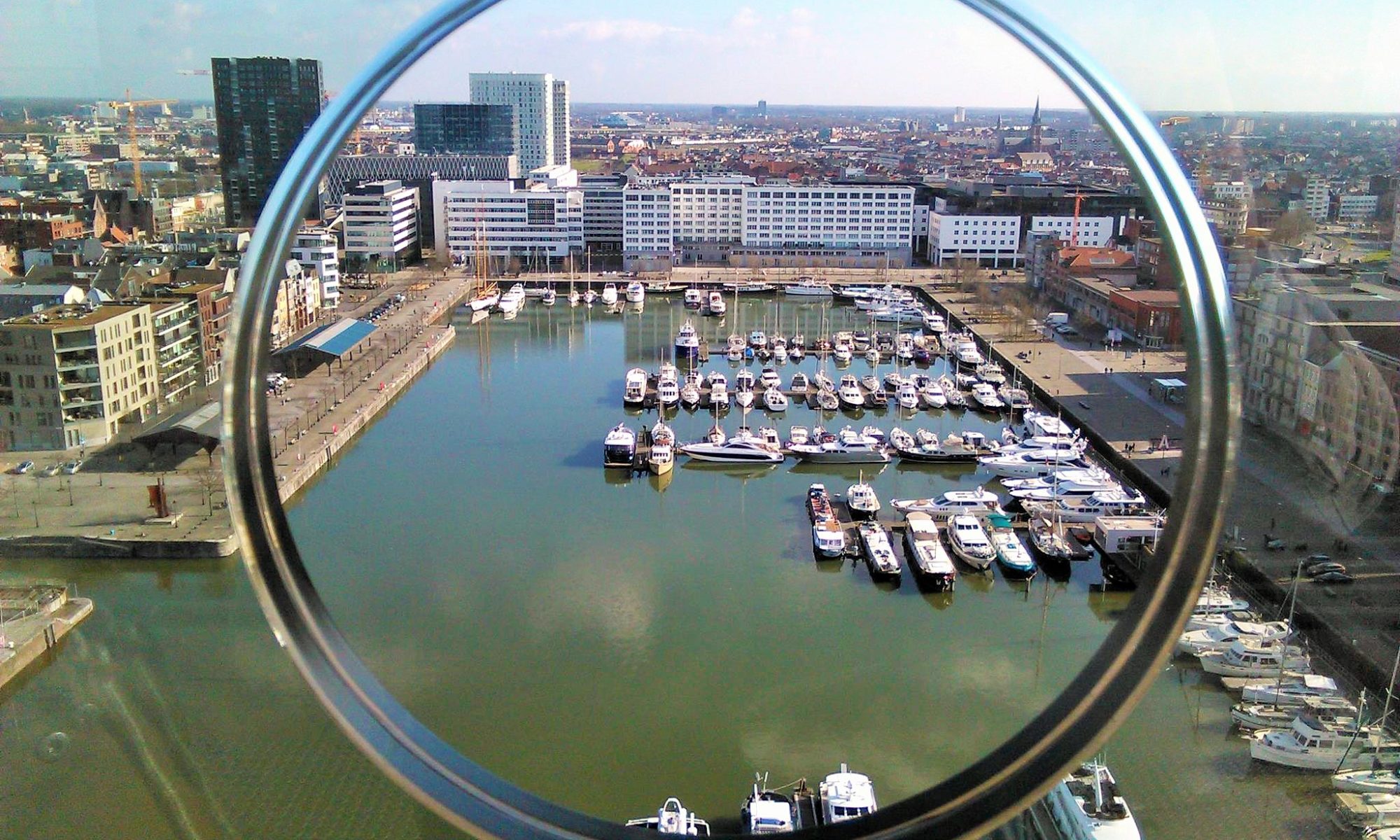 First to say, they have as well the best beer in the world, which I must enviously acknowledge, because meanwhile I am an absolute fan of Brouwers! It´s a Dutch just super grandiose beer brand. But they have as well excellent chocolate and the famous Belgian waffles of course. In addition, there are „Fries Deluxe“. The Belgians are excellently stocked in terms of quality and therefore Belgium is worth a visit just only  for gastronomic reasons.

With 11. 5 million inhabitants, Belgium has just as many breweries. At least you get the feeling. And this fantastic beer is often brewed in old monasteries. Hence the frequently mentioned name „Klosterbräu“. Obviously that means „Monastery Brew“. All right, 11 million breweries may be a bit exaggerated now, because in reality there are only about 280 breweries existing which produce around 1000 different types of beer. But it just feels like there are 11 million of these quaint and inviting pubs, as there is one on every street corner. And now there’s the big bang and super jocker! In Belgium there is also the Albert Heyn supermarket, which I already know well from Holland! Yeah!

Like Paradise! He runs my favourite Brouwers beer as a main brand! And you can also quite easily exchange your Dutch Albert-Heyn-Customer-Premium-Brouwers-Card for the Belgian version of this Albert-Heyn-Card. It is called and written on it „Albert-Heyn-Card“, but if you understand it, it´s actually a „Brouwers-Premium-Card“. By the card and the savings thereby my Brouwers was almost always free with purchases. Grin! Maybe I just imagined it, but with a total purchase of 30 euros, the Brouwers was always free! Yes, game winning sweetheart! This info here is not about telling you to get this card, but it´s definitely telling you to get some more Brouwers.

Although you could dedicate a whole article or even a book to the exquisite Brouwers Beer, we have to get back to the location: Antwerp is one of the most beautiful and fascinating cities in Belgium! The trading metropolis is world-wide famous by the diamond trade, even if I personally stand less on klunker. For me, these are just stones, even if they sparkle particularly beautifully. It affects me more peripherally. The town on the river Scheide is also known for its harbour, which is home to the largest lock in the world. In a European comparison, the port ranks second in terms of landing volume behind Rotterdam. 238 million tonnes of transhipment is by no means a cardboard handle!

Antwerp is particularly impressive for its imposing buildings. With 520.000 inhabitants it is the second largest city in Belgium and the capital of the Flemish Region; in the coutry capital Brussels live 1,2 million people. The art and culture scene in Antwerp is strong and worth a visit! There’s really a lot going on there! Really interesting and partly also very weird!

When it comes to buildings, the five historic churches of the old town are definitely places to mention and you should visit. The old town is generally very worth seeing and takes you back to the Middle Ages. These five churches are: The Cathedral of Our Lady (Onze Lieve Vrouwekathedraal), St. Paul’s Church (Sint-Pauluskerk), St. Jacob’s Church (Sint-Jacobkirk) with the tomb chapel of Peter Paul Rubens, St. Andrew’s Church (Sint-Andrieskerk) and Caro-lus Borromeus Church (Carolus Borromeuskerk), a major work of Jesuit architecture. The main railway station (Centraal Station) and the „Museum aan der Stroom”, from which you can enjoy a wonderful view over the city and the harbour, are definitely also recommendable architectural and cultural highlights.

Since I and my companion have stayed near the main train station during our visit, it should be noted that the area – as usual for main train stations typical – it smelled all around like a single stoner’s room, which gives the whole thing an additional flair. The proximity to Holland could be another reason and as an indication, why it smells pleasant in the streets. The shops in which diamonds are traded are heading everywhere around towards the city centre. This first impression was irritating, as just really one of those shops is in line with the next one and the question arises: Is there anything else here besides diamonds? I hope so. If not, I’ll go directly back home. And fortunately, this impression has changed very, very quickly. My preferences are actually clear: Street Art, Art, Culture, Good Food and a Decent Celebration. I’m very modest. So, anything that goes with it! It’s always the same. Full throttle!

For an awesome, extensive party we had provided in advance with the super nice  „Rampage” festivity which took place in the Sportpalais. A gigantic drum and bass party that is second to none. In terms of sound, everything was there, which has rank and name and causes a sensation in the scene. As an additional surprise, we received one of the biggest indoor light spectacles ever. Perhaps this was clear to many visitors from the outset, but I don’t deal with such things in advance, because I don’t like disappointments and I think too much about how it would be. I like to be surprised. And that’s definitely what happened! The visual show is not only extremely impressive, but also flashes into everyone’s brain waves and knocks out serotonin properly. Fabulous, beautiful and absolutely always back! Full of lasers, dude! The sound is set for me anyway and the vibrations of the body are automatically preprogrammed. A mega-event of superlatives. In the meantime, the first one-day event has become a two-day festival, which even takes place in the fresh air. Awesome! Shibby!

On the subject of Streetart, I have set relatively few spots in Antwerp. This is actually a rarity, but it had good reasons. On the one hand, the weather with rain was not quite as plump, on the other hand, the time management in the city was relatively tight. Okay, the weather is a lazy excuse. There’s no bad weather, just bad clothes. But that’s why I only recorded individual spots in passing and didn’t look for them in a classic way, as usual. However, a fantastic artwork of LAZER from the Heavy Weights Crew, a Belgian artist, still caught my attention and stuck with me. On the other hand, there was an exhibition in the city, which I absolutely had to attend. Since I did not care about the 35 euro entrance fee. In addition to TONA (Germany) and BLEK LE RAT (France), this stencil artist is one of my absolute favorites in this field.

He is probably the artist of the moment in the stencil sector and by doing freak out art at random suprising places which is just making you think about issues and art also. And this went worldwide and the guy is keep on doing. Very nice!. Even in Corona times, he shoots really good stuff! Everyone knows him, but they don’t know him. Confusing, isn’t it? Such a short drumroll. None other than „BANKSY”. There was a great exhibition about his atworks in Antwerp at the same time and we found it! That was worth two Brouwer’s beers in a row! The only question was when. We had seen it and actually it was clear: So now! We just saw it, it is cool, but we don´t have time, so we have to do it now! I’m celebrating the „company” behind „BANKSY” or the artist collective, the artist him-her-itself, whatever. Probably because no one knows who or what it really is. This has charm. „BANKSY” stands for political, critical streetart and practice of visual cultural and social criticism. Just awesome! It encourages reflections and is questioning the current conditions, it makes you think about the alienates and the saddens, as well it brings joy and actually unwinds the entire emotional program in pictures. Very hard toboggan, but that’s my thing. So in to the exhibition and off to it. Here in the article are some beautiful works, if you want to see more of them, check out the article Banksy Exhibition Antwerp.

As a result of the bad weather, a real cultural trip in Antwerp has finally taken place. The Museum of Photography in Berchem directly at the sheath was also really entertaining and there were very funny photographic works of art to marvel at. The guy with the hundred cigarettes in his mouth or the lockers for valuables have remained in my memory. I still have to laugh when I think about it. In the Panamarenkohuis, a museum of modern art, there was also a lot to admire. Whether cool fashion or curious hammocks. There’s something for everyone. The Museum aan der Stroom also had to be inside the tour, just because of the phenomenal view of the city. This was all very worthwhile, was a proper run with lots of impressions. Just the way I like it! Carpe Diem – Take advantage of the day!

Last but not least, such a trip also draws a lot of energy, so you should keep your strength at bay, eat and drink well and taste a few Belgian beers when there is no Brouwers at hand. As a recommendation for Belgian waffles, the „Desire de Lille” is certainly a stable decision. For dinner I personally found the „Wasbar” an old launderette that was converted into a restaurant, both bizarre and ingenious. The food was excellent! Go there if you like bagels and sandwiches, good coffee or cake. The concept combines the these parts perfectly: Washing your clothes, eating delicious food and dry your stuff in a very dignified, comfortable and relaxed ambience. Very interesting and something else.

I will definitely visit Antwerp once more again, if not even more often. The party event „Rampage” takes place every year and the whole street art of the city should be documented as well a bit more. There is a lot to see and to do, but that keeps you supple, it is definitly an enjoyment to explore this city. The time there was really good! I can highly recommend it! The Belgians are sypathetic, entertaining and know how to have fun, that’s for sure!