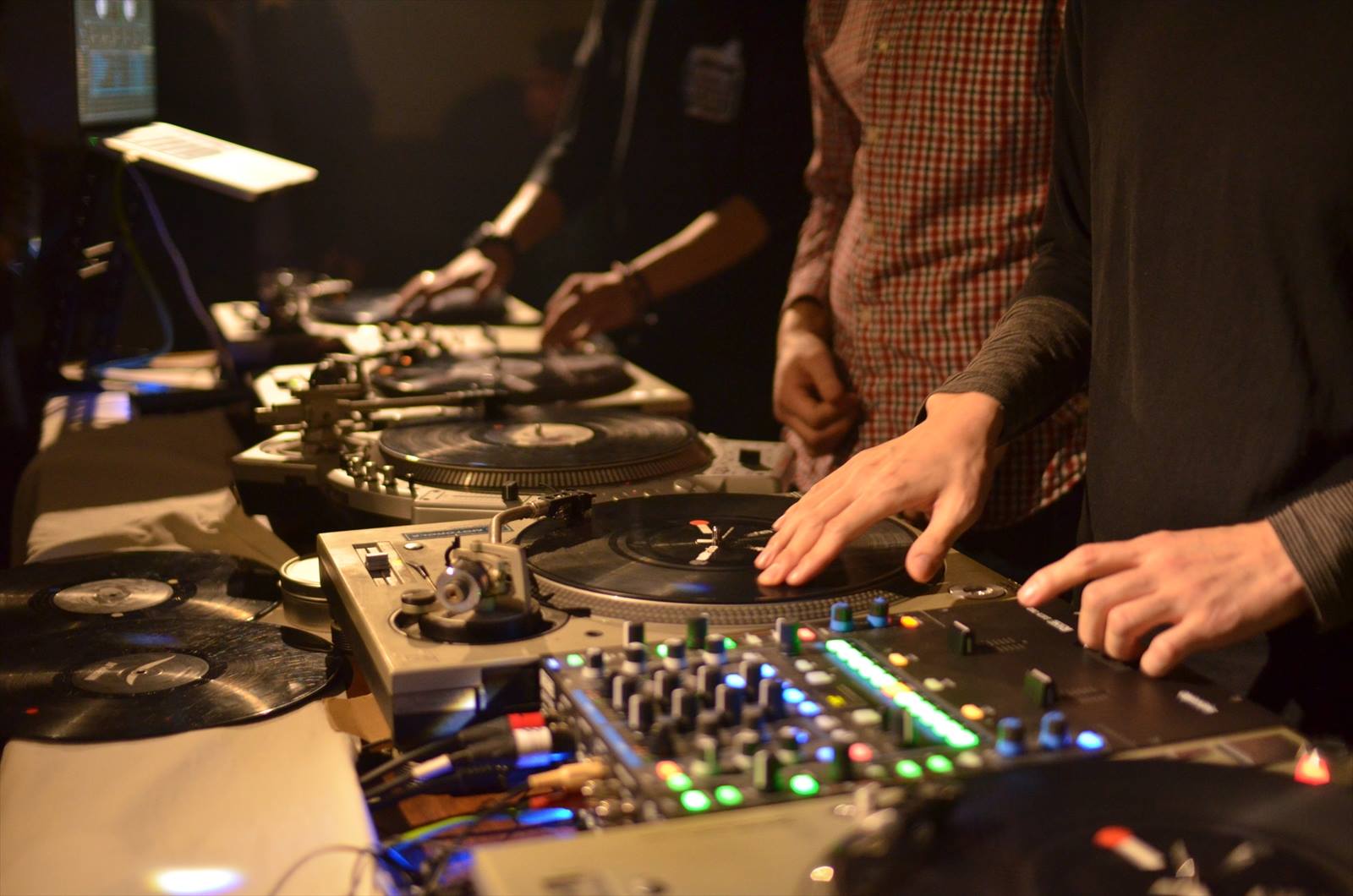 Today we have some more insight into the Japanese music scene and here is an article about a cool record store in Osaka. I wrote already about the Drum & Bass events in the land of the rising sun. In that previous article is an interview with the UNSALTED founder and organisator Munetoshi Maruyama or just Maru. For recording that interview we needed a place to meet with Maru and DJ Fetus, they suggested the place G.R. Café Terrace. First I thought I would be just a small café or a bar. Actually it is, but as well much more. The place is the homebase of the labels Grind Records and Undergrind. There is a record store included, a lounge where you can get several cocktails and craft beers and as well delicious food. They have cloths and streetwear, magazines and dj equipment and a room where you can get a bit louder and use this dj equipment, make sounds and dance. And of course there are heaps of vinyls and records. 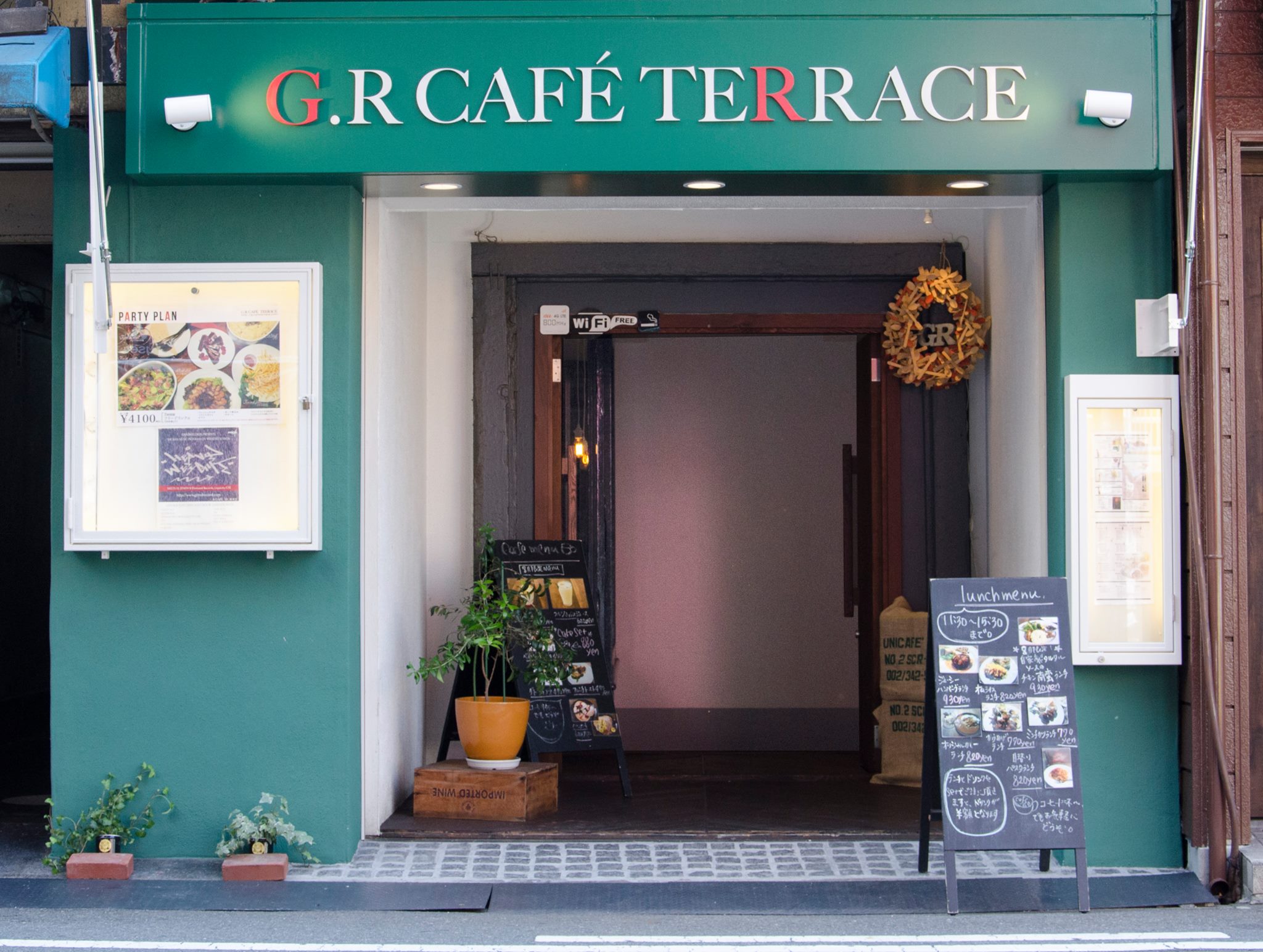 Yutaka Kajiura runs the bar and the shop together with his wife Kaori. His works with his passion for music and is active as a DJ in the scene since 20 years. That means he know as well how it was before the partyless years below the Fuei-ho-Law and during that time. In the beginning he started with skateboarding and hip hop music, which he played as a DJ. After he read an article in a magazine about the Drum & Bass artist Goldie he became curious about the style and immediately enjoyed it. When Goldie then with perfect timing came to Osaka in 1998 for a party, this evening shaped Yutaka and had a big impact on his perception on the music. He met the crew and built up new connections. Later he became resident in the team of Mutant Records in Osaka, a specialized record store, which he was as well a patron customer. 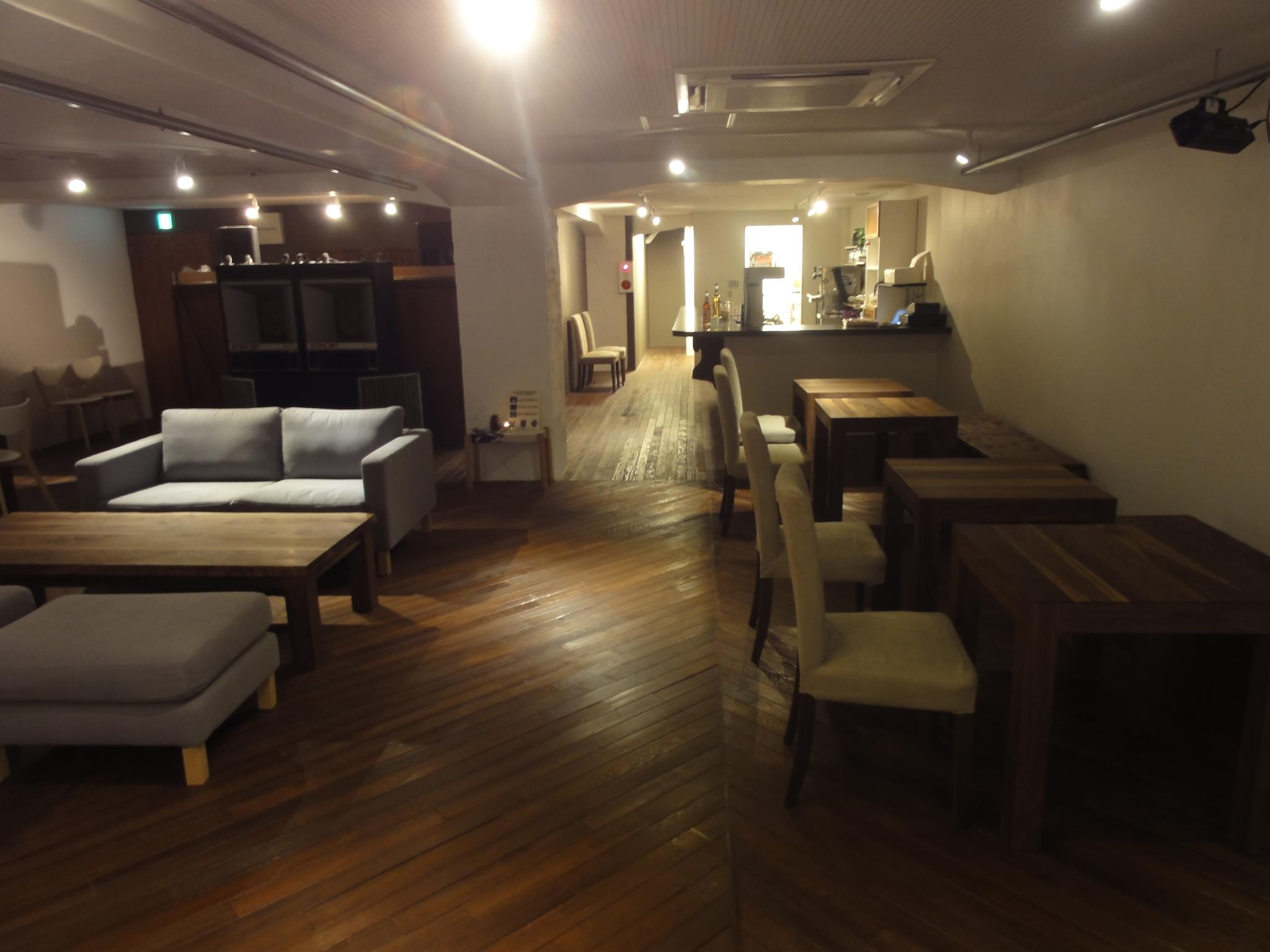 Unfortunately Mutant Records had to close because of the flourishing and fast developing music economy in the internet and the mp3 media. The same fate occurred to numerous other on-the-street-stores and shops in this sector. The source for new music was closed for now, but also the meeting point for musicians, DJs, listeners, party folks and interested ones from all the different special genres and subcultures. On the one hand is was because of this emergency situation, but as well it was the plan some time to do it anyway: Yutaka opened in 2006 his own store „Grind Records“. Actually everybody told him not to do it, it would be too difficult and wouldn´t work in these times. He still did it and followed his passion. Meanwhile you can order all products as well online and he can send them via shipment overseas. 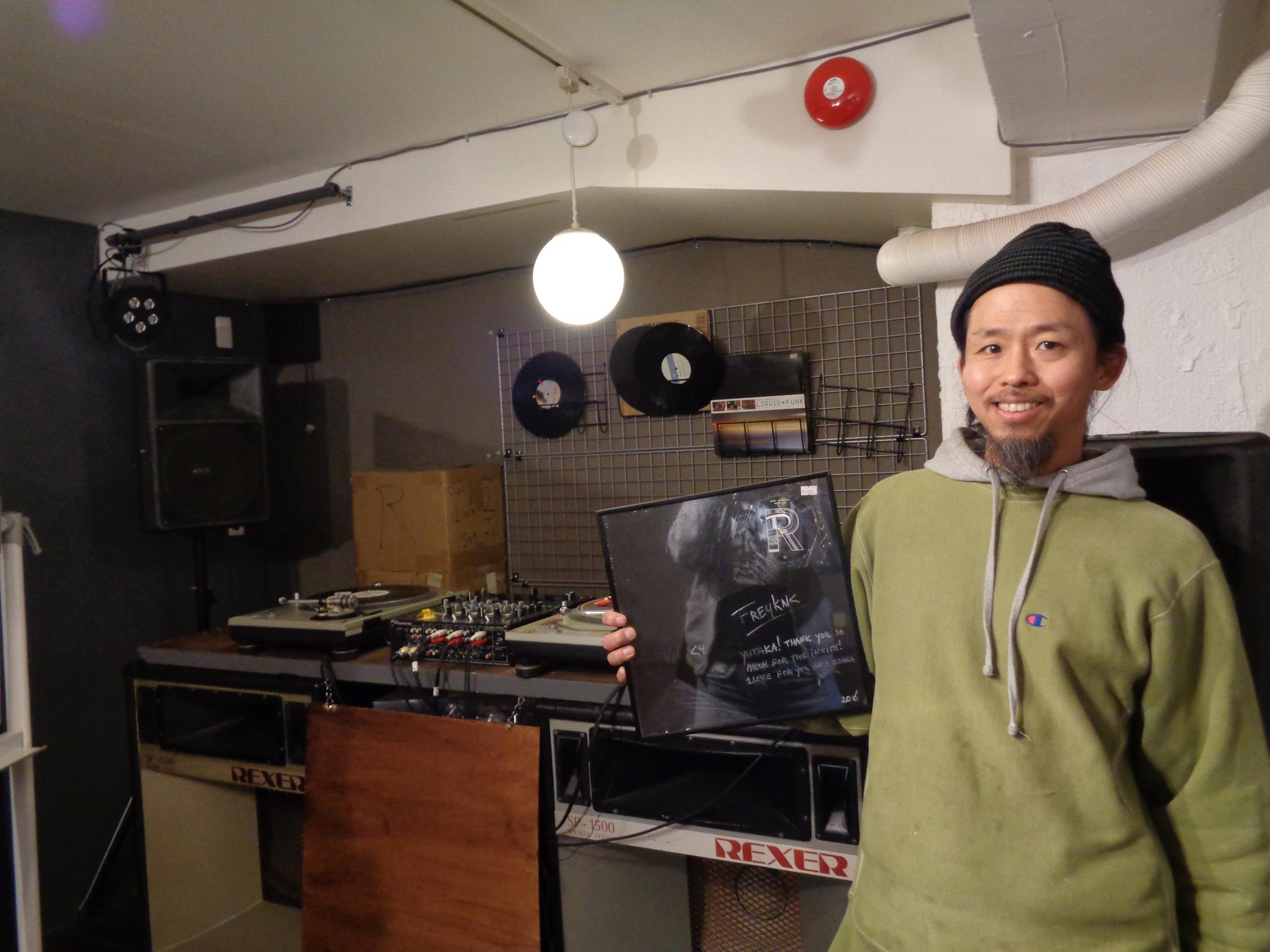 But the own record store isn´t only in terms of offering good, special and high-quality music, for Yukata it is as well very important to offer a place where people from the scene can meet. Where musicians, DJs and Fans can have conversation and collaborations can begin. Here you will find flyers, announcements of partys or oportunities for doing DJ sets at some gigs get conciliated. The first mini-shop was just four to five meters big and completely filled with vinyl and DJ equipment. Yukata worked every day from 7 to 10 a.m. in a noodle shop, after this again seven hours in the record store. Over all there have been regular DJ actions, sessions and parties. 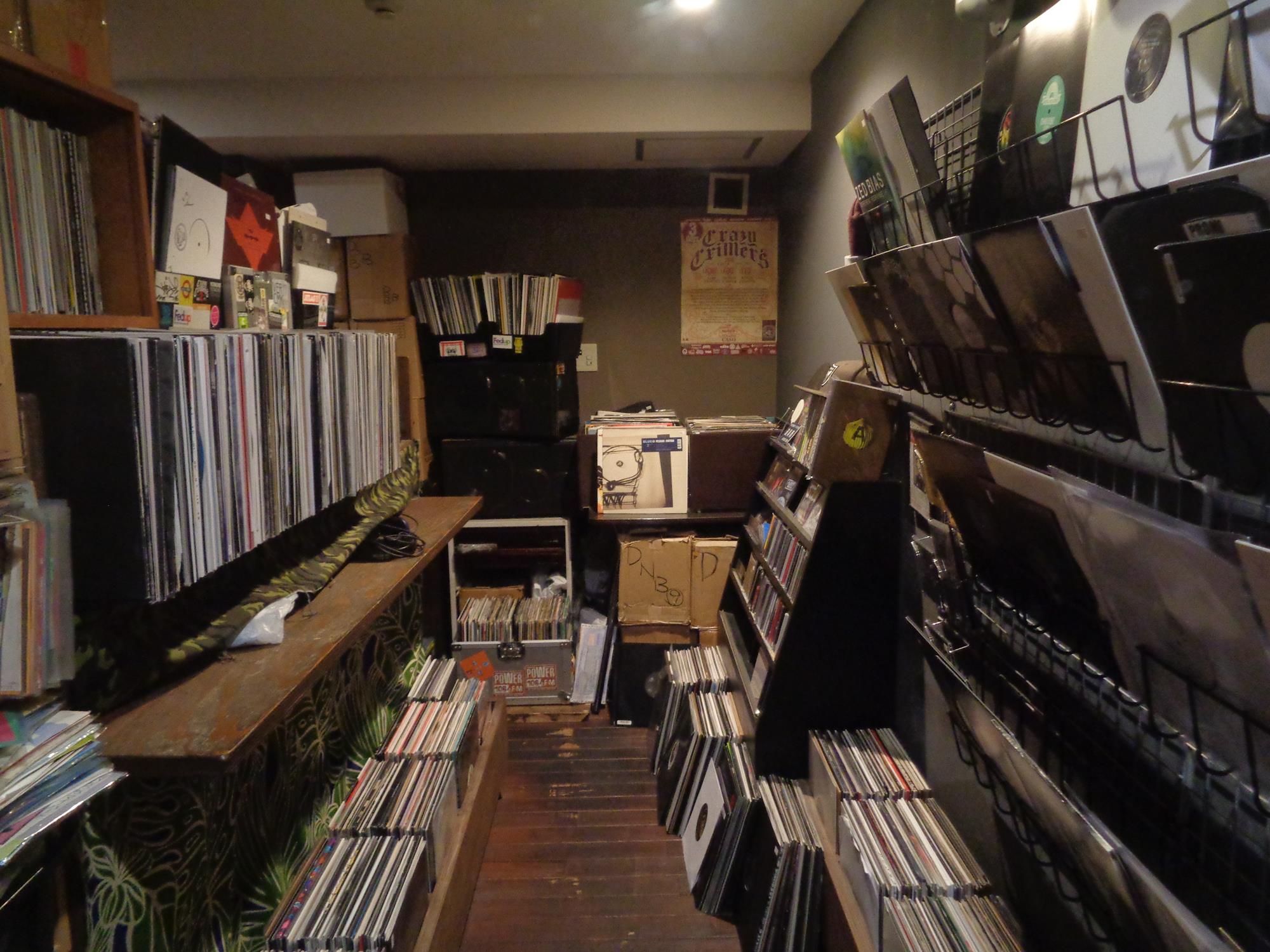 In 2010 Yukata opened the new and much bigger location. The whole project expanded and started to grow. To the label Grind Records the fashion label Undergrind got added, an idea his wife Kaori had. There is as well now a huge chill area, a bar, a kitchen and in two rooms fully provided DJ tables. The concept is complementary and smartly planned. Visitors can drink a coffee in the lounge, eat some desert or several warm exquisite snacks after they browsed through the cloths on the wall and the boards and through all the vinyl propositions. On several evenings there are live DJ sessions, for example on Thursdays there are the regular UNSALTED Drum & Bass events and on Sundays there are the Sunday Bass Music Sessions HEAVYWEIGHT SUNDAY. Yutaka told us in an interview about the origin of Grind Records and the music scene in Osaka. 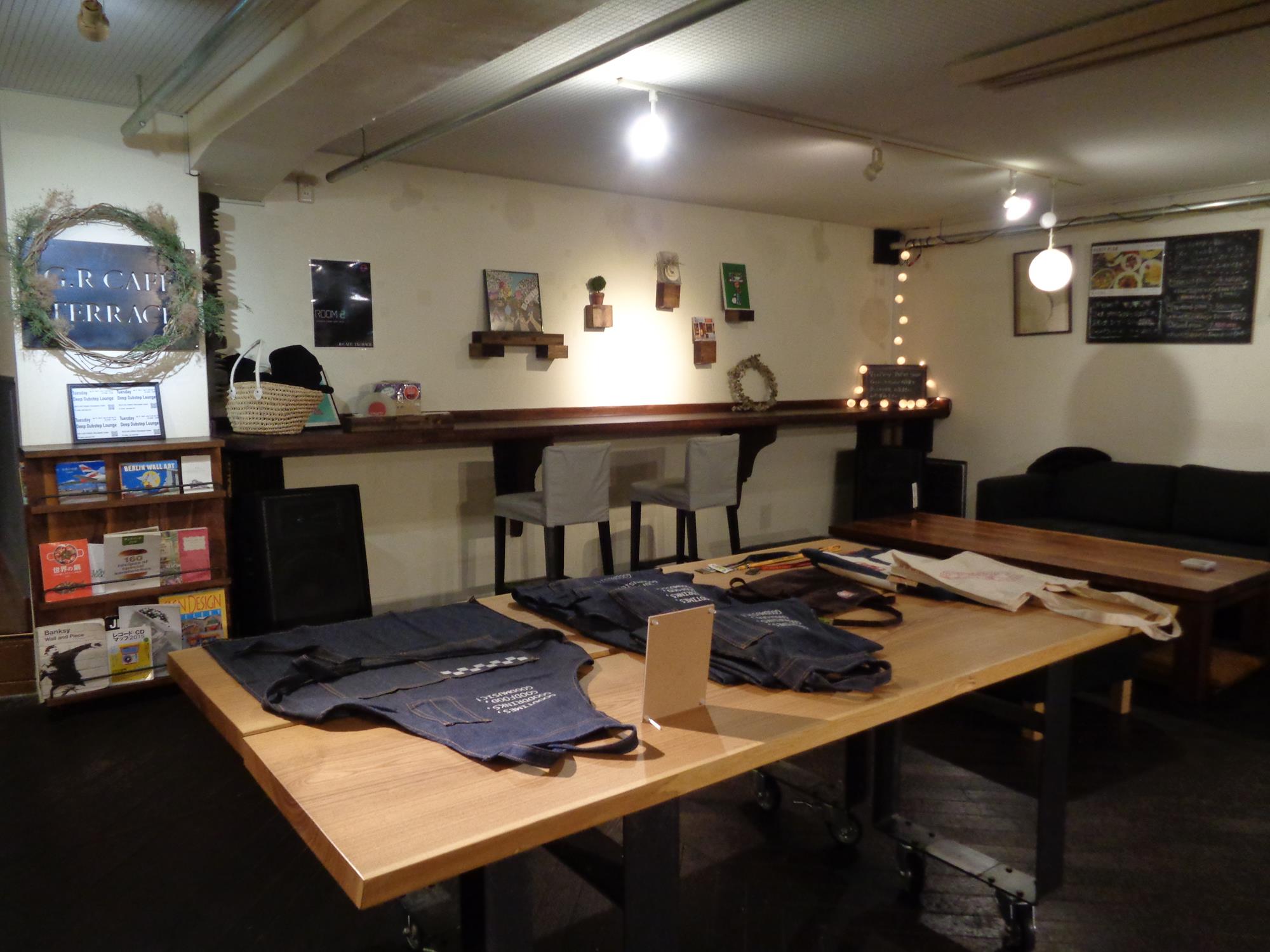 A record store just by its own maybe would have been more difficult to manage and keep profitable, but Yukatas combination idea works quite well. Restaurant + Café + Fashion Shop + Record Store + Mini-Studio + Mini-Party-Room with live Dj-Sessions. The owner is adventurous and open for new artists. He offers with his rooms space for different events and celebrations, for concerts, literature and arts. Even a Kabuki group rents the place for a gig sometimes. If you do music and you are travelling around in Japan, feel free to get in contact with Yutaka or just visit him at his locality G.R. Café Terrace in the district America Mura. 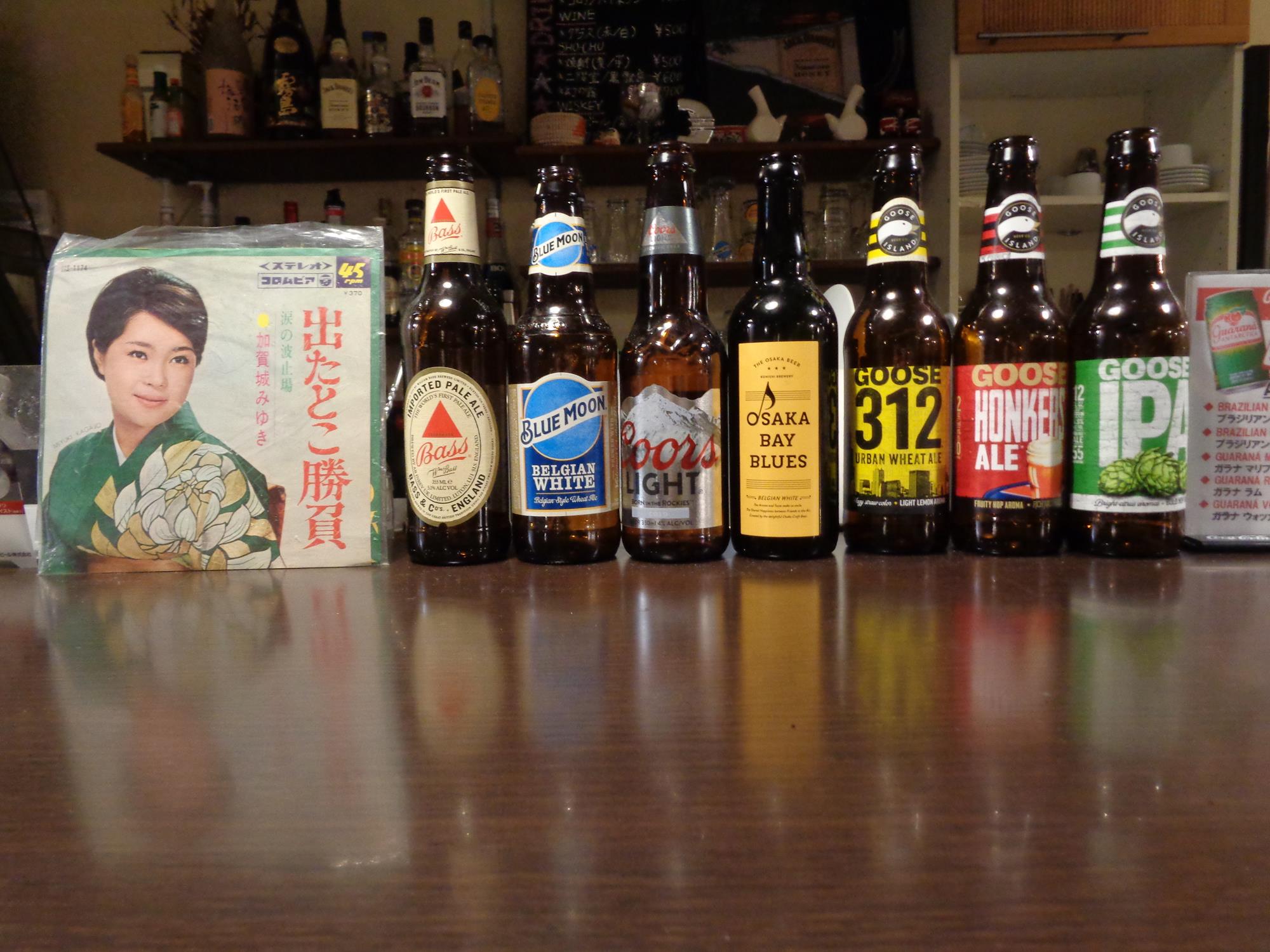 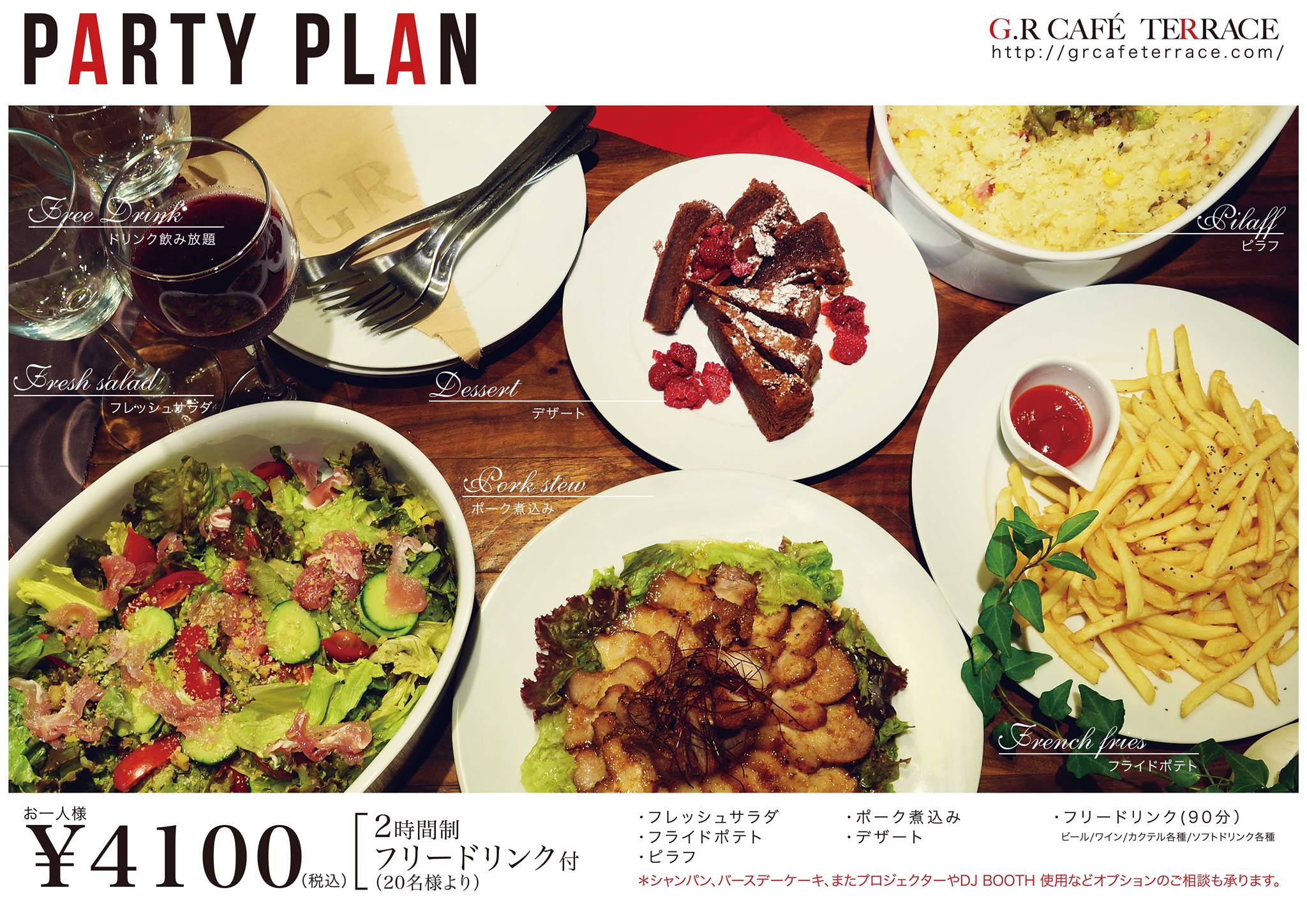 Here are some tracks of DJ Yutaka from the Grind Records Souncloud Channel: 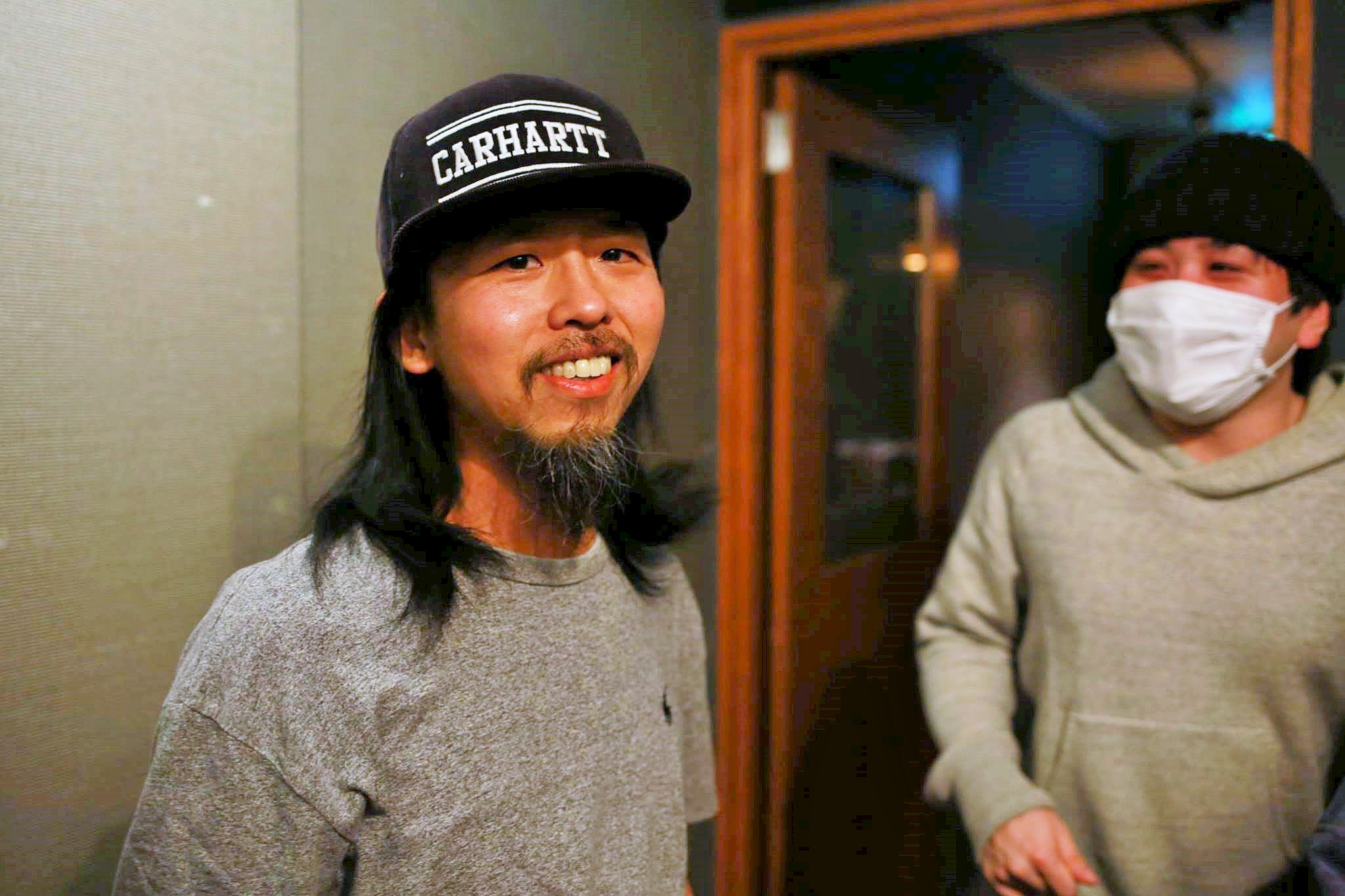 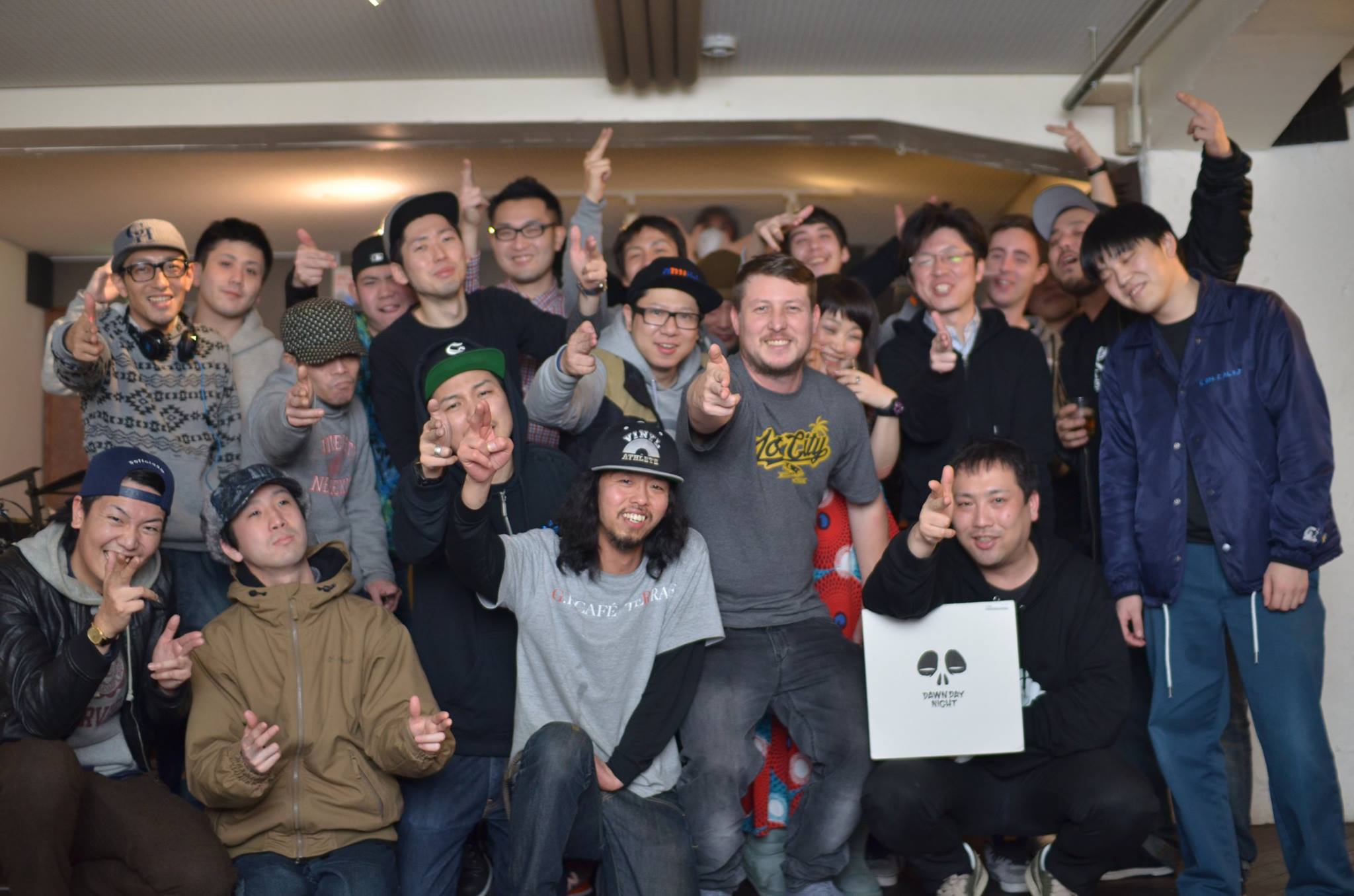