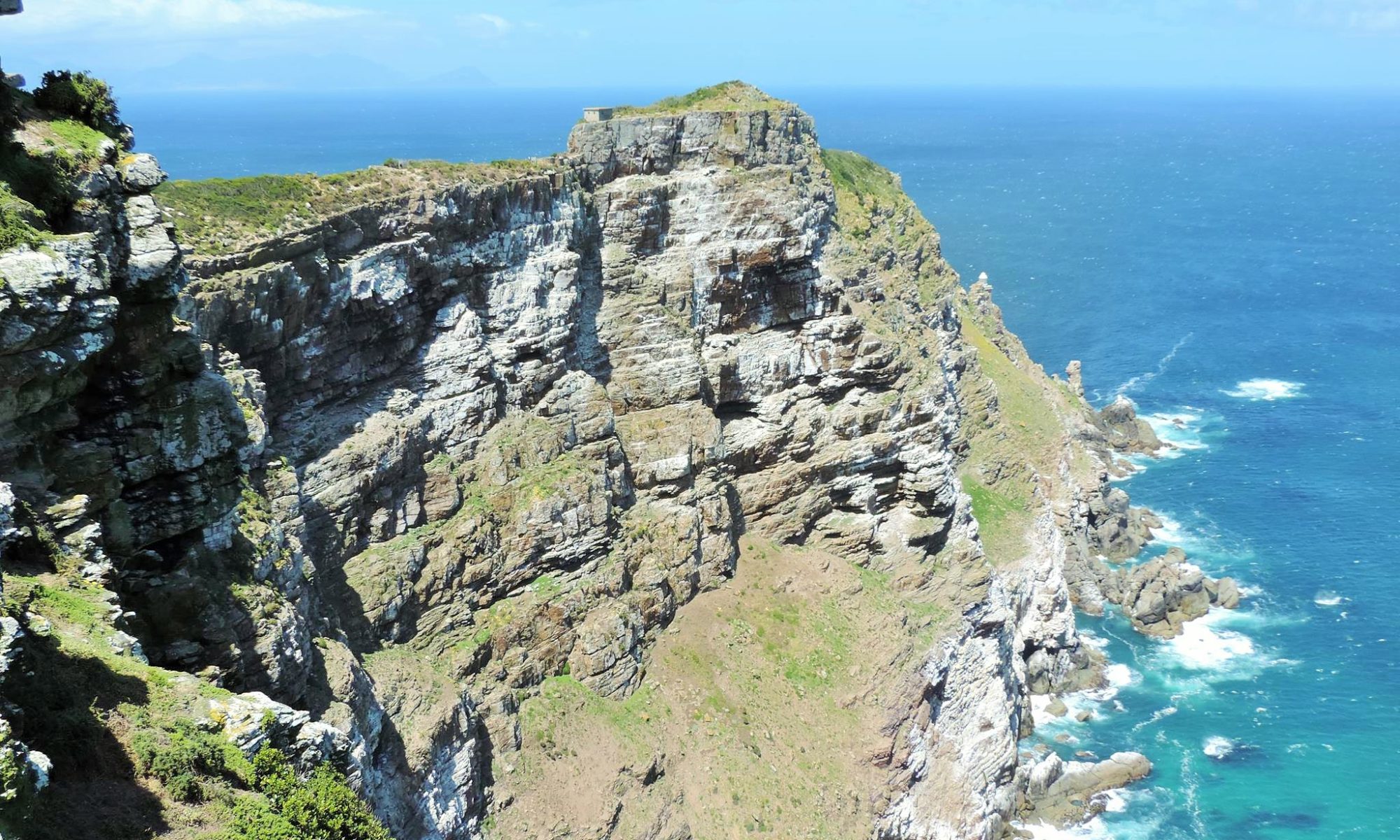 On a trip to South Africa and Cape Town, the picturesque Cape of Good Hope is of course one of the main spots you should have seen. The spectacularly shaped peninsula between the Atlantic and Indian Oceans rises like an arrow into the maritime border area and frames a paradisiac white sandy beach, where turquoise blue waves break. We stayed for a few days in Mothercity, as Cape Town is often called, and explored the region by rental car. As far as you can handle the traffic on the left, this is probably the cheapest and most flexible exploration opportunity. Of course, many things also go by public transport and countless tours and day trips are offered, but if you want to avoid the big tourist crowds and prefer a free time schedule, then we clearly recommend the rental car. The easiest way to book the vehicle you want at Avis, Europcar, Budget, Tempest or Thrifty is to pick up and drop off directly at the airport. 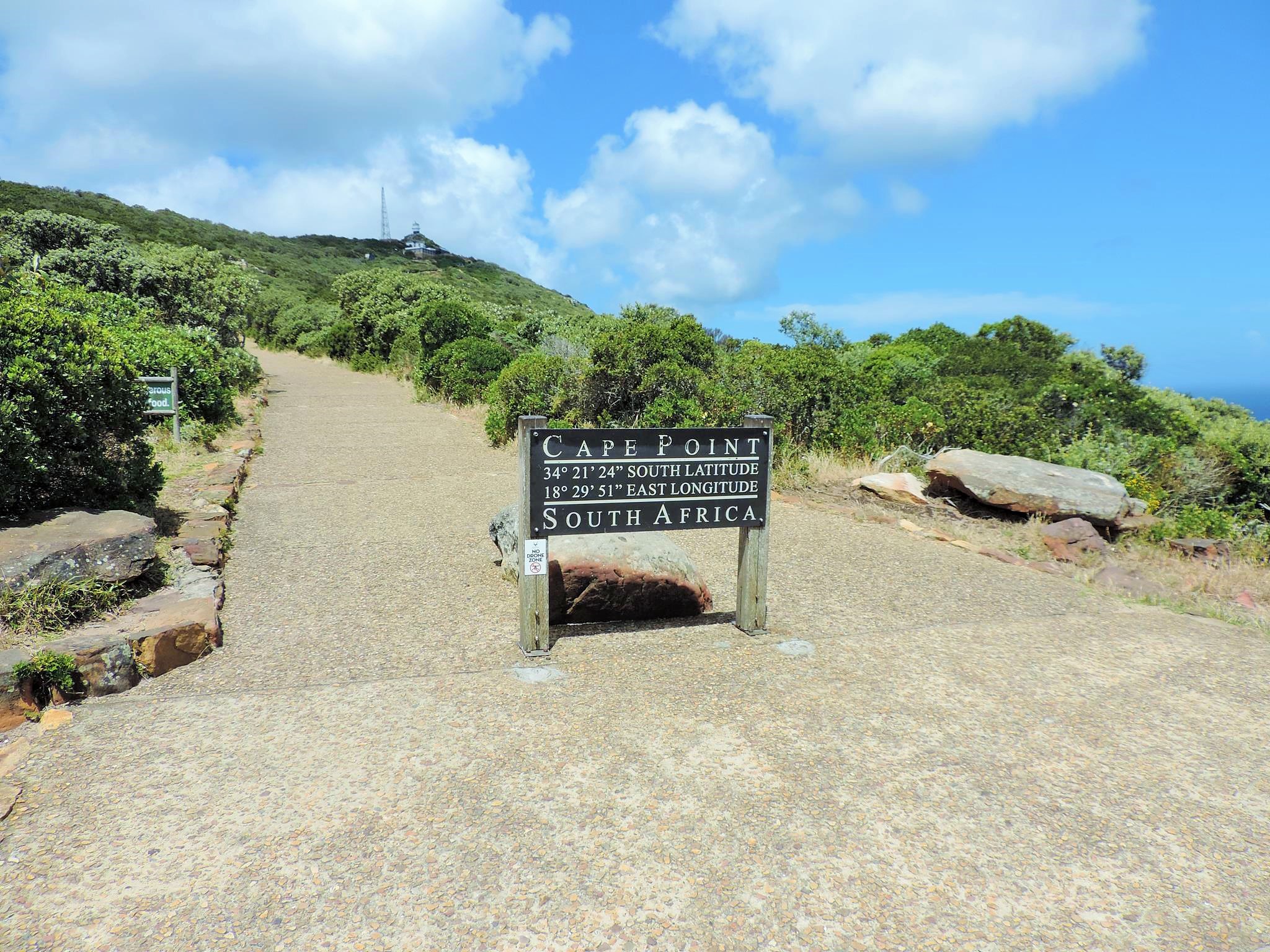 As far as you have your own vehicle, you can set out for the Cape in the early hours of the morning. The steep and rocky cliff lies at the southern end of the Cape Peninsula and is actually only 44 km from the city center of the metropolis, the journey should take no more than one and a half hour at this time. At a later time one gets into the enormous rush hour on the one hand during the week, in addition, innumerable other visitors arrive by bus or own cars. The snakes at the entrance to the Cape of Good Hope National Park can be very long. Although we left early, we needed more time to wait there than for the actual drive to the Cape. 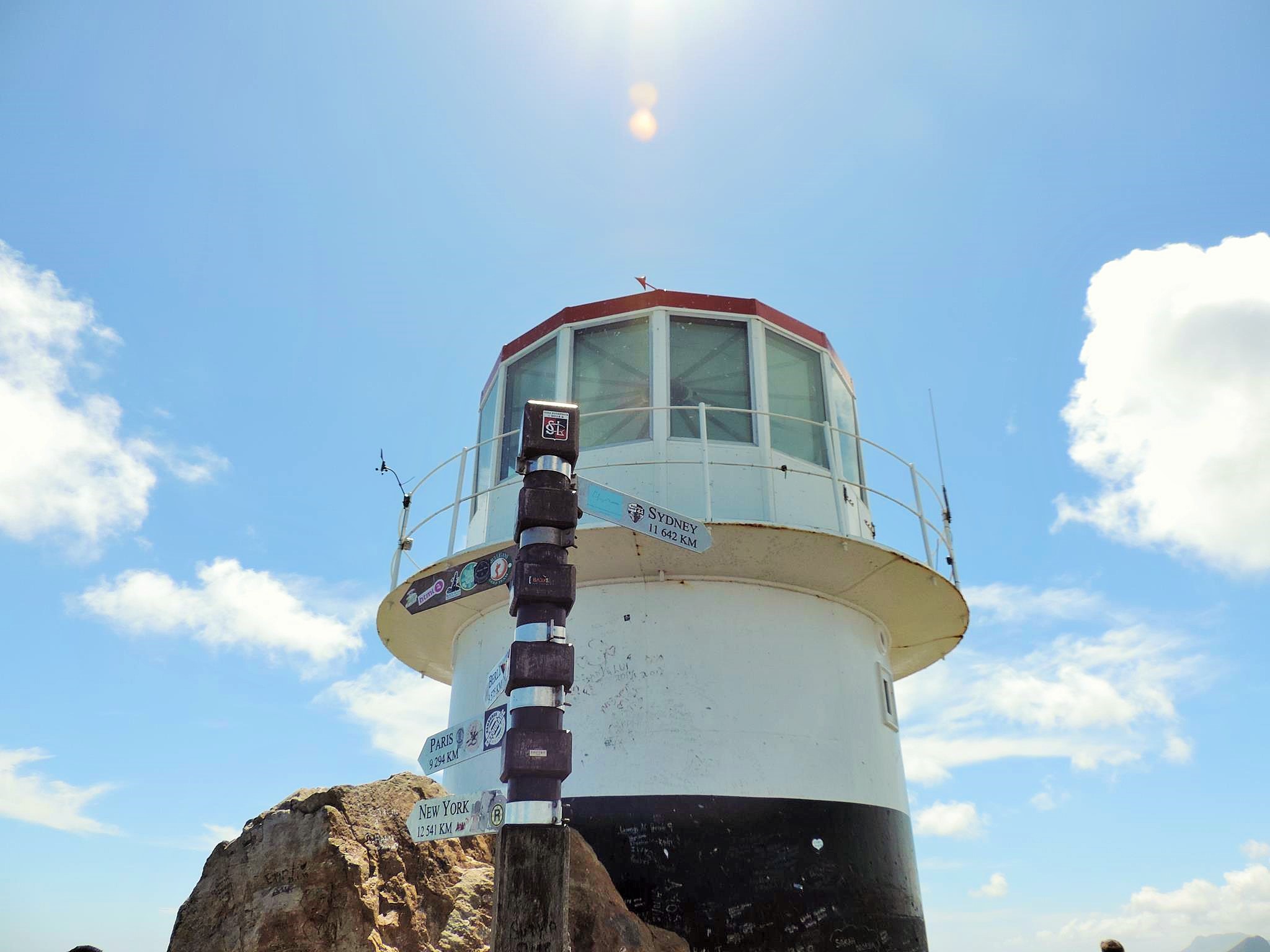 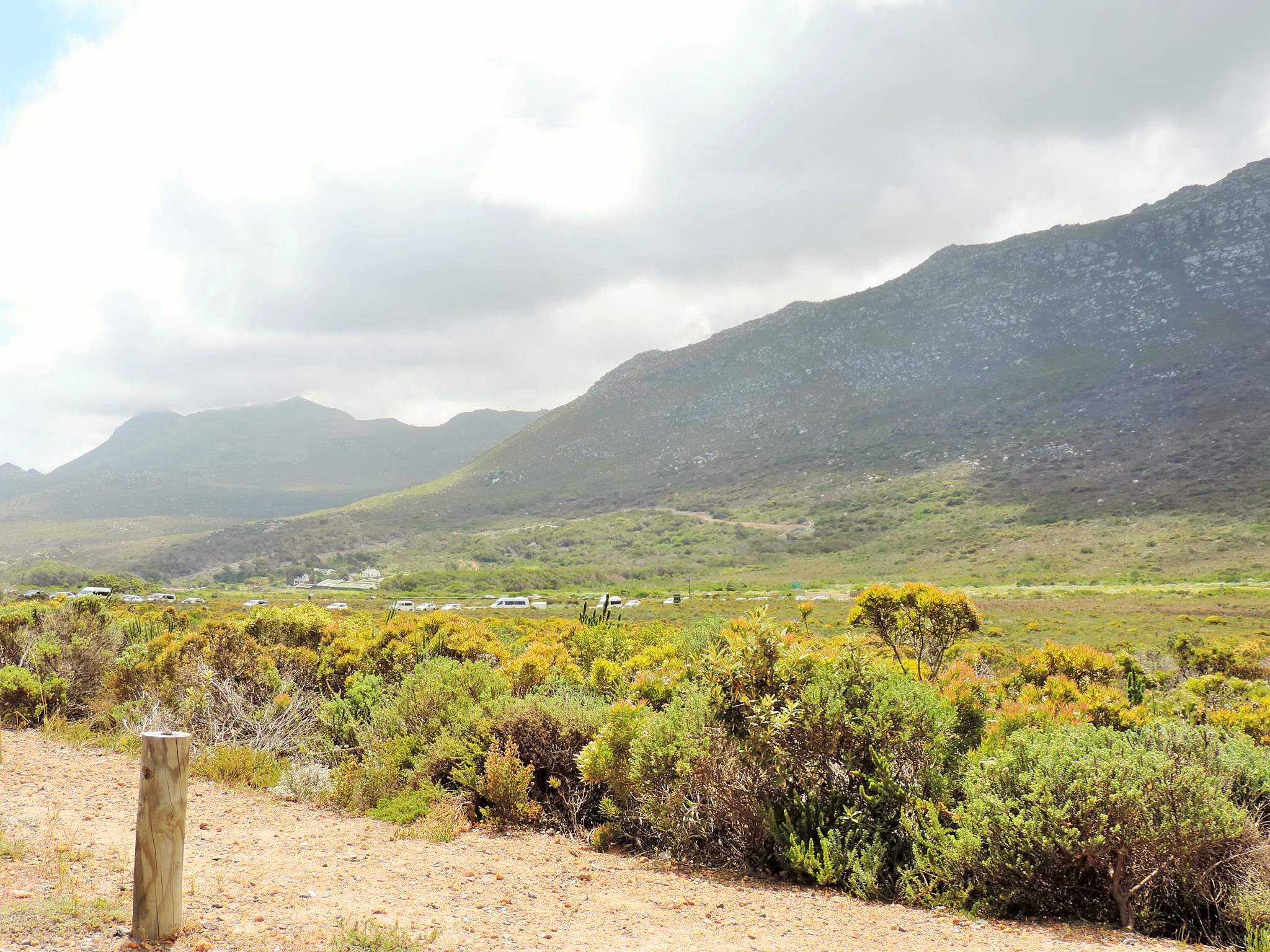 The Cape of Good Hope (Dutch Kaap de Goede Hoop, Afrikaans Kaap the Goeie Hoop, English Cape of Good Hope, Portuguese Cabo da Boa Esperança) is often falsely referred to as the southernmost point of Africa. But this would actually be the Cape Agulhas (needle cape) about 100 km further east. Even the most westerly point of Africa is not, even in South Africa, Alexander Bay is far to the north much westerly than the Cape of Good Hope. Overall, the Cape but the southwestern point. The geographic location, which is important to navigators, indicates that the African coast is now starting to turn east, thus acting as a passage to the Indian Ocean. The striking and initially idyllic Cape was formerly feared because of its sharp-edged cliff carpet and also harbors a small ship graveyard. The over 20 kilometers into the sea protruding rock tongue was originally called Cabo das Tormentas, Cape of the storms. 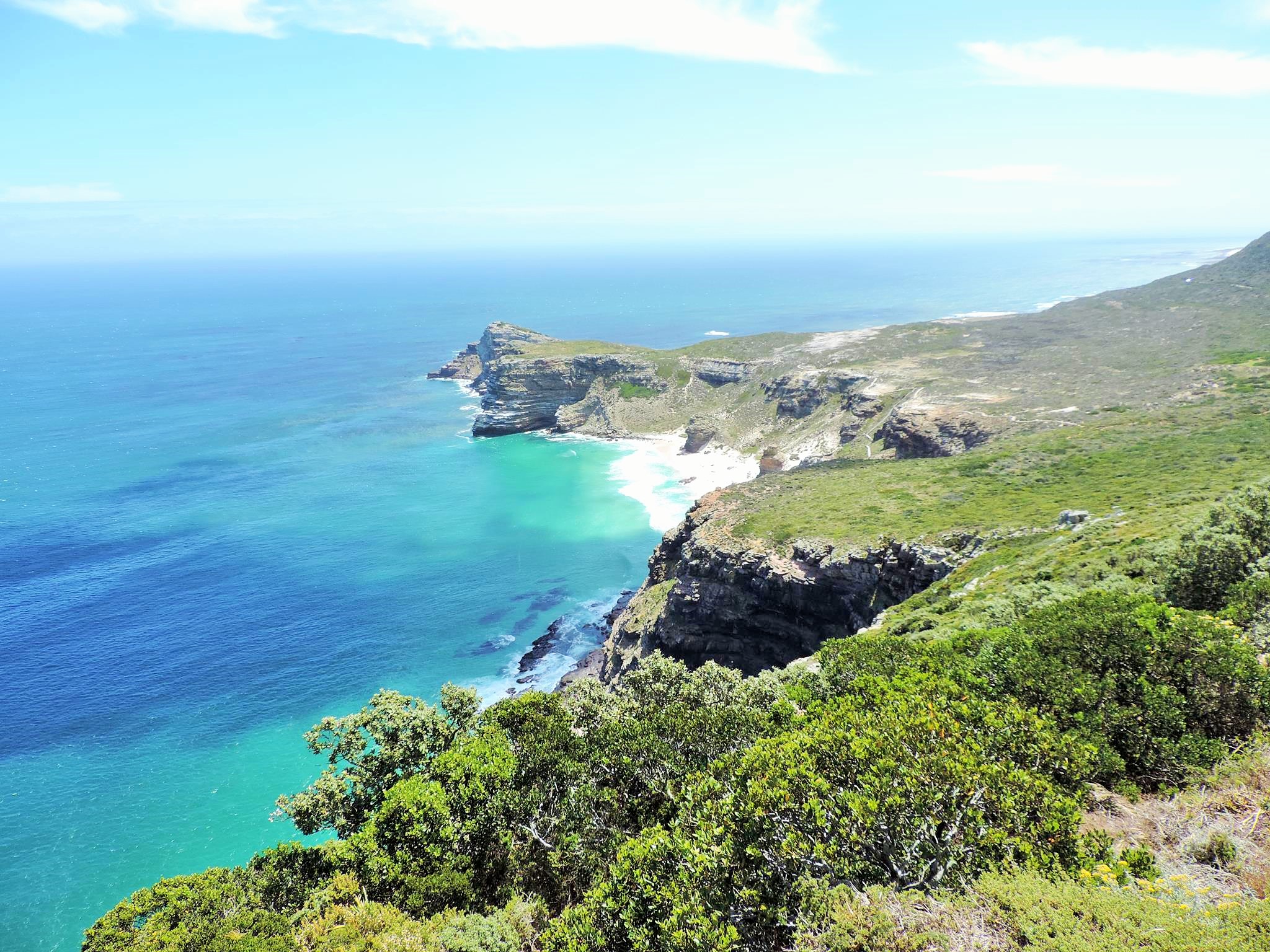 Immediately on the coast stretches a rocky landscape that expands under water far to the sea. Most rocks are only half to three meters below the surface of the water, and with their tips protrude from the water at low tide. In addition to the rocks, there is another danger from the unpredictable currents and the strong winds at the Cape, which push a sailing ship strongly back towards the coast, even with sufficient bypass. Meanwhile, at least 23 ships have accumulated on the rocks and are lying as wrecks on the seabed. Very interesting are the Shipwreck Trails along the Cape Coast, where you can see some of the ship’s remains as a hiker. The approximately 90-minute trail leads past two wrecks that were stranded there in 1942 and 1965. Analyzes of satellite data have shown that the probability of monster waves is greater at the Cape than elsewhere. The reason for this is the interaction of strong winds and an opposite warm water flow, the Agulhasstrom. 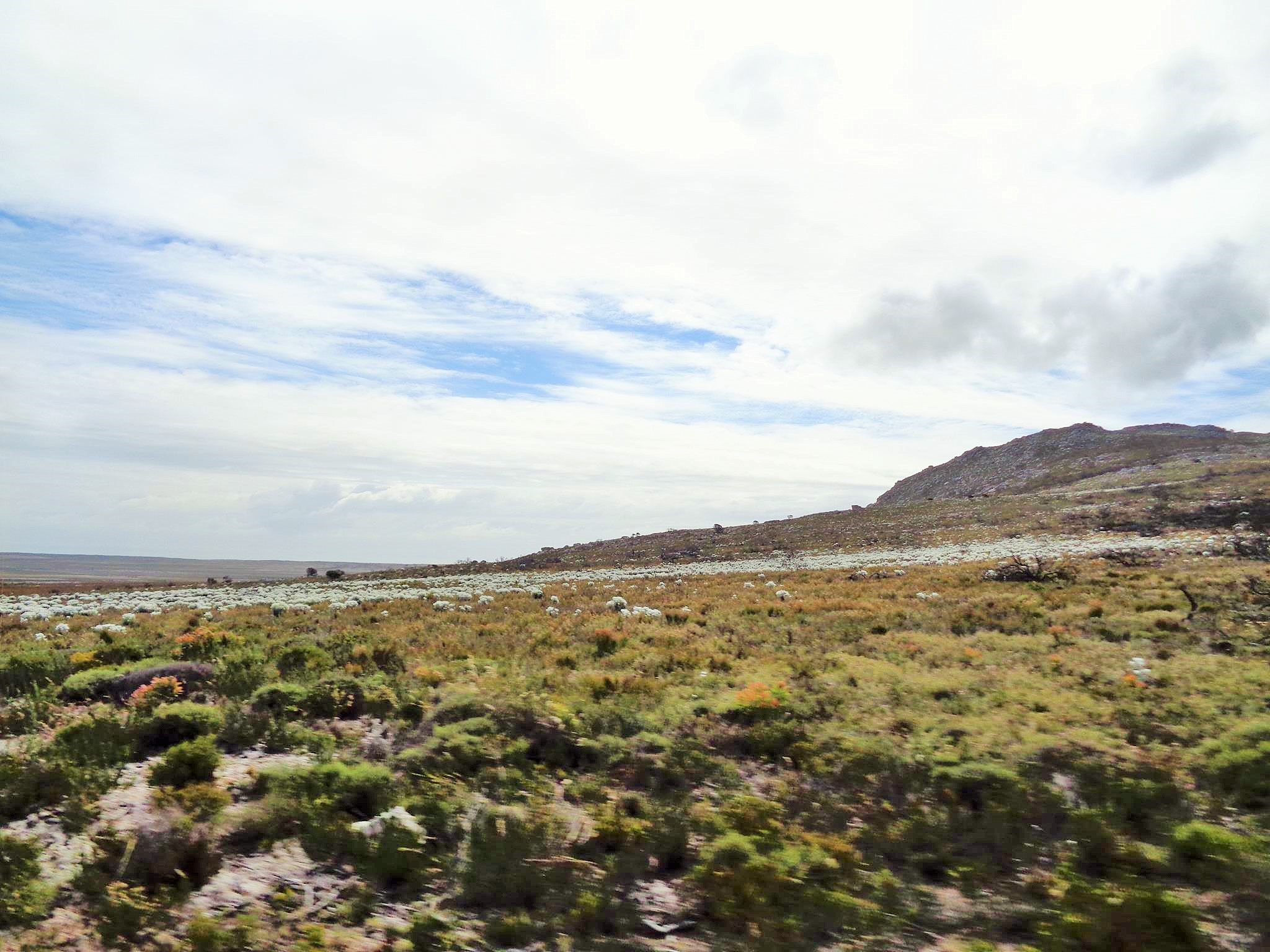 The discovery of the Cape by the Europeans is already over 300 years back. In April 1488, the Cape was spotted by Portuguese navigator and explorer Bartolomeu Diaz, when he had already circled the southern tip of Africa in coastal remoteness and was on the way back to the north. Diaz had set off on a top secret expedition with two caravels and a supply ship in the summer of 1487, and there are no written records because of the decreed secrecy of the discovery tour. Therefore, it is not clear whether Diaz with his equipment and a so-called astrolabe the storm cape or the actual South Cape (Cape Agulhas) had measured. On the way back he found in the southern Walfischbucht (False Bay) his abandoned supply ship again, but on which only four men were alive. Therefore, the fleet arrived in late December 1488 back in Lisbon. 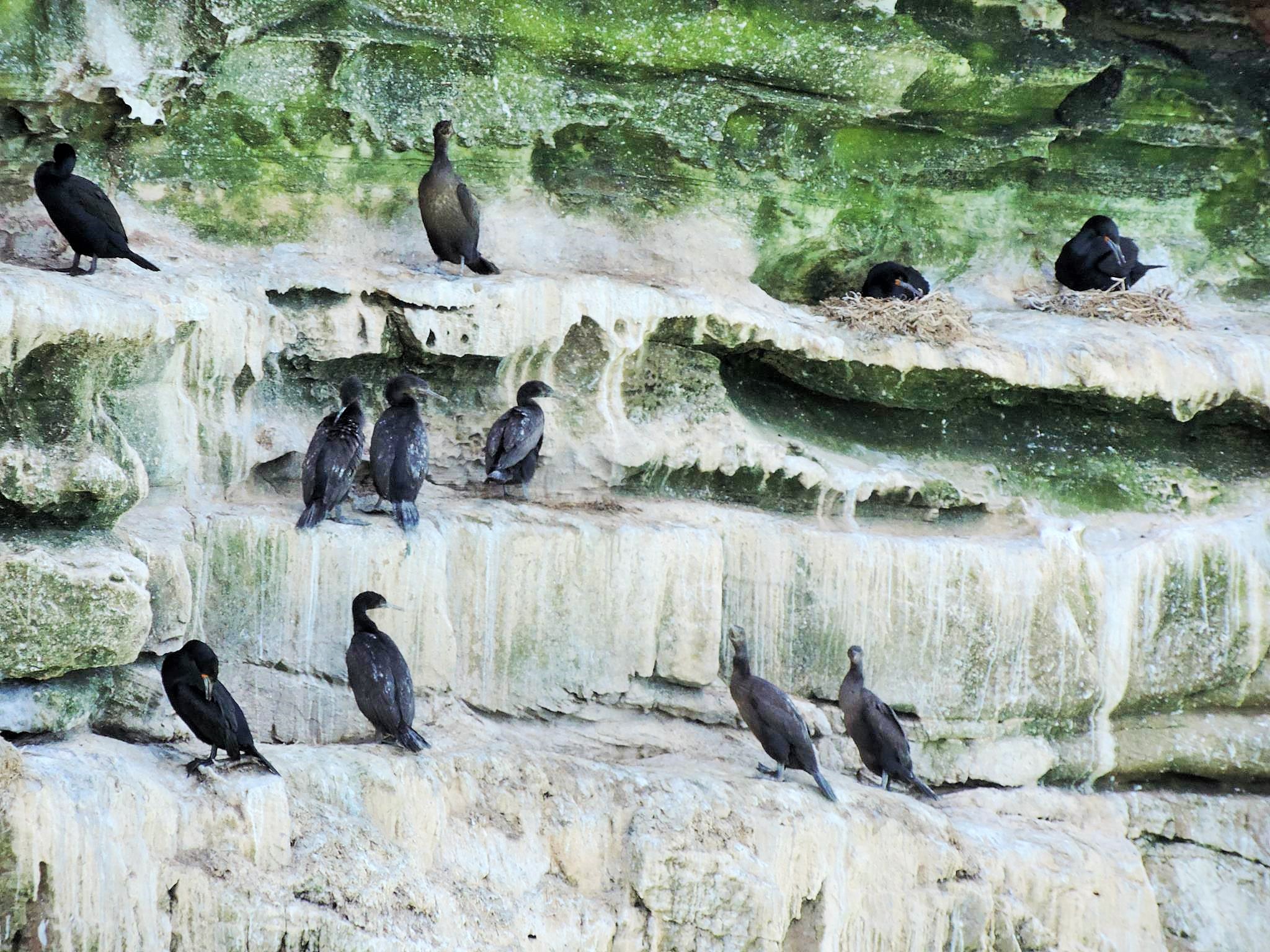 Countless whales can still be seen in this False Bay today. Whale watching tours can be booked from Cape Town, the City Sightseeing Center at 81 Long Street or the Visitor Center at the Pinnacle Building at Castle Street are great places to visit with a large selection of agencies. Known and recommended starting points for the tours are the coastal cities of Gansbaai, Hermanus or Pringle Bay. Again, it is again advantageous to own a vehicle. The transfer costs were for all offers more than twice as expensive as the own approach. 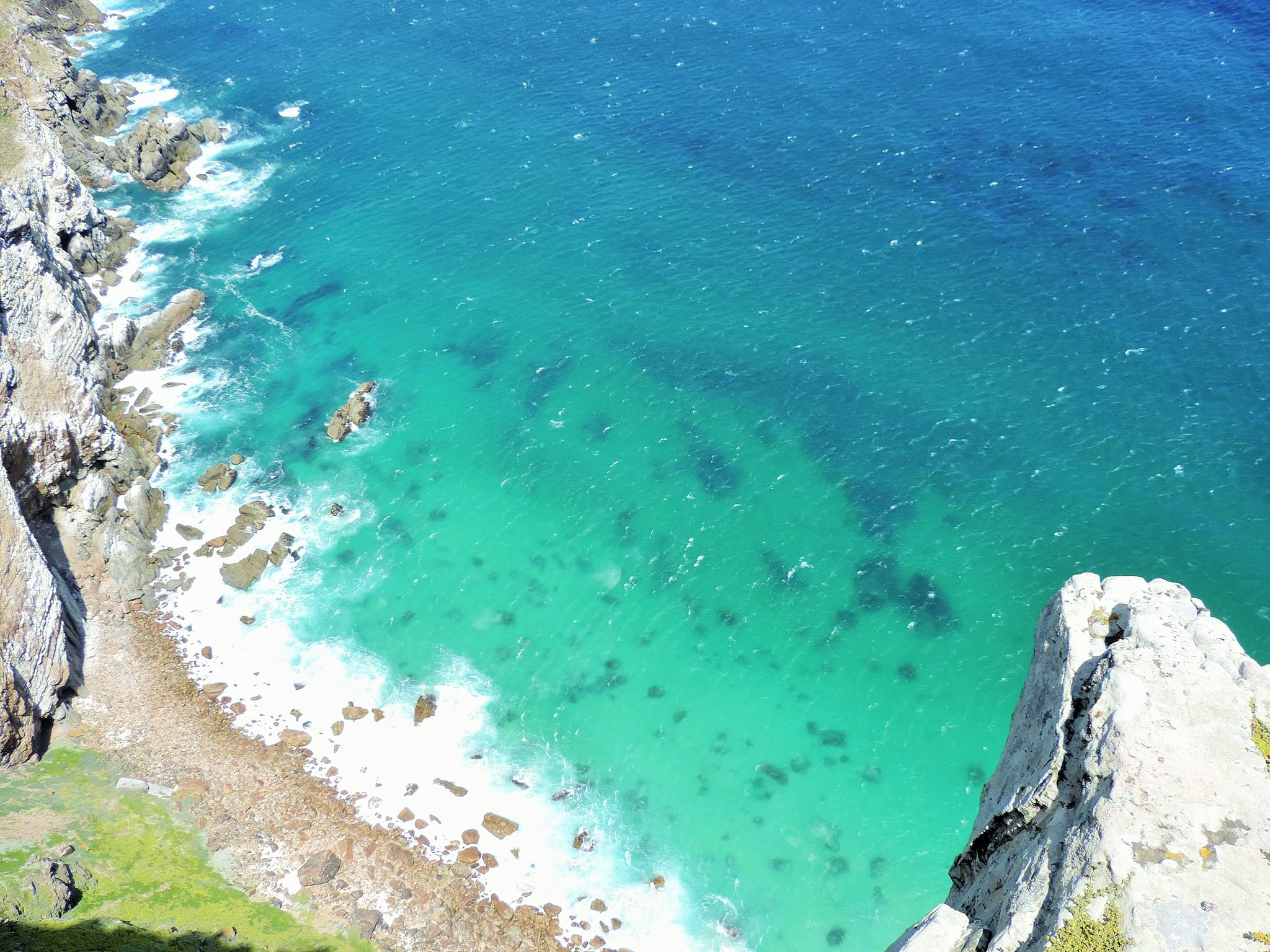 Bartolomeo Diaz called the Cape Cabo das Tormentas (Cape of Storms). The Portuguese King John II is said to have given him the new name because he hoped that now the sea route to India was discovered. According to studies of the few remaining documents, historians today are not in agreement as to whether Diaz had already used the name Cabo da Boa Esperança (Cape of Good Hope). Another reason for the designation may lie in the strong change in the coastal direction, which indicates that the southern end of the continent is no longer far away. In addition, the cold Benguelastrom and the warm Agulhasstrom meet here. So the sailors sailing south in the Atlantic could see a rising water temperature. This showed them that this water came from warmer regions and the southern tip of Africa should not be far away. In German, the Cape was referred to until the end of the 19th century, especially as “foothills of good hope,” between 1870 and 1880, “Cape of Good Hope” was the most widely used designation. Between 1910 and 1920, the capitalization of “Good Hope” prevailed. With the opening of the Suez Canal in November 1869, the route around the southern tip of Africa suddenly lost its importance. At low fuel prices, it was still profitable at times to make the detour to the southern tip of Africa in order to save the high passage fees through the Suez Canal, about the end of the 2000s. 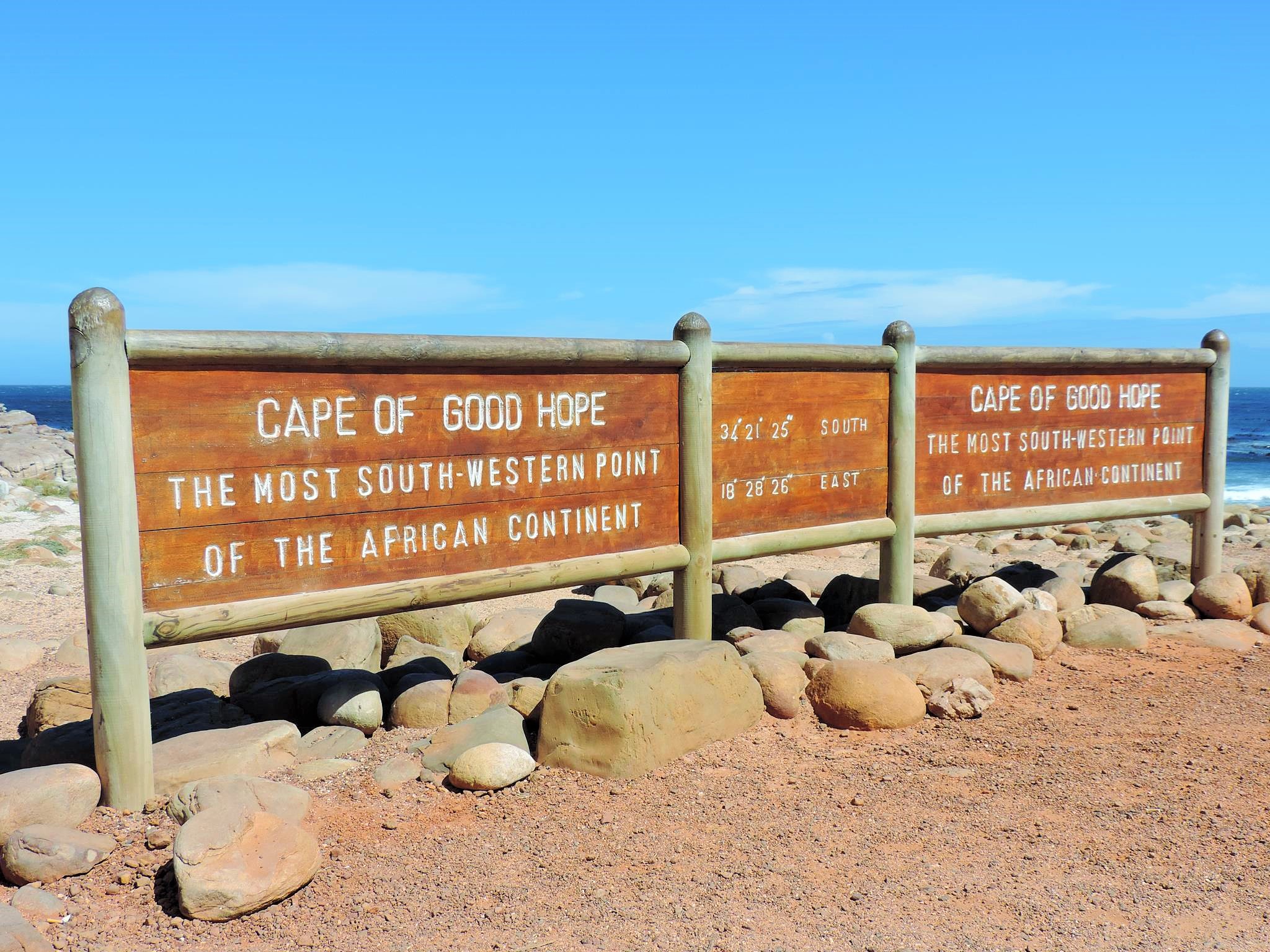 A little look into history, but back to the day trip. Arrived in the National Park of the Cape, a beautiful stretch of rock crisscrossed by a unique flora stretches out to you. Here you have the choice of which points to visit. The crowd pullers are the Cape Point lighthouse and the famous sign on the Cape of Good Hope, but you can also visit less visited bays or hiking trails. At the cape on the wide wooden panel near the water are engraved the exact geographical coordinates: 34 ° 21 ’25 “S, 18 ° 28′ 26” E. With a little patience or said early arrival one gets also a photo without other visitors. If you are lucky, then you still meet baboons or even a whole ostrich family. 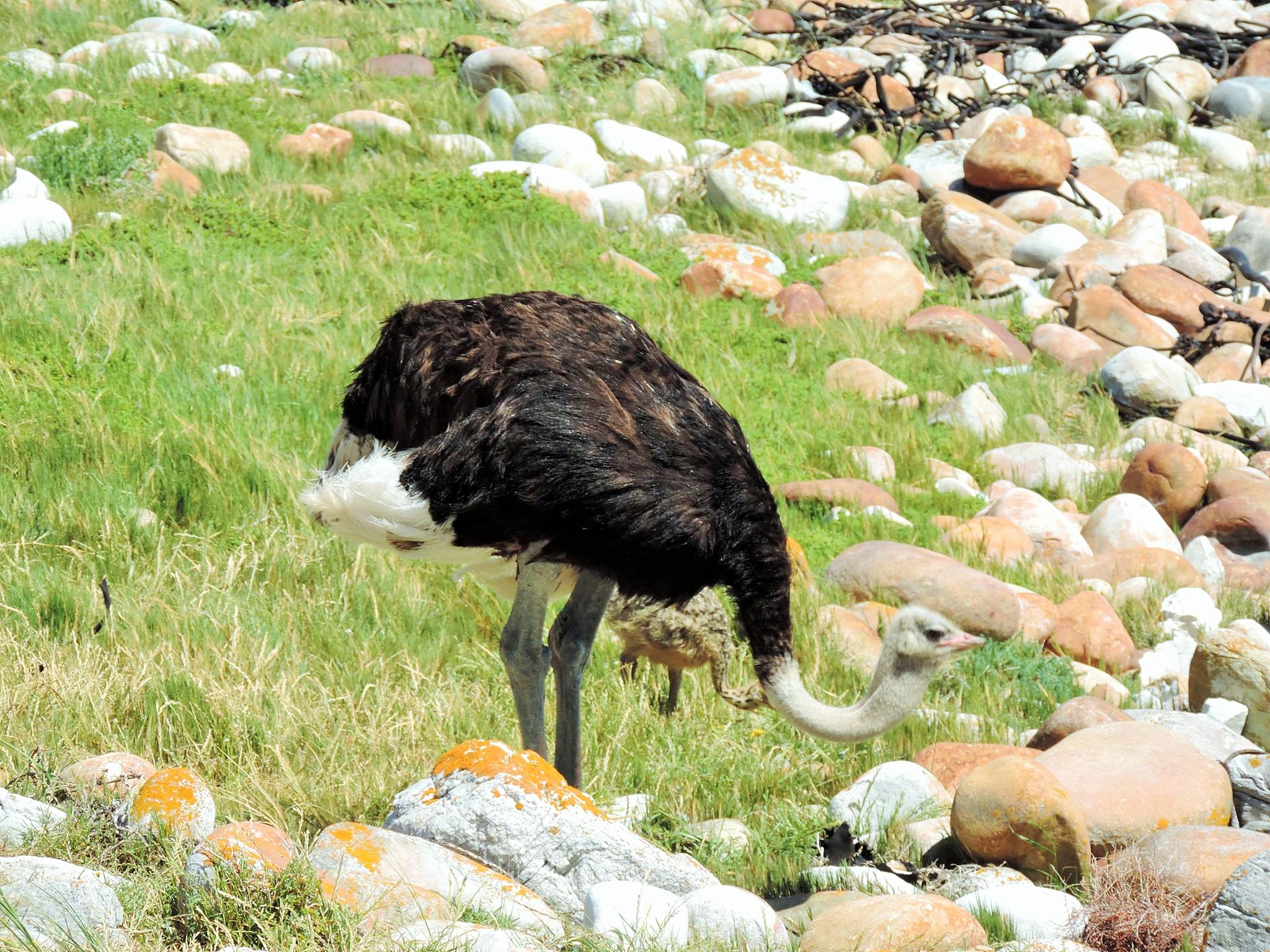 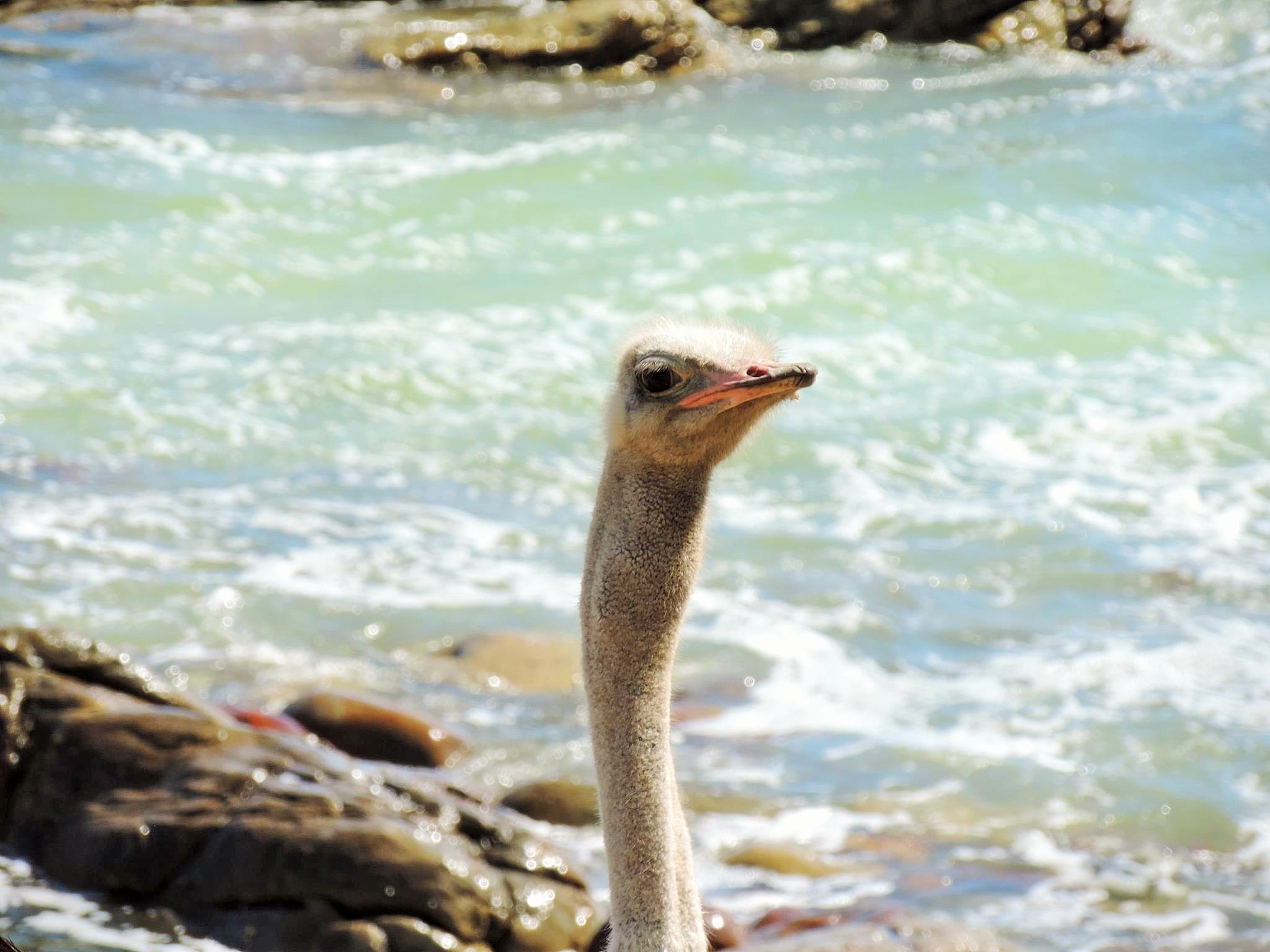 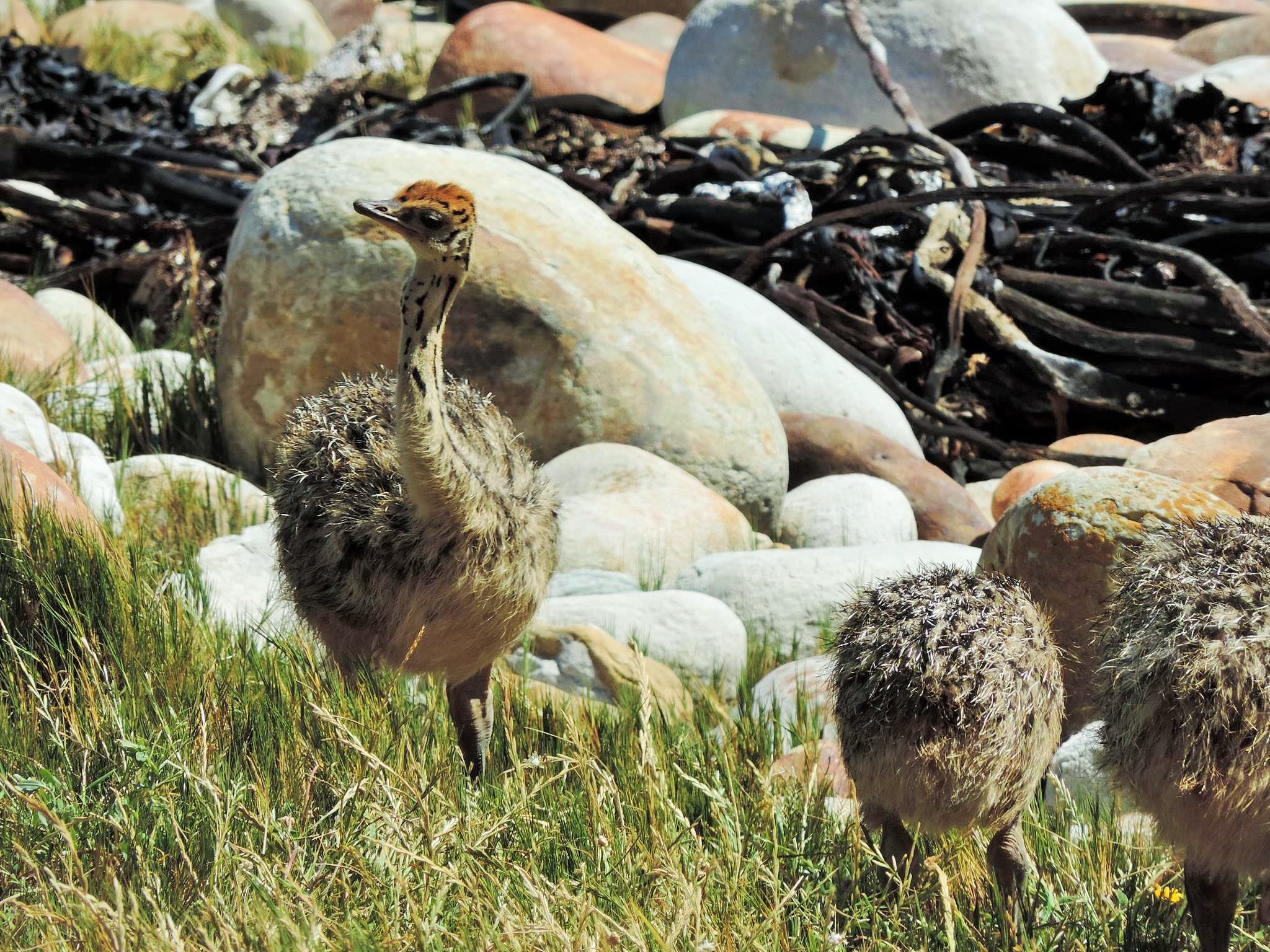 Another special recommendation is a helicopter flight over the peninsula and the cape. These can also be started from Cape Town. Good deals can be found at Cape Town Helicopters, NAC Helicopters, Sporthelicopters and Huey Helicopters. Before the day trip you should still inform yourself about the current opening hours and the prices at the Cape. As of November 2018, the National Park was open from 6 am to 6 pm every day from October to March and from 7 am to 5 pm from April to September. The entrance fee for adults was R135 (9 Euro) and for children R70 (4,60 Euro). 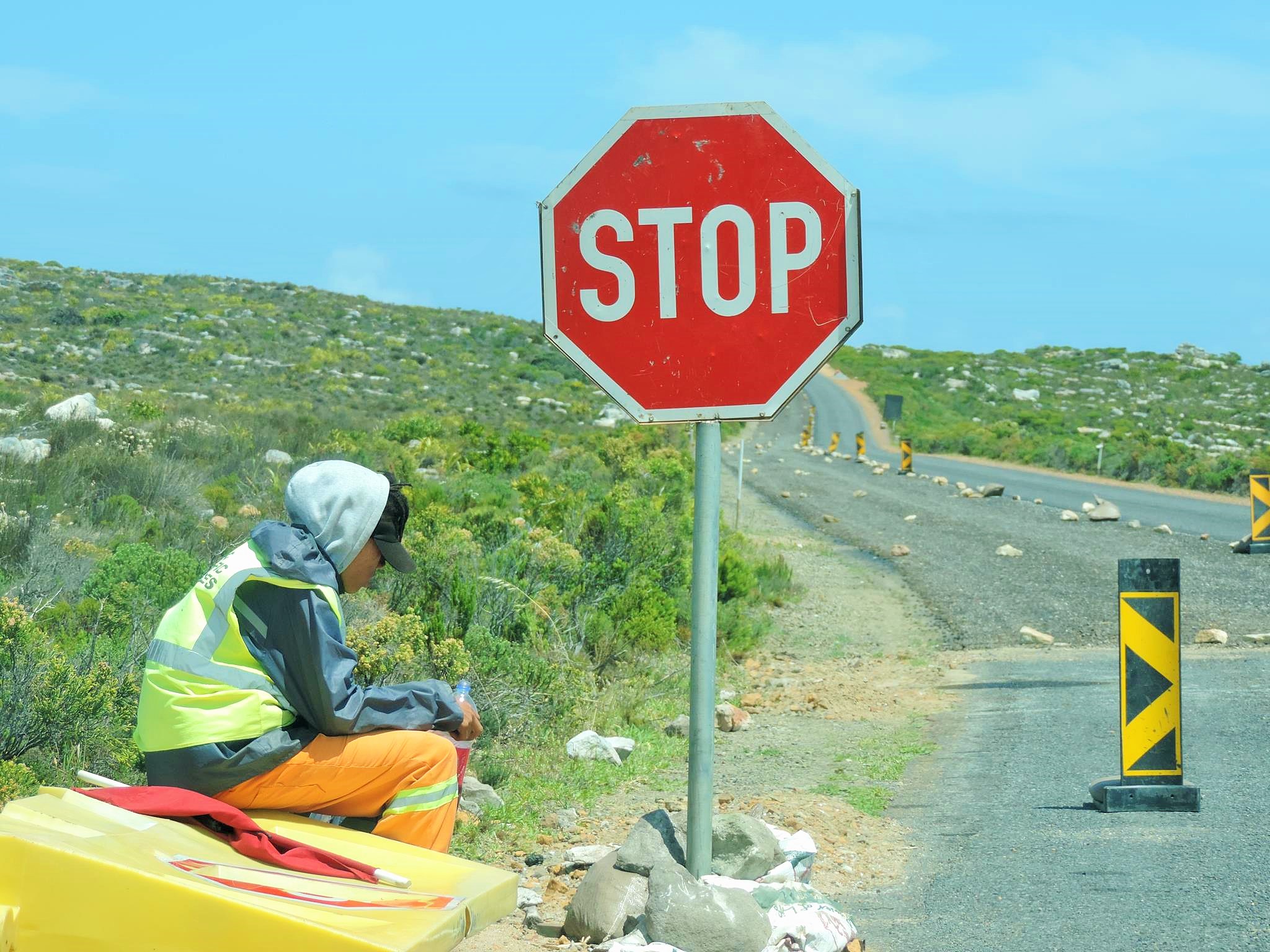 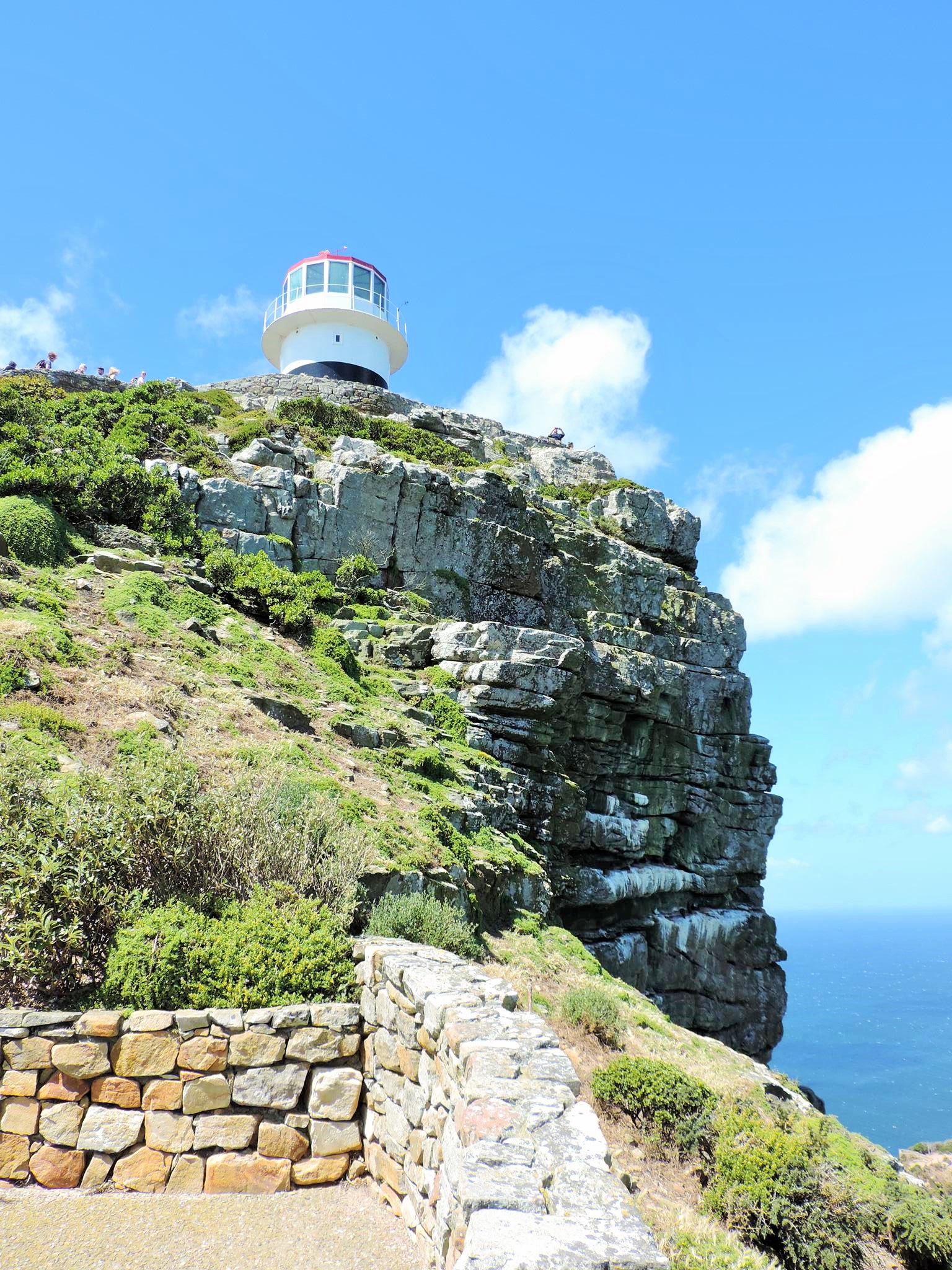