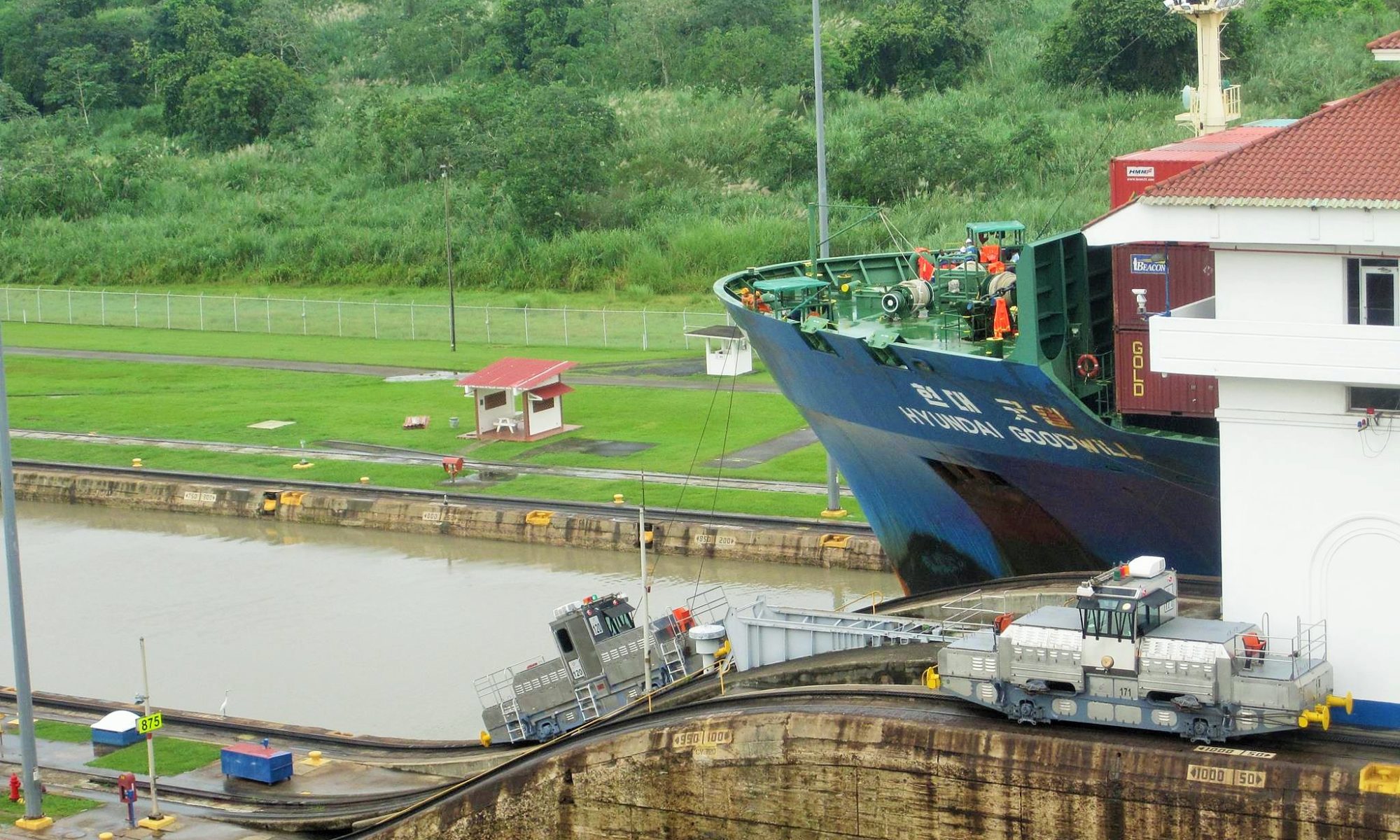 The Panama Canal is an artificial, approximately 82-kilometer-long waterway that cuts through the isthmus of Panama in Central America, connecting the Atlantic Ocean with the Pacific Ocean for shipping, saving the journey around Cape Horn or the Strait of Magellan at the southern tip of South America. The canal, opened in 1914, is one of the most important waterways in the world. In 2011 and 2013 they counted about 14,300 ships driving through.

The dimensions of the locks and fairways of the original channel were sufficient until mid-2016 only for ships up to the Panamax level, so for example container ships with 4,600 standard containers (TEU), which represented by the standards of this time, only medium-sized ships. Since the opening of the extension begun in 2007 on June 26 in the year 2016, ships with 14,000 TEU can pass through it.

The volume of goods transported through the Panama Canal is equivalent to about five percent of global ocean freight traffic. In 2013 the channel generated nearly eight percent of Panama’s gross domestic product. We spent a whole day at this facilitie, it´s interesting to see the ships passing through with all the mechanical procedures of the canal, as well meanwhile there is as well a lot of information and entertainment about and around tourist visitor center. If you are in Panama City, you definitly have to take a stop at this location.