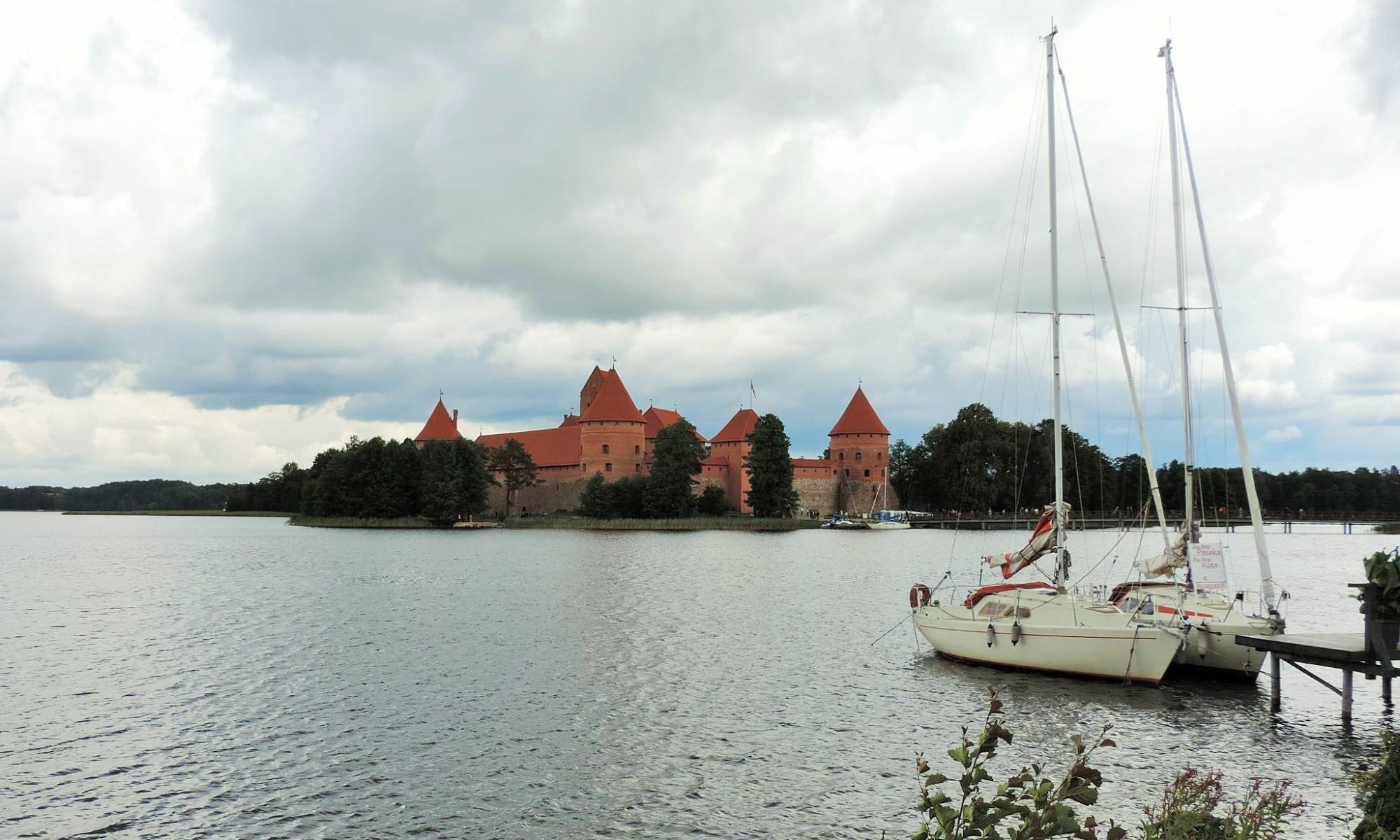 Trakai Castle is a late medieval moated castle in Lithuania. Today the complex is one of the most famous sights in the country and is used as a museum. As well there are several events taking place during the year, from theater to big music concertes. The scenery is just awesome and party in a castle is surely a unique experience. The island complex is quite close to Vilnius, easy accessable by train and a very nice option for a day trip. It´s around 30km and you get fast connections from Vilnius train station by bus or train, both take approximately around half an hour to an hour.

A first castle was built in the second half of the 14th century under prince Kęstutis. In 1377 it was attacked by the crusaders of the Teutonic Order. One of the owners of the castle was Prince Gediminas, who used the castle in Trakai as a residence for a time before founding the new capital Vilnius. The castle became the scene of the conflict between Prince Vytautas and Władysław II. Jagiełło for the title of Grand Duke of Lithuania. Vytautas settled 1397 beside Tatars also Karaimen as body guard in the place. After the battle of Tannenberg in 1410, the castle lost its military importance. Since the beginning of the 20th century, the dilapidated parts of the castle have been rebuilt and restored. Even during the Second World War, restoration work continued to a limited extent.

The castle is located on an island between Lake Galvė, Lake Lukos or Lake Bernardinų and Lake Totoriškių and lies north of the present town of Trakai. A bridge leads from the shore to the gatehouse, which is built into the outer fortification wall with battlements and three massive round corner towers. The symmetrically arranged main buildings with the donjon in their centre are situated on an elevated plateau and are accessible via a bridge. This plateau is protected by another fortification wall. The kennel-like intermediate area used to be filled with water due to a higher water level.