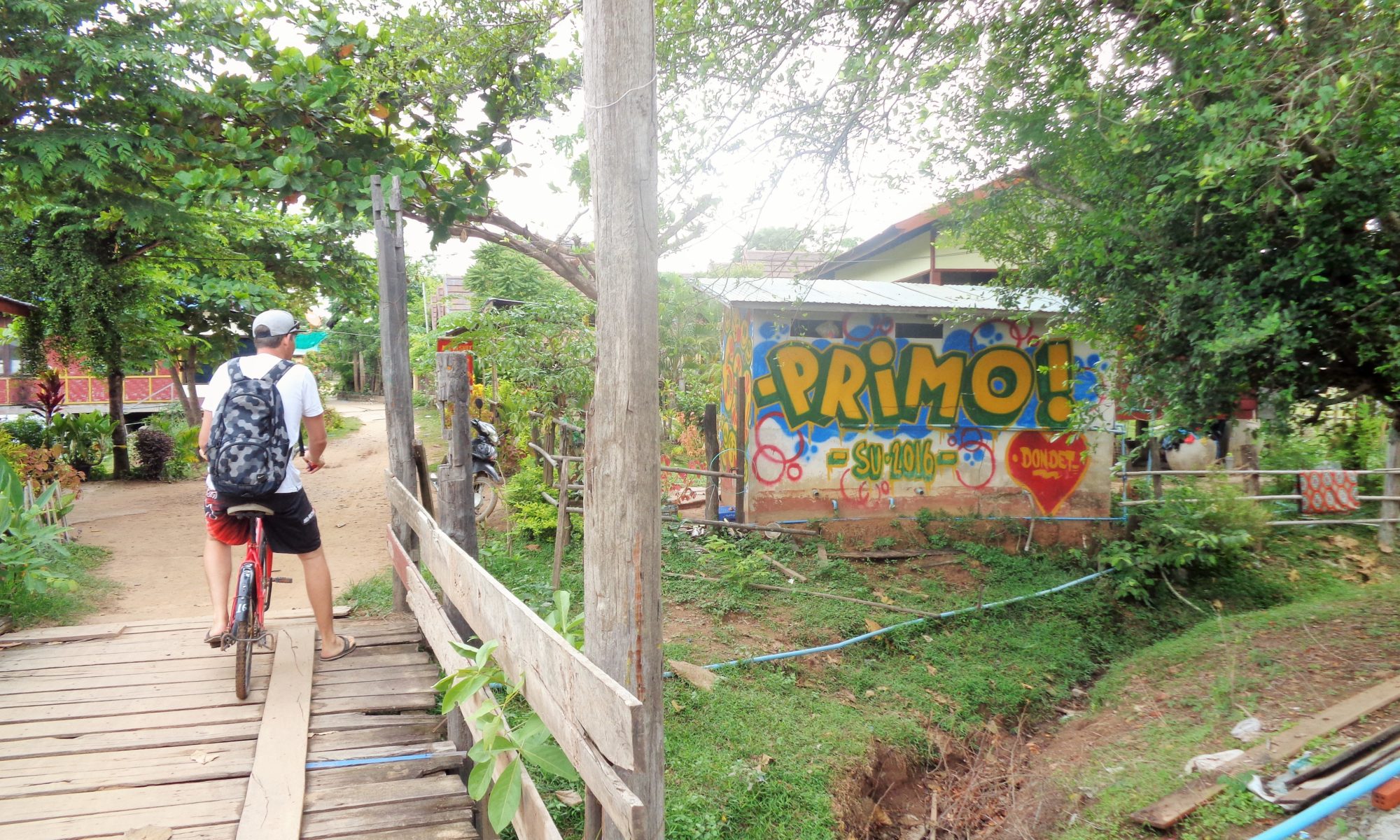 Actually I wanted to call it crapper-graffitis, the word is a bit too vulgar for the headline, but I just can´t get it out of my head and during the whole journey we really called this awesome artwork crapper graffitis all the time. In fact it was graffiti on crappers. Toilet graffiti sounded too western and too functioning, it were more some lavatory rooms far away from modern society on some islands without streets and with farmers, who rent some rooms to travelers and backpackers. Two-holer, outhouse or privy isn´t the right word as well, neither shithouse, because they all have some flush and lavation system. So let it be crapper. But in the end it isn´t important what you do at these places, much more what you can see on the outside walls.

We found very nice crapper graffitis on our trip last year through Laos on the 4000 islands. The pseudo islands Don Khong, Don Det und Don Khon are meanwhile a very popular and favored destination for individual tourists and backpacker. The locals realized this and are very prepared for guests. Attached to their homes they built some little huts and simple cottages, as well there arose several nice guesthouses or just cute hammock sleeping places. Therefore it was necessary to have as well enough localities to empty one’s bowels. These very neutral places, but as well used by everybody, are as well not part of the locals homes, and for the reason that they are crapper, they are altogether not nice to look at. Hence it started  that various travelers with sprayer amongst them started to prettify these crapper buildings with graffiti and paintings. Usually it was with the permission of the owners, so they could work quietly on it. As well some owners started to paint their crappers as well. These first actions motivated and inspired further projects eventually. In consequence you can find the beautiful 4000 islands covered with awesome crapper graffitis. 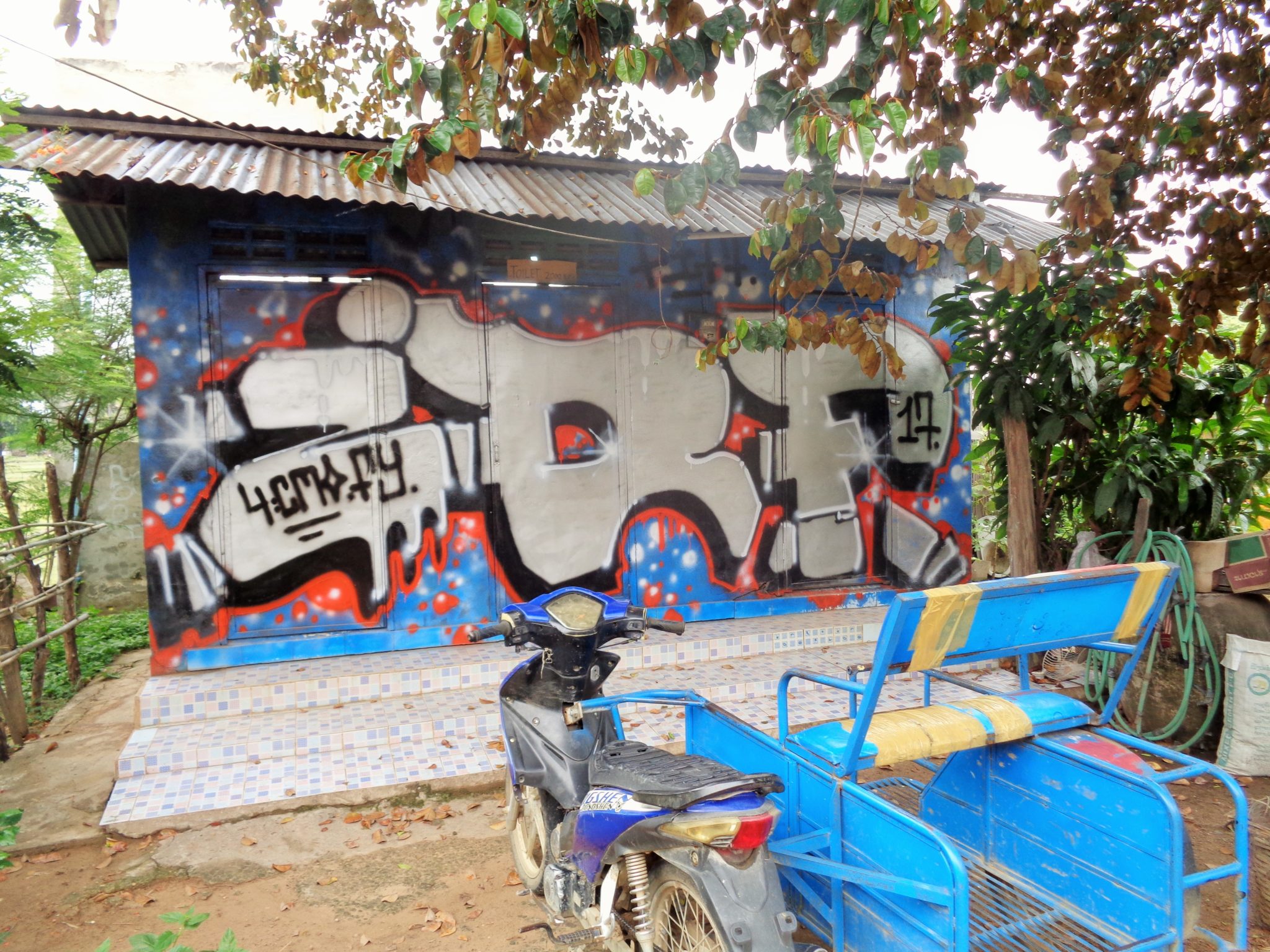 Here some information about the 4000 islands in Laos: The western frontier of the country lies along the Mekong river and this stream has forced his way through the land since thousands of years. But in the southern part of Laos there is some huge rough and sturdy sediment, a big rock formation. These kinds of stone walls caused the forward current to expand extremely in width and to bath the whole hinterland and surroundings. After this the river ends in a whole waterfall areal. But the Mekong hasn´t flood the whole surface, it is cragged and bumpy of course. So all the lower areas and places between the hills and mounds got flooded, these became little islands and sandbanks during the ages. The river is flowing more slowly and it really seems to be at a tropic beach place with a lot of little islands. For this reason it´s named 4000 islands. A paradise for relaxation and natural wonder. But more about the nature, the animals and the culture of this place in another story. 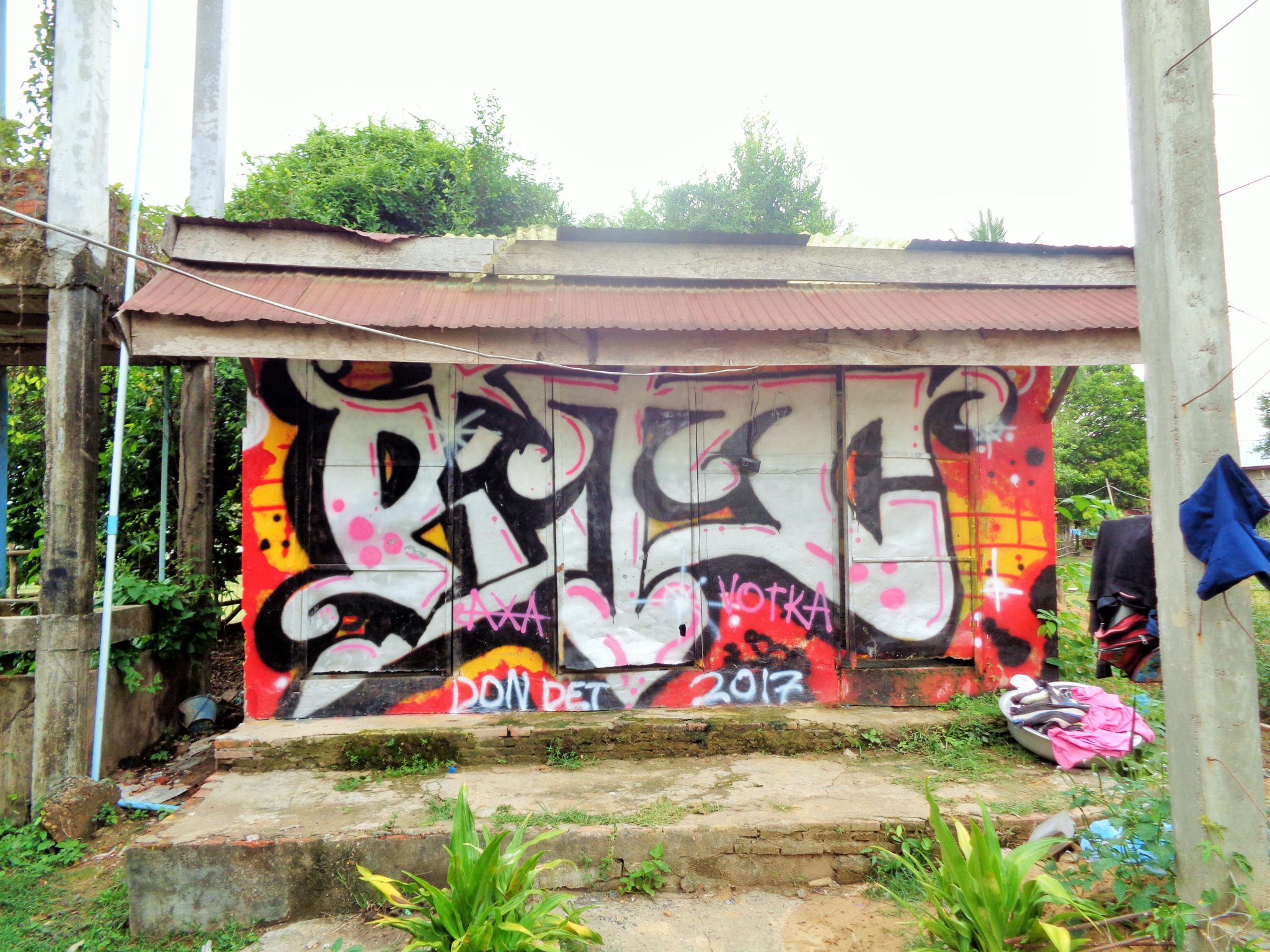