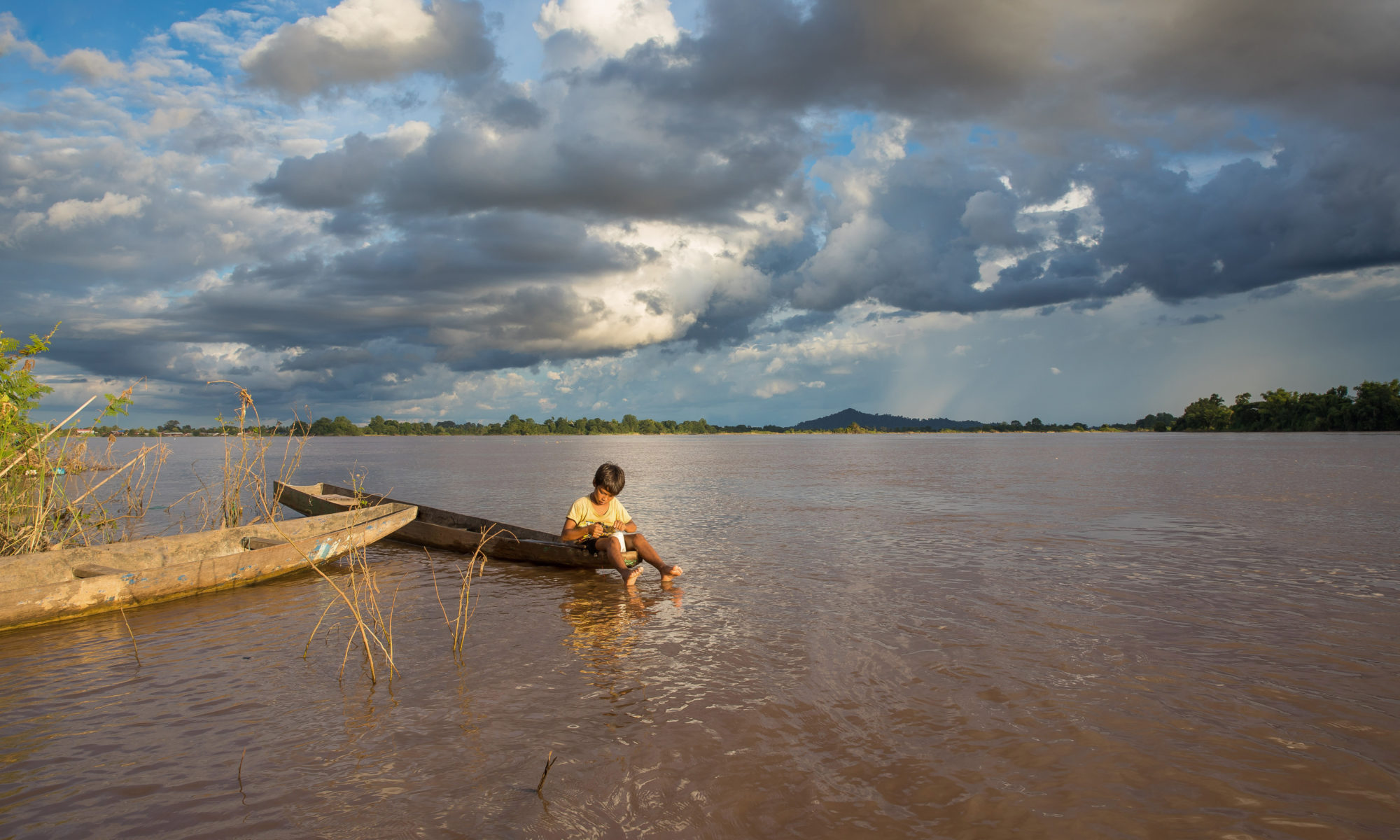 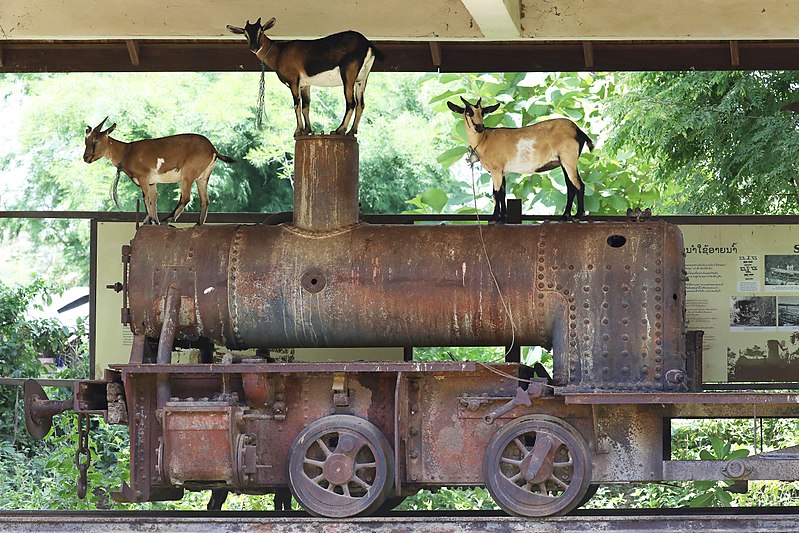 An ambigram is a word, art form or other symbolic representation whose elements retain meaning when viewed or interpreted from a different direction, perspective, or orientation. The meaning of the ambigram may either change, or remain the same, when viewed or interpreted from different perspectives. It´s also described as a calligraphic design that manages to squeeze two different readings into the selfsame set of curves. Different ambigram artists can create completely different ambigrams from the same word or words, differing in both style and form. 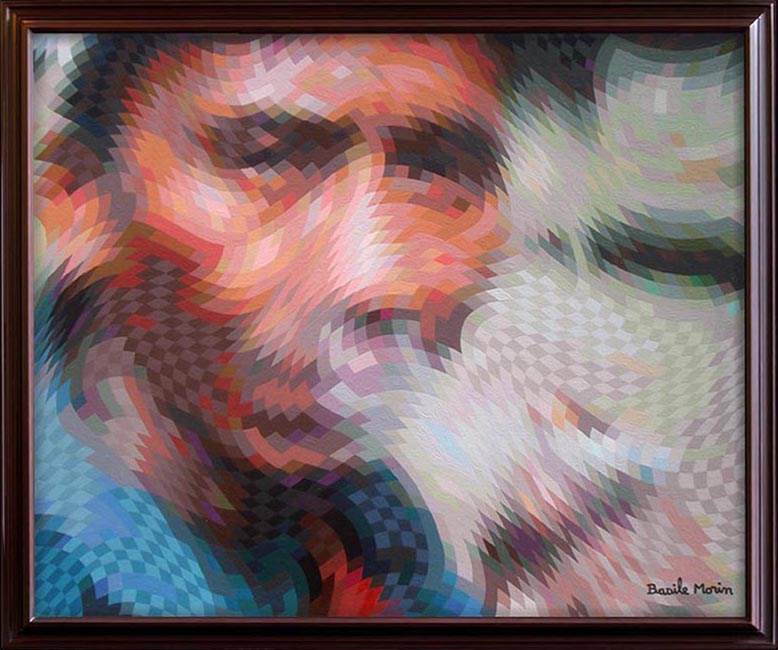 Actually it looks like some puzzle or brain game, a dexterous squirm of the visual appearance. The word squirm is maybe not appropriate, because you turn the perspective, but the ambigram is constructed with an exact and complete inner logic structure and coding. But not in terms of computer or number codes. It´s more about the conception of the several letters in the writing style to make them fit into the geometrical symmetry. How obvious and apparent that could be, lies in the interpretation of the ambigramist. You need to have so kind of sense for language and lettering, as well a mathematical and geometrical understanding. 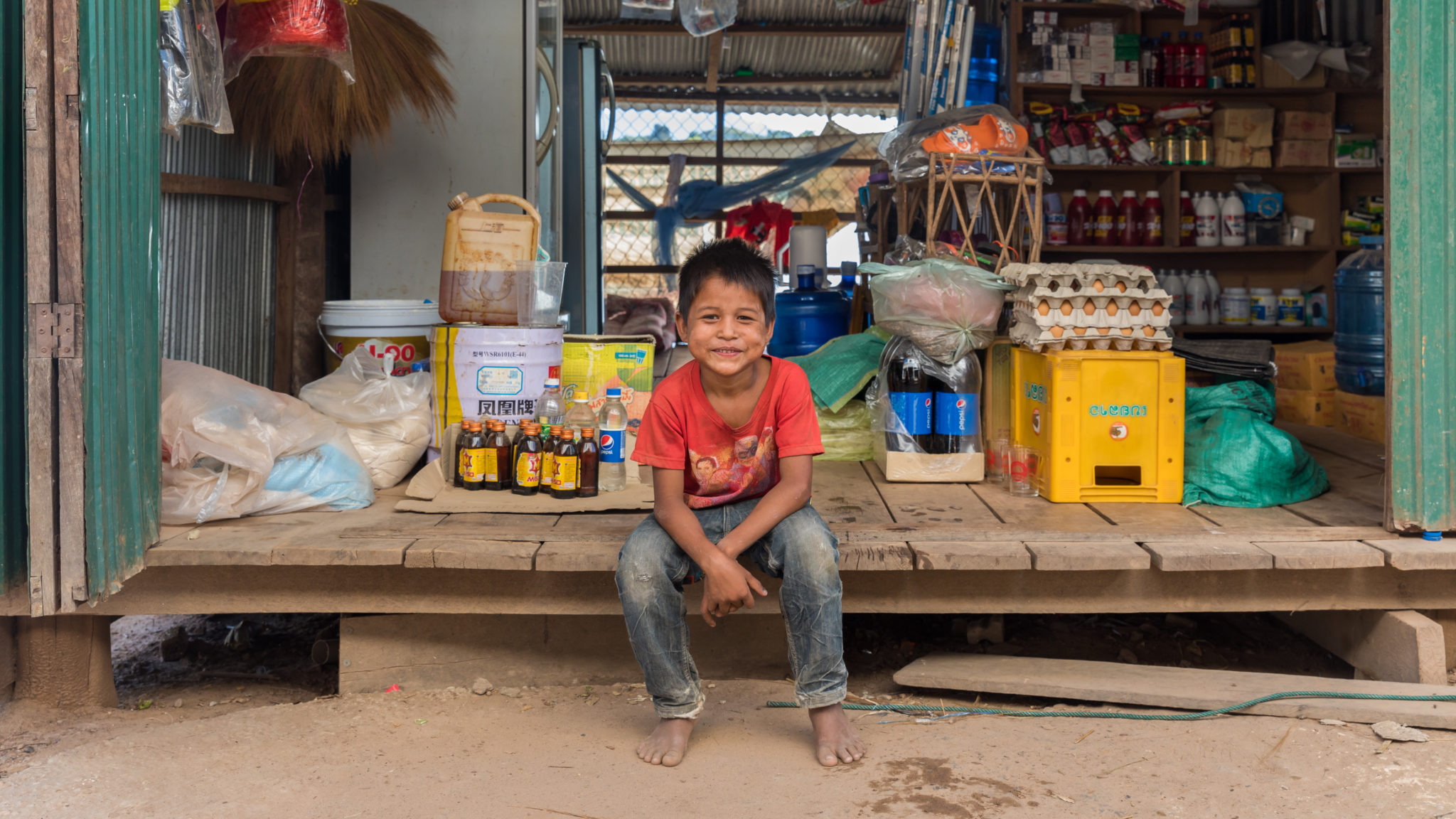 Basile Morin possesses these skills and is as well keen-eyed for details. The native born French immigrated several years ago to Laos to open a little guesthouse there and to be able to work quietly and in beautiful atmosphere on his passions and art activities. These are diversified but mostly concentrated around designing and visual artistic. Basile writes, takes photographs, experiments with words and phrases, with pixels and graphics, he administers the island website and loves to host guests from all around the world. Of course we had to record an interview with him. 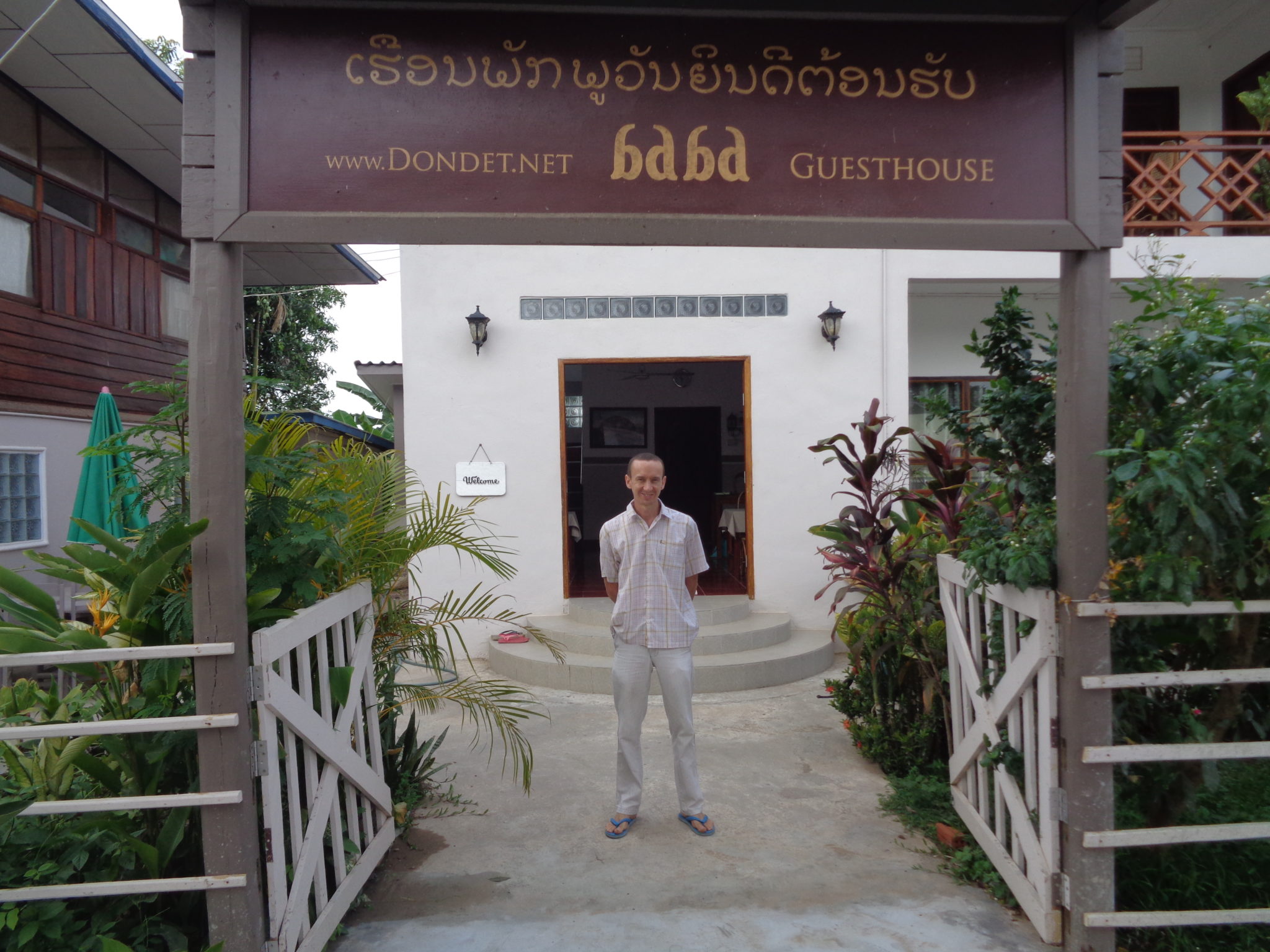 We sat on the wooden terrace next to the Mekong River and spoke about his art and his work. The whole time I had the feeling he is in fact a discoverer. He spoke as well a lot of times about the searching and finding. Namely the right words and the correct writing style with the ambigrams and anagrams. These are words, phrases, or sentences formed from another by rearranging its letters. As well some brain game, but still you have to find the accurate words first. With the pictures he creates, it is as well about searching for and finding the appropriate artful pixel formation. A high level of the already mentioned geometrical knowledge is necessary, but as well the drive to explore and the eye for detail to get the proper formation algorithm and the true positioning. As well you could transfer this to his photography. There he has to find the right moment and the good perspective. 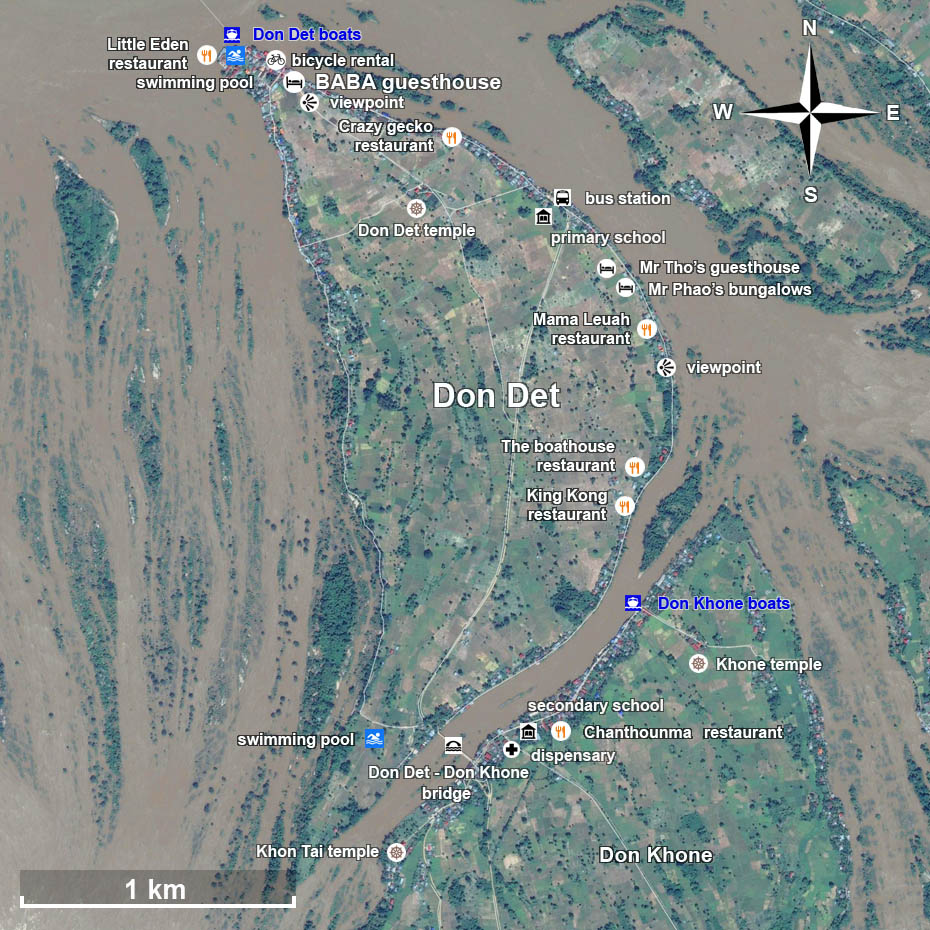 The whole time I had to think about the word „code“. To find a code. The code in the picture, in the painting, in the writing. A deciphering to disaggregate it but only to put it together in a different complex way. With the photography there is the first level of simple perception of the surrounding, you have to find the perfect situation. The pixel pictures are a bit more intricate. He has to disassemble the structure and to recombine it in diverging style. This is not just some hurly-burly but rather a calculated conception of the picture fragments. With the ambigrams there comes an additional sphere. It´s not enough to deal with the optical measures and just to revisualize the already seen. The written lines have also to make sense and to clearly represent certain existing words. Ok, you might think, it´s interesting and a clever brain usage, but effectively it´s just an amusing pastime. Where is the benefit in it? And that is why it´s art and Basil does it and works with it, because he likes it and for fun and because of his own curiosity. As well these ambigrams and phrases are graphics and like every graphic you can use them for example for logos, headlines or on flyers and signs. If there is a current reference like with the „Hilary Clinton – Donald Trump” masterpiece there will appear ideas for usage and interested parties quickly.

Last spring Basile succeeded an absolutely genius „discovery“ when he had an inspiration about the ambigramical connection between the words „Penelope” and „Benevole”. Scribbled on a checked piece of paper the written Penelope looked just ordinary. But with the help of a mirror you could clearly read the reflected Benevole. At first this isn´t something big or even scandalous. However considered the happenings at this stage in France and the circumstances that the French politician Penelope Fillon was ensnared in some corruption affair which was all over the news……. this inconspicuous ambigram hit like a bomb and the readers posted and shared it several ten thousand times. Benevole means in French volunteer or honorary. Penelope Fillon was with her actions rather the opposite. The effect of the name mirroring and the hidden twisted message in it inspired and motivated the people that much and triggered a whole posting and sharing wave. Basile doesn´t understand this hype. „I just wrote a simple word”, he said with a wink ? . 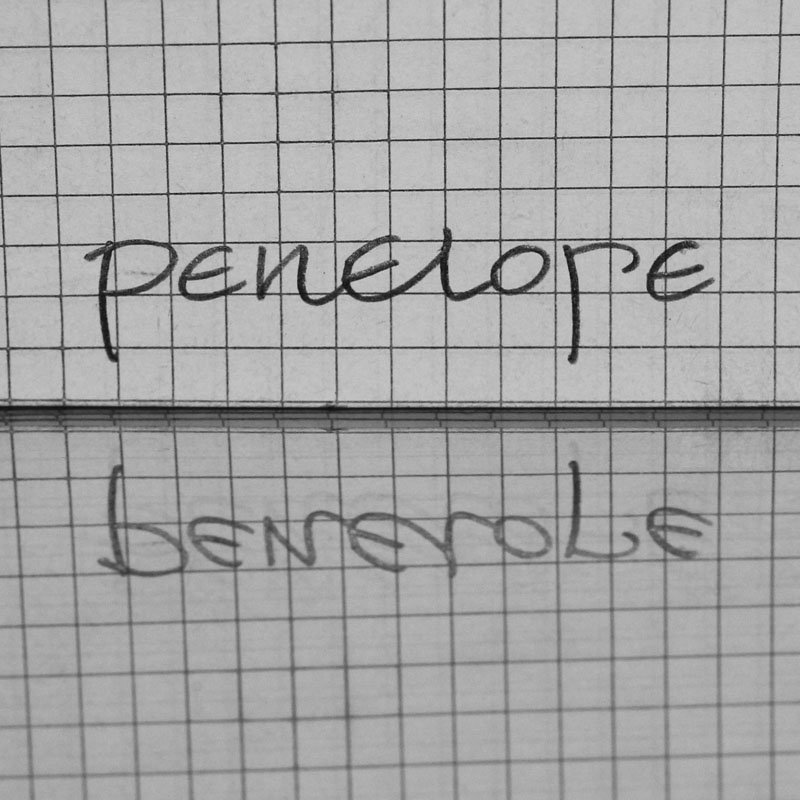 If you travel to Don Det one day you should visit the guesthouse, it´s very recommendable and one of the modern and newer offers on the island with running water and a Western bathroom, but still reasonably priced. Basile informs copious about the possible activities and the considerable sights in the area. Even if you don´t stay at the place you can check the website www.dondet.net, it´s accessible online for everybody. There you can find a lot of information about the region with maps, marking of the waterfalls, the temples and the bike routes and as well heaps of photos and insider tips. 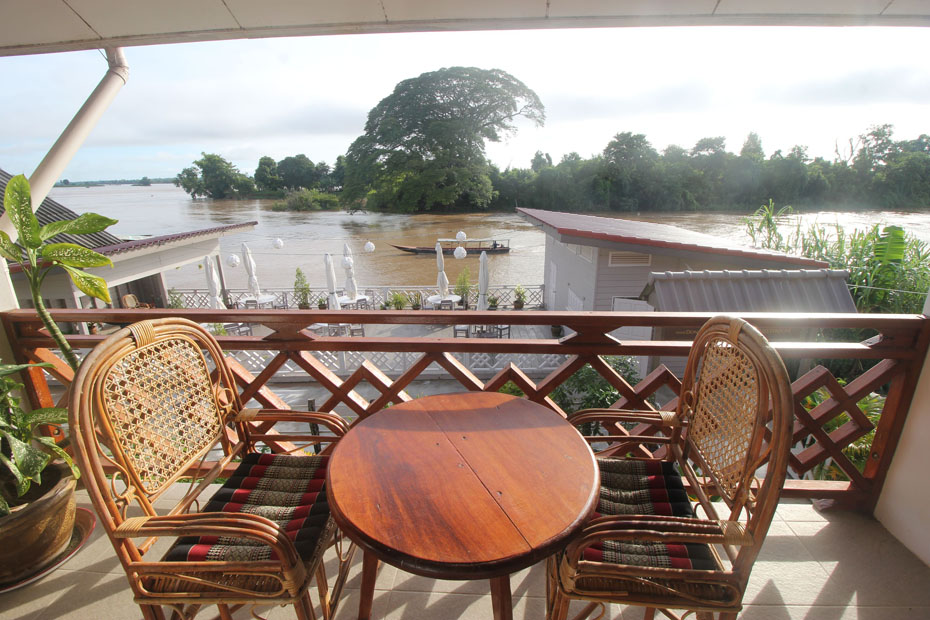 News France: Article about the Penelope-Benevole-Ambigram