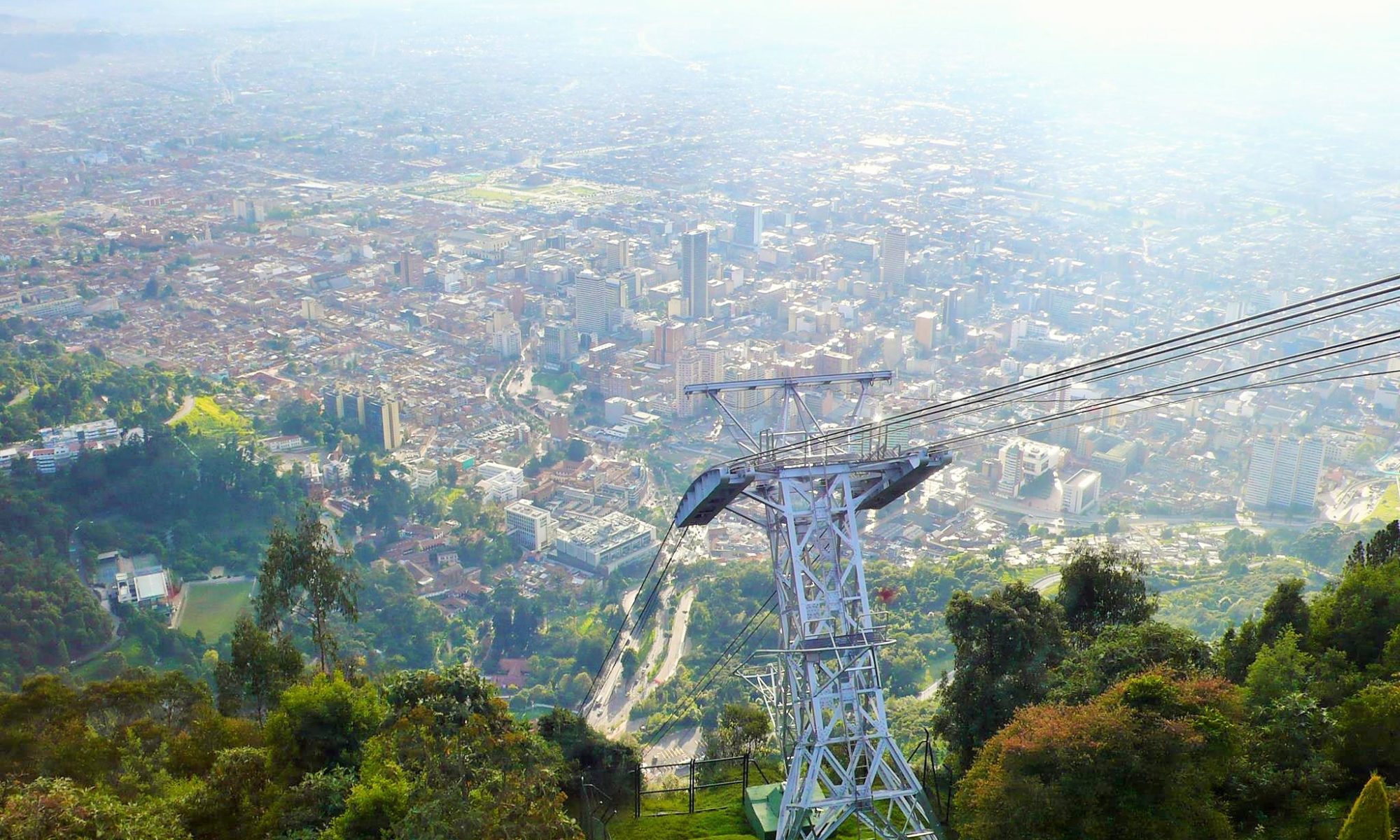 Monserrate is a hill that dominates the city center of Bogotá, the capital city of Colombia. It rises to 3,152 metres (10,341 ft) above the sea level, where there is a church from the 17th century with a shrine devoted to El Señor Caído – “The Fallen Lord”. The name Montserrat comes from the Catalan homonym for mountain.

The hill already considered sacred in pre-Colombian times when the area was inhabited by the indigenous Muisca. It is a pilgrim destination and a major tourist attraction. The summit contains restaurants, a cafeteria, souvenir shops and many smaller tourist facilities. Monserrate can be accessed by aerial tramway, a funicular or by climbing, the preferred way of pilgrims. The climbing route, however, had been indefinitely closed due to drought, and the associated wildfires and landslides for several years. It was reopened again in 2017.

All downtown Bogotá, south Bogotá and some sections of the north of the city are visible facing west, making it a popular destination to watch the sunset over the city. Every year, Monserrate and its neighbour Guadalupe attract heaps of visitors.