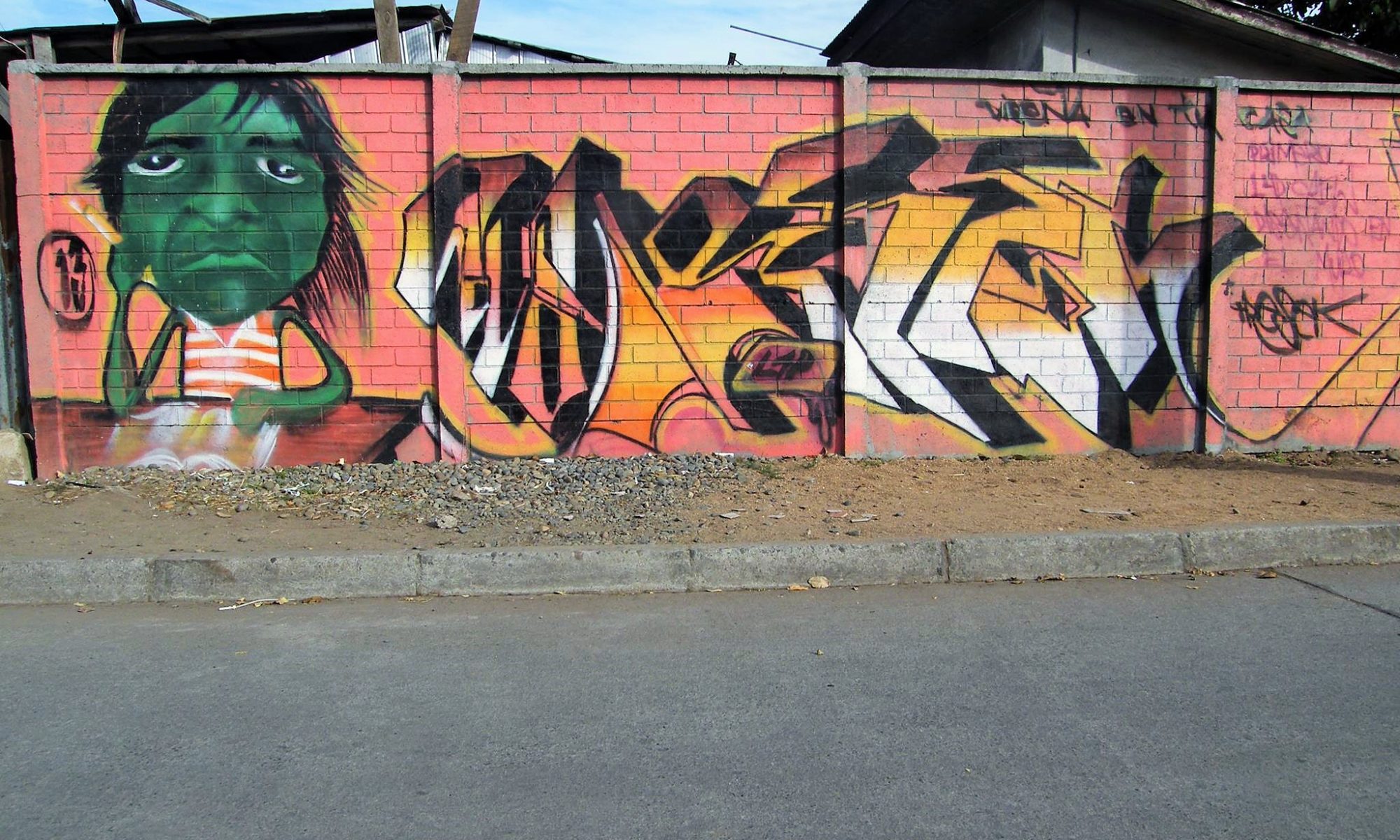 These series of graffiti by TRESEK (unfortunately the author couldn’t be identified in social media) help to clarify the thesis I exposed in street Cautin 710, that is, that “in small cities in Chile there is no competition to find a wall to make graffiti, so that graffiti can remain unperturbed for more than a decade”. The top photos in bright colors were taken in May of 2010. These photos are part of the project by GraffitiPreBicentenario (see Instagram: @graffitiprebicentenario). On the other hand, the later photos looking faded away by time belong to the end of September 2020.

The graffiti by TRESEK starts with a teenager at school and then some flop. There is a division and the hand of a young man appears giving the sensation that he has the whole future in his hands… next there is a flop plus a final sentence that says “stop and have a look” (=spanish: “detente y mira un poco”).

Here also occurs the phenomenon of my thesis, that for more than a decade, the graffiti has not been intervened. Not even a scratch, only the effect of the sun, rain and weather. This phenomenon would be impossible in a big city like Santiago, Valparaíso and Concepción, among other big cities located in Chile. In those big cities, definitively new graffiti would be on top of the one of May 2010. Most likely, there would be no trace of the first graffiti. But in Angol, a small city, you find graffiti that last more than a decade.

And this is how it looks today and what remained:

Some comparisons – Then and Now: