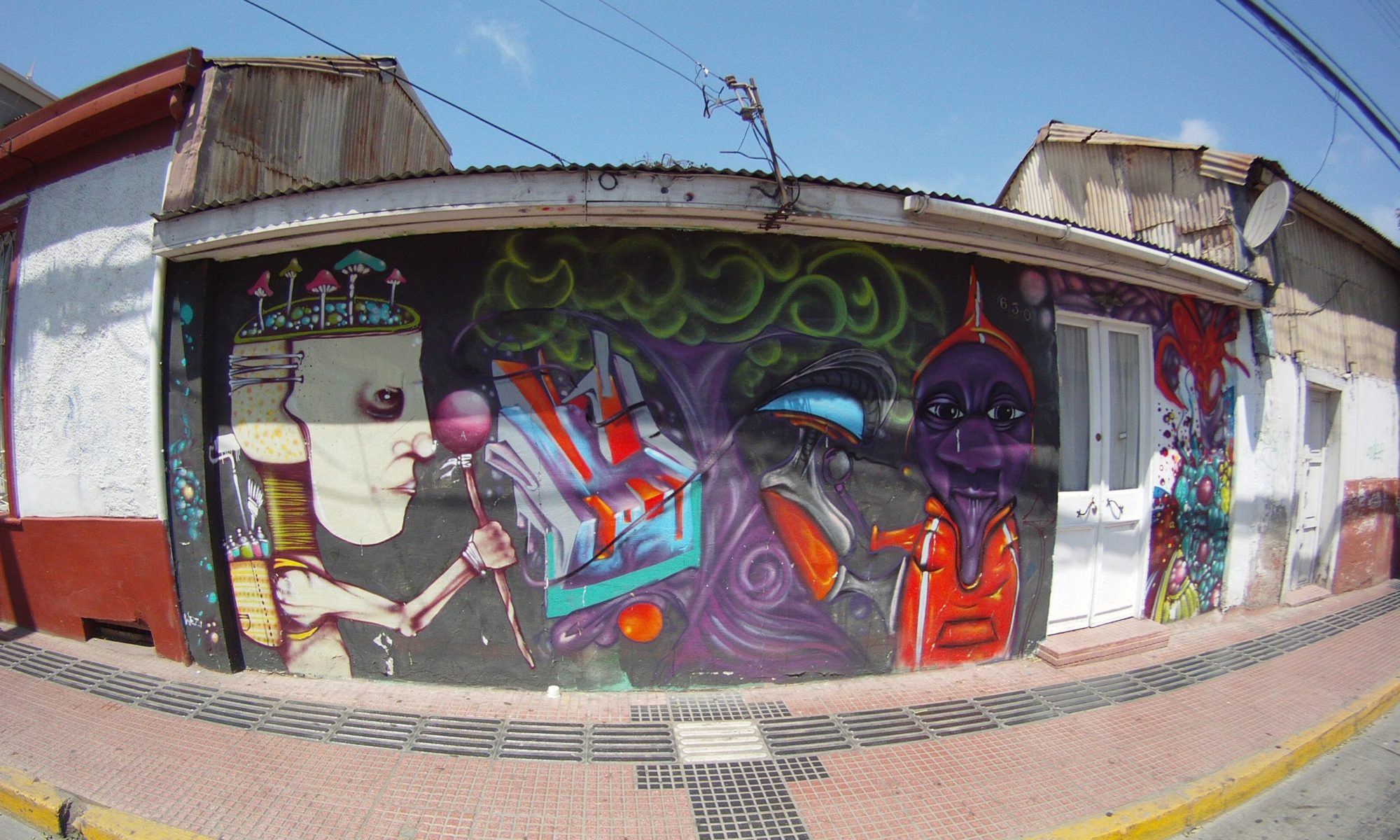 Another very cool surfers spot in Chile is the second biggest city in the country: La Serena. Here the Elqui-Valley is just around the corner, it´s one of the main producing areas for the Chilenian national drink Pisco. It´s a very nice drink, you can get in Germany as well, but for sure not comparable to the one you can get there at the vineyards. The city is really nice, with the historic center built in the colonial style and if you arrive from the north it is quite pleasant to arrive at this alive and green place after a lot of ghosttowns in the Atacama desert, who remind on the salpeter mining period.

We visited the Chilenian Film- and Artsfestival, which took part in La Serena in end of Janurary 2015. A lot of Chilenian regisseurs presented their new movies, a lot of art locations have been constructed all over the city or existing ones have been used for events, there have been short film presentations, theater shows, concerts and very nice parties of course.

A really marvelous project, which has been eternalized with colorfull paint on the street facade and which has already become one of the towns new landmarks, was inaugurated during the festival as well. A long drawn out and quite high wall of a motordriveway has been upgrated with an impressive teamwork masterpiece of art students of the university of La Serena. They worked for about three weeks on the concept and another three days and nights for spraying and painting the brilliant idea.

The hugh wall picture just wows you, you cannot see and realize that properly here on the fotos and the video below, the best would be just to go there and visit the place for yourself. The group created an interessting fusion of the several artistic styls of the painters, but as well they included a lot of social issues from current debates and from the past, which had influences and impacts on their city La Serena, their country Chile and the whole South-American culture.

We spoke with one of the artists, Claudio ZANE, and in the interview he told us about the creation of the conception and the developing of this fantastic graffiti streetart:

In two videos you can find the inauguration speech of the group and the artists, as well a short walk alongside the painted wall. We have here a lot of fotografs and the videos, but like I said, it´s just a roughly help to imagine the huge artwork in all its dimensions.

Website for Graffiti and Streetart in La Serena / Chile: http://www.southamericanpostcard.com/cgi-bin/photoset.cgi?chile-la-serena,1