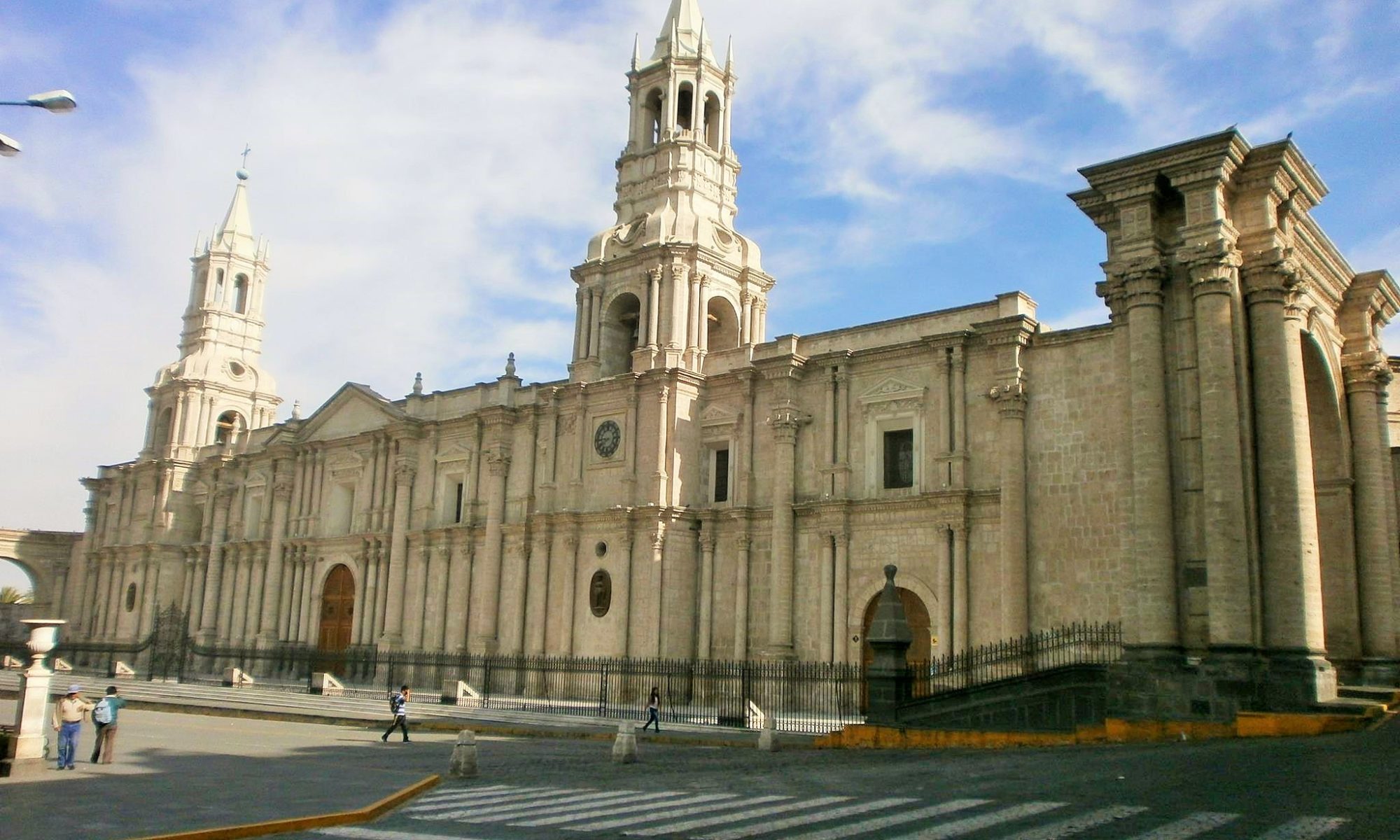 Arequipa is the capital of the eponymous region of Arequipa in the south of the South American Andean Peru and represents the political, economic and cultural center of southern Peru. Arequipa is the seat of an archbishopric. At the last count in 2017, the city had 960,594 inhabitants. In 2000 UNESCO declared the city center of Arequipa a World Heritage Site. Located between three volcanoes, this colonial city features numerous Baroque buildings made of sillar, a white volcanic rock. In the middle of the historical center lies the Plaza de Armas. On the north side of the magnificent main square is the 17th century neo-classical Basilica Catedral, housing a museum of religious objects and art. After climbing on the Machu Picchu we took a little rest before continuing our journey South to Chile.