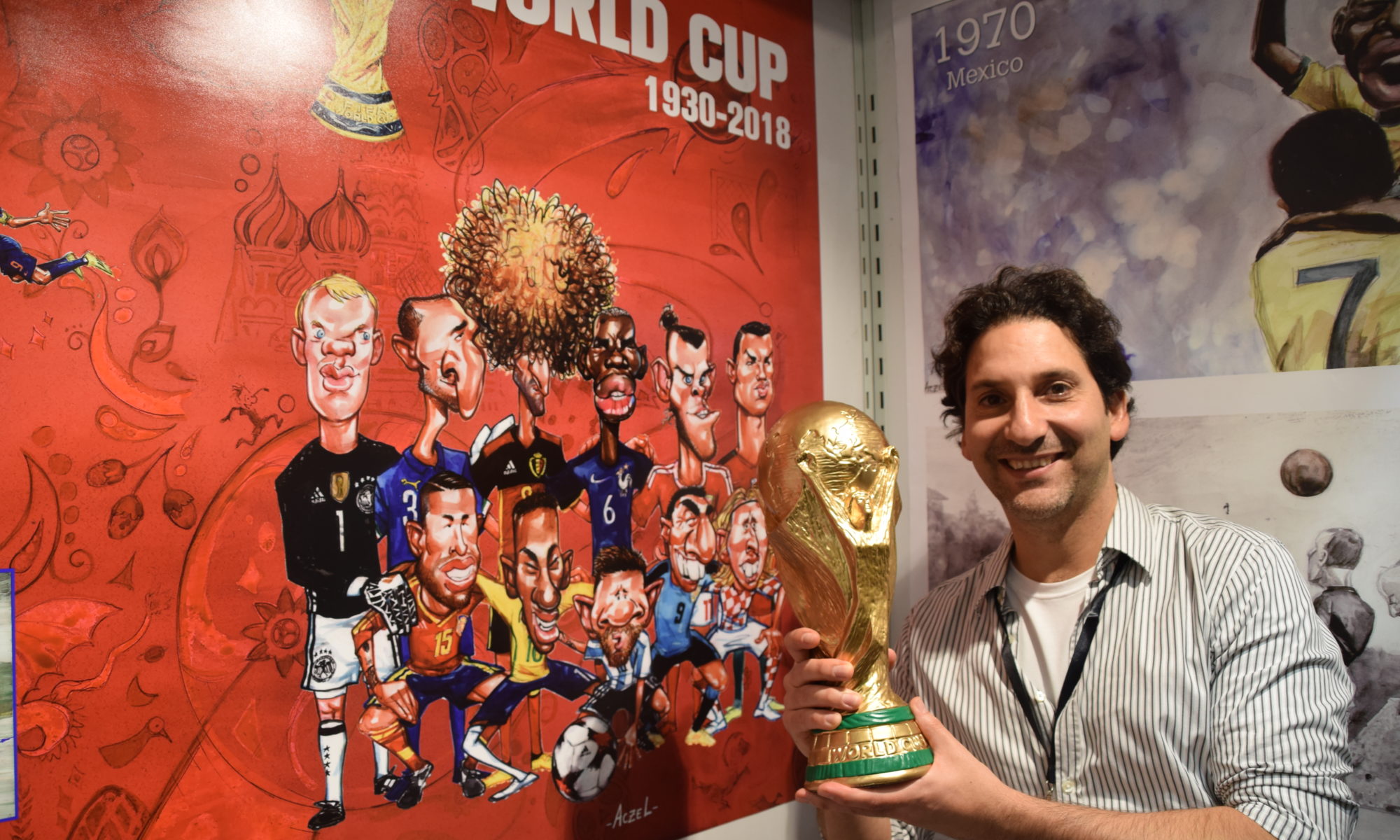 Germán Aczel loves football and is a passionate cartoonist. He has linked these two passions in his World Cup book. A detailed encyclopaedia of the individual football world championships, decorated with funny sketches and humorous cartoons. The multi-colored World Cup history brings together the most defining moments in football history from 1930-2014: Maradona’s hand of God, Zidane’s legendary headbutt, the German agony of Belo Horizonte, Suarez’s bite attack, the unforgettable moments of the 7-1 against Brazil or Gotze ‘S victory gate. Distinct caricatures of the most iconic players, the most spectacular goals and most moving World Cup scenes accompanied by thrilling background stories. Aczel has written colorful, rich in facts and entertaining, the ultimate comic-style World Cup primer as a world champion edition. 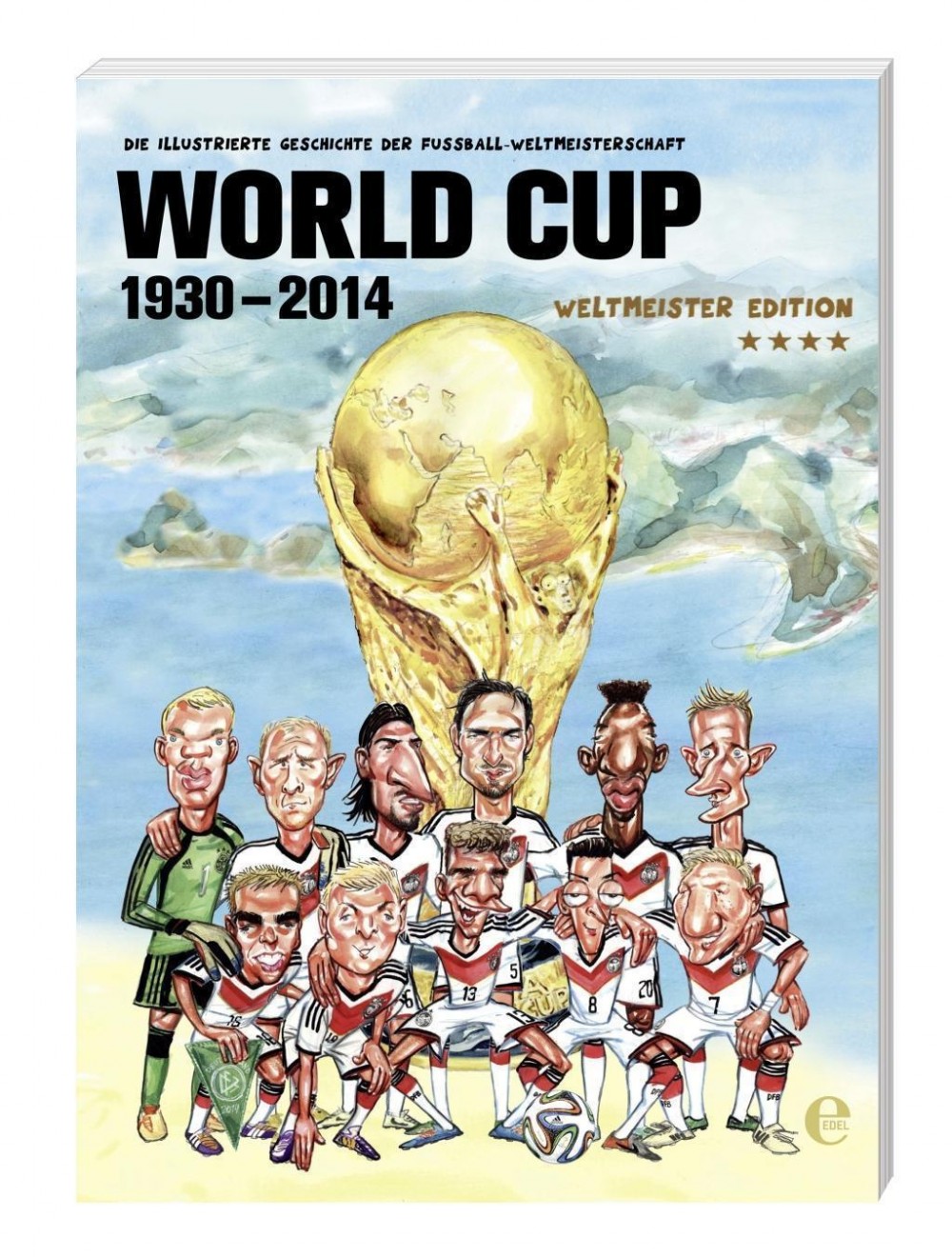 We met the artist with his small colorful stand at the Frankfurt Book Fair, in an interview he tells us about his amusing work. The interview is in German. 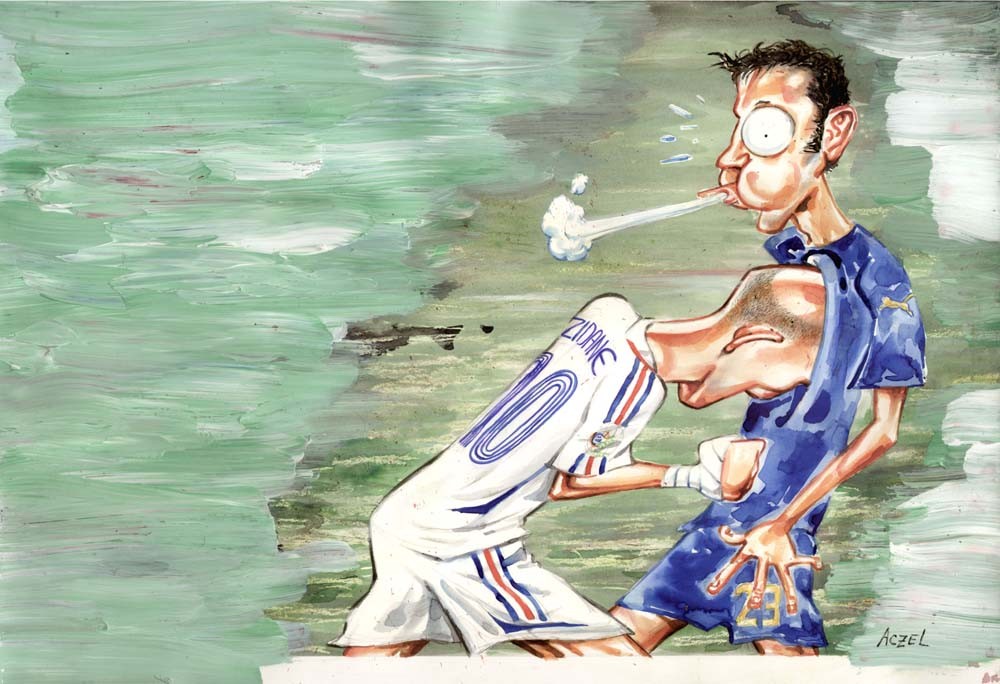 The artist originally comes from Argentina, but currently lives in Munich. He has already executed painting projects for many well-known publishers and companies. Recently, some of his cartoon drawings were bought by the FIFA Museum. His current World Cup book is available on all book sales platforms on the Internet or through his website.

At the Frankfurt Book Fair, the artist presented the latest edition of his soccer world champion series: 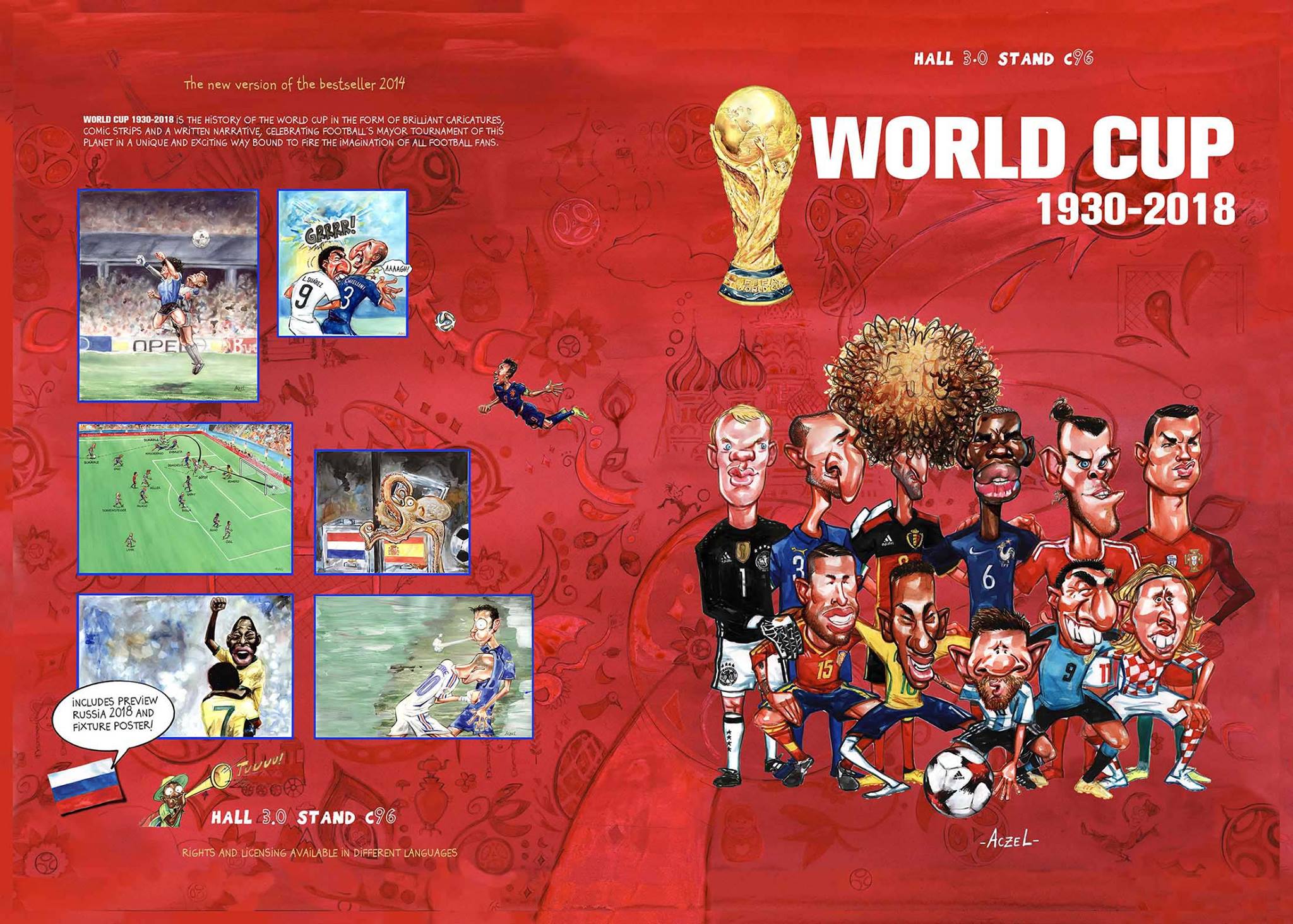 Another major project is planned, but this will be about rock music. Caricatures of singers, artists and celebrities have been created over and over again in recent years. Here, too, German wants to deal with the making of a chronicle again. We are curious. 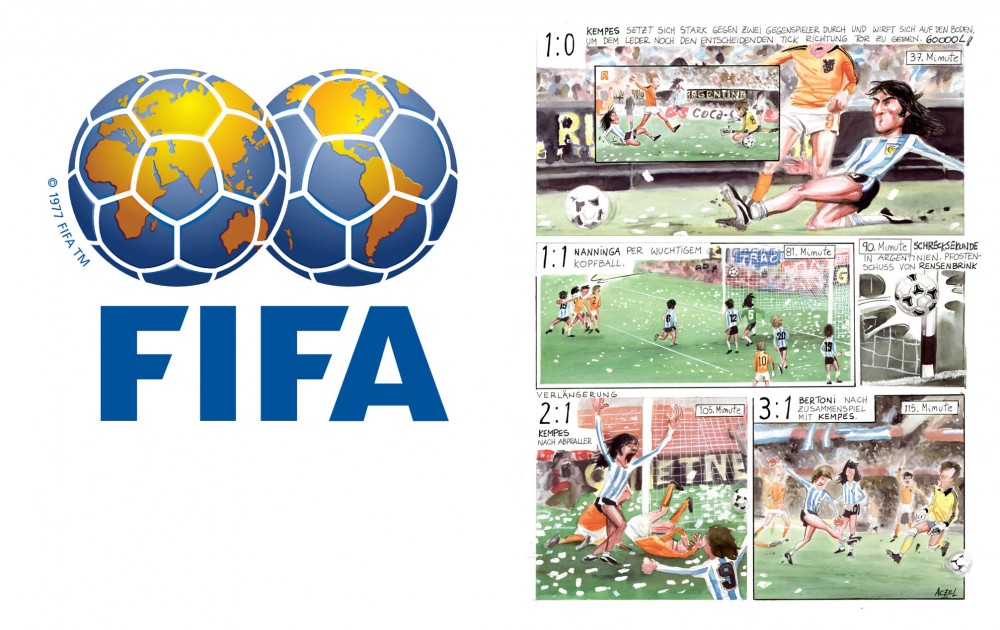 Deutsche Welle has made a remarkable reportage about the artist with a variety of his doings and scenes at work: 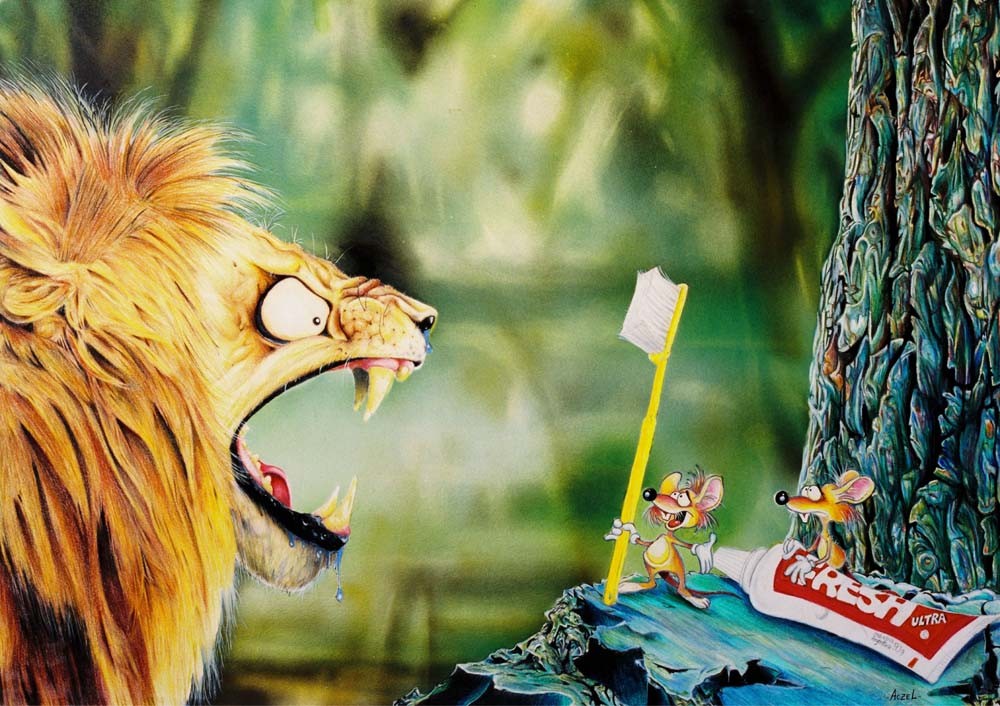