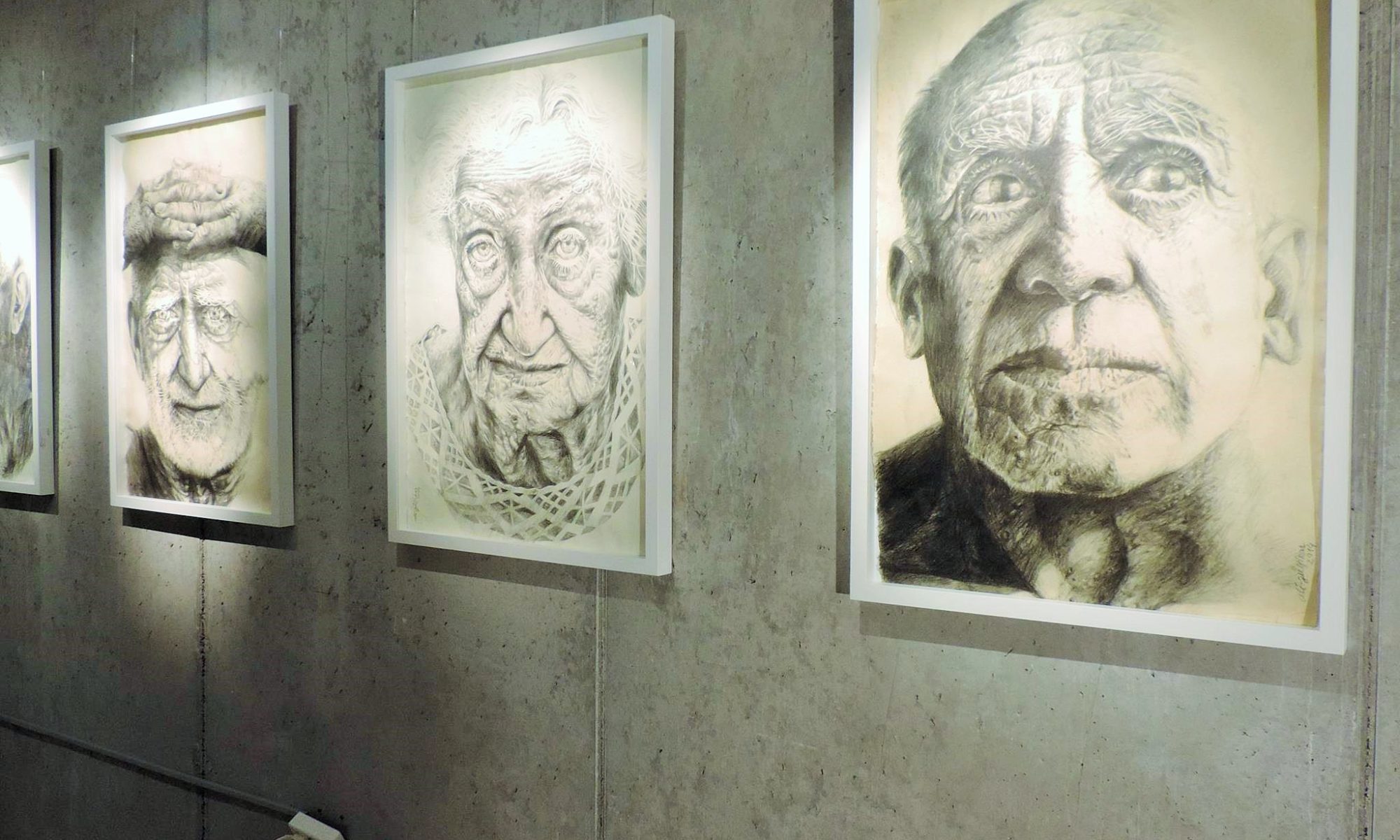 Faces speak volumes. From the facial expressions and behavior of the people one can read very easily emotional expressions, but we perceive this mostly in dynamic movement. Reading a life story from an image is already more difficult. Here it is also up to the respective creator to design or record the whole accordingly. The Turkish-born painter Ali Zülfikar is master in this field. 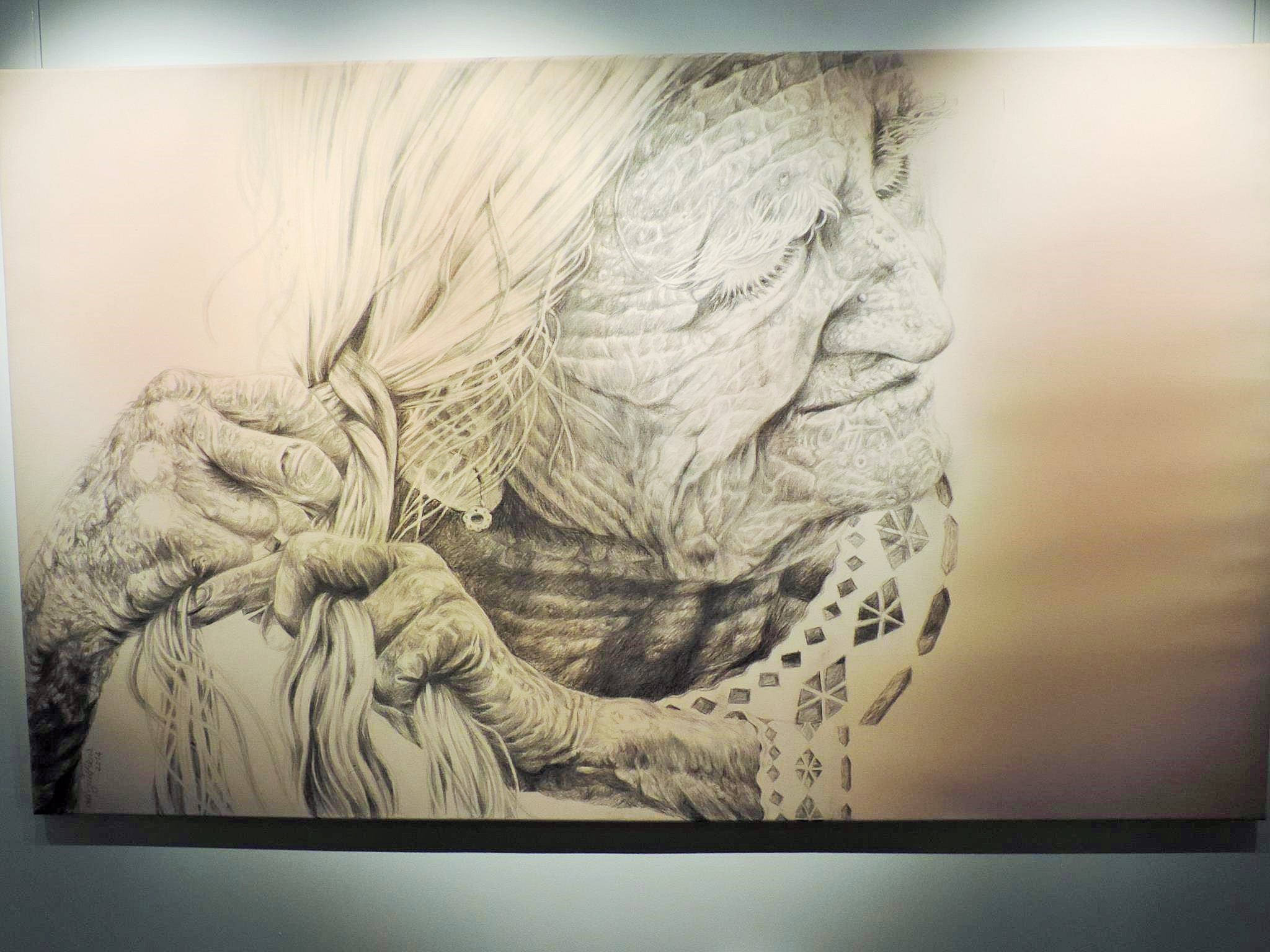 Zülfikar has a preference for facial expressions in the motif selection. There are also children’s portraits, but actually fascinate old people with all their wrinkles in sad or happy moments a lot more. Zülfikar paints with pencil or charcoal and manages to portray emotional states in an ingenious way. His works represent a deep criticism against war, oppression and also the dictatorial Erdogan regime in which the artist portrays in many works the suffering and pain of victims. 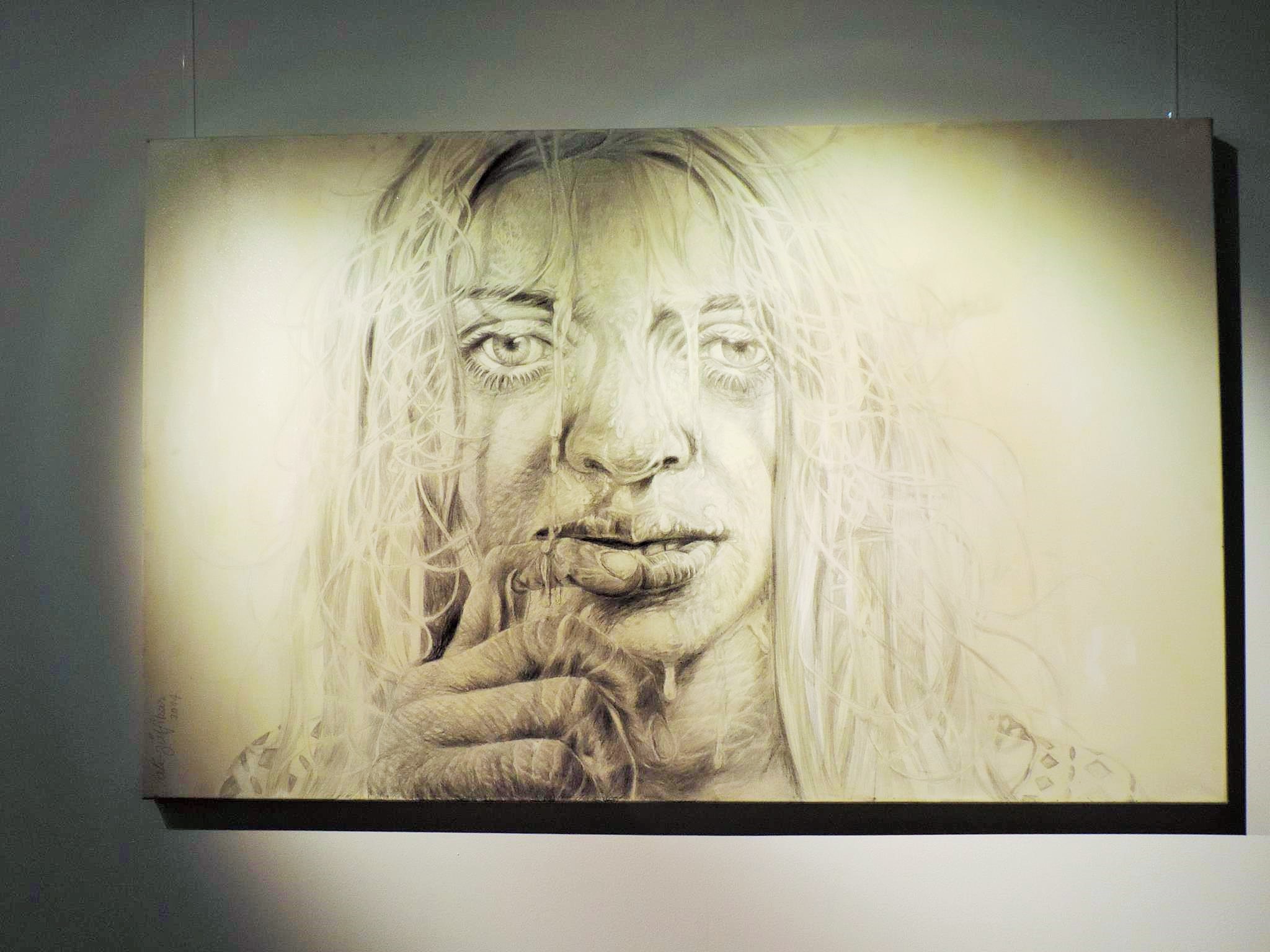 In the exhibitions of Zülfikar the artist presents portraits and faces painted on a large canvas with pencil or charcoal pencil. The painter selects particularly striking faces, which he portrays in great detail. The important aspect here is the expression that is in these faces and conveys deep emotional concern. People are portrayed in a moment full of horror, grief or fear. Zülfikar wants to draw attention with his works, above all, to the war situation in his homeland Kurdistan and in Syria, but also beyond. All in all, he wants to portray experienced suffering and reactions in order to recall the theaters of war through his art. Therefore you can find in his works different types of faces from different countries including Western Europe. He donates the proceeds of his works for the reconstruction of the city of Kobane. 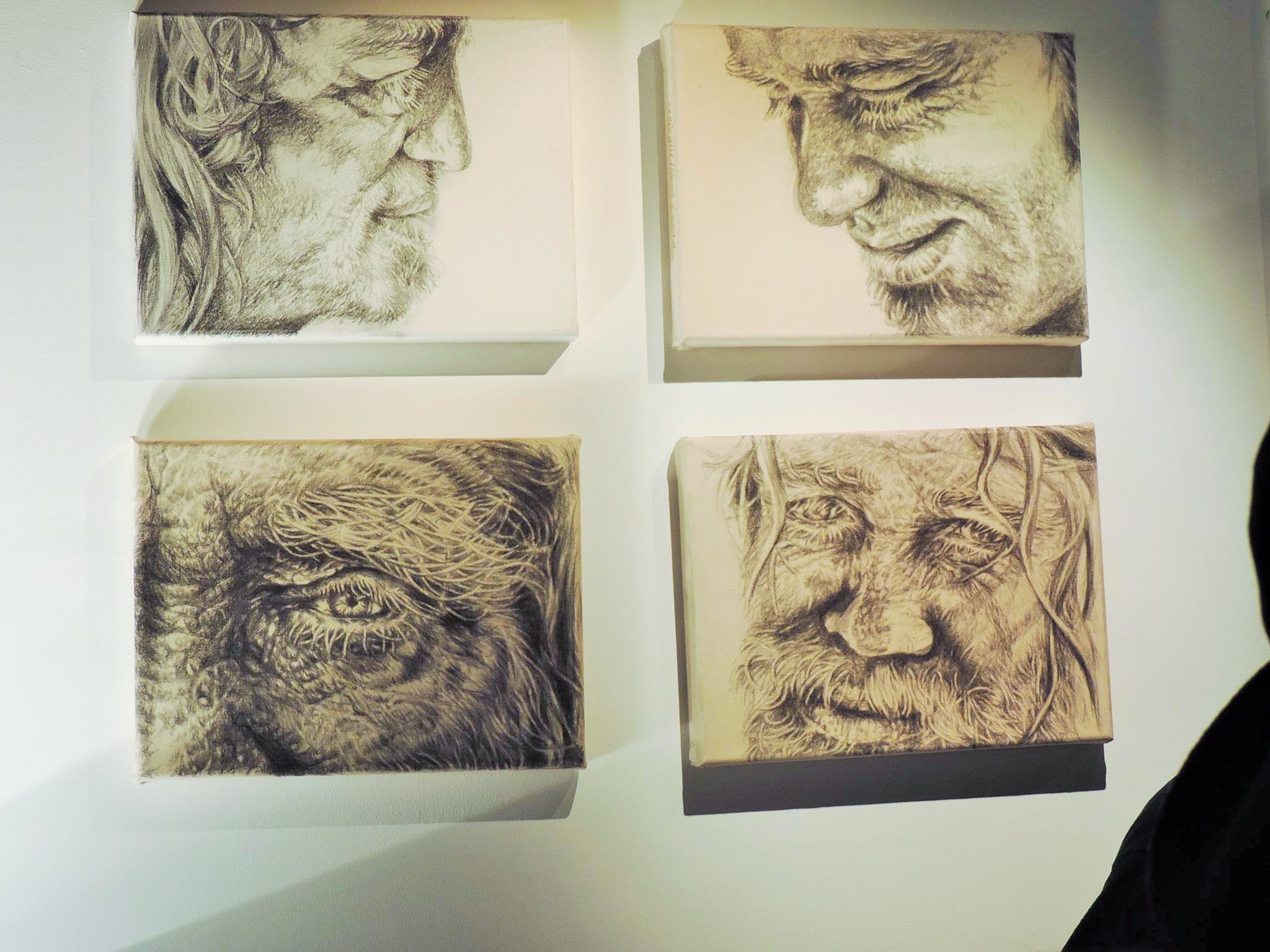 We got to know the artist at an exhibition opening. A vernissage is always a great thing, you can learn a lot about the artists at the inauguration, mostly they also speak themselves and you can come in the course of the evening with a glass of sparkling wine into a conversation. Ali Zülfikar told us in an interview about his art and his campaign, the artist’s answers were translated into German by Servan Ucal. In the following there is the podcast in German and the written down conversation in English. 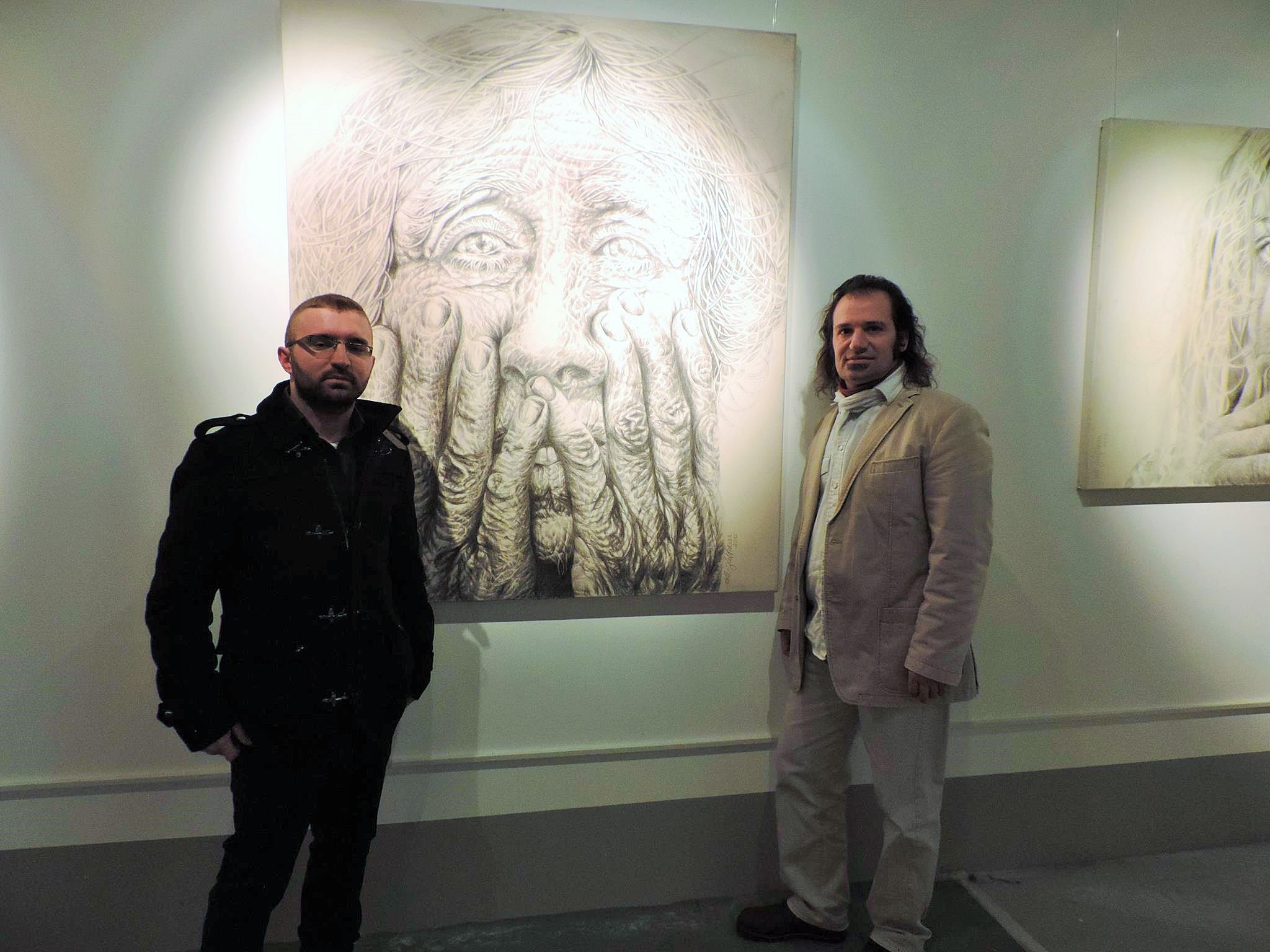 Your faces are portraits and you paint with pencil and charcoal?

Yes, so I have works that I have drawn only in pencil. Mainly on canvas but also on wood. On wood rather smaller works. But on paper I also have smaller paintings. So there are works on canvas, wood and paper, smaller and larger, and most of them are all drawn with pencil. 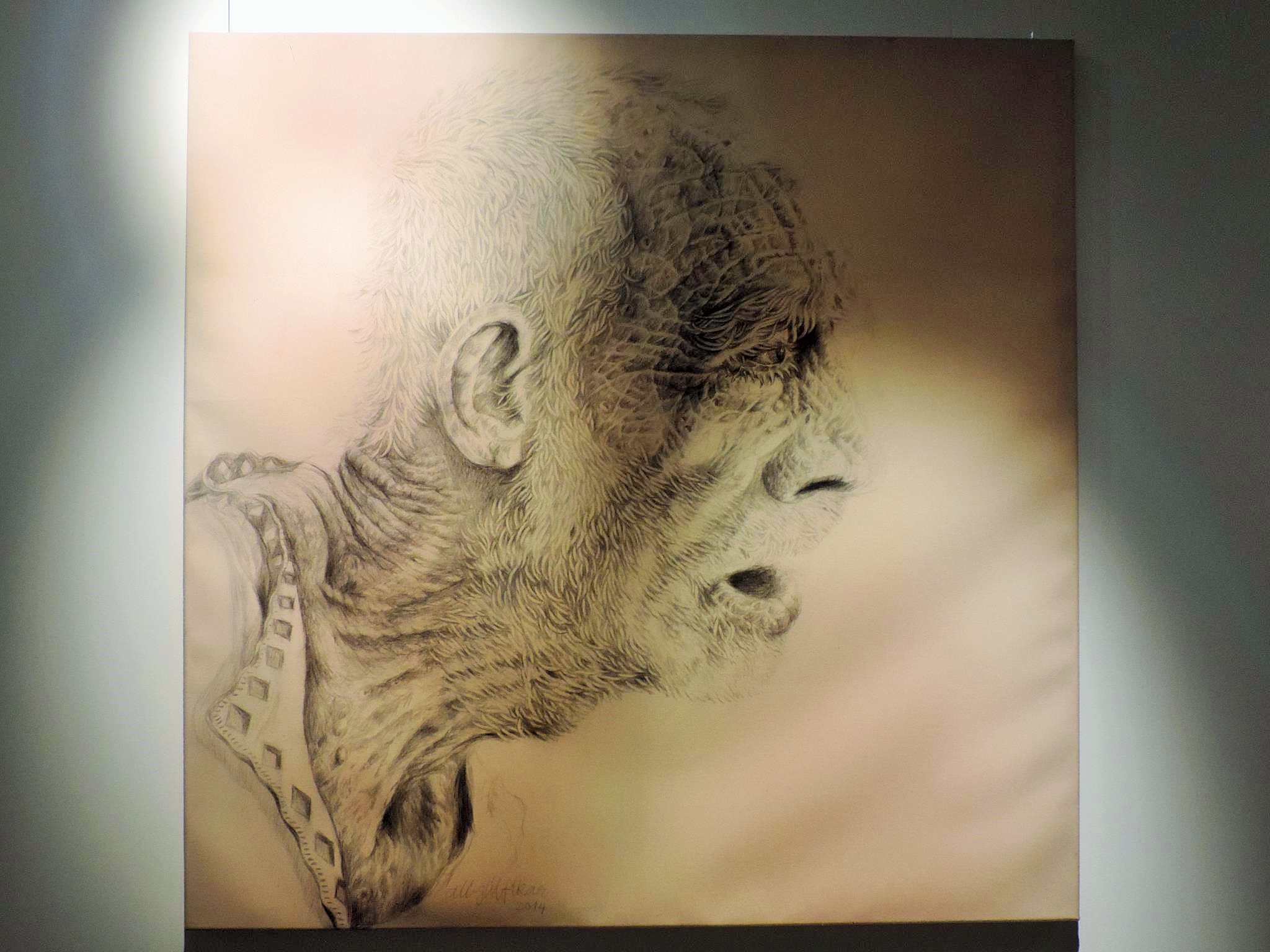 Yes, I prefer to choose older people because their faces also convey a story to the outside world. These people have experienced many things in their lives, experienced many bad things. And that’s why I choose them, because they also have a lot of emotions inside and also experienced a lot of pain. That is why elderly or older people are more likely to appear in my works. I try to give as much as possible an impression, also to arouse interest by drawing the features in a face down to the last detail. The wounds, for example, the pain, including external pain and wounds on the face. I can give a good example here, the picture here with the man. Here I would like to tell first of all the situation of the Kurds. I want to bring the people over by drawing the beard specifically. So all the facial expressions down to the smallest detail, inside and out. I would also like to bring these expressions further out and present what happens there. People still have love of humanity and life there despite so much suffering and so many injustices in Kobane. I wanted to bring that over here with this work. 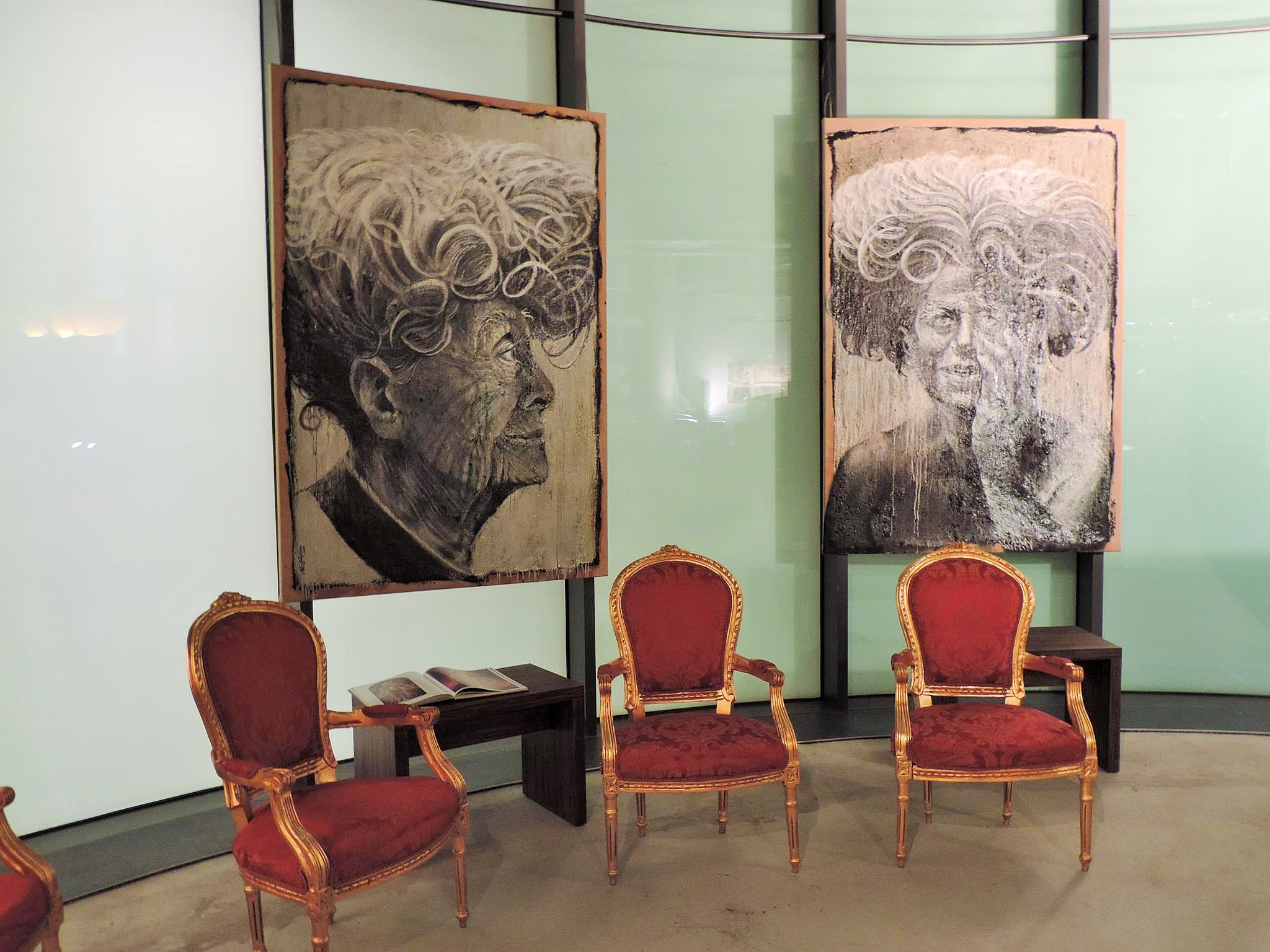 If you stand in front of a picture, then the emotions come across really well. The traumas are very well presented, the heads on the motifs are always larger than the viewer.

Yes, especially the last years have motivated me to paint. Especially what happened and happens in Syria and Kurdistan. That is pushing me to start this artistic campaign. I would like to draw the attention of people, not only in Turkey, but also throughout Europe to the cruel events. So by the presentation with these heads, I would like to draw attention to the suffering and pain in Syria and Kurdistan. What people have experienced affects their face as well as their external appearance. Once upon a time a European woman came and said, Oh Jesus, what’s going on there. I want to draw attention. For my motives, I have therefore chosen different faces including different people. I describe different people from different nations. For example, in this picture here, this is a man waiting for his execution. Hereby I wanted to draw attention to the situation in Israel and Palestine. So on the violence and the consequences on both sides. People die on both sides. It’s not just Palestine or Israel. This picture is mainly about the person waiting for his death.

You paint and meet the facial expressions really very well and exactly. What are the next plans for the future?

I received many invitations for exhibitions. In the Sveta Gallery in Frankfurt I will have an exhibition, as well in other cities in Germany and around the world. One goal of my campaign is to help rebuild Kobane. In the autonomous self-governing canton Rojawa, that is in West Kurdistan in Syria. And the region was freed, but now the city is in ruins. And my goal is to help rebuild this project by selling these works. But I also want to give help and information to people in Syria and at the border.

Ali Zülfikar was born in 1971 in Milelis, Turkey. He studied at the Firat University in Elazig with the famous Turkish painter, Prof. Memduh Kuzay. He is as well a member of the VG BildKunst in Bonn. Ali Zülfikar’s works have been admired for many years by numerous art lovers worldwide. So far they have been shown in more than 170 different international individual events, group exhibitions and museums. 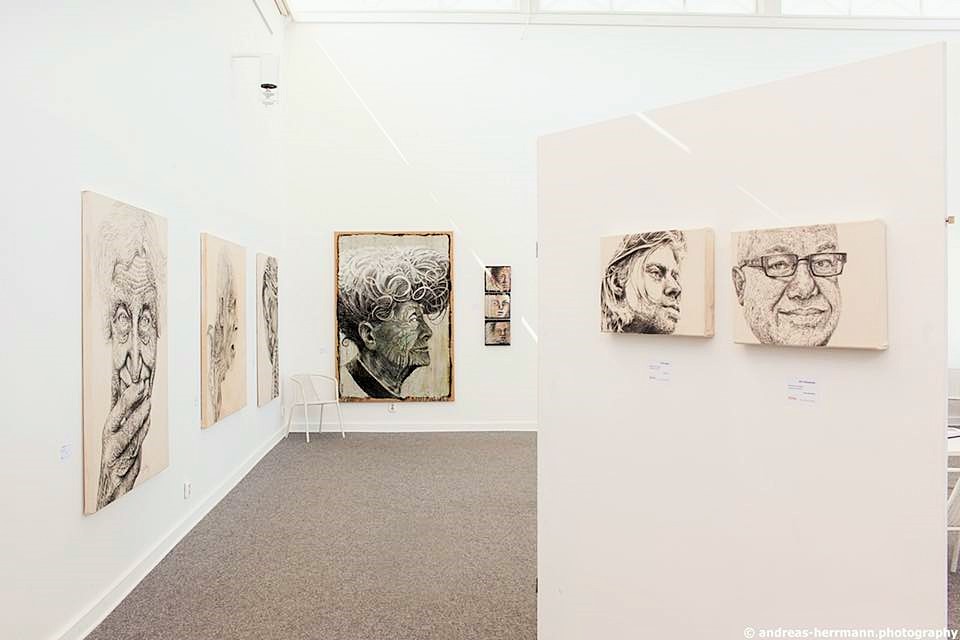