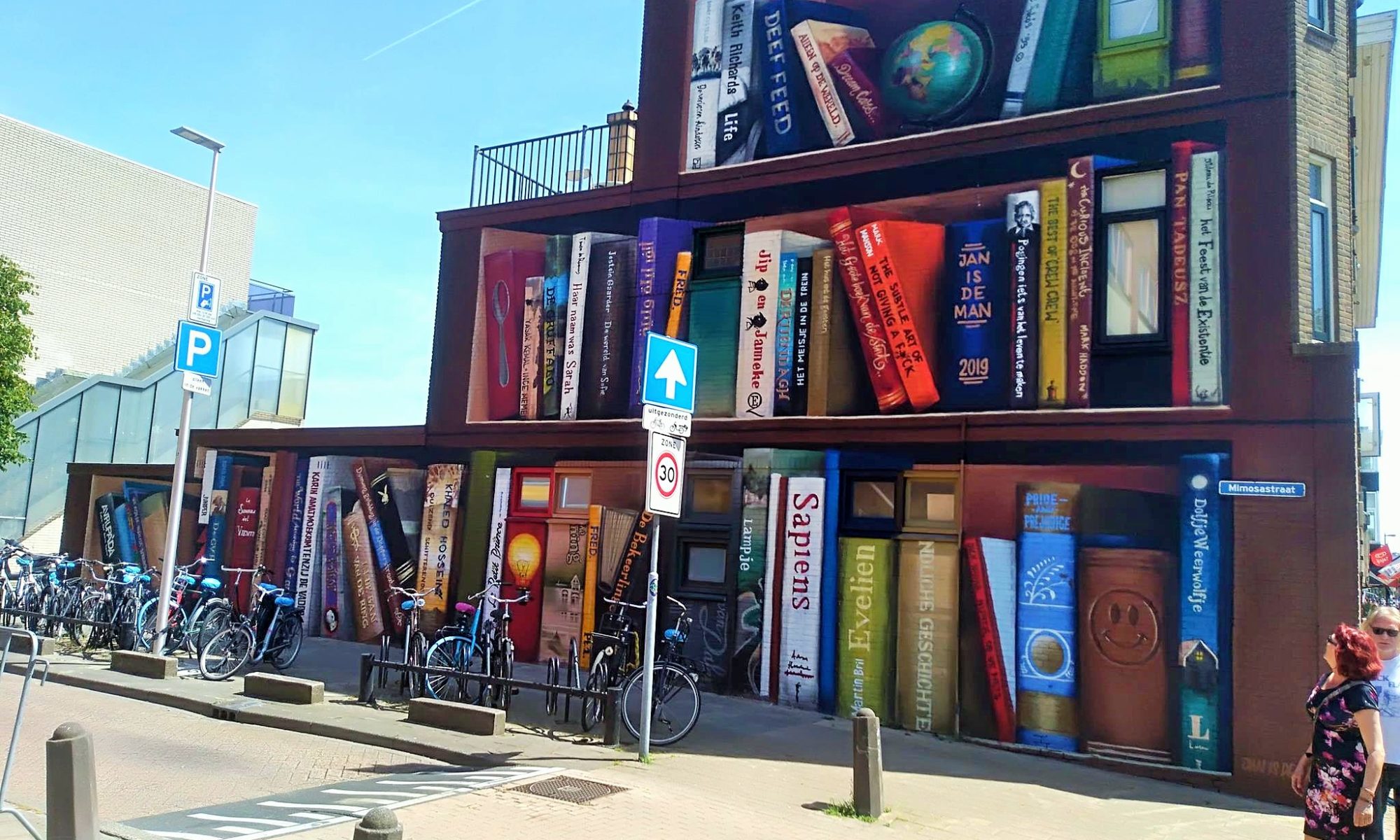 Utrecht was really fun. Besides the openness and friendliness of the people living there, there is the vibrant urban culture, the art scene and a quite interesting infrastructure. Utrecht has a lot to offer! The city perfectly combines modernity and antiquity and impresses with some old and futuristic buildings. A symbiosis of construction, architecture and street art raises Utrecht to a high quality level. The city absolutely stands for diversity, openness and connection and has a place in my heart. There are also Brouwers at the Albert Heyn. Brouwers is a fantastic beer brand with cult potential in scene circles. And a way beer for the city tour should always be in it. Drinking in public may be expensive in the Netherlands though. If the cops catch you in public, they charge 50 Euros. That’s why it’s always good to have festivals in the city to get around the problem. 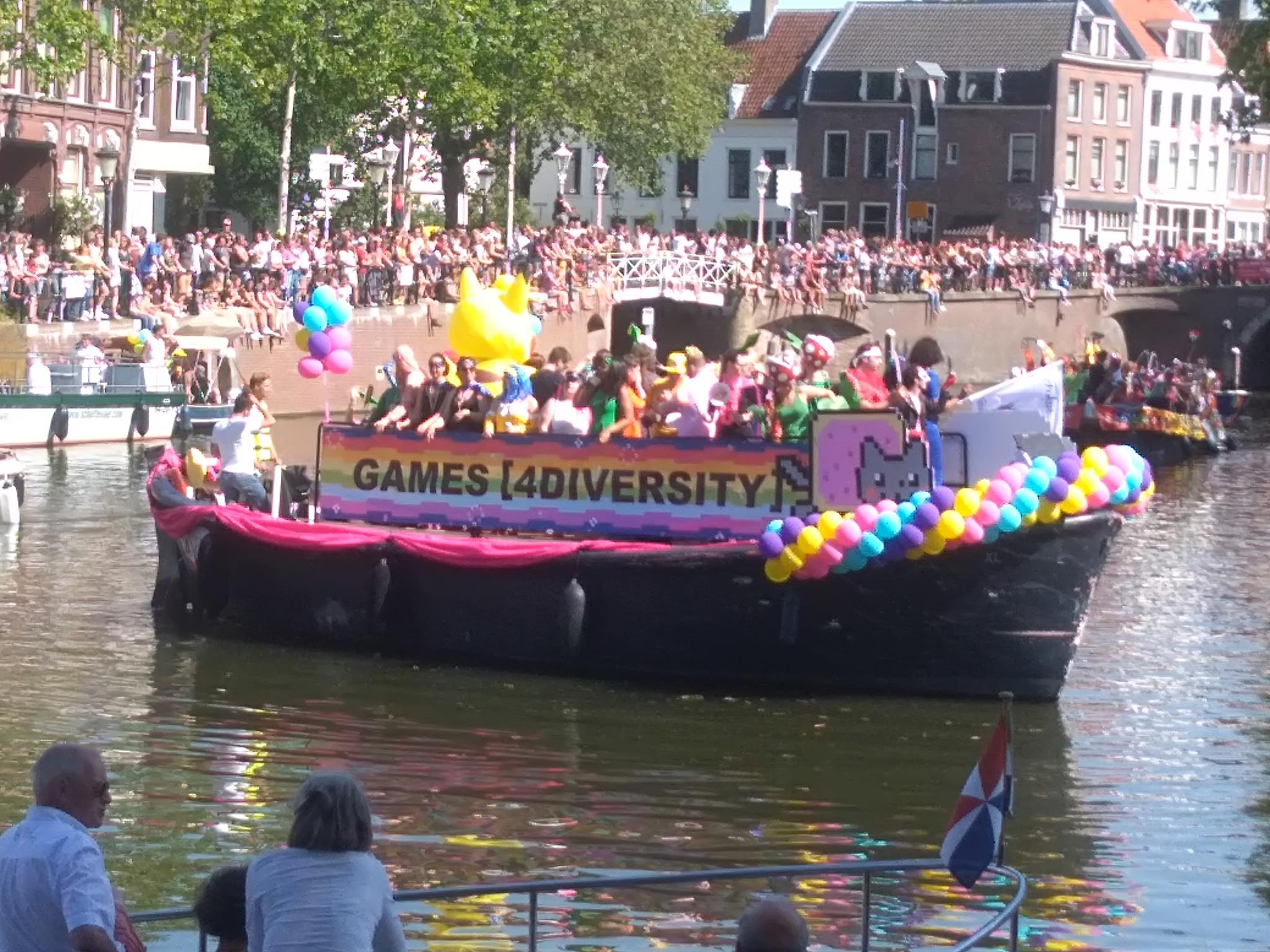 In summer, the city invites you to stroll through the old streets with the Domturm and Buurkirke, lined by canals around the Oude Gracht. The Utrecht Pride – a parade of the LGBT scene – plunges the whole city into a colourful party inferno. The whole life plays in the alleys and around the canals. The parade takes place all day long on the water sides and the green spaces nearby them. A colourful, extravagant and whimsical ecstasy enchants the city and puts it in the right light. A rave with a good bang. In this way, Utrecht discreetly creates a mood and a desire for more. 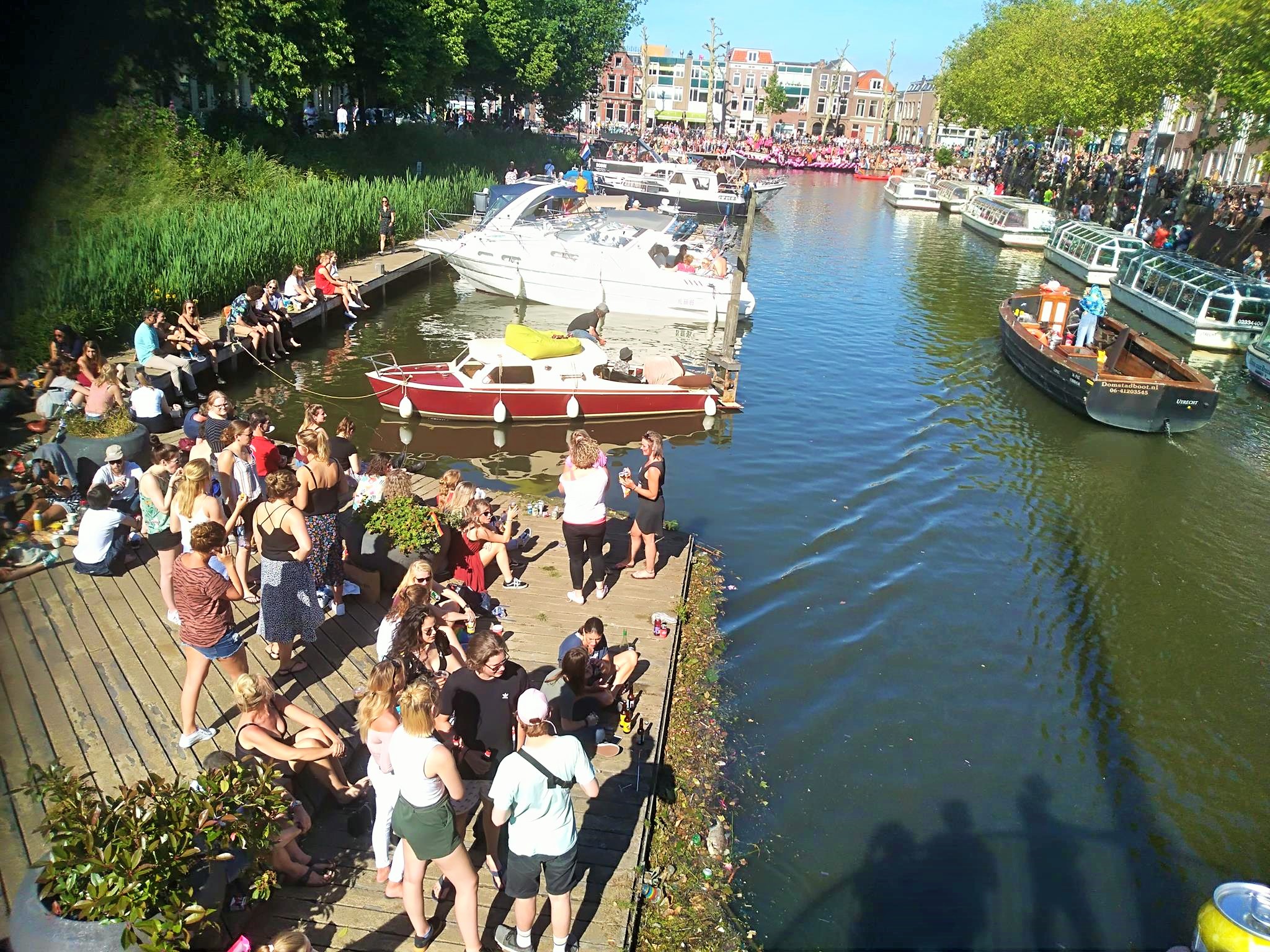 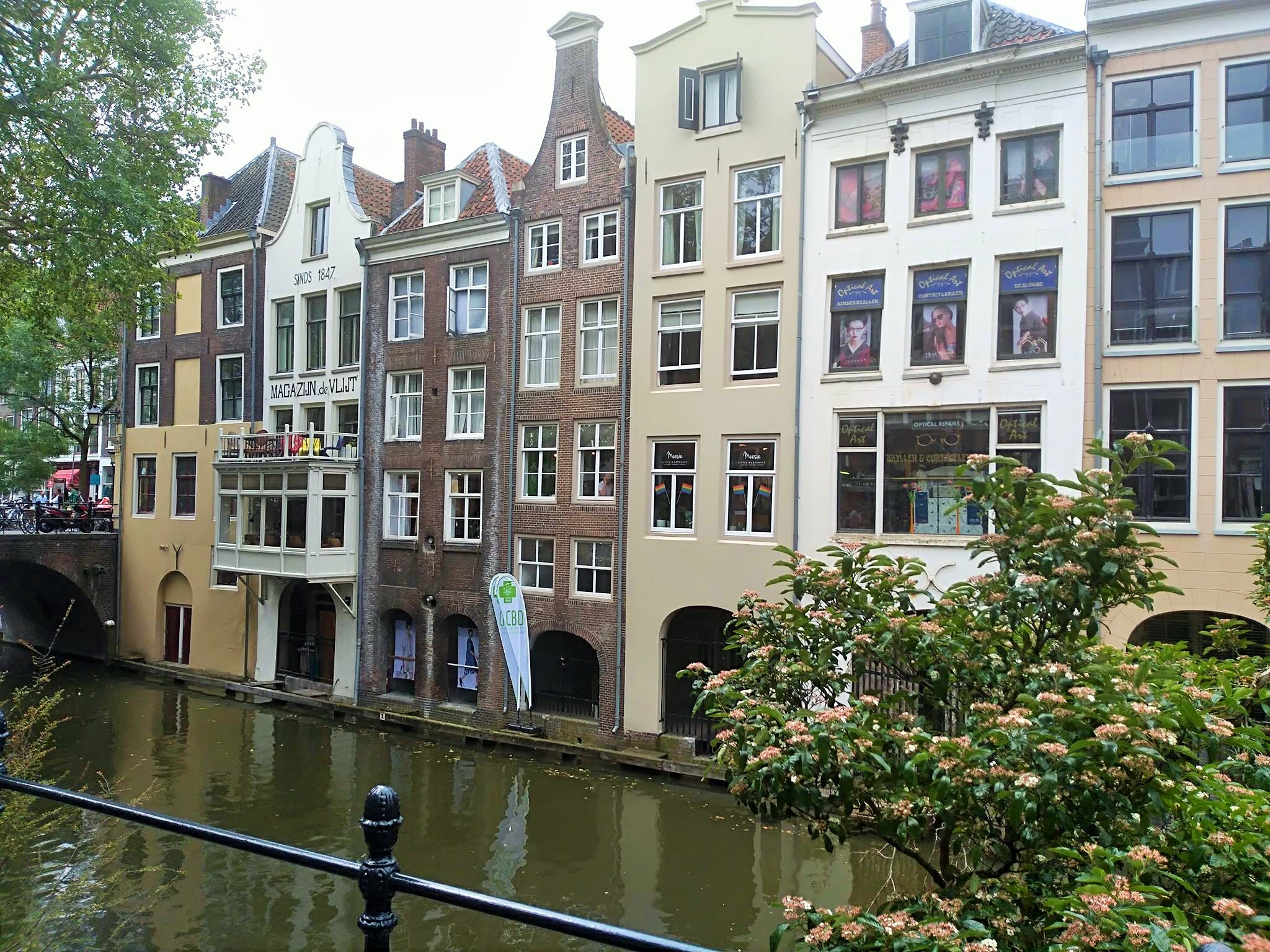 The same is true of the colours and vibrancy of Utrecht’s house facades. In terms of street art, the fourth largest city in the Netherlands with 350,000 inhabitants is definitely worth a visit. The Dutch artist JanIsDeMan, who comes from Utrecht, played a major role in this. The “Boekenkast” on Mimosastraat, a huge painted book shelf with the favourite books of the inhabitants of Utrecht, was designed by him together with the artist Deef Feed. I’ll have a Brouwers on that. Totally awesome! A bookshelf designed as a mural for the whole city. JanIsDeMan has also designed the train-like artwork “Subway Skate Park” which is painted on the skatepool at Griftpark Skatepark. It can be skated there on rails and trains. Creative and really well implemented! Here riding a train really is some fun! 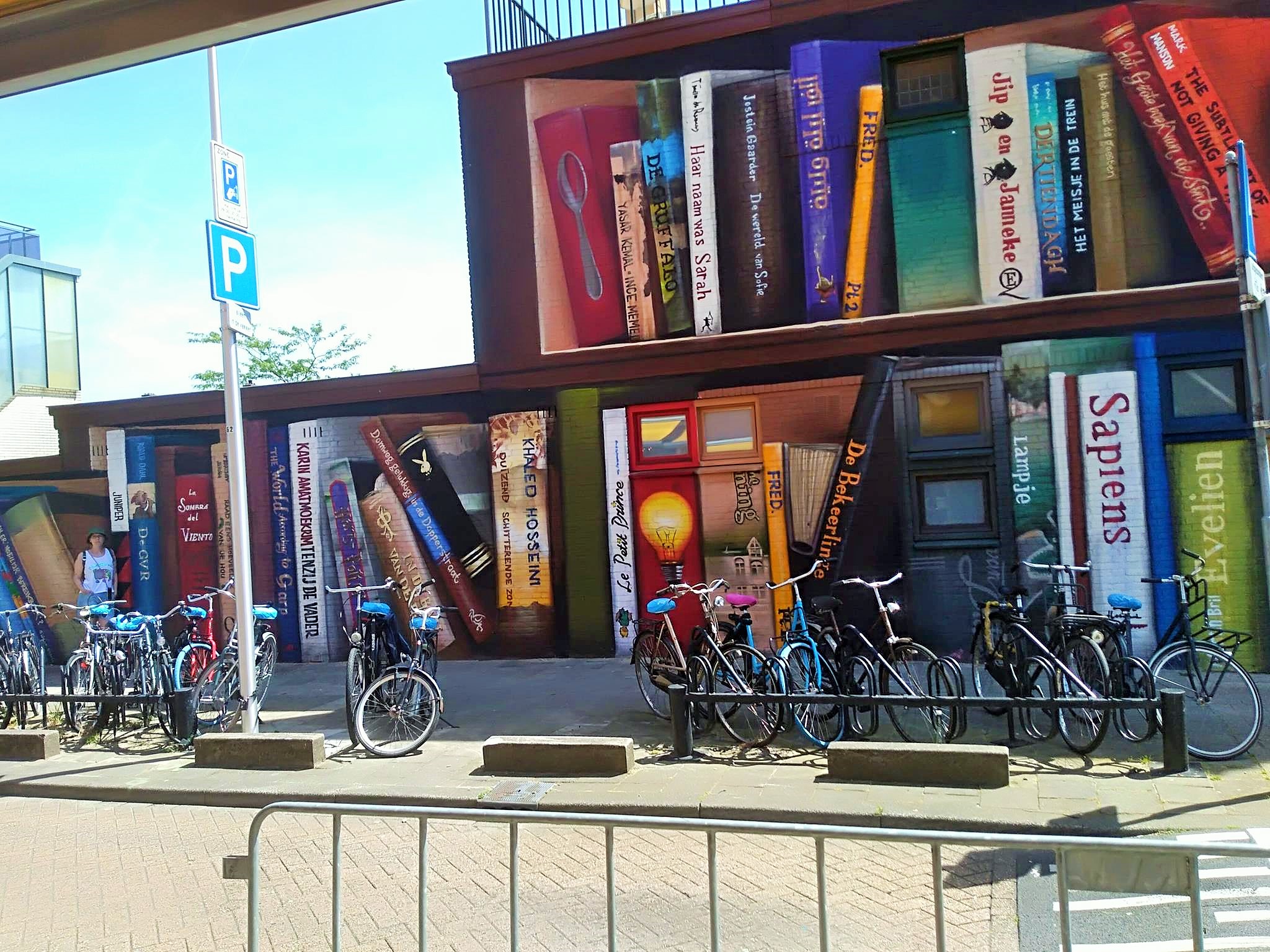 Speaking of trains. Entire streets serve as engine sheds. Some houses, which were formerly rented by the Dutch Railway Company to its employees, have murals with railway themes like locomotives, stations, trains or rail sheds. One picture shows the “Train of the Mat’36”, which was put into operation from 1936 until the late 1960s. These trains were built in the “Werkspoor” in Utrecht just around the corner. The trains run through the flower streets in the Tweede Daalsbuurt district. Not only worth seeing for railway romantics. 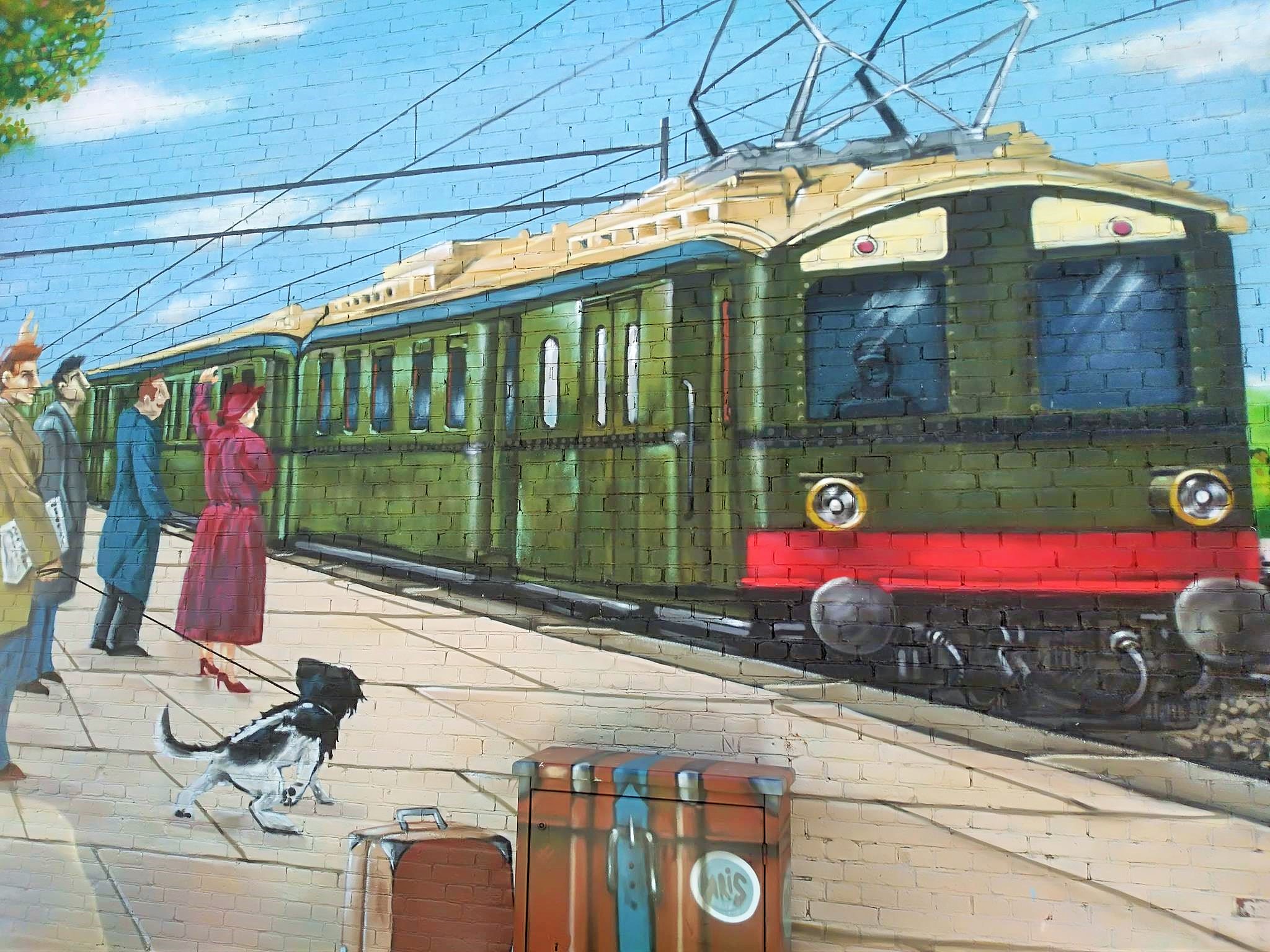 Around the main station there is also a lot of activity concerning street art. The Plastic Whale in the middle of the canal is a bizarre, yet ingenious work that makes one think. The work of art will be managed as a “skyscraper” and was designed and implemented by the American architecture and design company STUDIOKCA. The whale was made of five tons of plastic. These five tons of blue and white rubbish once floated off the coast of Hawaii. It is a response and a sign for the other 150 million tons of waste currently floating around in the oceans. The artwork was made in 2018 for the free art festival “Brugge Trienale” and came to Utrecht in January 2019. Actually, it should be transferred to Paris in 2020. Would, should, could – didn´t happen. The part is located in Utrecht and that just is just perfect. It should stay there working as an excellent exhibition piece for the city. With all the other tons of plastic in the ocean, there is definitely enough to create many other marine life or  animals. Many more garbage statues could be invented, developed, implemented and built. Much more, every city could have its own whale. 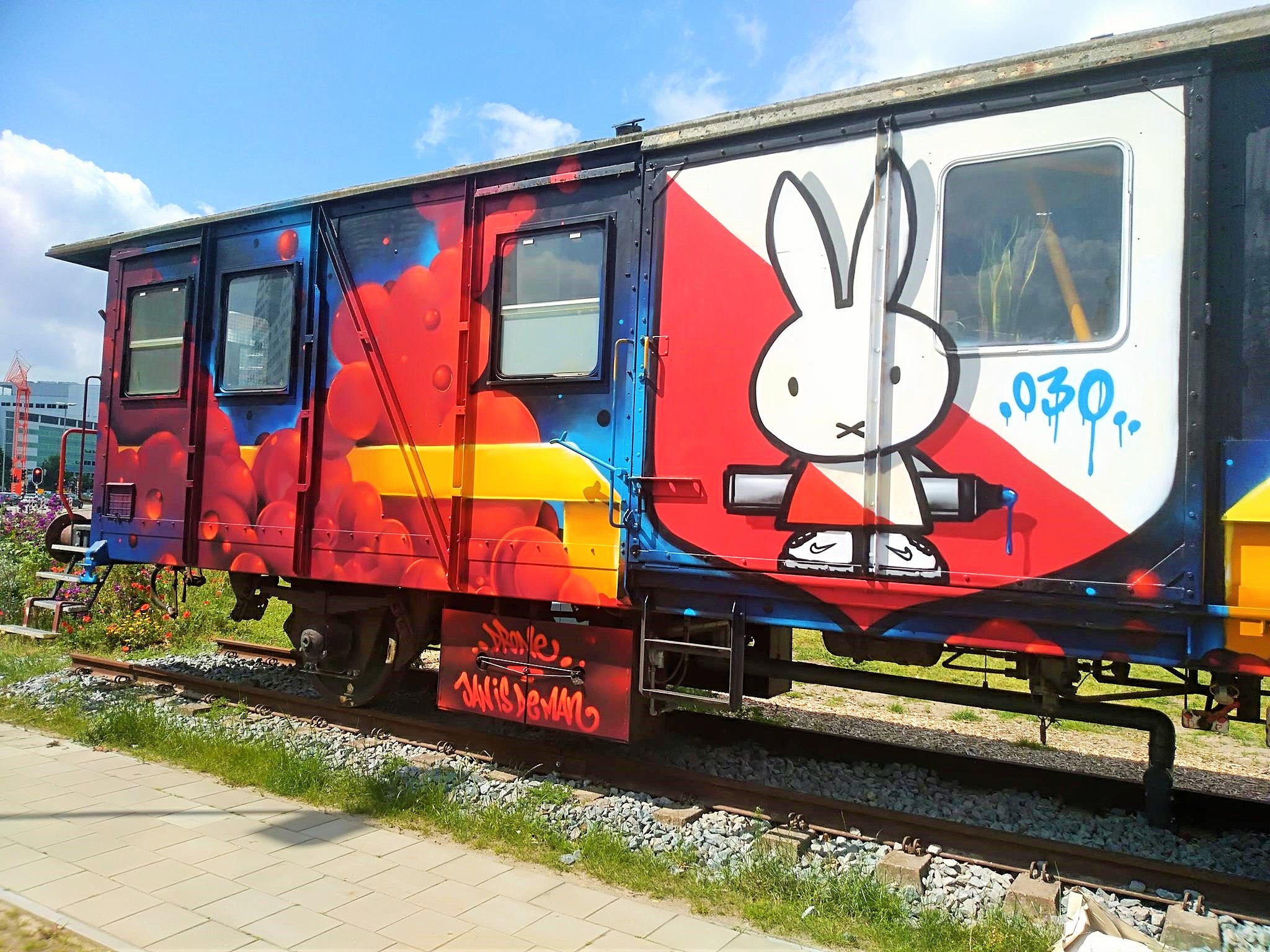 No Utrecht without Nijntje. What thing? Right. Nijntje! Designed by Dick Bruna in 1955, probably only Dutch people know it. In international jargon Nijntje is also known as Miffy in Germany. Any bells ringing? The white cute little comic rabbit Miffy. The drawings are very minimalistic and are limited to the most necessary black lines and some basic colours for filling surfaces. Beside the museum there are also some spots in which different Miffy figures are placed. Add to that graffiti in Miffy style and it looks like Miffy is all over the place. Fits perfectly into the cityscape and has high recognition value. 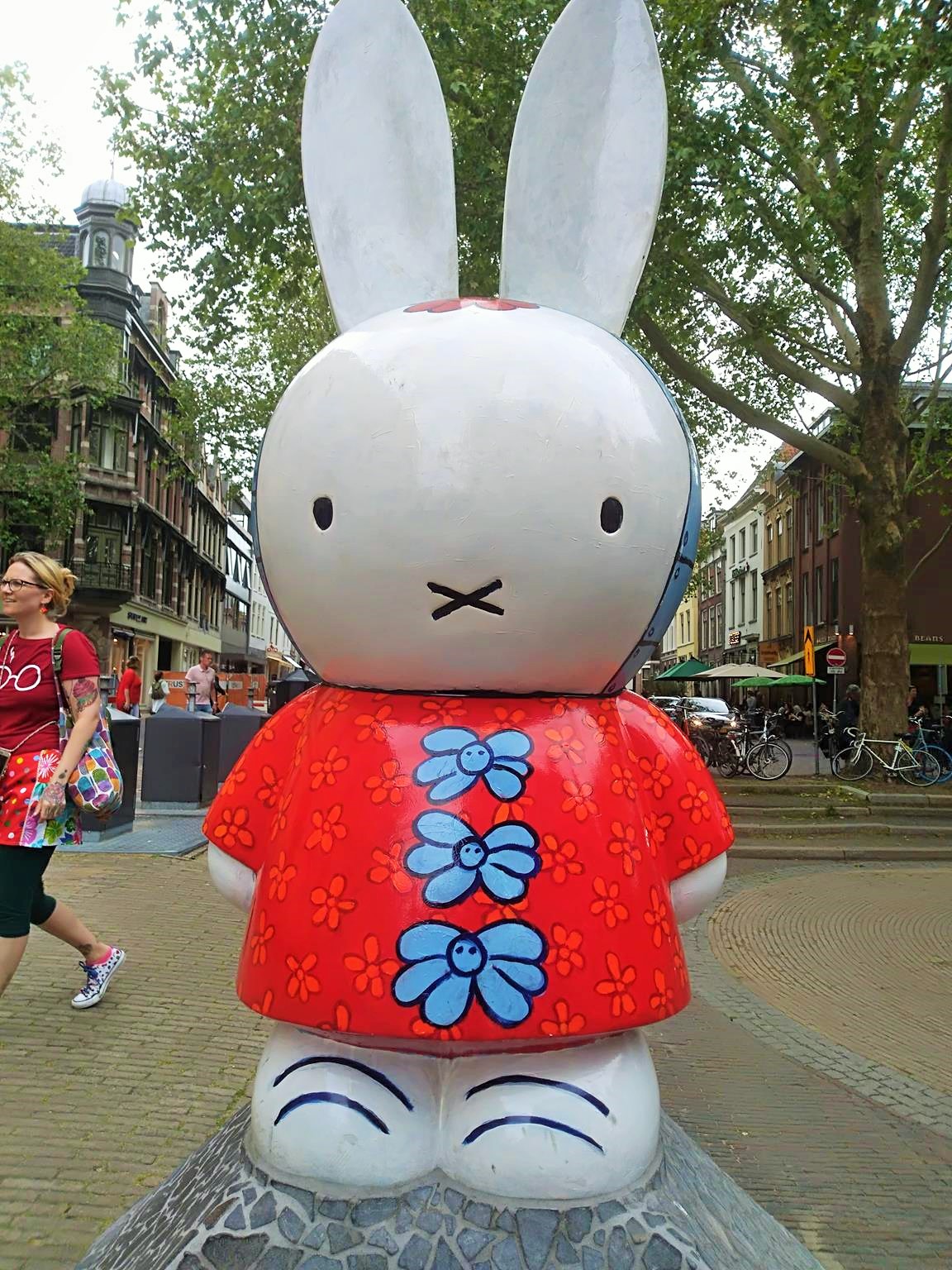 The fans of the football club FC Utrecht fought impressive, artistic graffiti wars with the supporters of Feyenoord Rot-terdam. Some spots in the city show the “Kabouter”. That´s an imp with the “red” triangle as cap and the “white” beard. A trademark in the colours of the club. It can be seen in artistic paintings or simply behind ledges all over the city and was designed by Utrecht graffiti artist KBTR. At outdoor football pitches you will also find murals with football themes and about FC Utrecht. 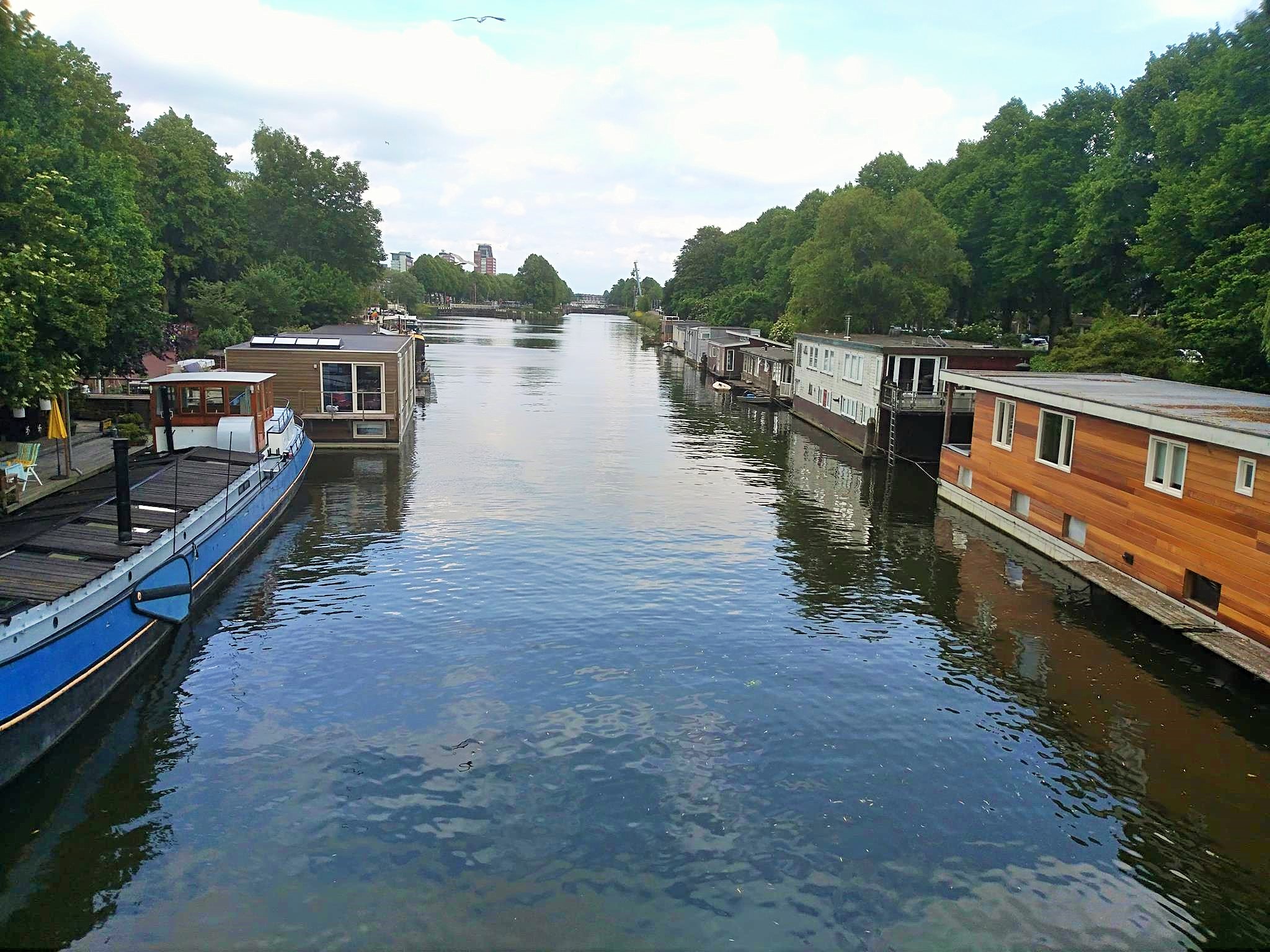 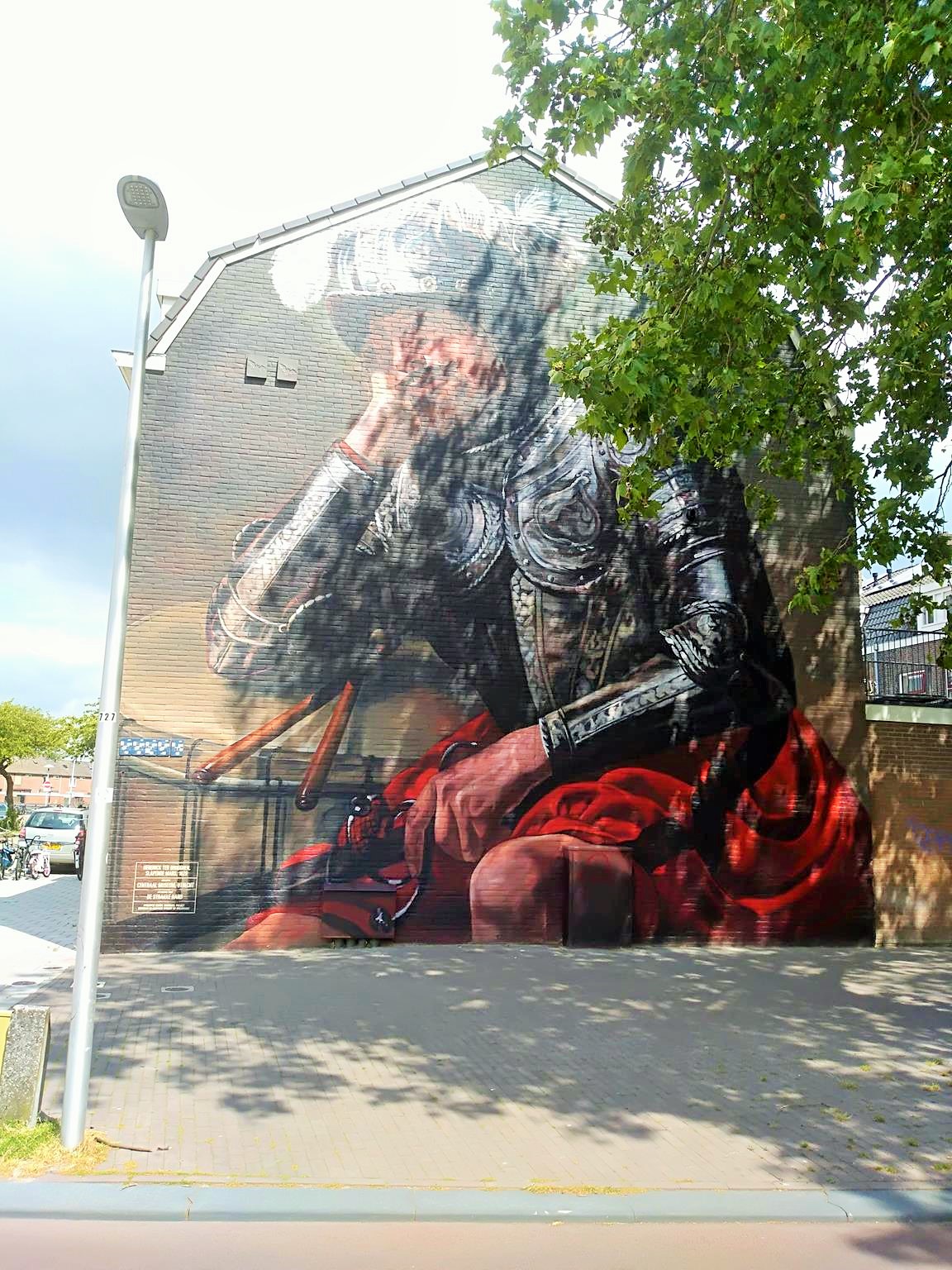 The Italian painter Caravaggio from the 16th century also was inspired by Utrecht and left his influences in the town facades. Some current murals like “The Lute Player” or “Mars Asleep” are motivated by his style. “Mars Asleep” or also called “The Sleeping Knight” represents the Roman god of war. The original painting was actually painted during the 80-Years-War against the Spanish and was completed by a student of Carvaggio named Hendrick ter Brugghen in 1629. The new edition of “Mars Asleep” is a fascinating detailed mural. The artist De Strakke Hand painted another awesome spot in Westplain. Excellent work! 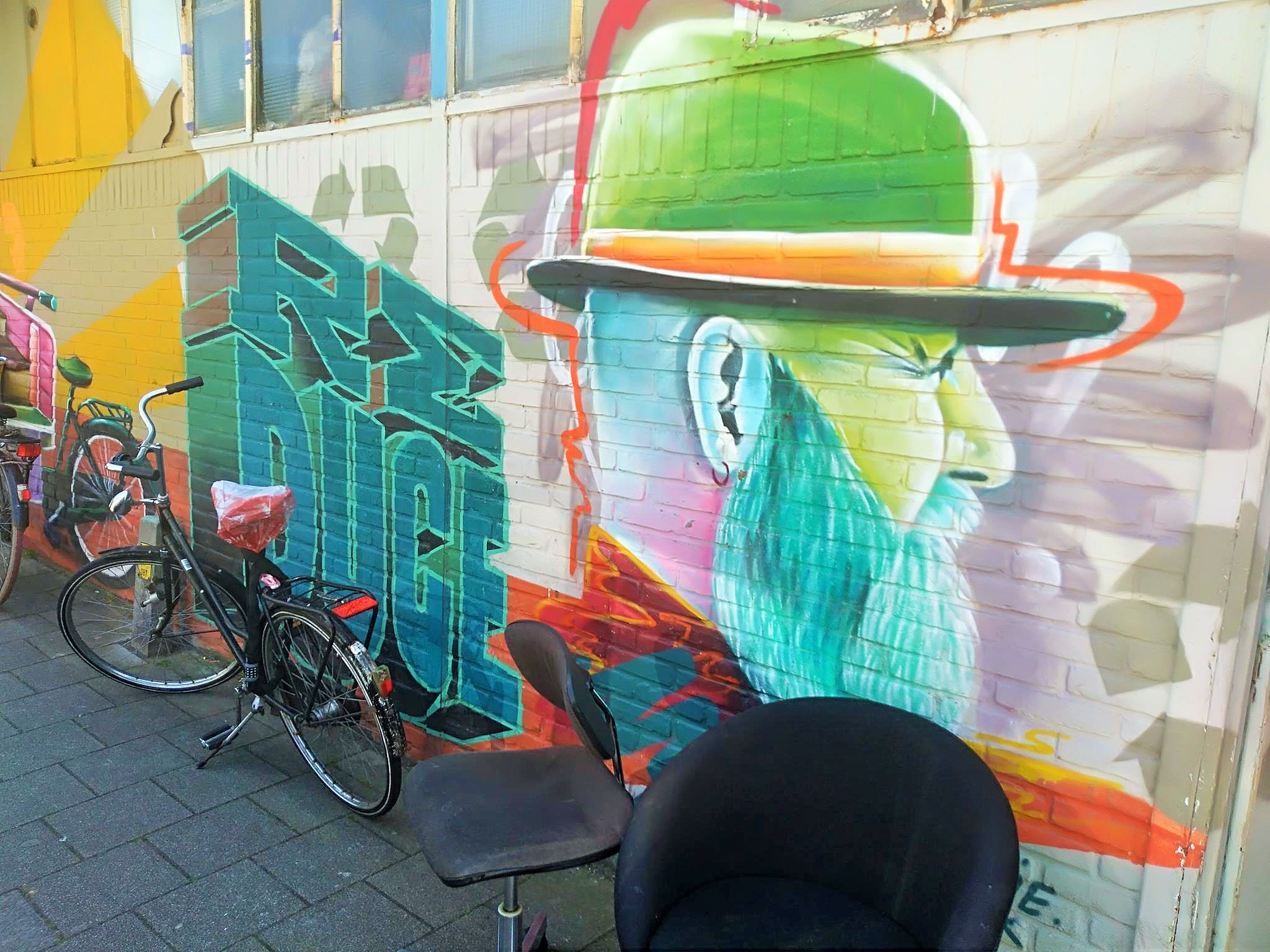 On the whole, there is a lot more going on here in Utrecht. For a short impression and appetite stimulant this should be sufficient. Ideally, you will make your own picture of the city. There are also Pott and Brouwers in Utrecht. Just that aspect should be a reason to stop by. 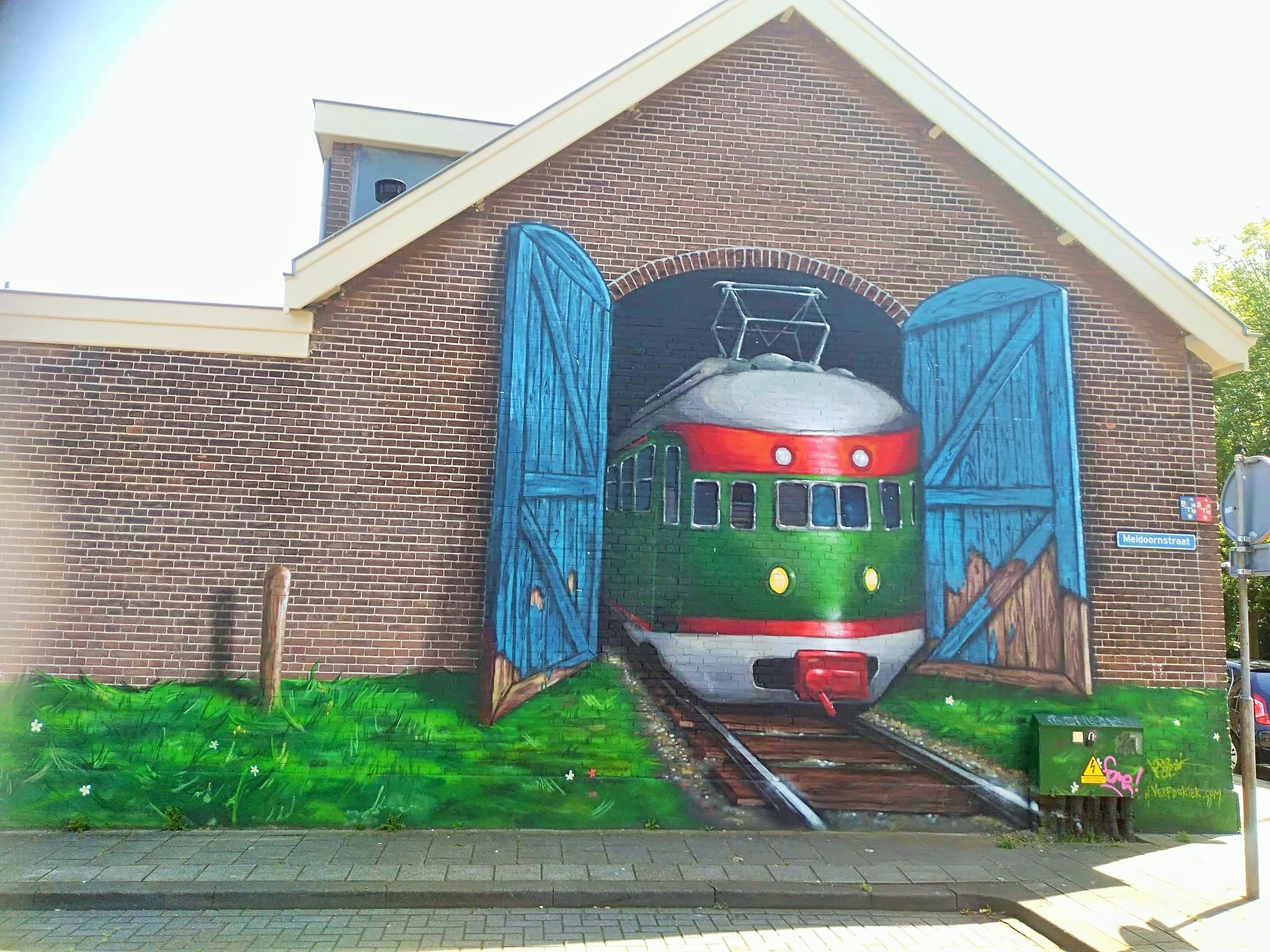 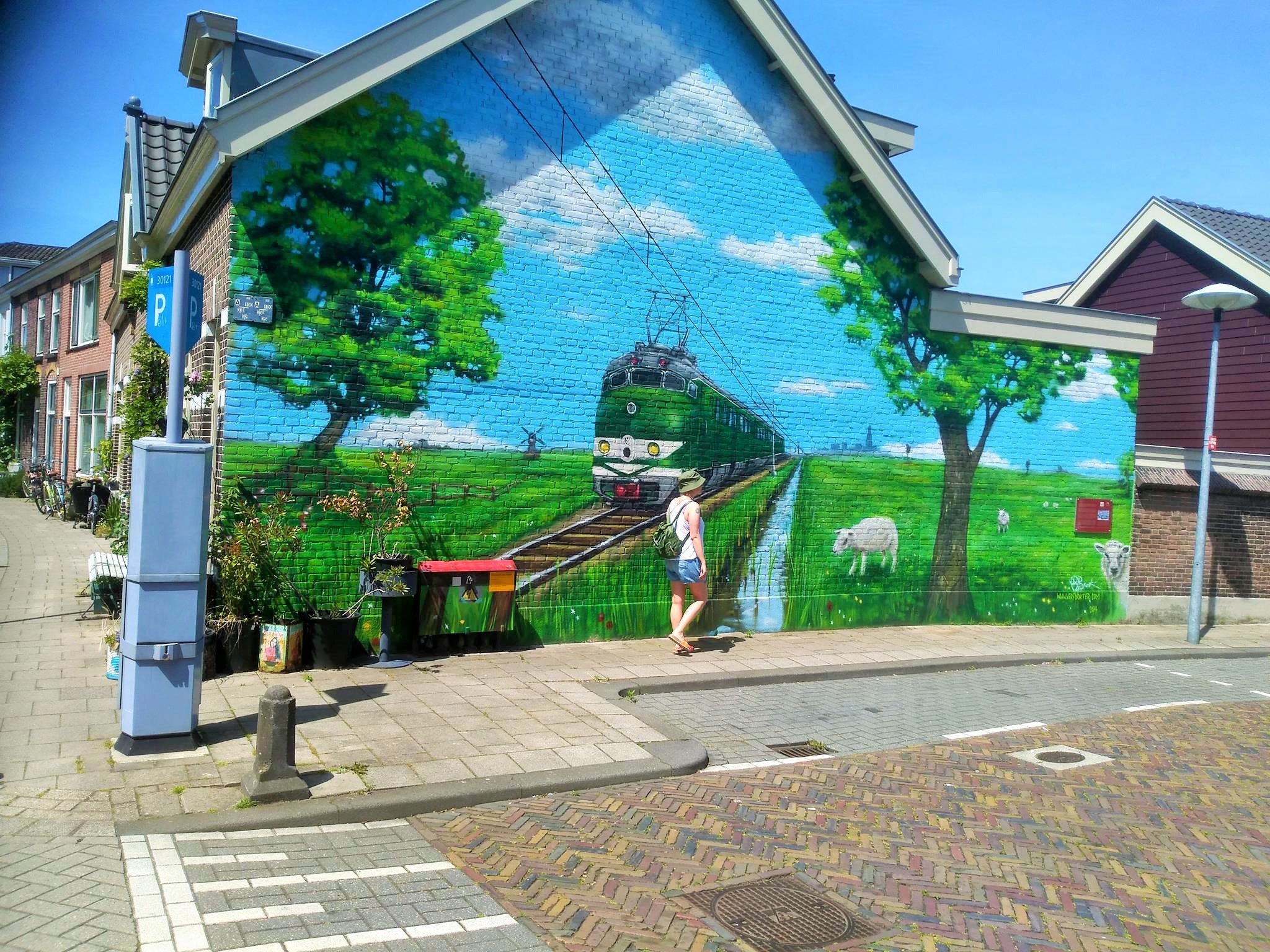 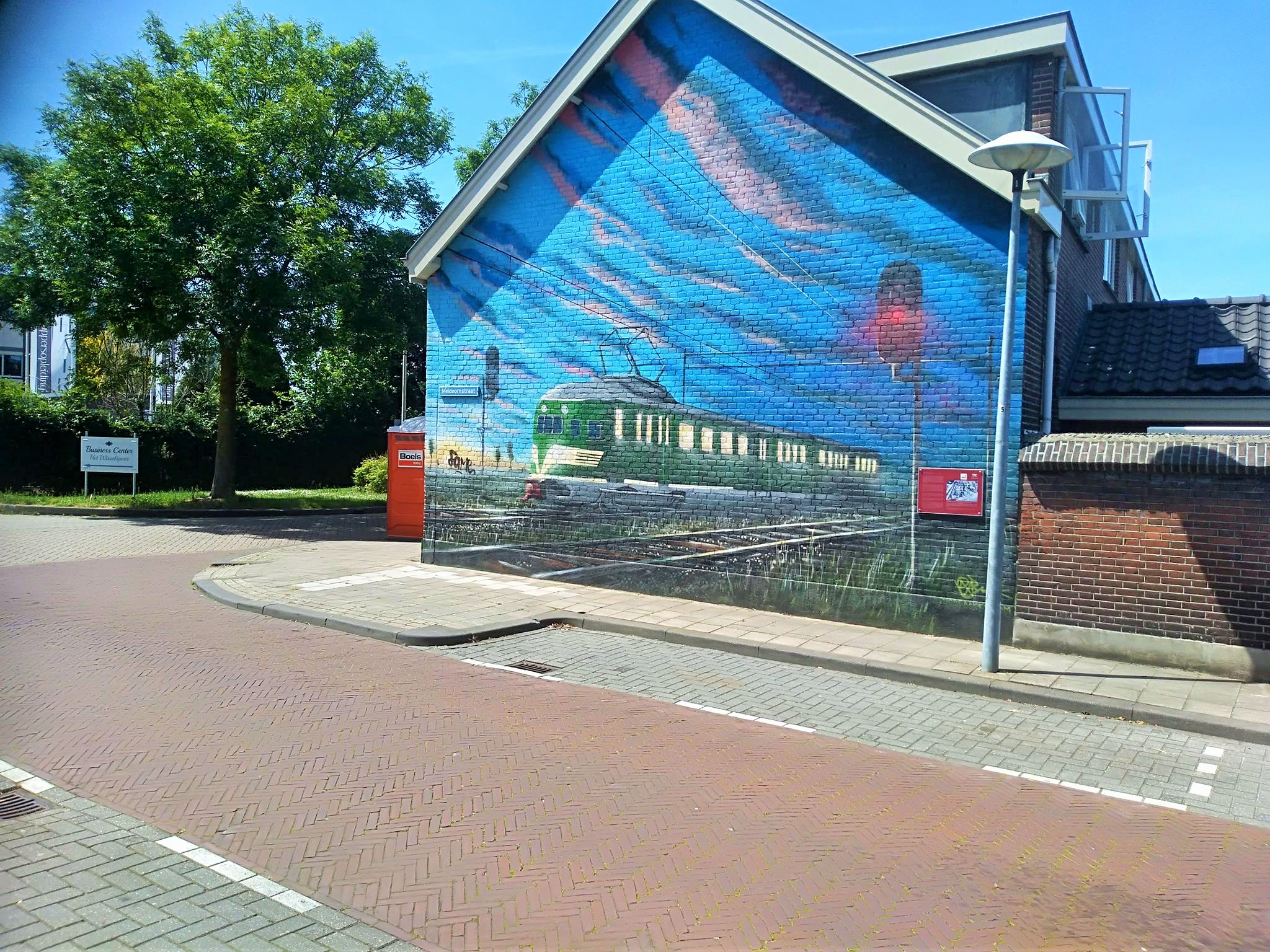 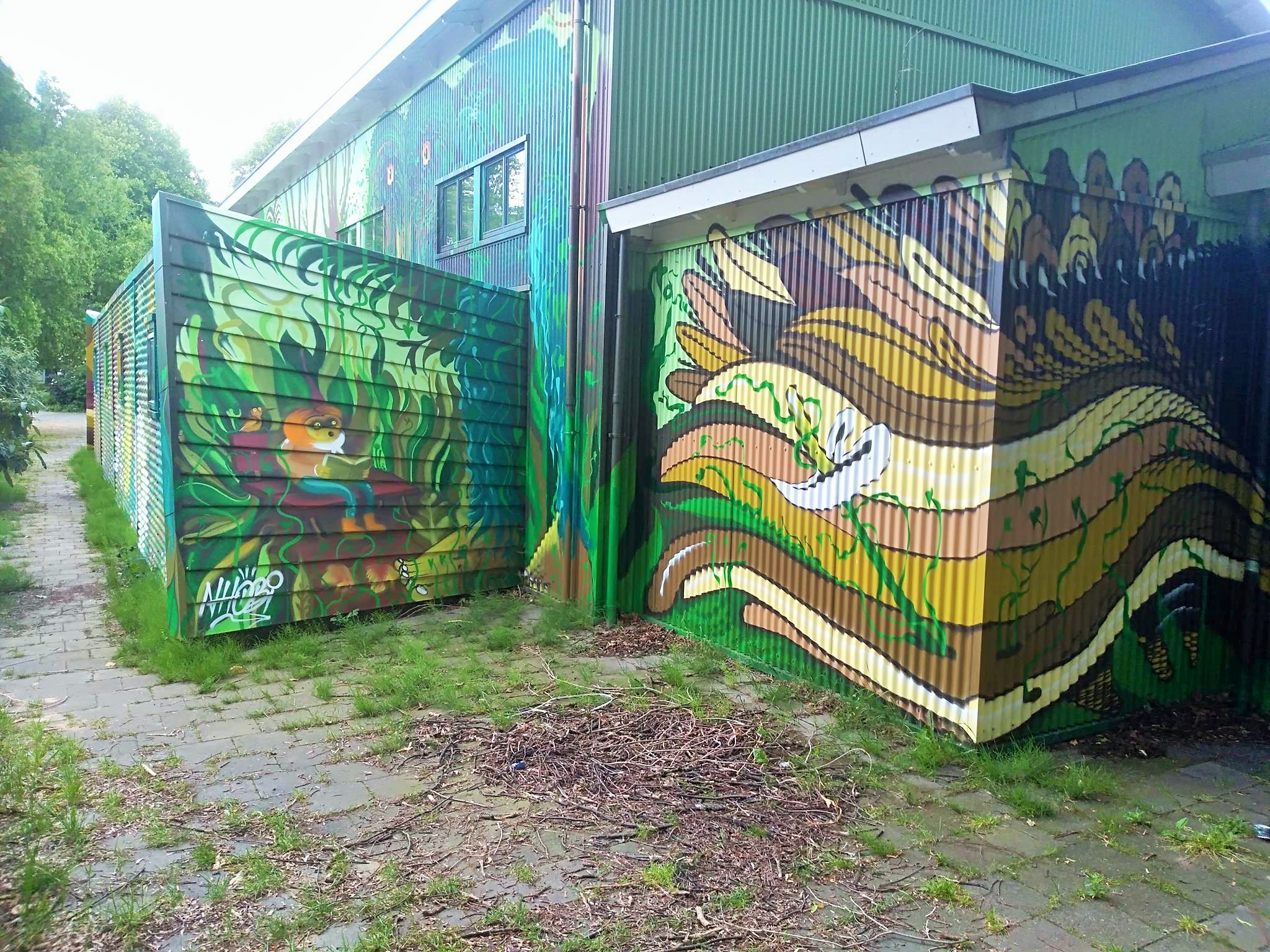 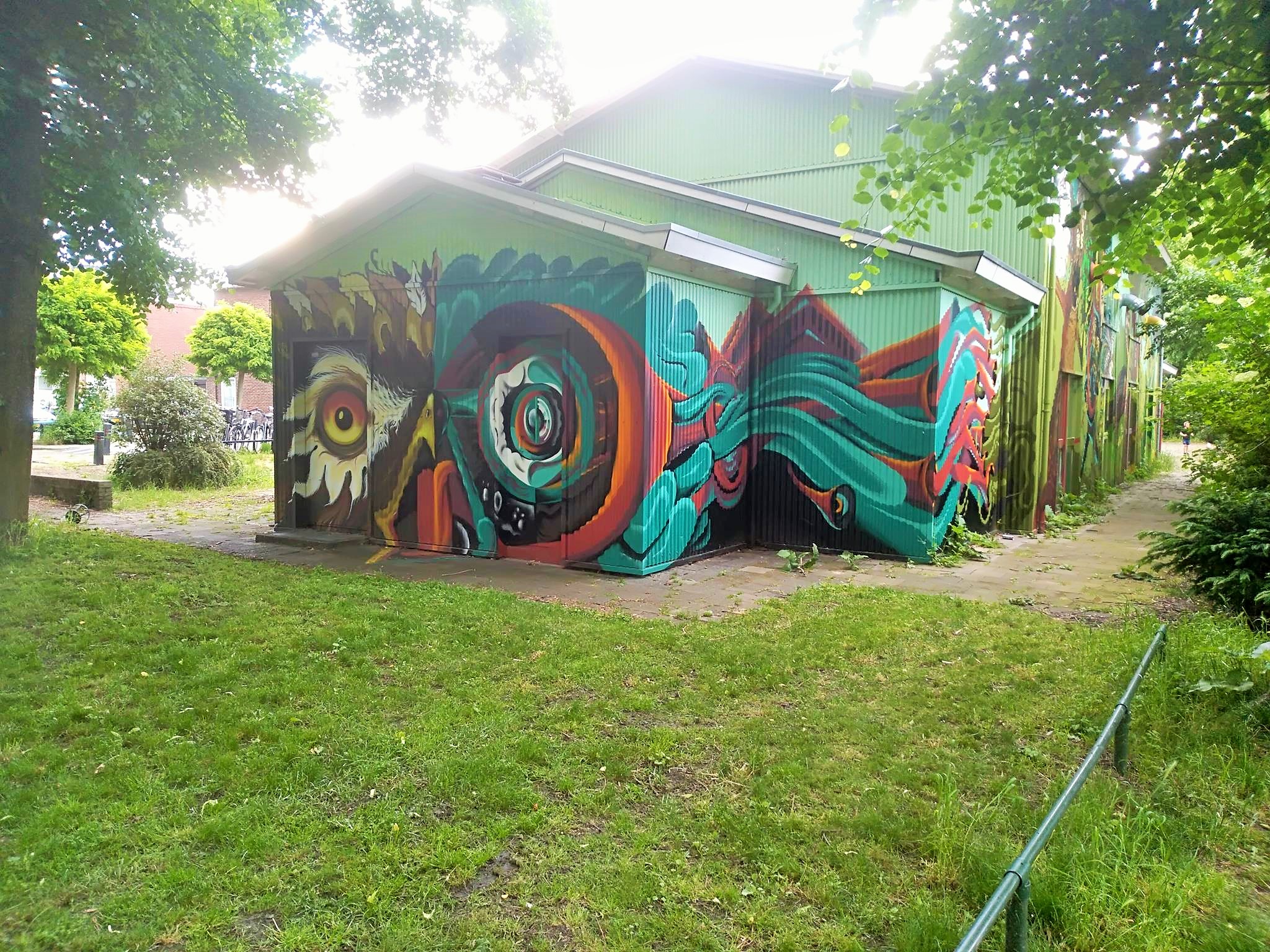 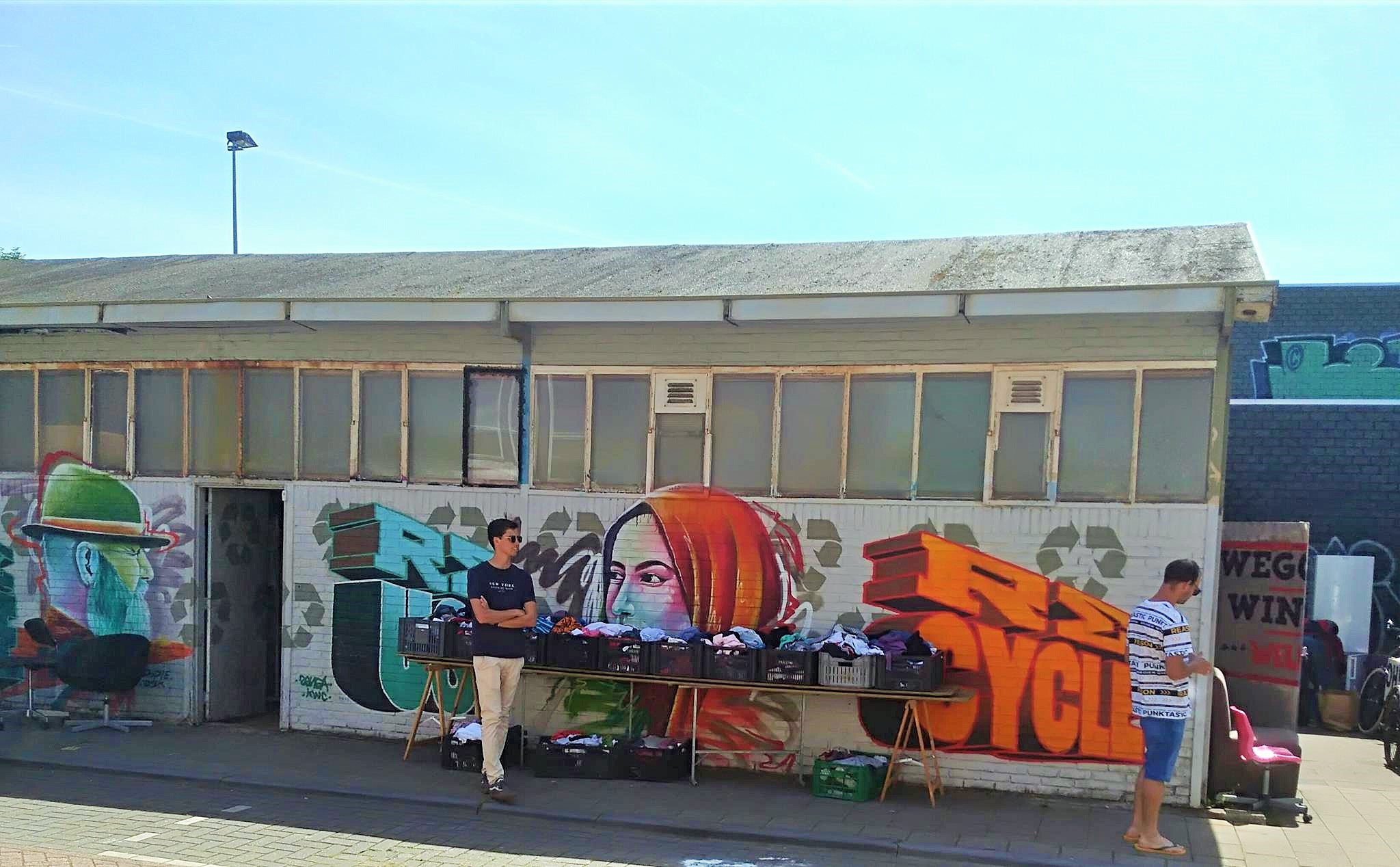 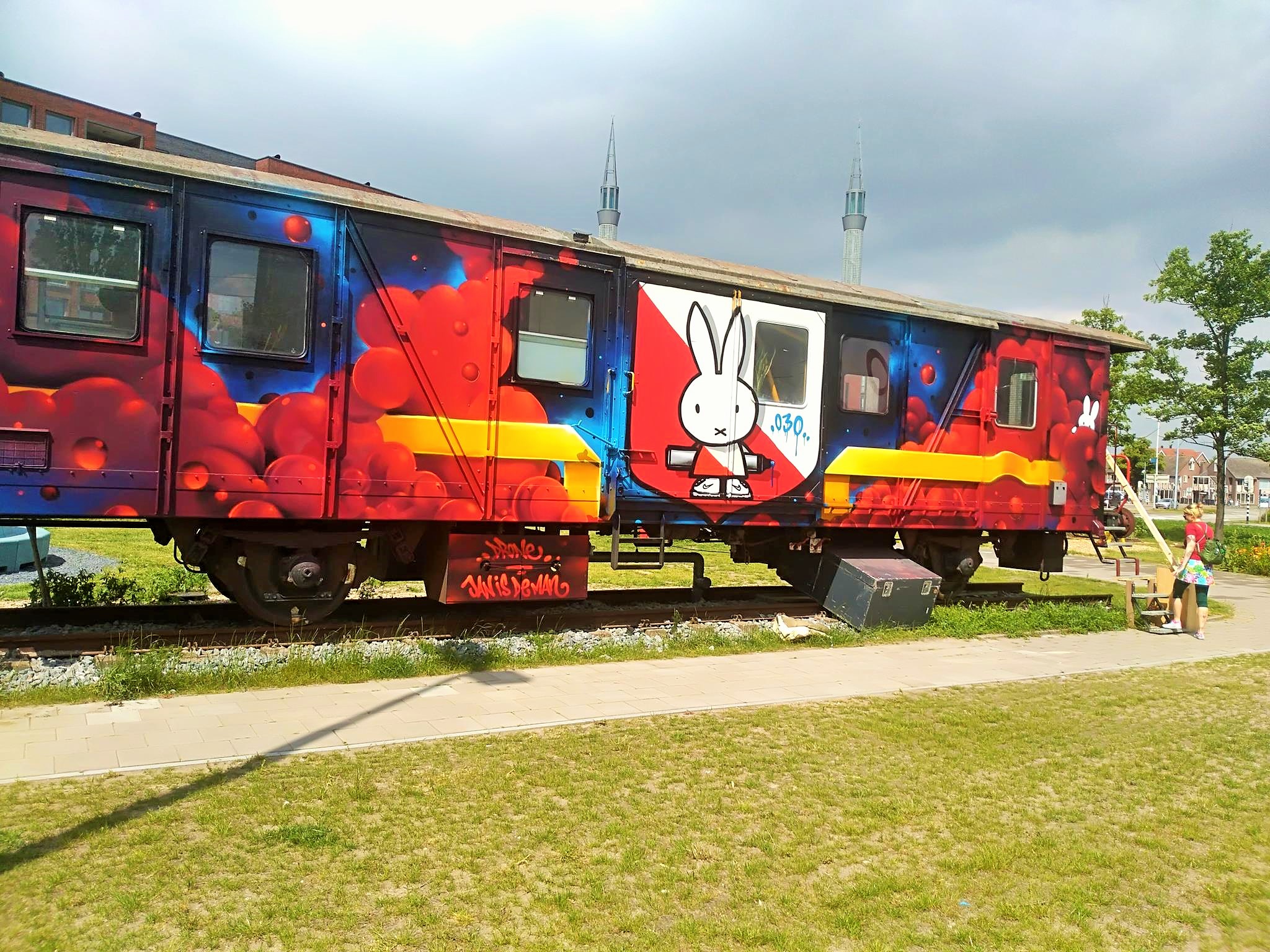