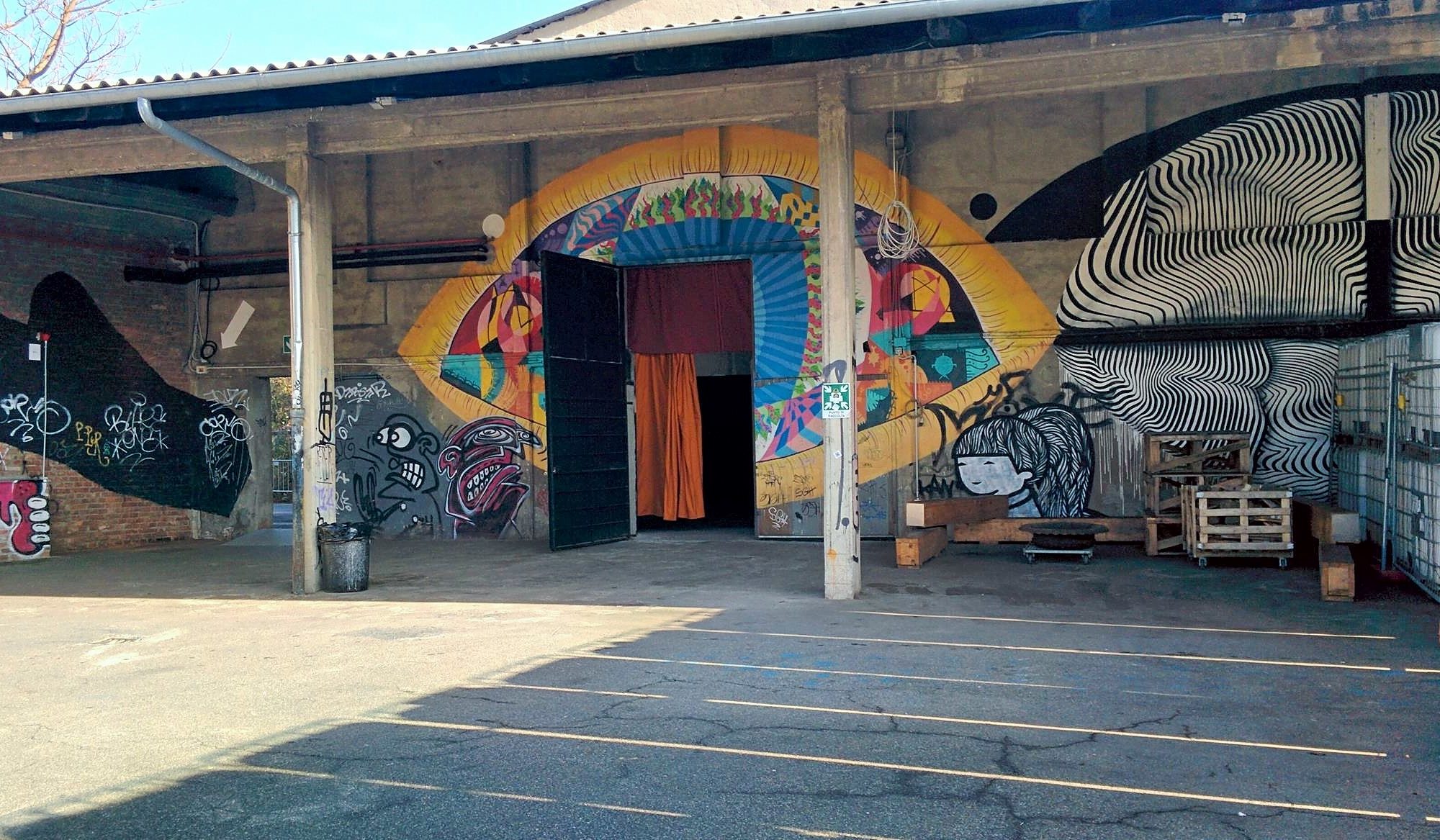 The Bunker in Via Quittengo 41 in Turin is a metropolitan cultural center next to the great urban void of the former Vanchiglia railway yard. Here we wonder about the possibility of redeveloping an urban portion starting from a cultural project that integrates, in a single place, experiences of encounter, creativity, well-being, education and participation. The Variante Bunker association, the ASD APS Variante Bunker Sport and the owner Tre Prima take care of the activities and programming. 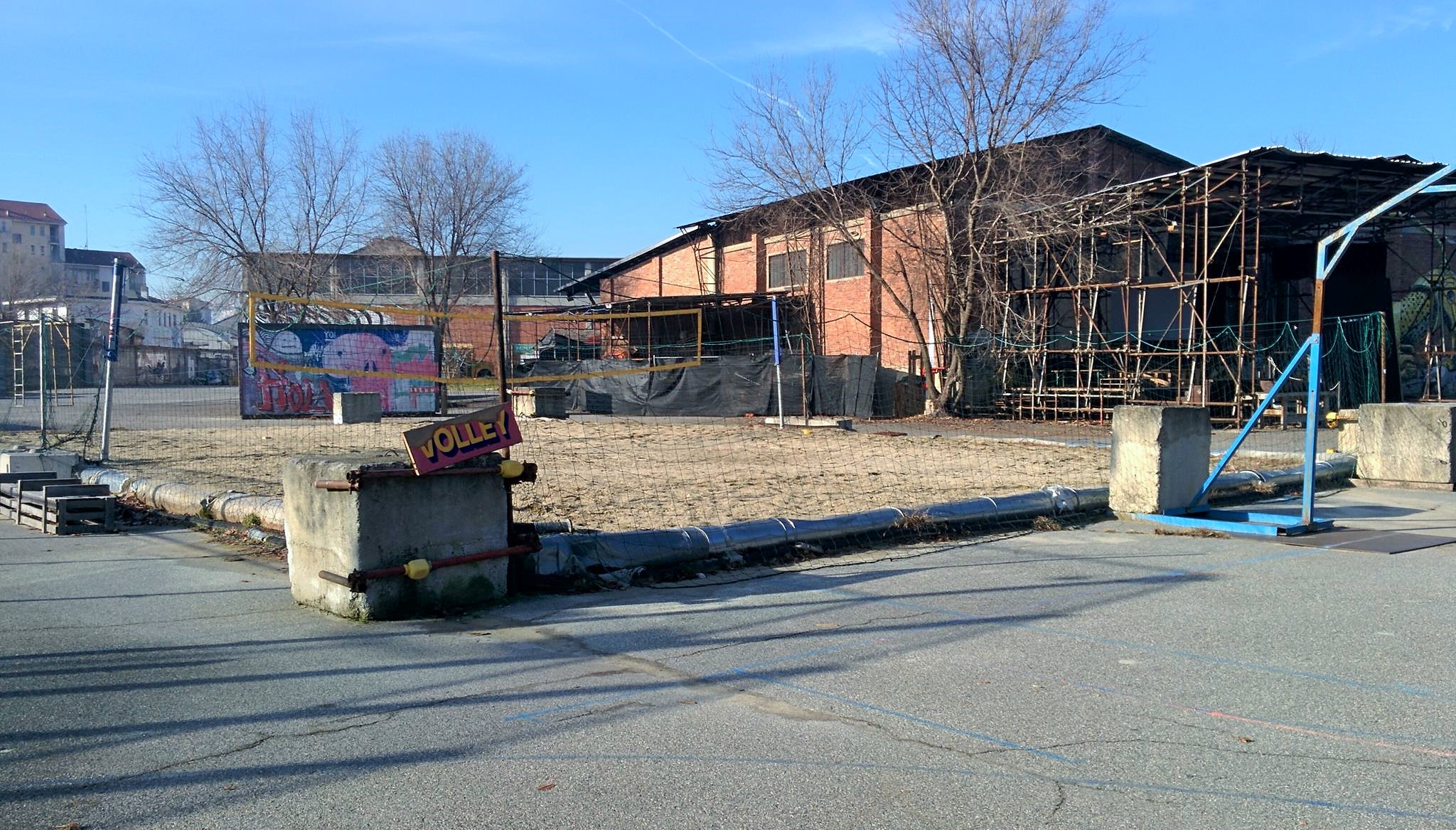 It is a neighborhood rich in contaminations, cultures, arts and crafts. Here, the cumbersome urban void left by the former Vanchiglia railway yard has for years been the subject of an ambitious, albeit postponed, process of urban transformation, the infamous Variante 200. On the side, the buildings of the former SICMA (Italian Society of Soft and Related Construction) plant, which entered into business in the 1920s, became the property of SIP in 1950 and of ENEL in 1964, owned by Tre Prima since 2007. these, there is the air-raid shelter for the workers of the airport during the Second World War: a bunker with a capacity of 130 seats.

In the summer of 2012, the Urbe Urban Regeneration association, consulted by the owners, became interested in the former Sicma to reinterpret its productive vocation in a more contemporary and creative perspective. Thus, starting from the Sub Urb Art 2 urban art festival, interest has sparked on the potential of these spaces and, since 2013, Bunker has become a project and a living place for the enjoyment of urban culture which, year after year, it is renewed with interdisciplinary practices and experiences. Today it is the synthesis of a mix of functions and activities in approximately 25,000 square meters colonized. Initially played by artists and creatives from all over Italy and the world, which the Urbe association has supported from curating to production, Bunker soon becomes a point of reference for pioneering projects.

In 2013 the new layout of the first shed takes shape which, until today, is one of the reference destinations of Turin clubbing, inspired by a hybrid model between club and multifunctional art space. Over the next two years, the association and the property jointly plan ambitious refurbishment interventions on the vast uncultivated land. Thus, on the one hand industriousness and resourcefulness and on the other hand excavations, movements of the soil and deforestation allow the creation of plots that will make up a 3,500 square meter vegetable garden and in the remaining an artificial basin for the practice of wakeboarding (to be exact the first wakepark in a city center throughout Italy). Since 2015 the activities and spaces have been open to the public and, in a continuous work in progress to date, they will be transformed into a scenographic outdoor urban space designed for well-being and leisure between playing fields (padel and beach volleyball). , climbing wall, outdoor stage for summer festivals, convivial spaces for catering.

Today the Variante Bunker presents itself with a transversal and interdisciplinary identity (art, entertainment, sport, nature), gradually built over the years on a hybrid sustainability model, with a view to visionary and future-oriented design, sustainability and recycling. –  Associazione Culturale Variante Bunker

On the website you can find all the projects, events and involved actors. Here we show you the fantastic artworks created at this creative place sorted by artists with subpages.