The works of art at the Lichtenberger Bridge, or rather the meanwhile “one” great work of art, was started in 2009 and has now become a huge coherent masterpiece. It is probably the largest of its kind in all of Berlin with over 1500m². It was painted and worked on for seven years and more than 100 teenagers and young adults implemented this plan in six sections around the Lichtenberger Bridge. Be sure to also have a look at the post on the related works under the bridge and on the west side of the complex. 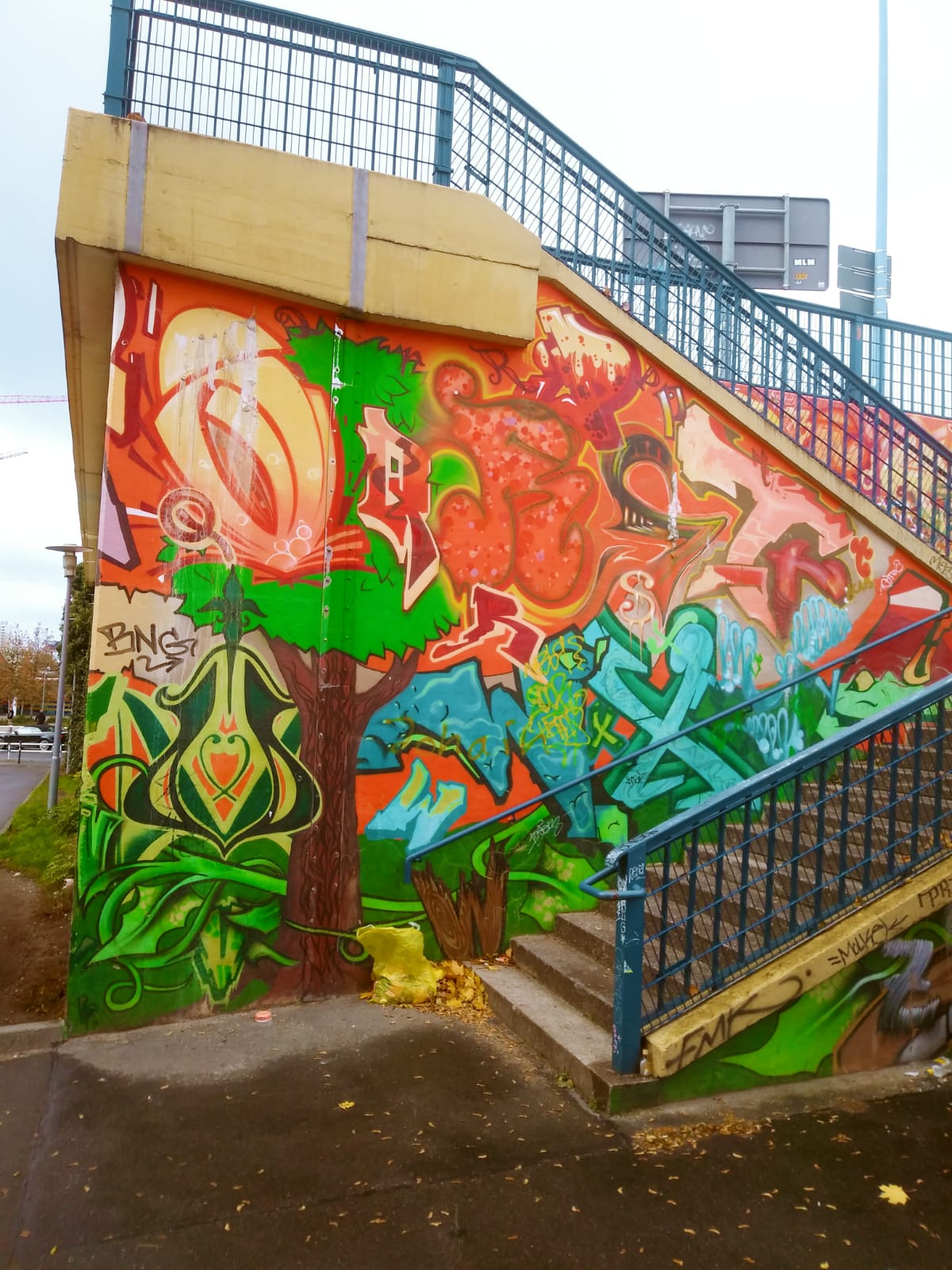 Creator of the project is the LICHTENBERG GRAFFITI CREW which mainly consists of six members but many others have contributed through the years. Initially the street workers from GANGWAY e.V. brought the group together in its current form. In addition to the painted Red Cross building and the large work of art at the Lichtenberger Bridge, the crew has delivered more than 20 other works in recent years and they did the colorful projects mostly together with children and young people from the Lichtenberg neighborhood. 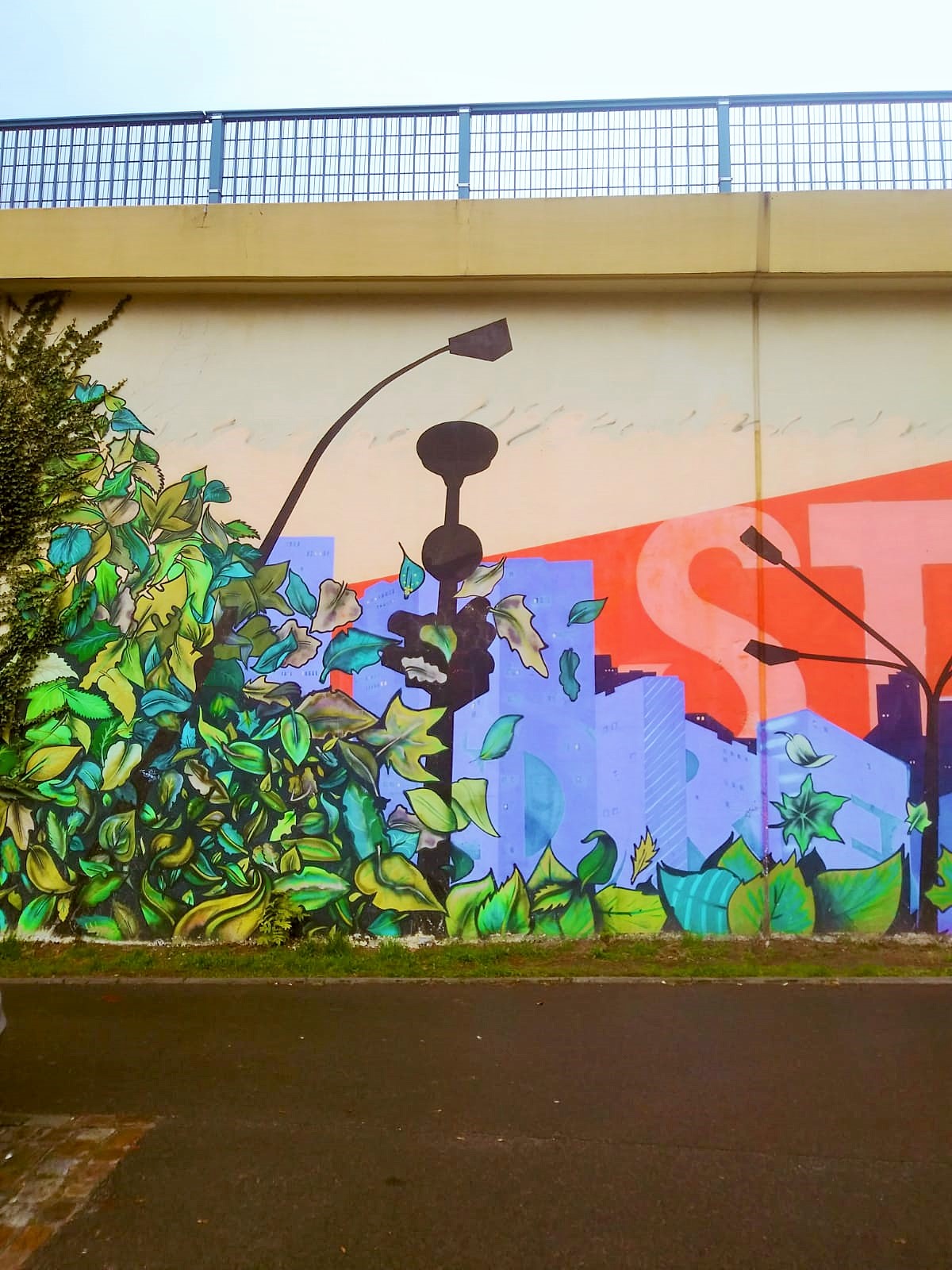 Young people from New York, Melbourne and Amsterdam also worked on the enormous project at the Lichtenberger Bridge. There were also sprayers from neighboring districts such as Marzahn and Friedrichshain. A hip hop project initiated by GANGWAY e.V. resulted in an exchange with New York graffiti artists and private contacts of the Lichtenberger crew led to a Australian participation. The municipal housing association Howoge supported the implementation by sponsoring colors and financial aid. 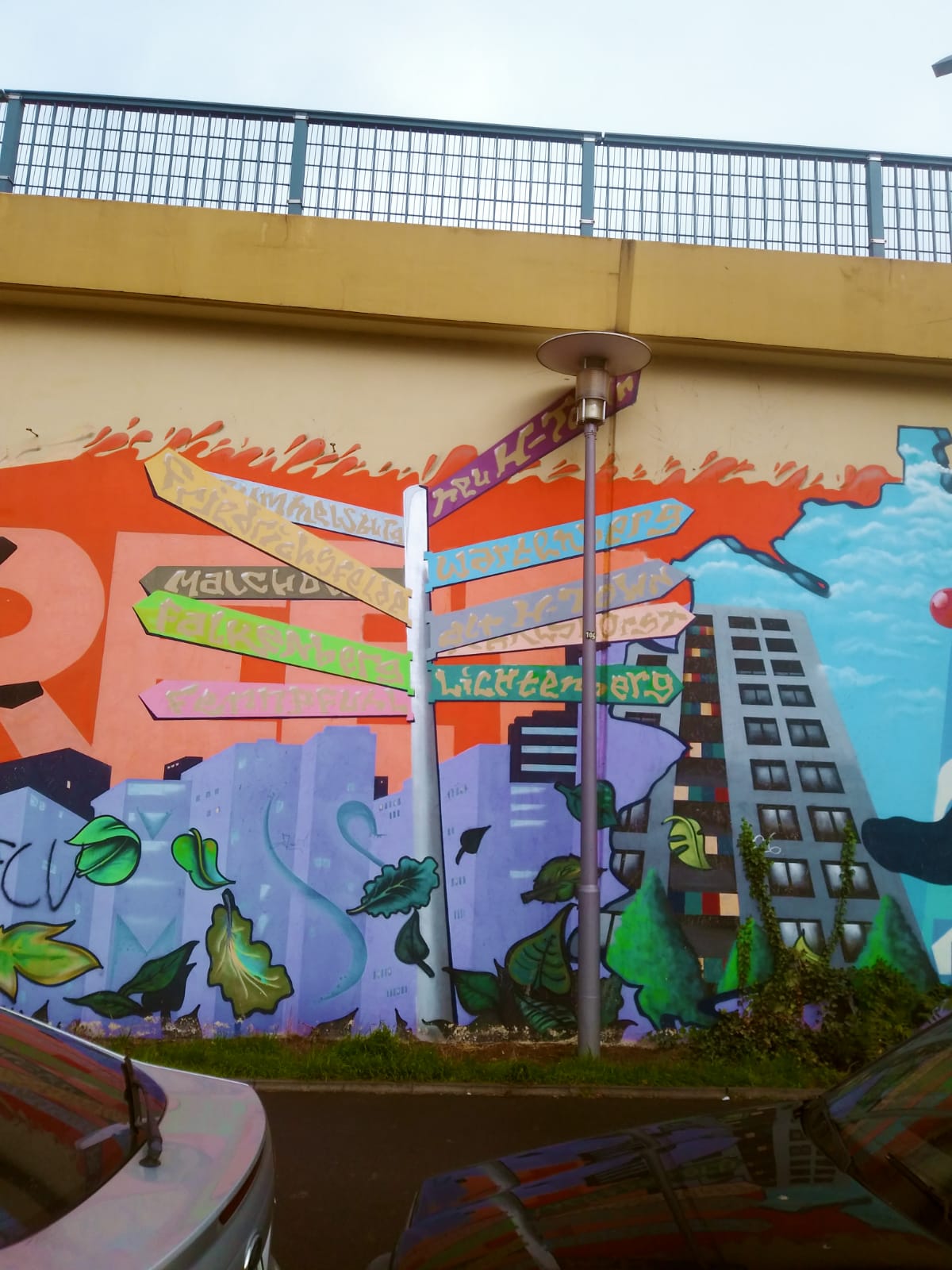 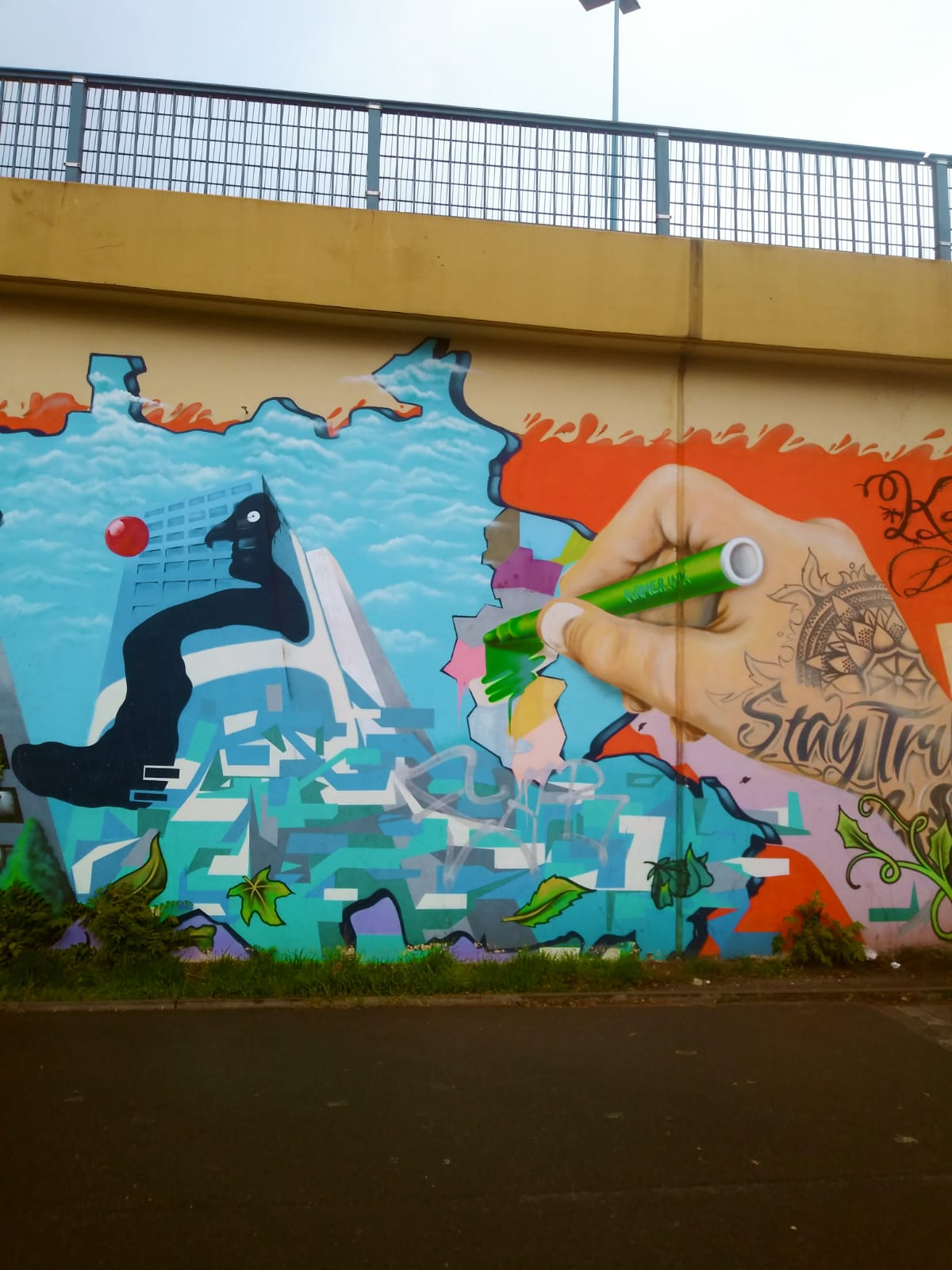