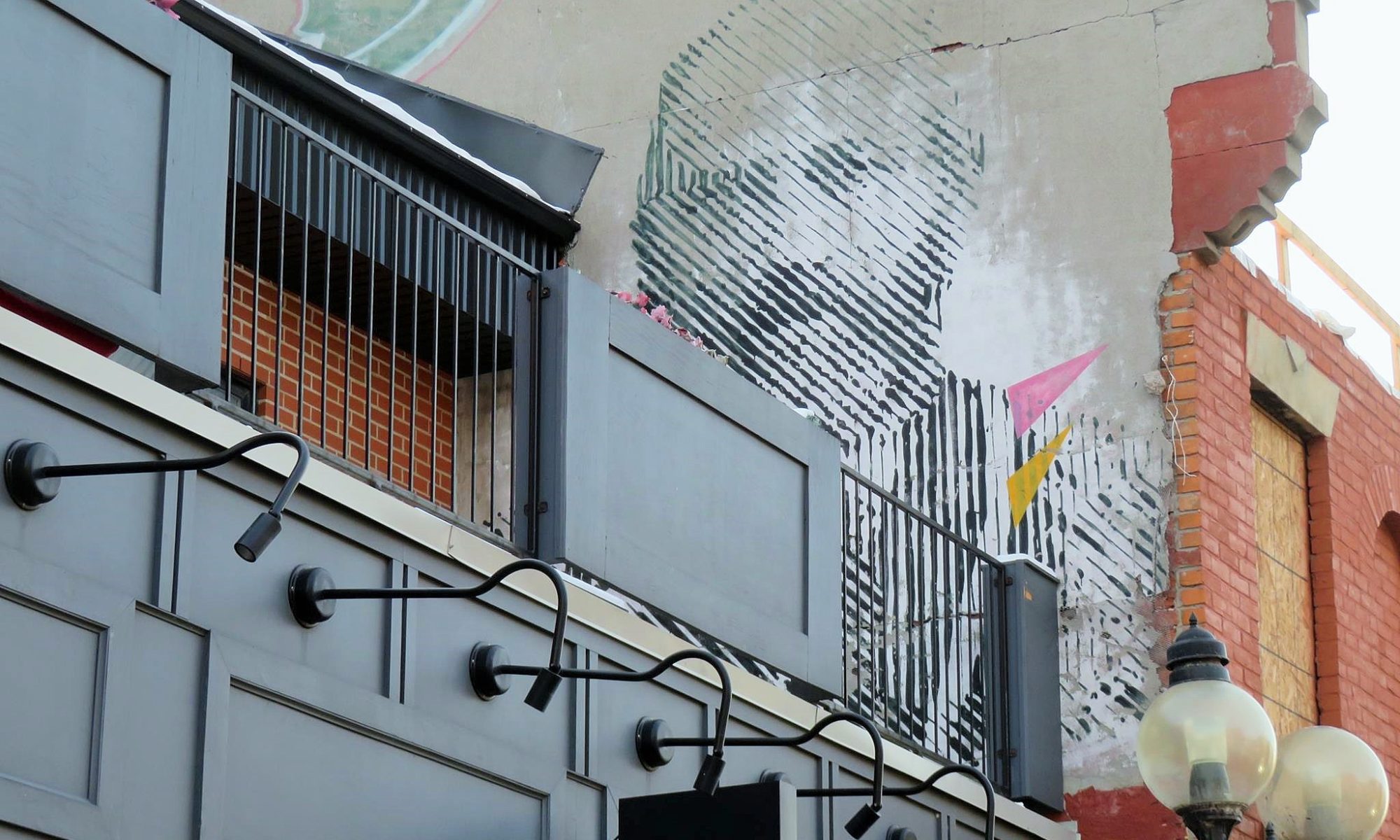 This beautiful piece is made by the artists ANDREW ANTONACCIO and FILIO GALVEZ, together they form the creative duo 2 ALAS. I prefer it at night because the artificial light from the street lights brings out the fingerprint style patterns of 2 ALAS better. It is not the most spectacular work of this artist duo, but it gives me the opportunity to talk a little about the interesting surrounding neighborhood. 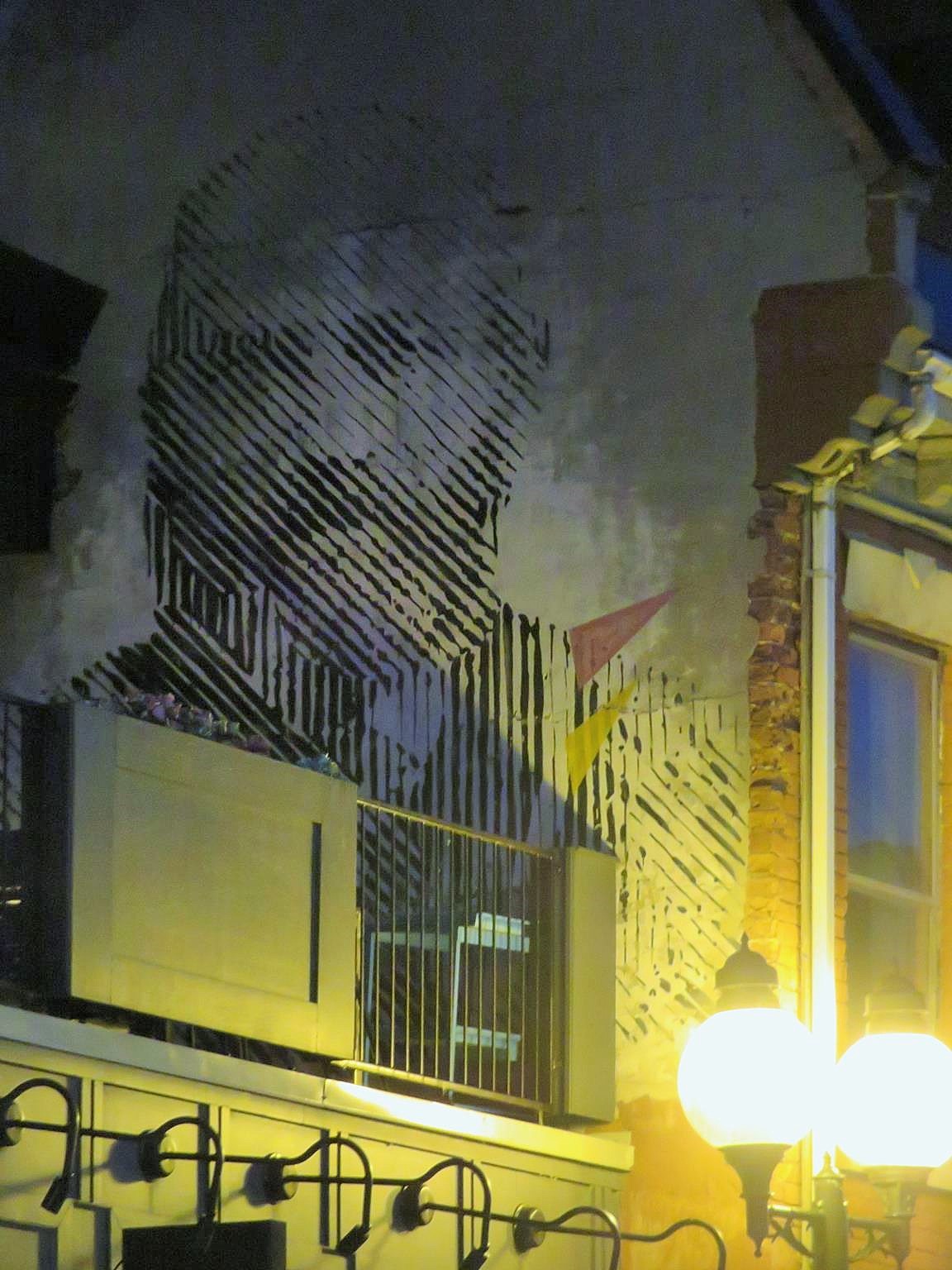 Saint-Henri was originally a village bordered by a small river where tanners were concentrated. The profession gradually collapsed and the city engulfed the small village while making the old river that had given birth to the village disappear under pipes. At the end of the 19th century, a large construction site was undertaken in the area. It involved digging a canal to avoid rapids in the St. Lawrence River. Under the peaks of Irish and French Canadian workers, the Lachine Canal was born.

Saint-Henri then turned into a working-class district because several factories were set up along the canal for reasons of transport and hydraulic power. A modest neighborhood, even poor, the crisis of the 1930s did not spare it. Unemployment is severely rife, public works have undertaken sites to give work to men. This is how one of Montréal’s largest public markets was born in the area: the art deco Atwater market.

During this time, the tonnage and the draft of the ships of goods increasing, the Lachine Canal became insufficient. The neighborhood then began an economic and social decline that would last for decades. The opening of the St. Lawrence Seaway sounded the death knell for the dilapidated canal, which was to remain abandoned surrounded by disused factories for years. The district was reborn at the turn of the 1980s and the canal reopened for the plaisance. The old factories are transformed into luxurious lofts and furnishings, the antique dealers are located on Notre-Dame Street and trendy restaurants and boutiques are opening.

Today, the neighborhood is largely gentrified. Obviously, this process had perverse effects for economically disadvantaged residents. Increase in the price of rents, disappearance of cheap shops, rupture of the social safety net. Efforts are now being made to ensure social diversity in the neighborhood. It’s slow, but great projects are born. Truly an interesting neighborhood. One of my favorites in Montréal. I really recommend going for a walk there for half a day.  –  Patrice Loranger