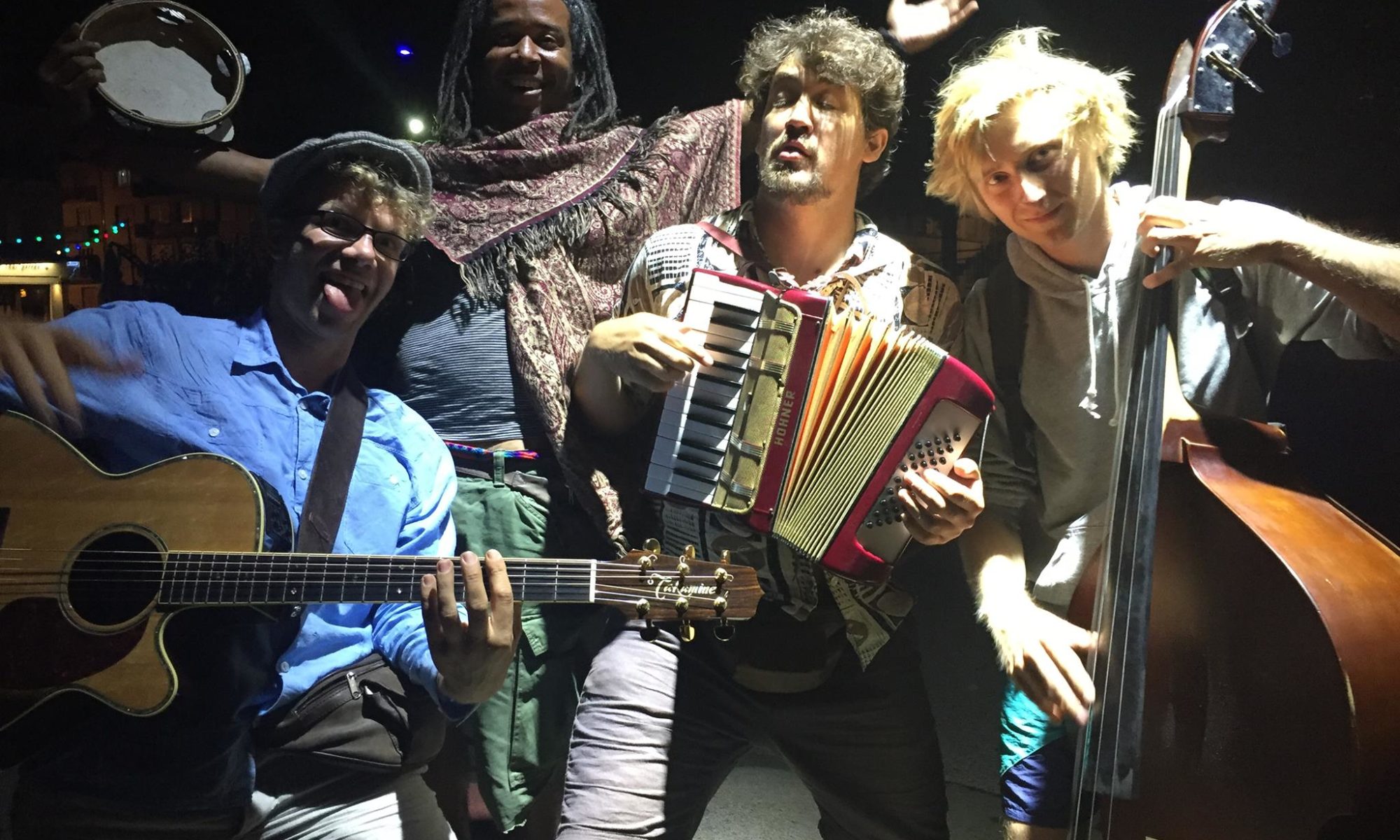 It was once again a very cool radio program with nice guest: We had “La Poche á Trou” in our studio before their concert in the space station Rödelheim! At first I thought, on the way to the station, I would pick up two more musicians, two with guitar. Expected me then but more people with interesting instruments …. After all, we had a big double bass in the studio, drums, just a guitar but someone on the accordion. Together they played French chanson ballads. If you did not hear the program, you will get the opportunity here in the podcast. The band introduces itself and their music, as well as live jamming. 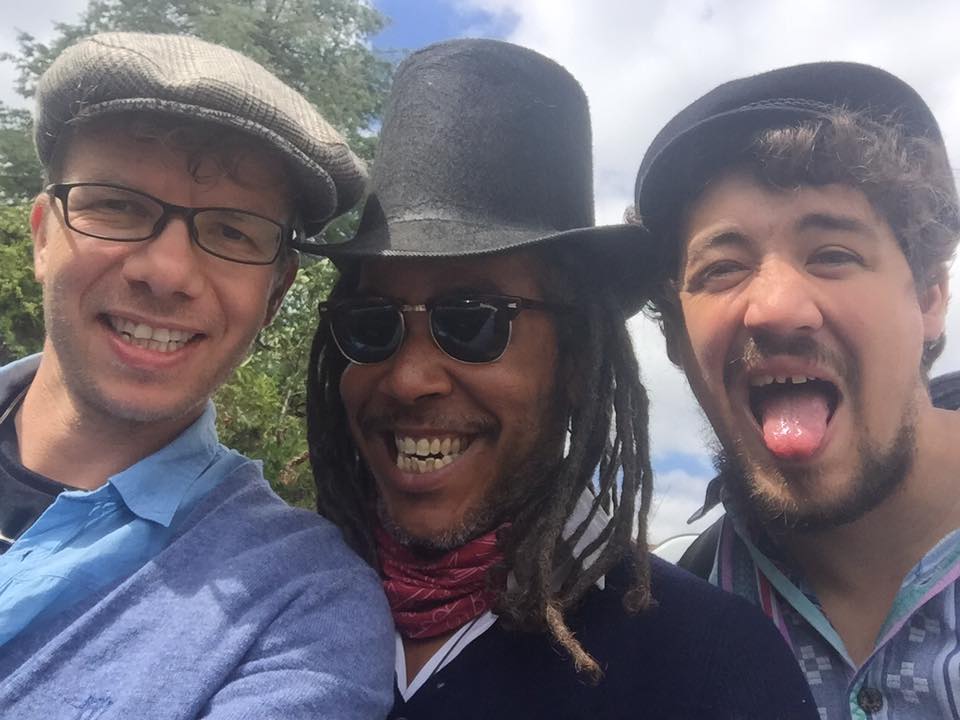 La Poche á Trou describe themselves as street musicians. “If you can play on the street, then you can play everywhere,” the words say. But it’s not so much about the “ability”, but rather about the “willing”. Most of the time so-called street musicians do not place themselves at the crowded corners and subway stops, in order to be able to collect money well there, but just to purposefully break through the everyday routine and loosen up something or even stir up. The passers-by should be torn from their thoughts and their routine, take some time for the music and at a stay, forget their worries briefly or worry worries. The show of the band has a lot of acting elements, almost reminds of a pantomime appearance, motivates and stimulates already while watching.

Here is a music video for the play “Vesoul”:

And in the evening there was the concert in the space station. La Poche à trou stood on stage. The linguist frowned. La Poche à trou? That was a mistake, a grammatical ambiguity! Certainly, they were not really French … But no matter, they played sassy French chansons with a slight Swing influence – marvelously prancing musette! “Oui oui oui,” whispered the clever man in front of him and rocked in time to the beat. Elliot has charm, sings, like a Bavarian burps and plays the accordion, but always wanted to always make jazz. Did not work out. Jens improvises and likes to cook. His melodious solos, like his legendary handkäs, enrich the music. Edu in the background plays in the foreground. Bum Chak Bang! – He is the man! Competent operation of the rhythm machine. Momo was found in an antique shop. His love of old furniture has led him to the double bass, which he affectionately calls “Grand-Mère”. Finally, we have a video from the live session on the radio for you.