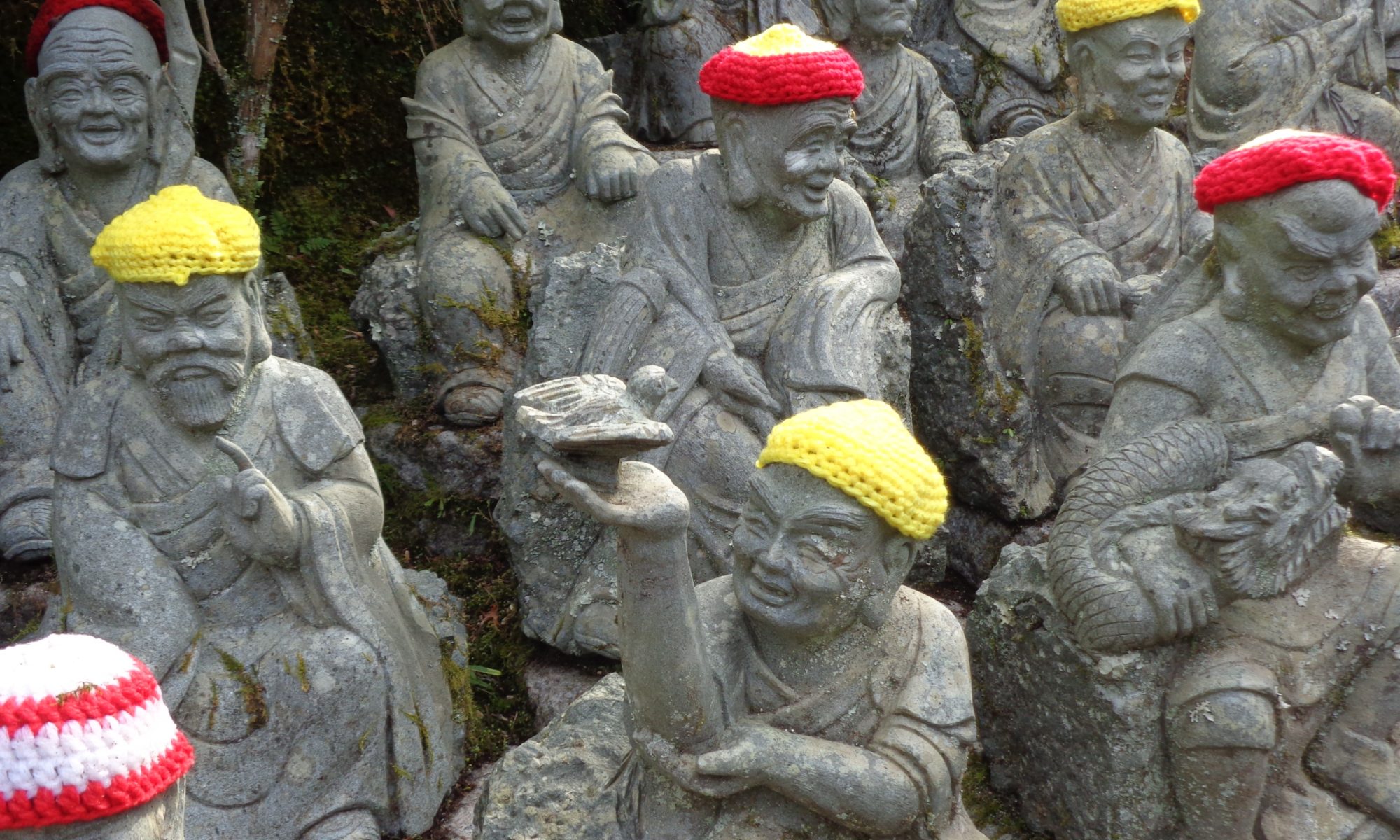 Here is a little story from our Japan-trip about the little funny hippie buddha monk figures we found. After we spend some time in the metropolitan tumult of Osaka, we headed south towards Hiroshima. It started getting greener on the countryside and shrine visits started to become the order of the day. An extensive site was located on the island Miyajima (宮島) which means translated „shrine-island“. The island is packed with temple sites and there is as well the famous Itsukushima Shintō-Shrine ( 厳島神社). 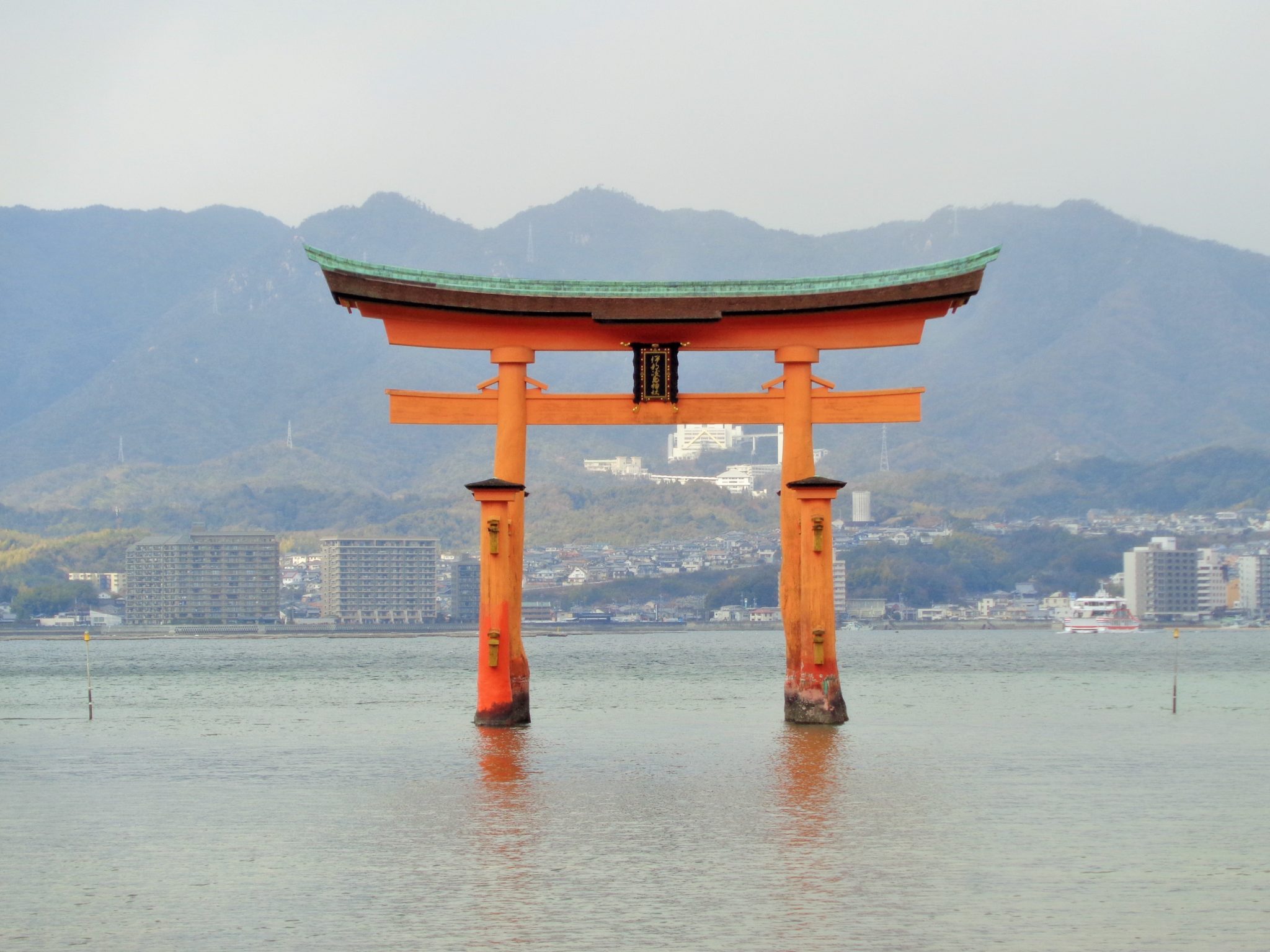 The basic architecture of the shrine was erected in 593. The Great Torii (厳島神社 大鳥居) exists since the year 1168, but they renewed it with camphorwood. It´s only accessible by foot during low tide, during high tide it´s surrounded by water. The main buildings of the Itsukushima Shrine are placed in front of the island on higher platforms which are connected by 280 meter long corridors. When its pillars are in the water during high tide it looks like the whole construction is swimming. The UNESCO announced the shrine and the Torii as a world cultural heritage in 1996. 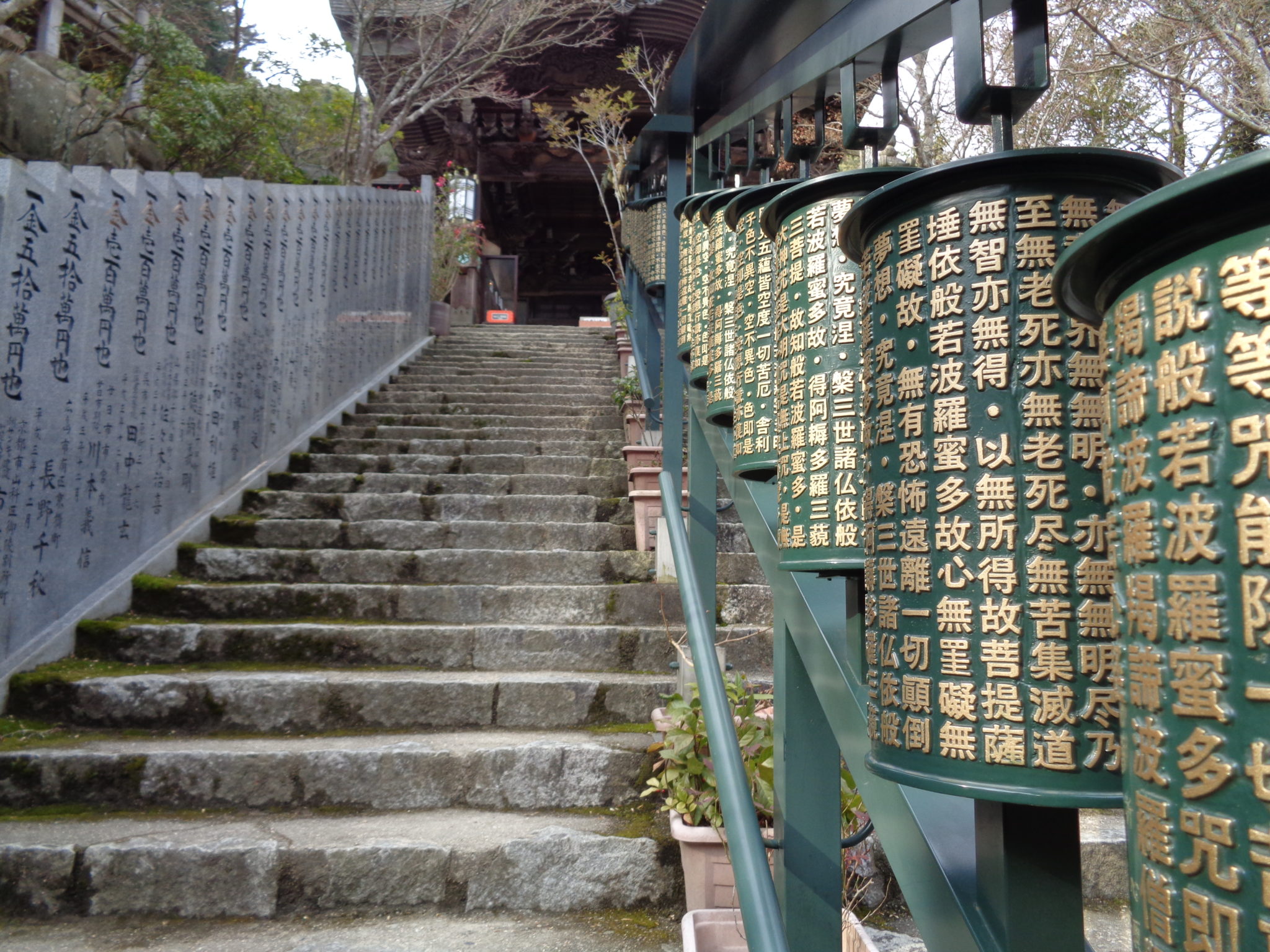 The historical structures are definitely impressive and we spend a sufficient amount of time and attention to it. But actually we have been much more excited and enthused about the lawn-gnome-like mini monks at the Buddhist temple Daishō-in ( 大聖院) which we found near the bushes, in a flower bucket or next to a house. These statues shall bring luck, fortune and happiness. The visitors – so called pilgrim – put in some coins by a ritual next to, above, around or just on the figure to receive this luck energy. 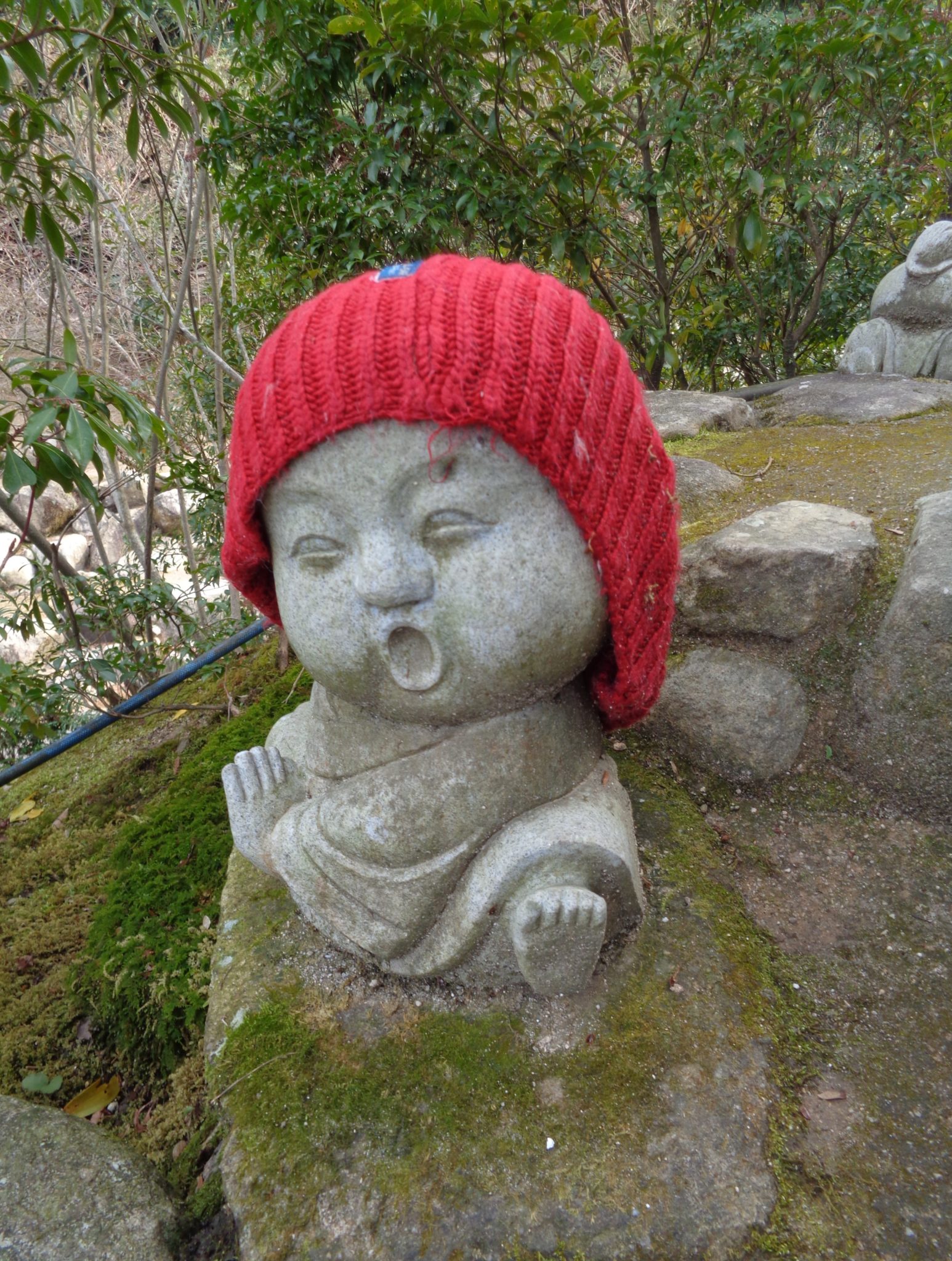 The funny manikin were by all means just about the limit with their knitted bonnets in the garish and glaring colors. And soon we had a little collection about the hippie monks on camera. No worries, there have been just a few. But on the way to the following temple buildings on the way up to the 535 meter high Mount Misen (弥山)  we found again some more. Once started with this habit of collecting the pics you have to keep on going with the process. And this completely and thoroughly! Who could know that the whole mountain is cobbled with these little stone dwarfs… 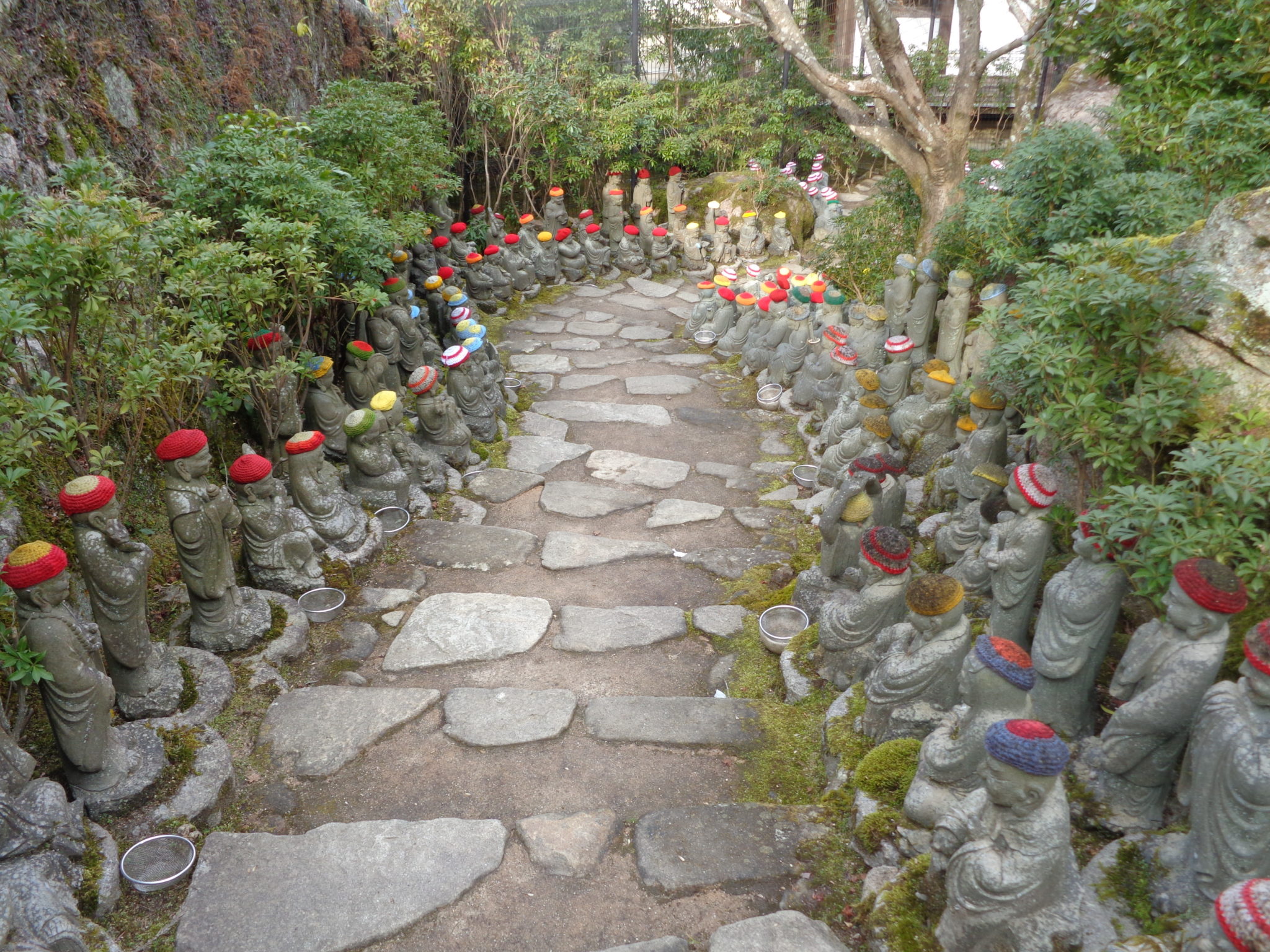 Therefore we took a lot of photographs but after a while we had to switch the portrait pictures to the group photos. Eventually there have been troops and armies alongside the pilgrim walkways. All of them nicely suited with the knitted hats in an as well systematic colored arrangement. Wonderful! Additionally the nature of the island is beautiful and a perfectly welcoming for a hiking day. The center of the island is completely covered with forest, below the north side there is even virgin forest and jungle. 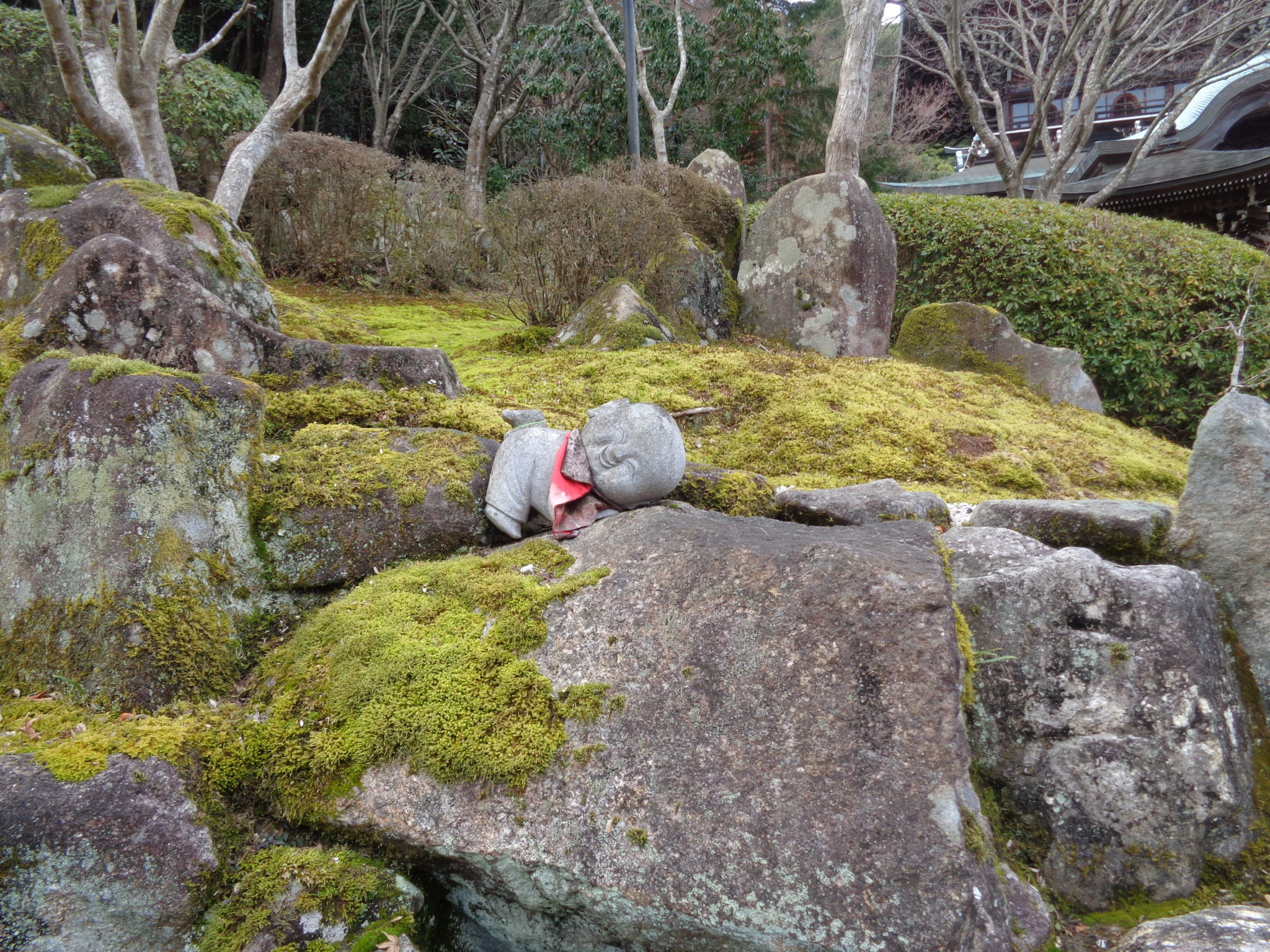 While sorting all the collected photo material and content, we could divide these laughing gnomes, the holly icons and the garden ornamentation into single groups and categorized several types. 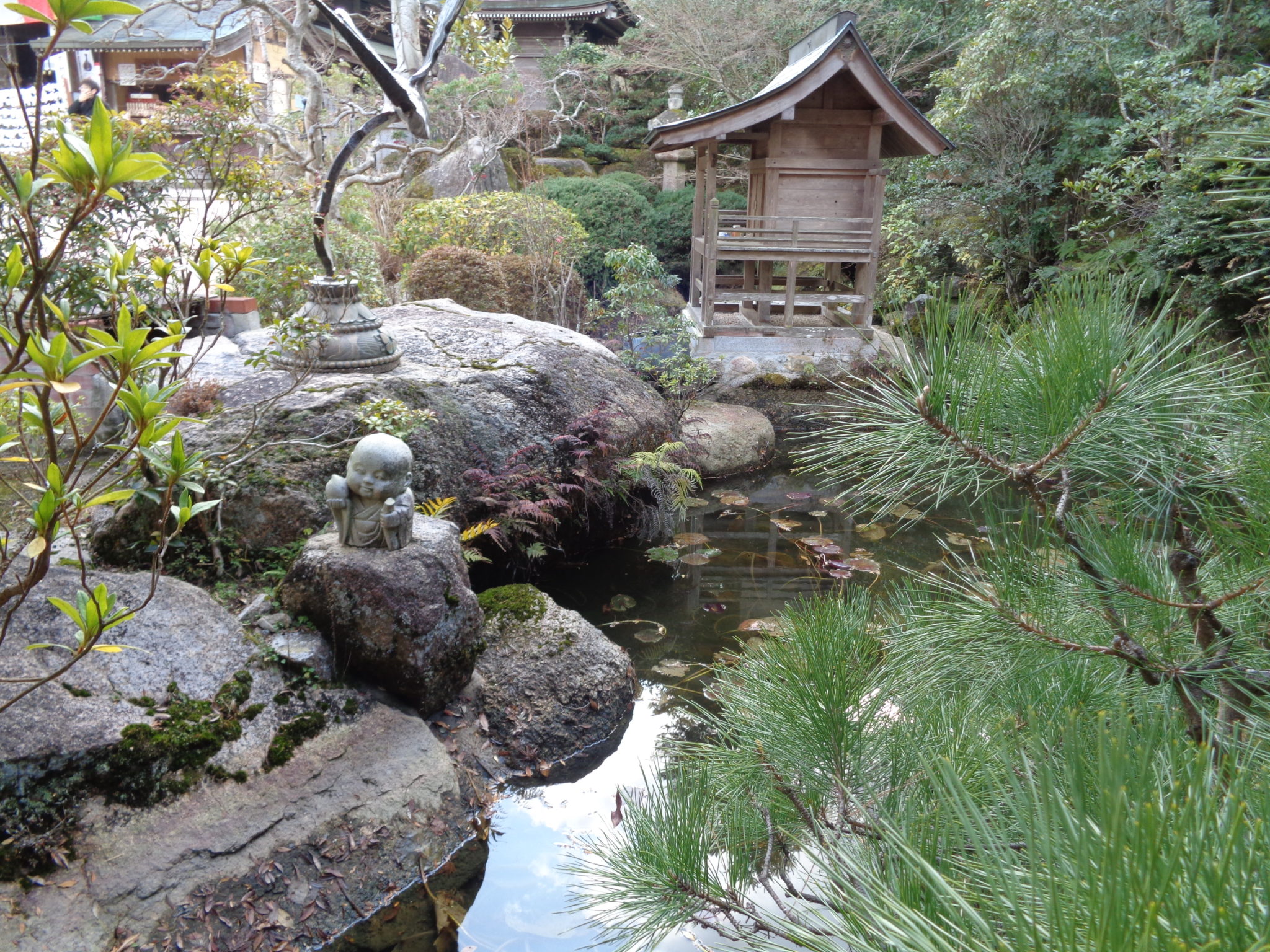 1.) First of all the typical, impish and wicked smiling Mini Monks 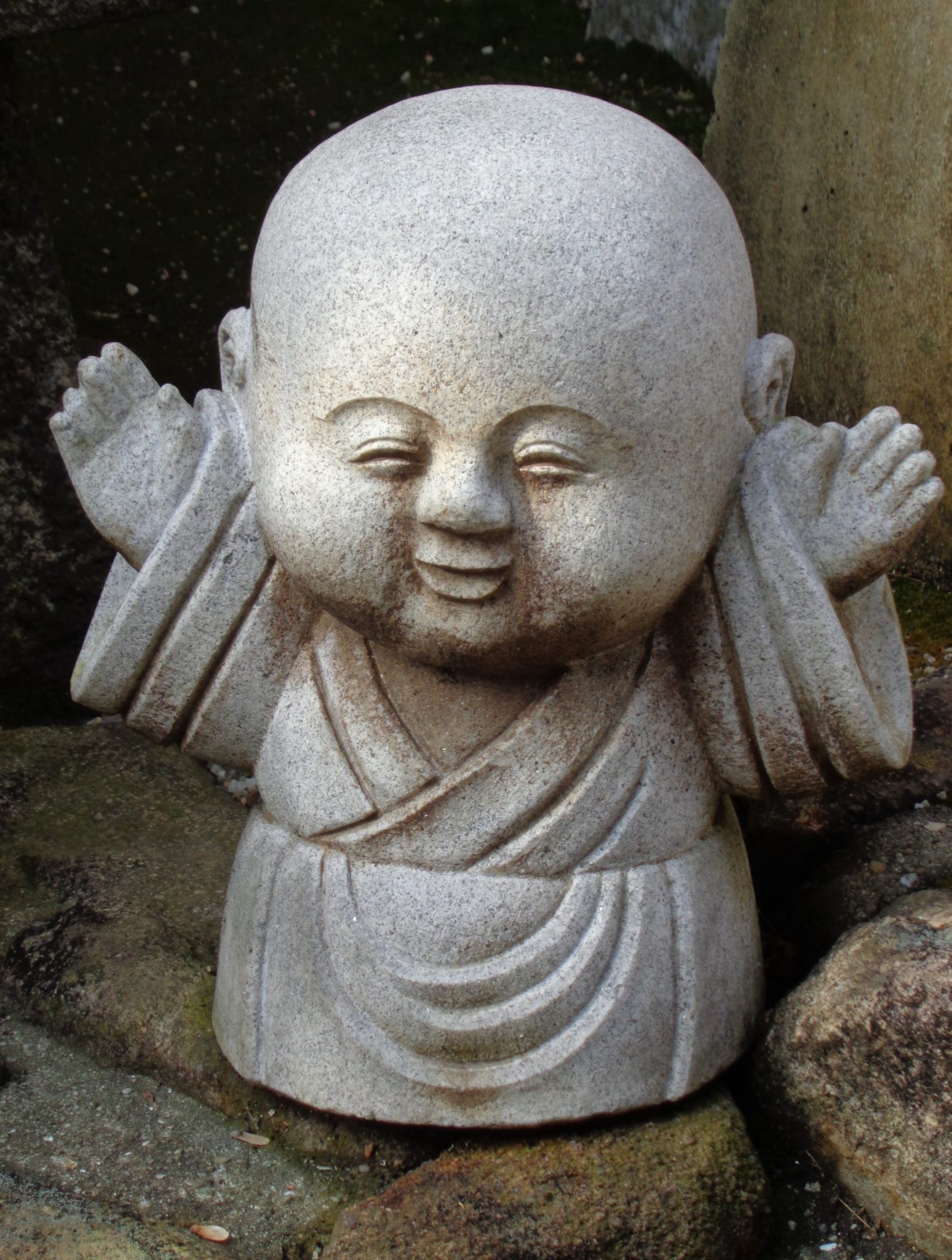 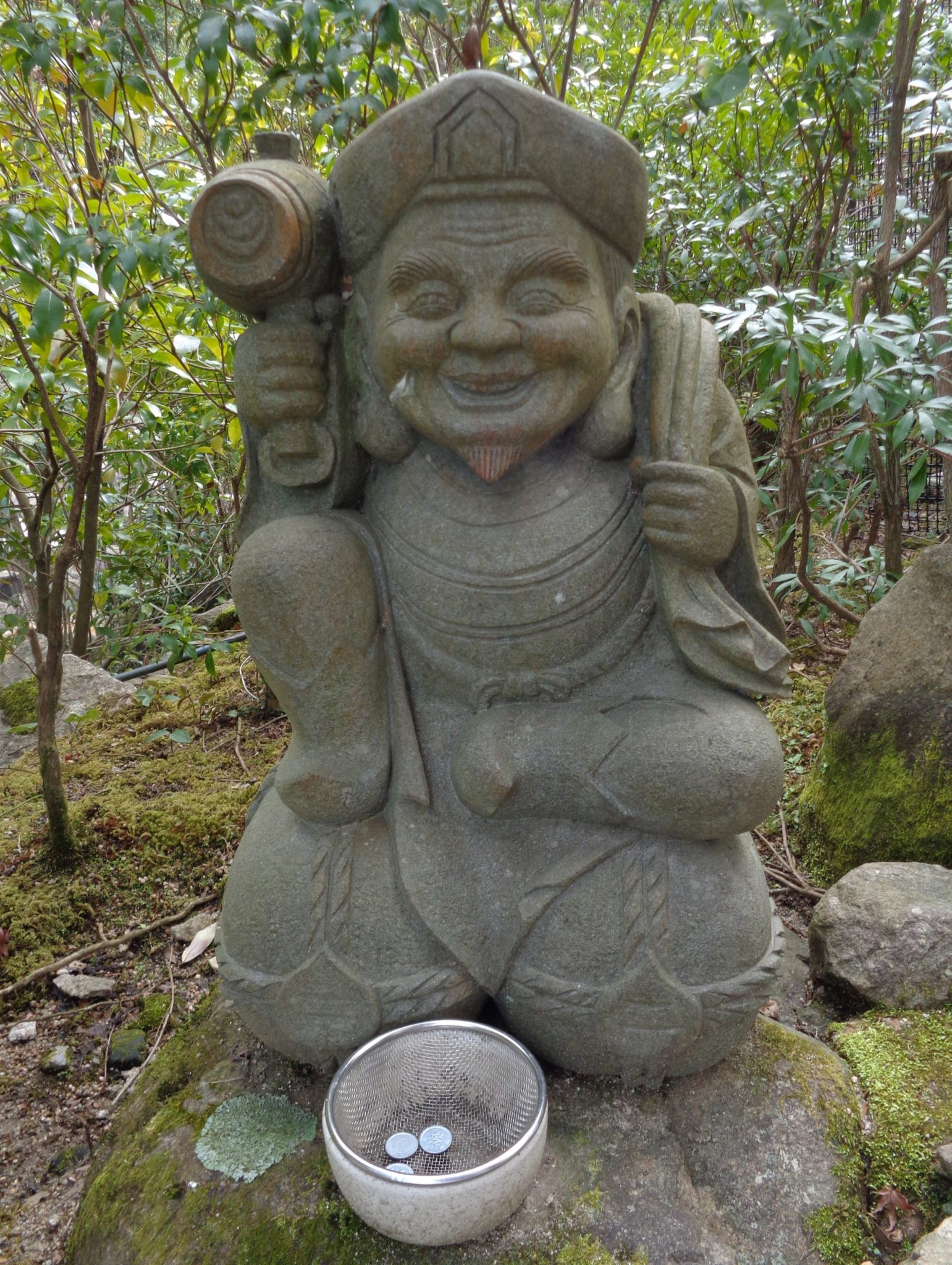 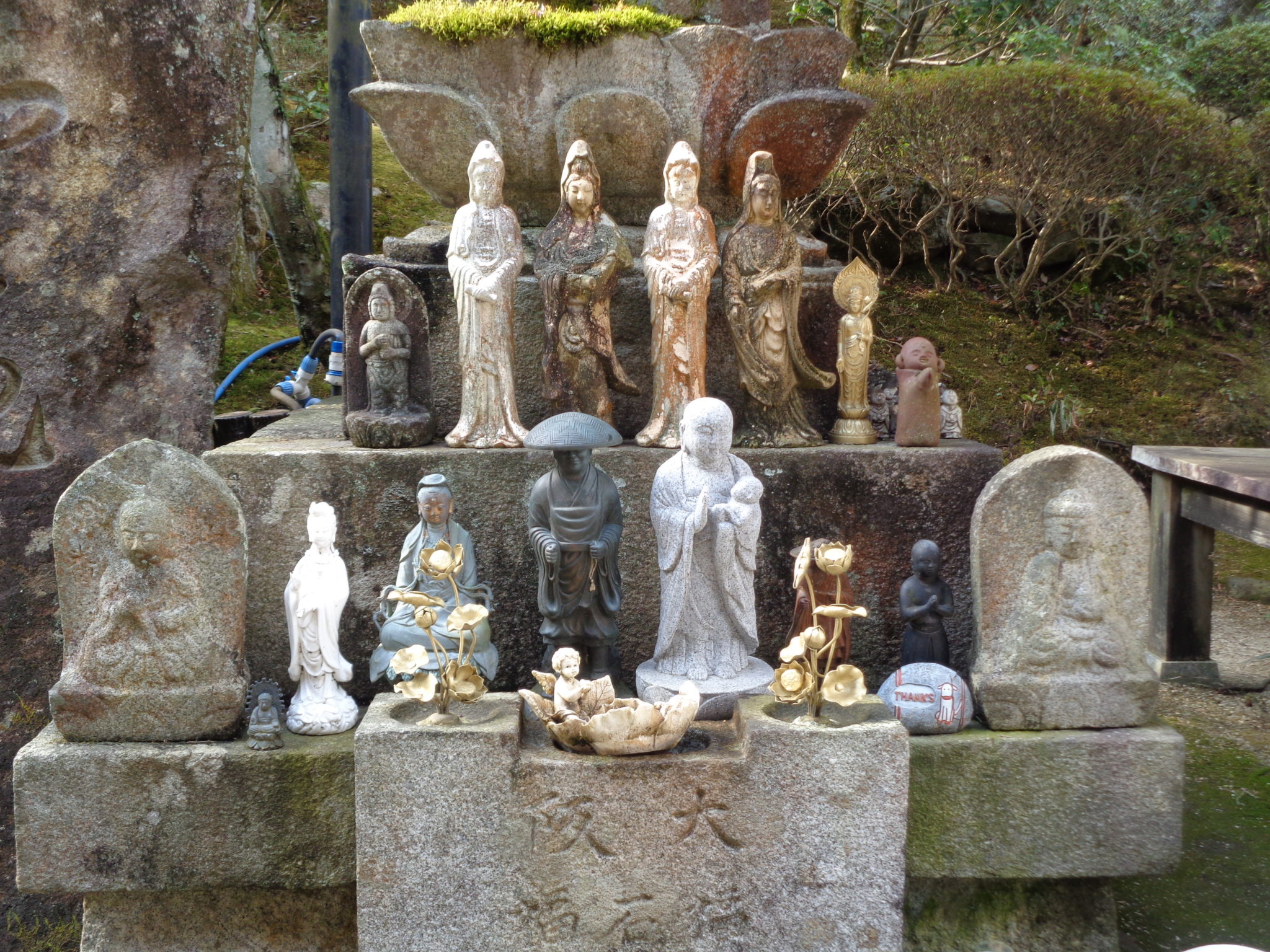 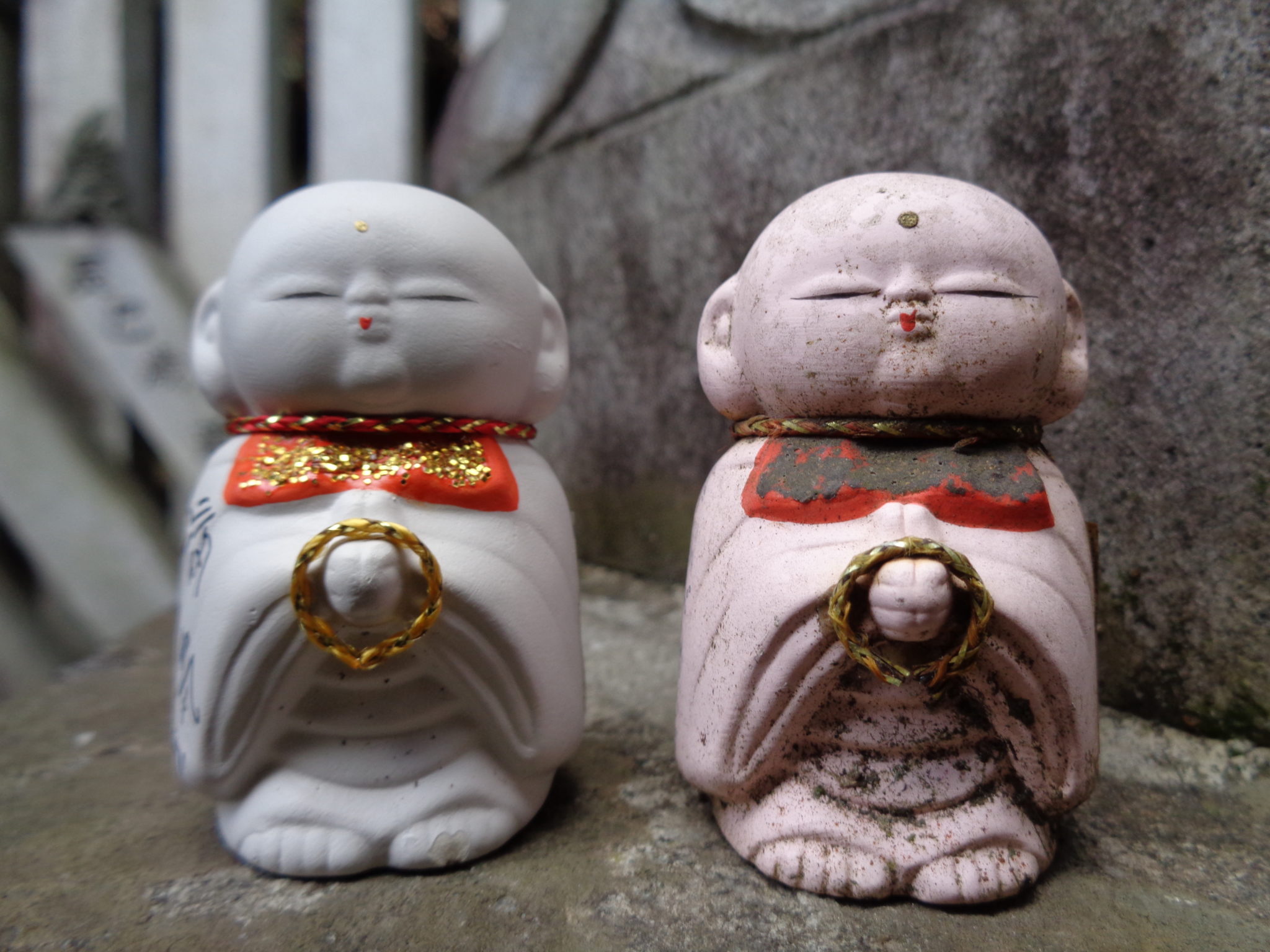 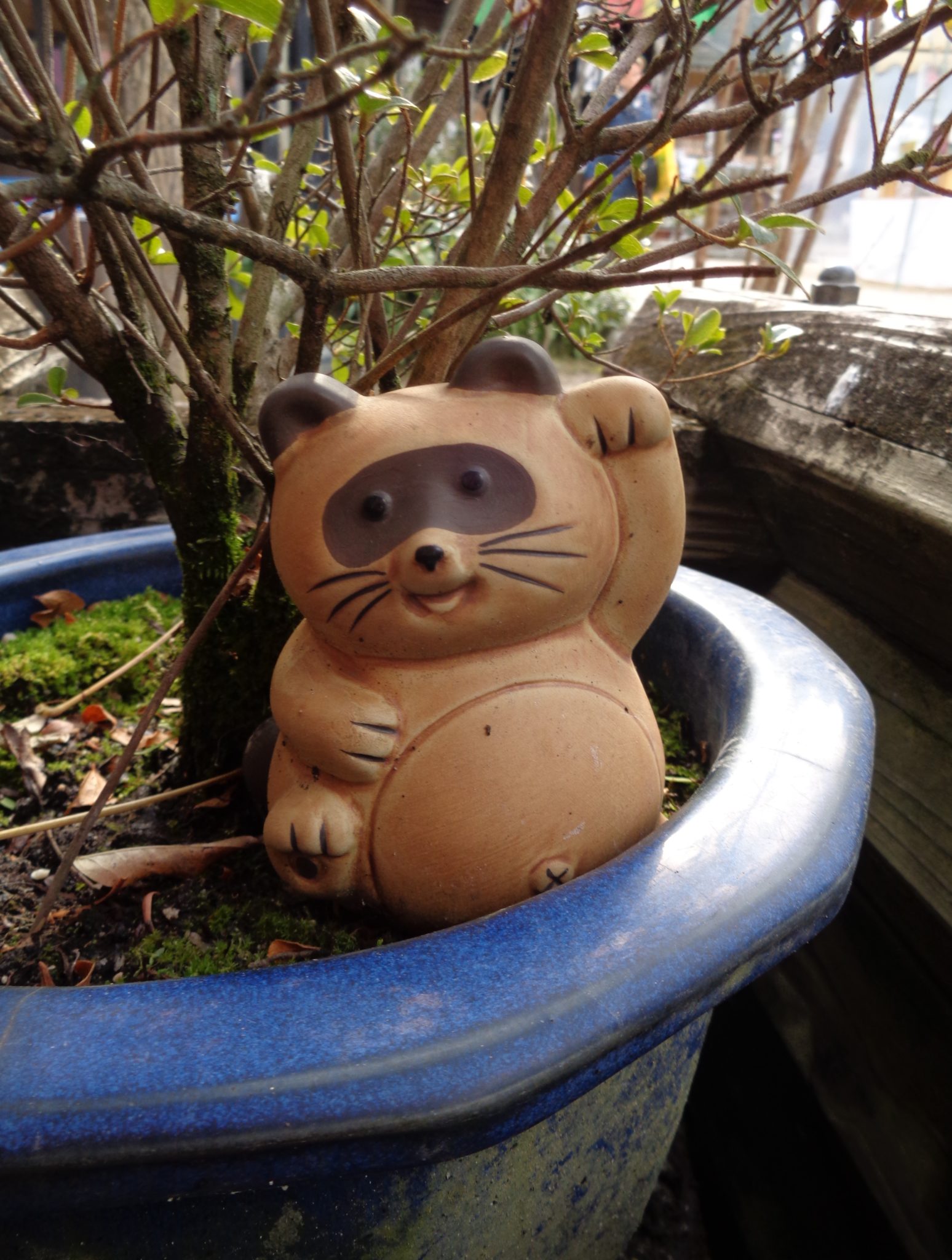 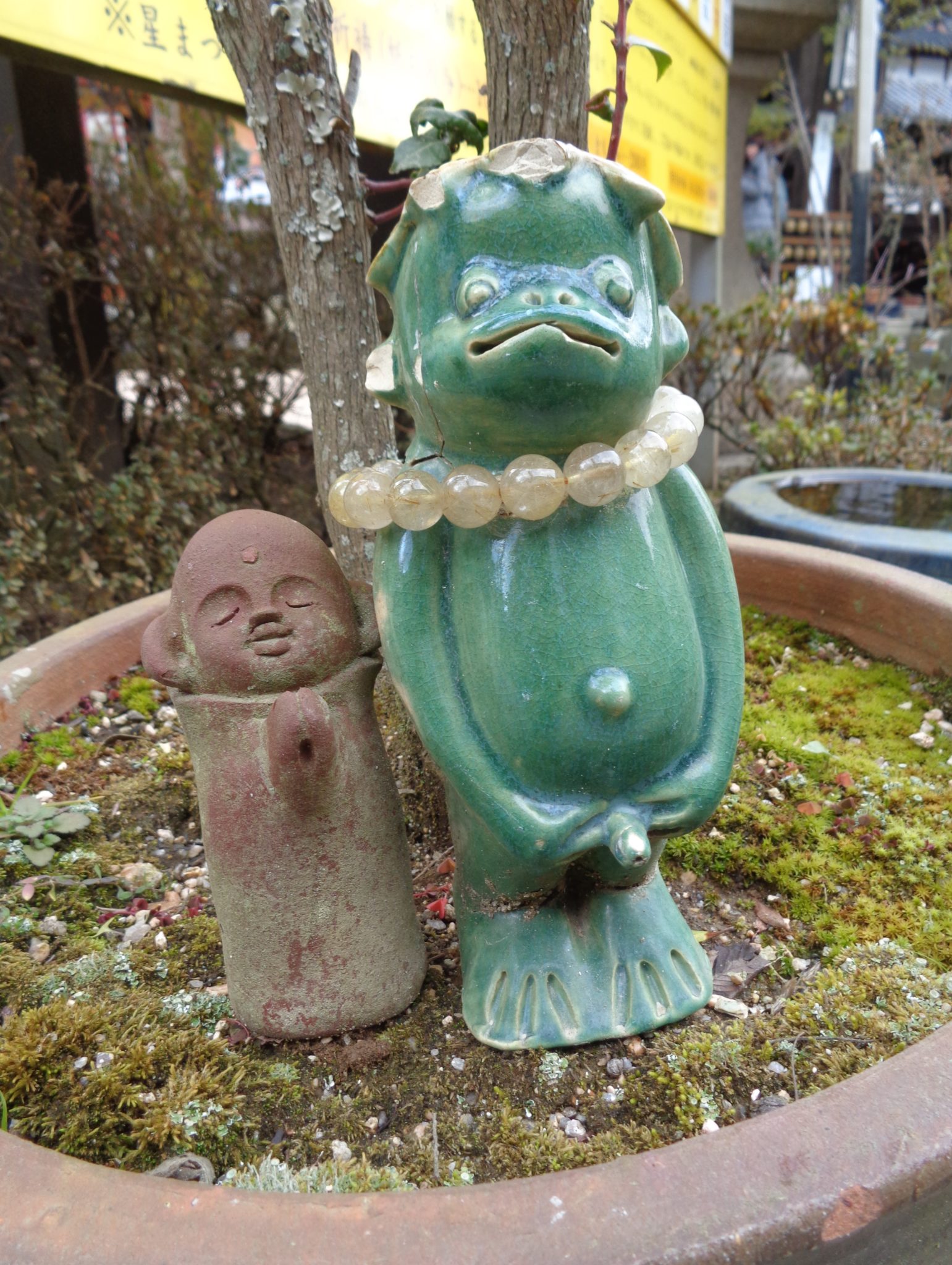 7.) This item here is just mentioned to highlight the difference to conventional Garden Gnomes. The German-style ones exist there even as well… 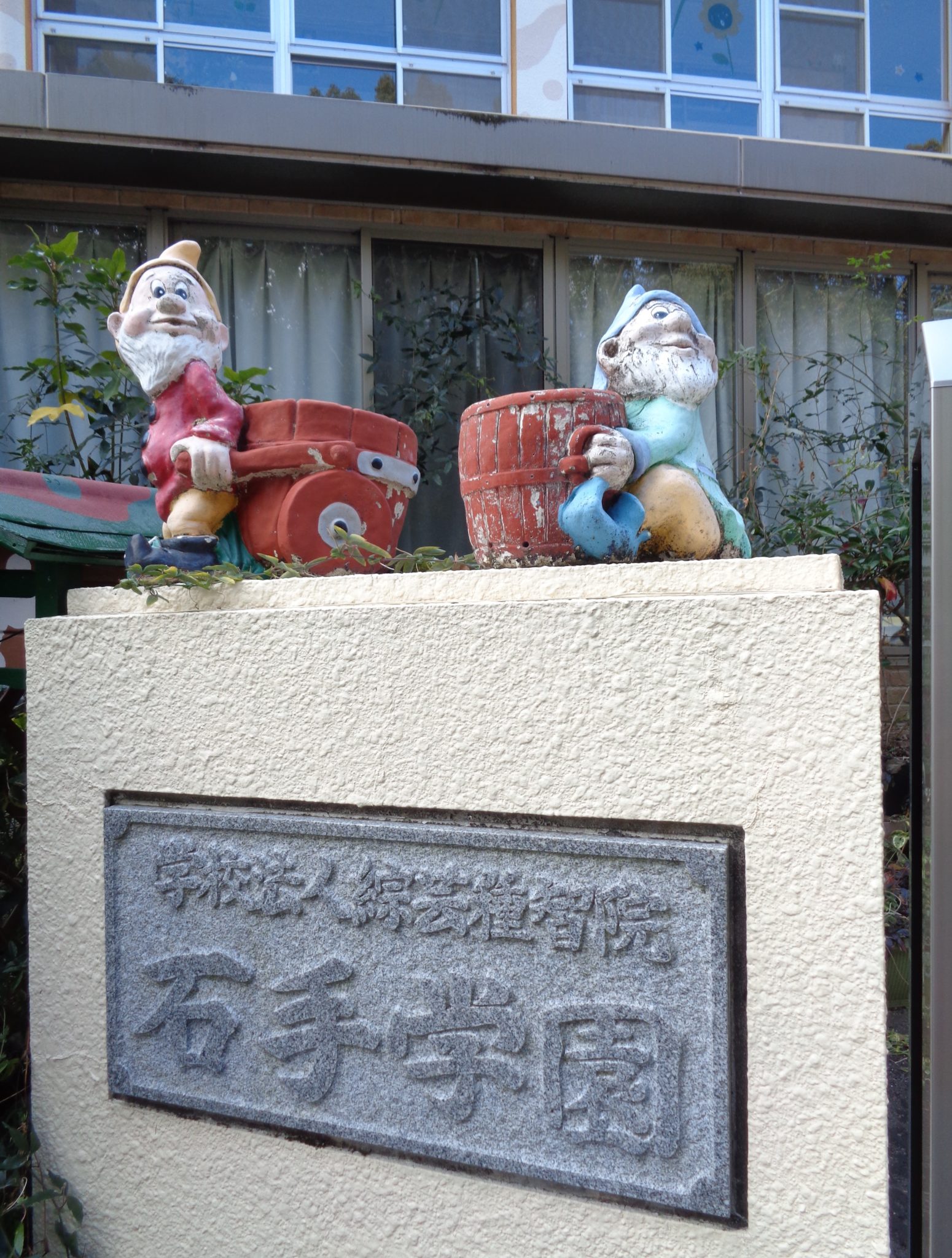