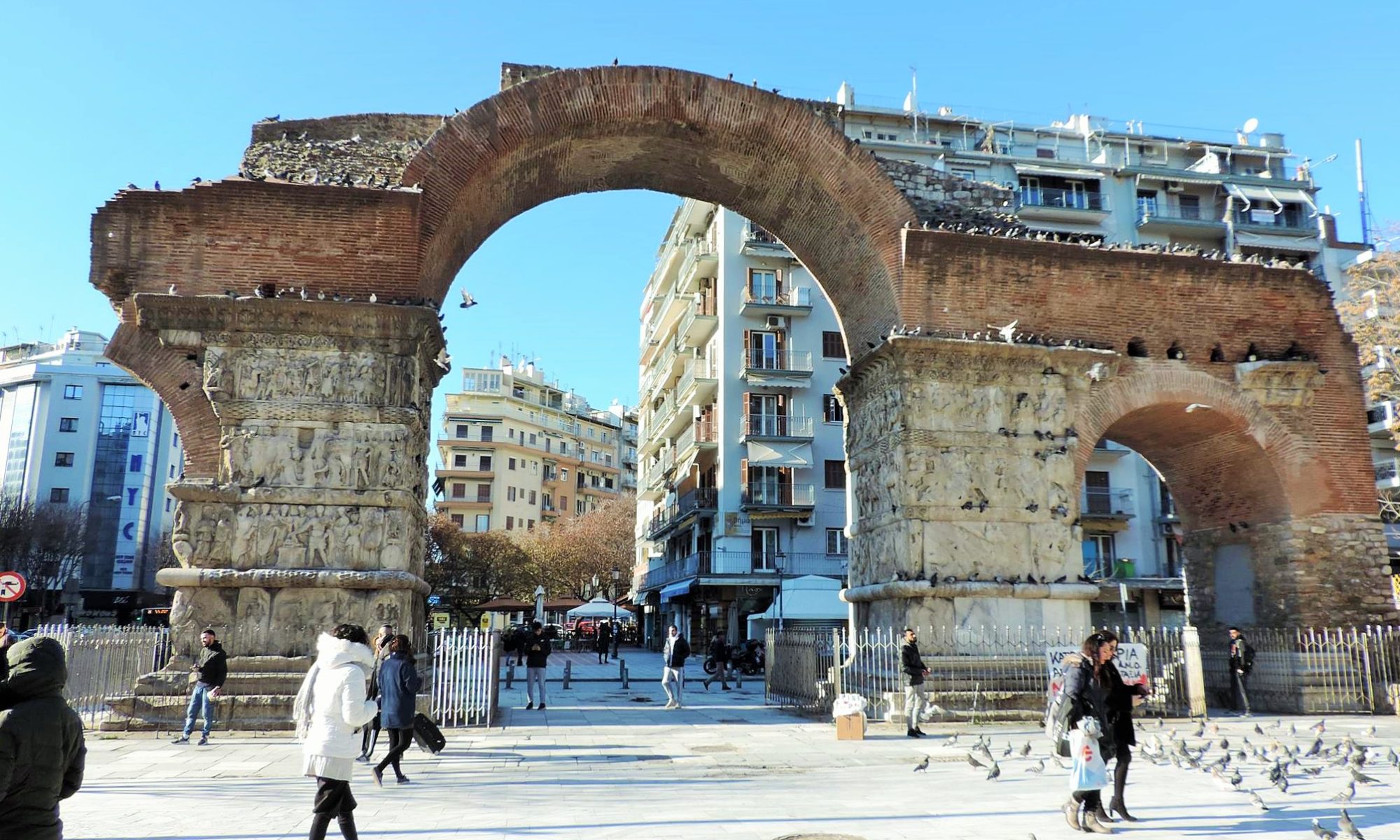 It doesn´t matter when you go to Thessaloniki, maybe in winter you won´t go swimming, but this city offers just a wonderful combination of the necessary ingredients to have a desired enjoyable quality of life. I could definitely imagine living there for some month or years. The food is fantastic, the people are cool, sympathetic, social and quite open minded. But still stubborn, of course, they are Greek. But stubborn in a nice meaning. They do it their way. And what I observed I really liked, in a lot of aspects a combination of the old with the new, making something different out of it, but without forgetting anything. Everything stays preserved. In Thessaloniki I could meet interesting people who showed me new innovative ideas in which direction Greek culture can go. We went to amazing and entertaining night clubs, one located in an old Hamam, the other homagely named after the German capital Berlin with a taste of its music. And not to mention, the food is just super awesome. 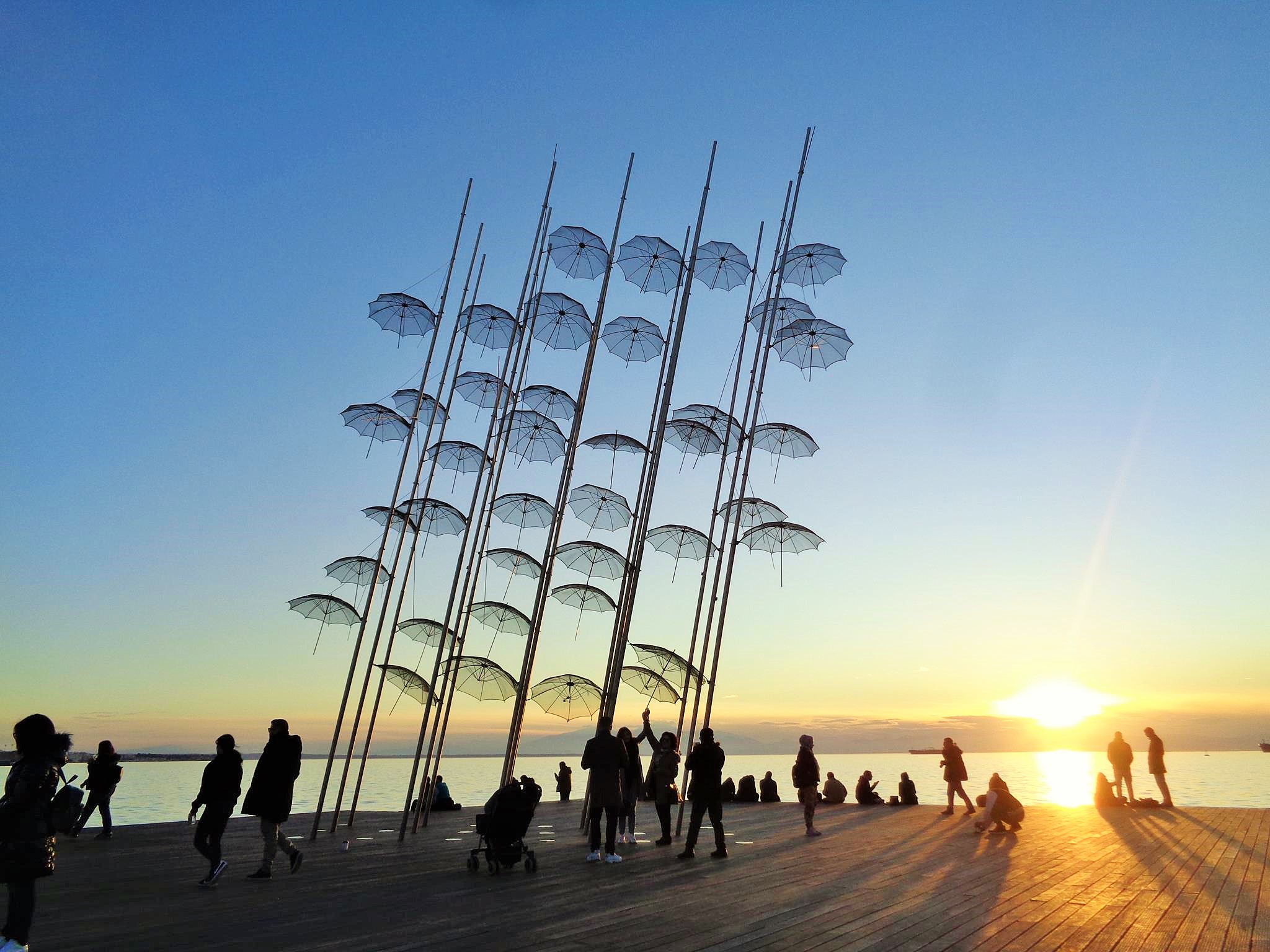 Everywhere throughout the city you can see monuments and ruins from the past. On top of the hill there is the old city with the castle and the old town wall. You can find remnants from the Macedonian time, from the Romans, the Byzantines, the Osmans, from the Balkan War and the first World War and the German occupation in World War II. There are hundreds of churches and various museums about historic topics and artworks from different periods and origins. Everything is built on each other and they are constantly finding something new antique somewhere. 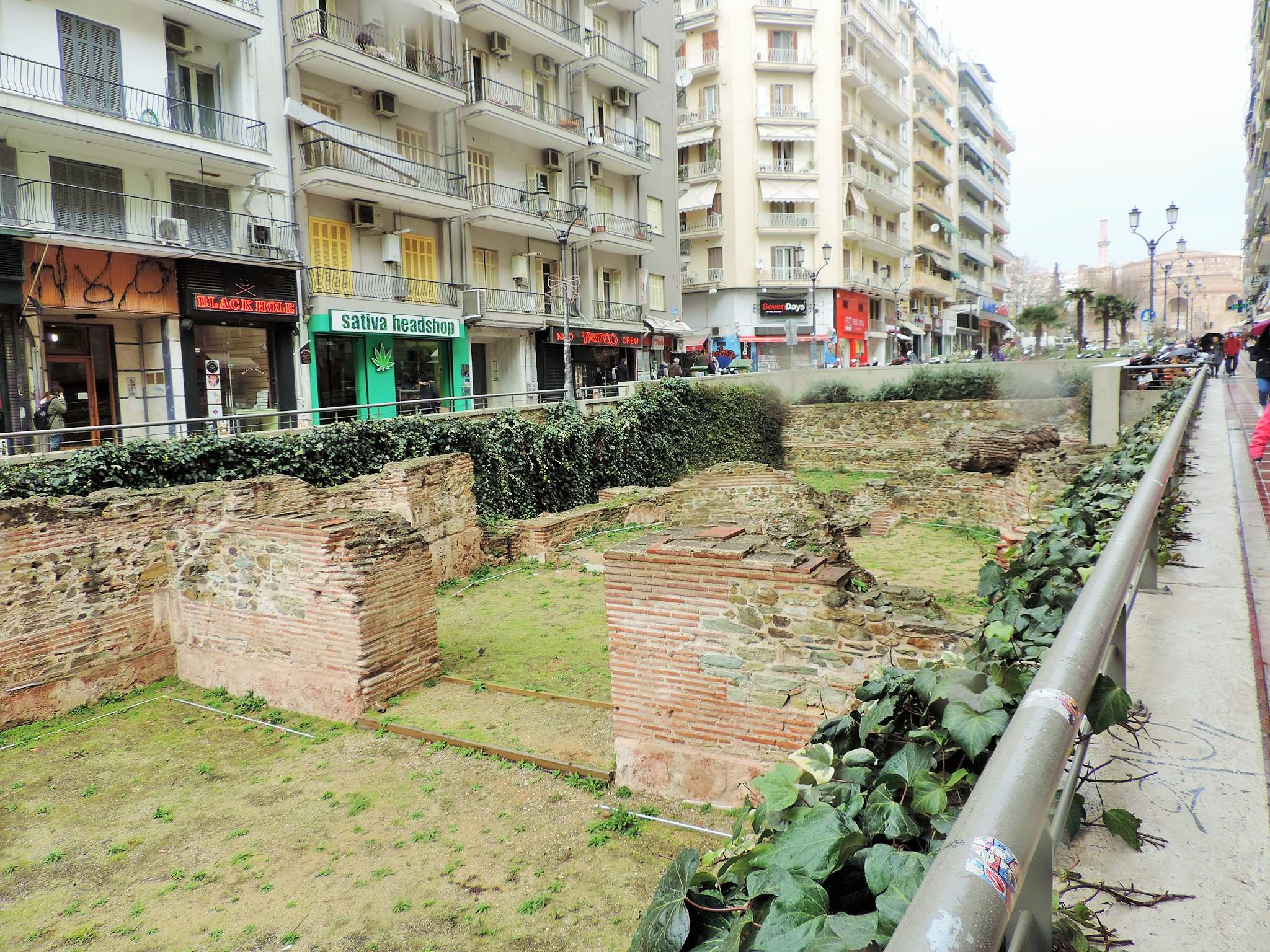 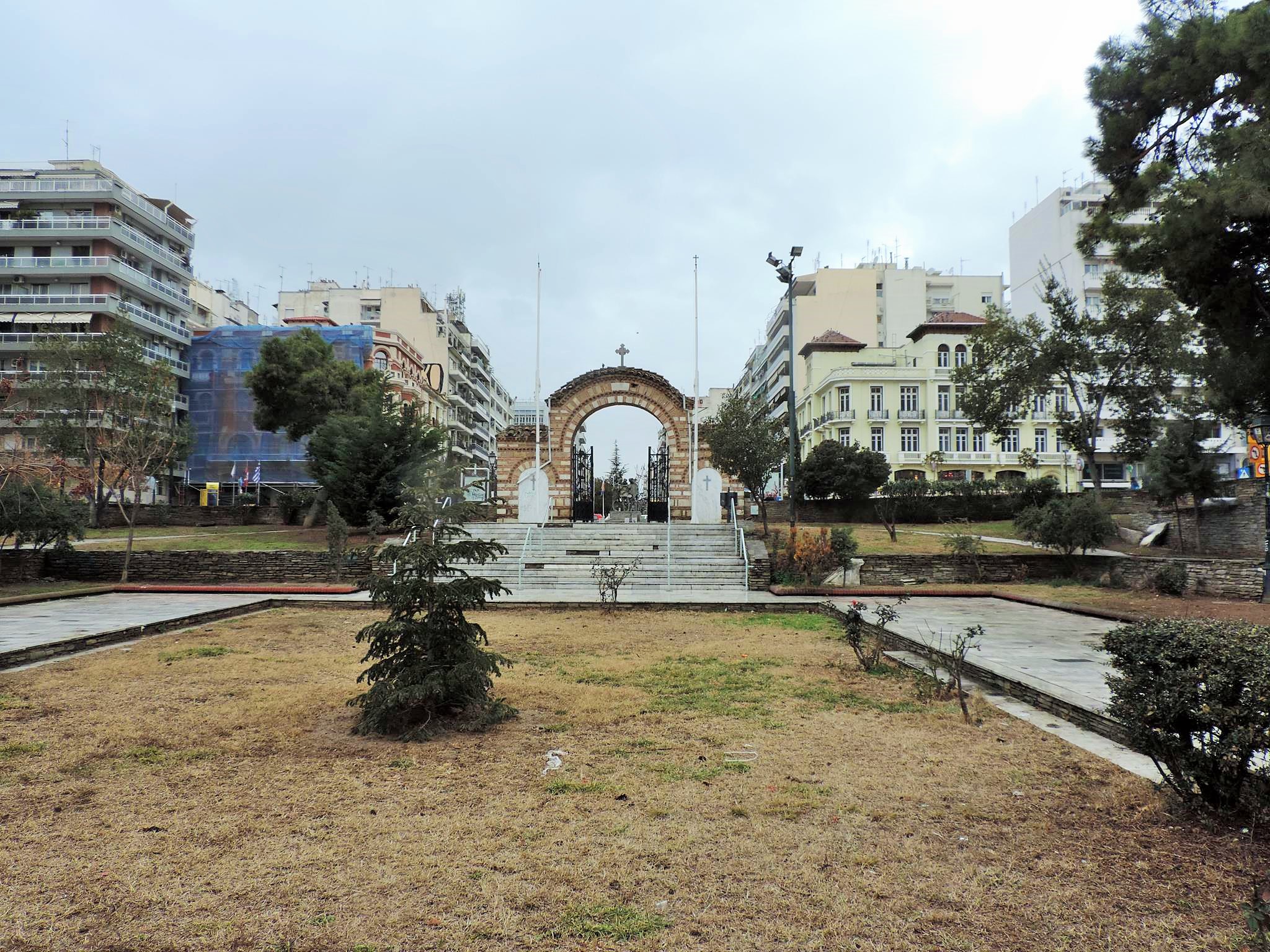 As well you can see the footprints of modern age everywhere through Thessaloniki. The whole city is covered with graffiti and streetart. There is a lot of garbage, ugly bombing and gibberish, but as well there are tons of nicely made artworks and heaps of huge mural as big as a whole apartment block. If you are interested in streetart, check out the Graffiti Articles of the city or the Thessaloniki Streetart Map. 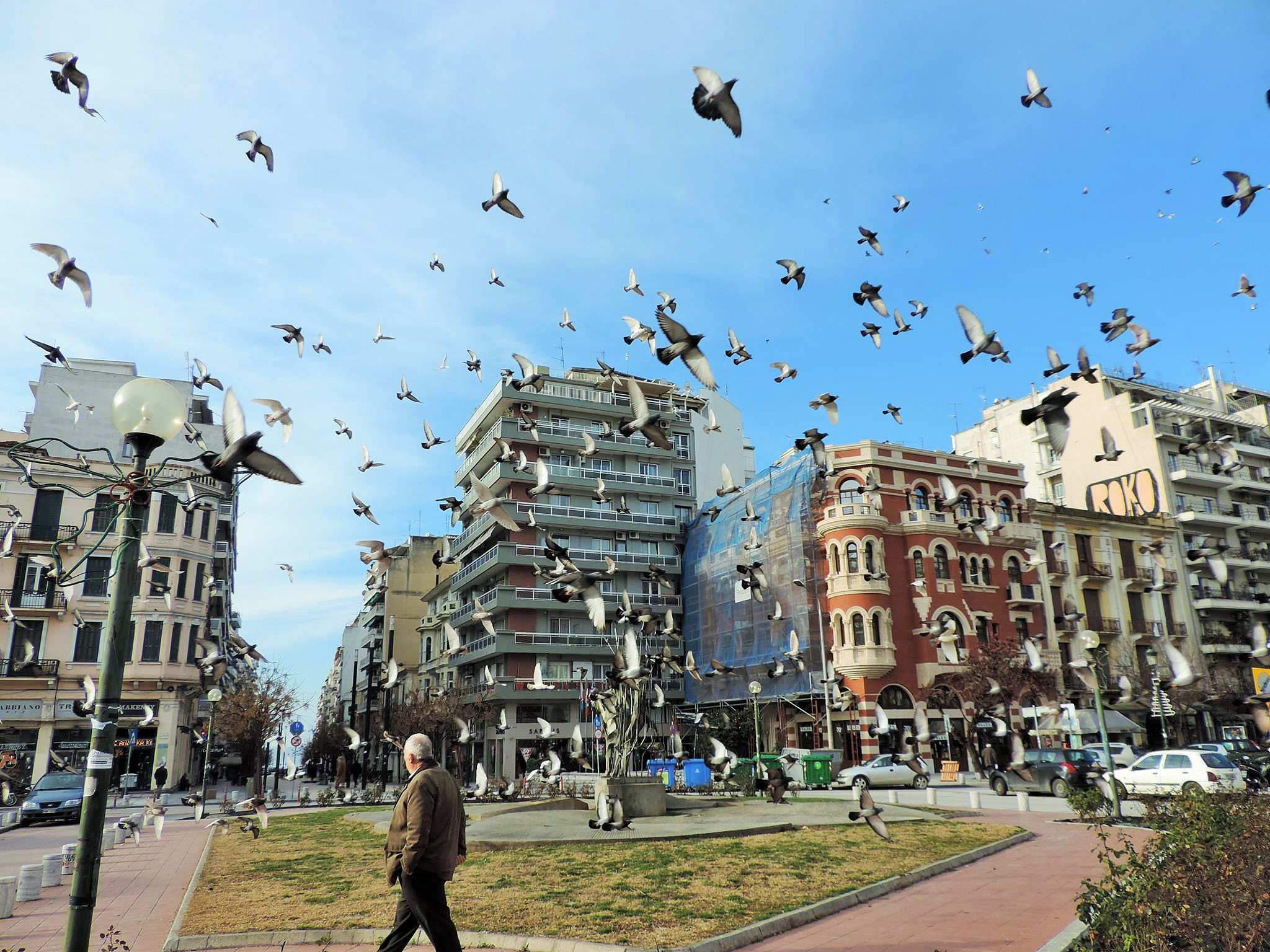 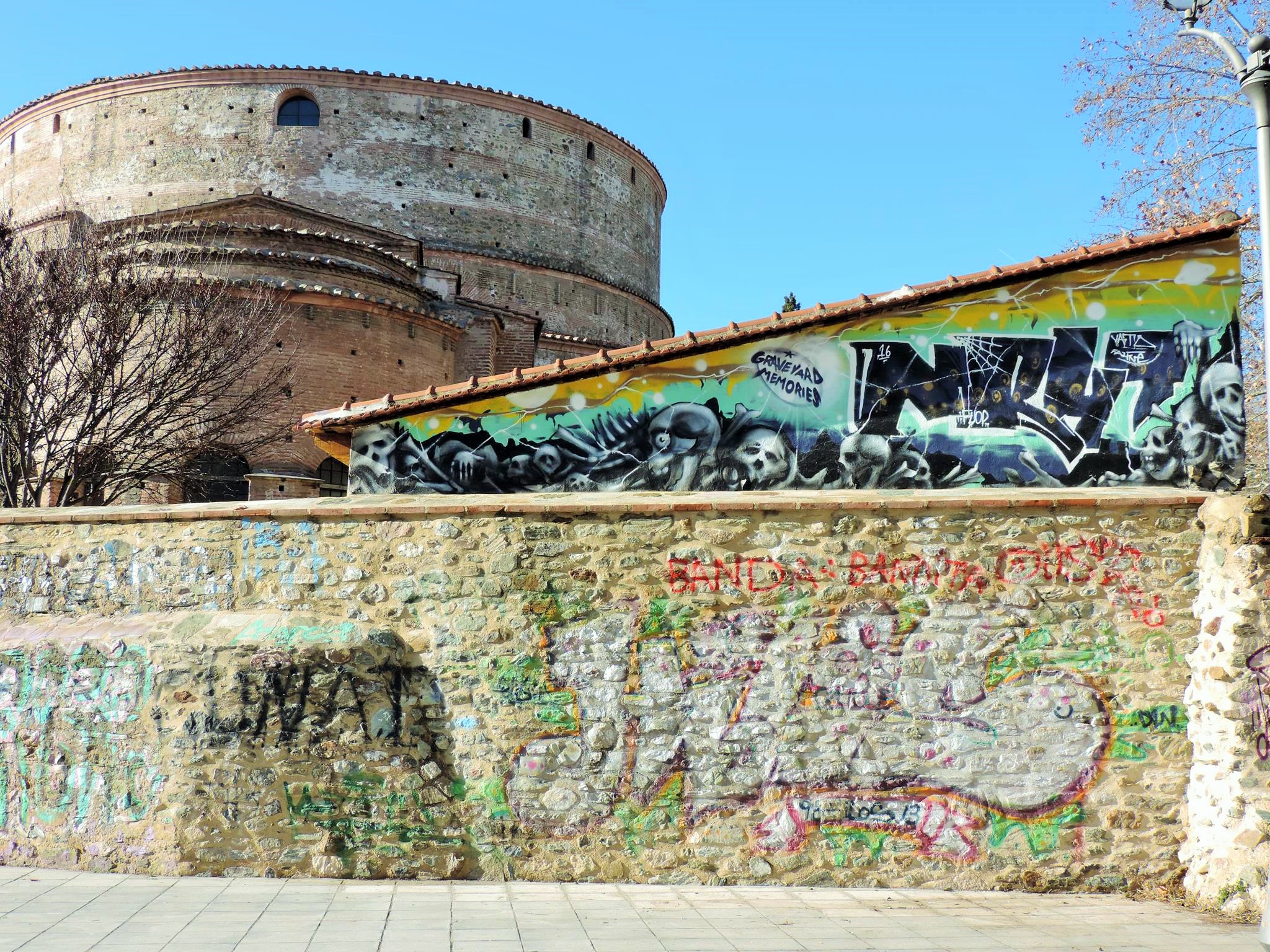 At the last official counting in 2011 Thessaloniki (Greek: Θεσσαλονίκη, short: Saloniki – Σαλονίκη) hosted 325.182 habitants, it´s the second biggest city in Greece, capital of the sdministrative region of Central Macedonia and economic and cultural center of the entire Greek region of Macedonia. At this time the population of the bigger conurbation and metropolitan area around the city was estimated around 954.000, in 2004 it was around 995.700. 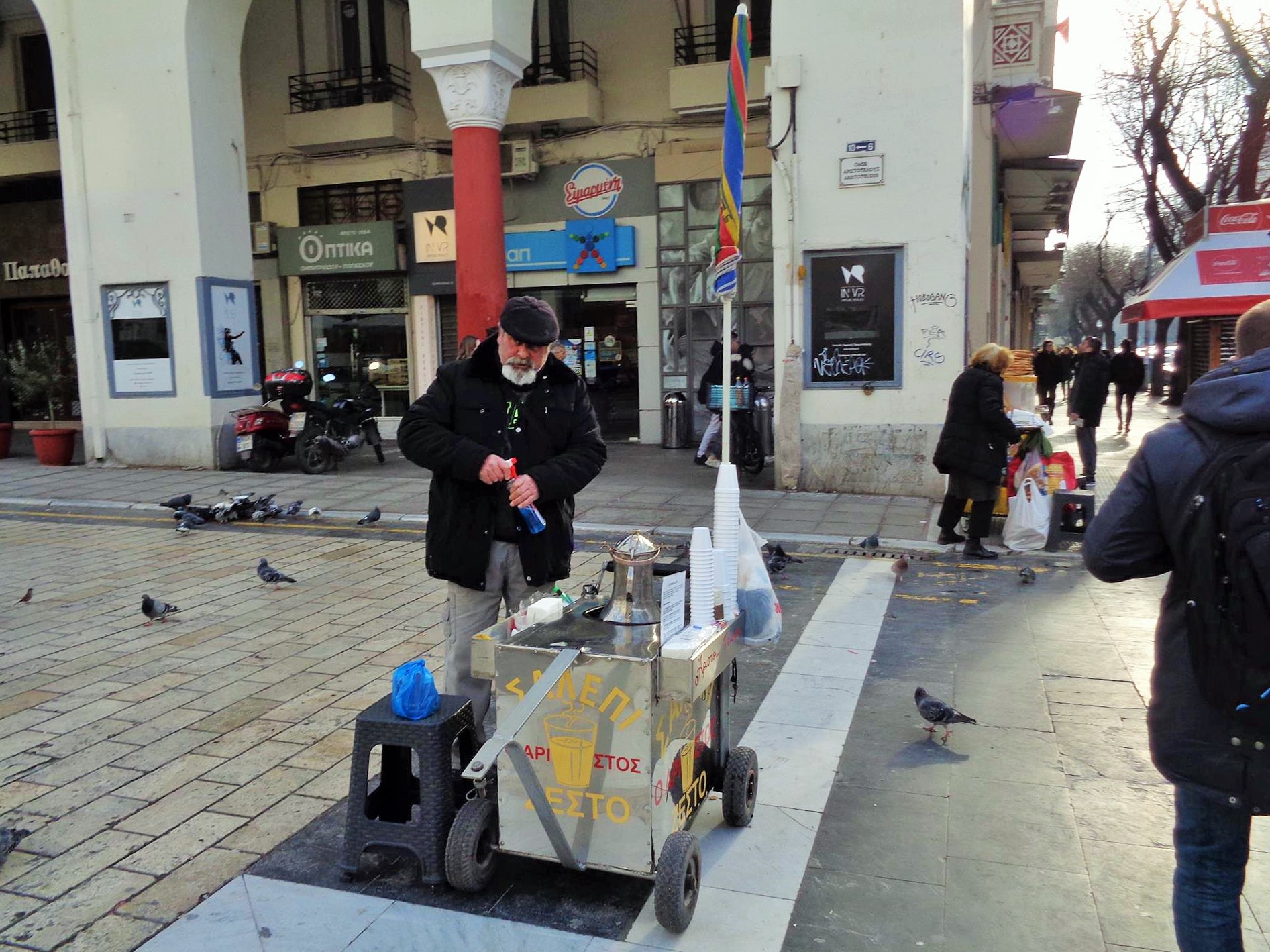 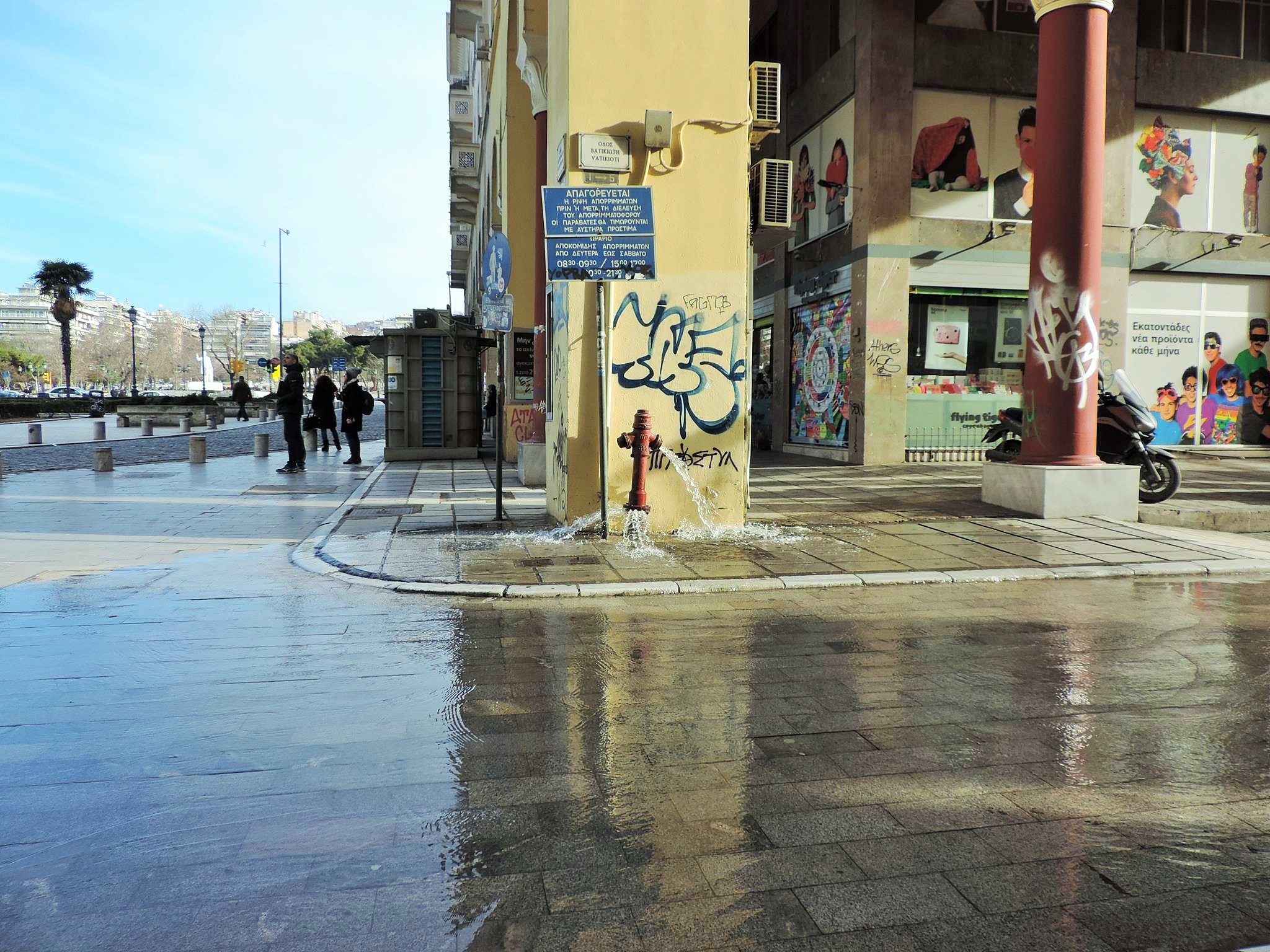 You should as well visit the harbor and have an airing on the promenade at the sea, the Aristoteles University in Downtown is nice to have a walk around and if you are interested in football you should definitely go and watch a football game in the Toumba Stadium of the Thessaloniki PAOK team. A fabulous place to buy delicious food and Greek specialities is the culinary Kapani Market. On Sundays it is closed, but then you can admire heaps of graffiti artwork on the closed shop gates. We did as well a little video about the Colors Hotel with its individual styled art rooms and we interviewed the sprayer and artist APSET who did some of the creative remodeling of the rooms. The building is quite old, but they have renovated it in a creative way and preserved the “old” in the “new”. If you are looking for a place to stay, they have altogether three hotels and two more in the same concept are coming soon.

>>> ARTICLE – The COLORS Hotel – Behind the Scenes:  http://vagabundler.com/greece/colors-hotel/ 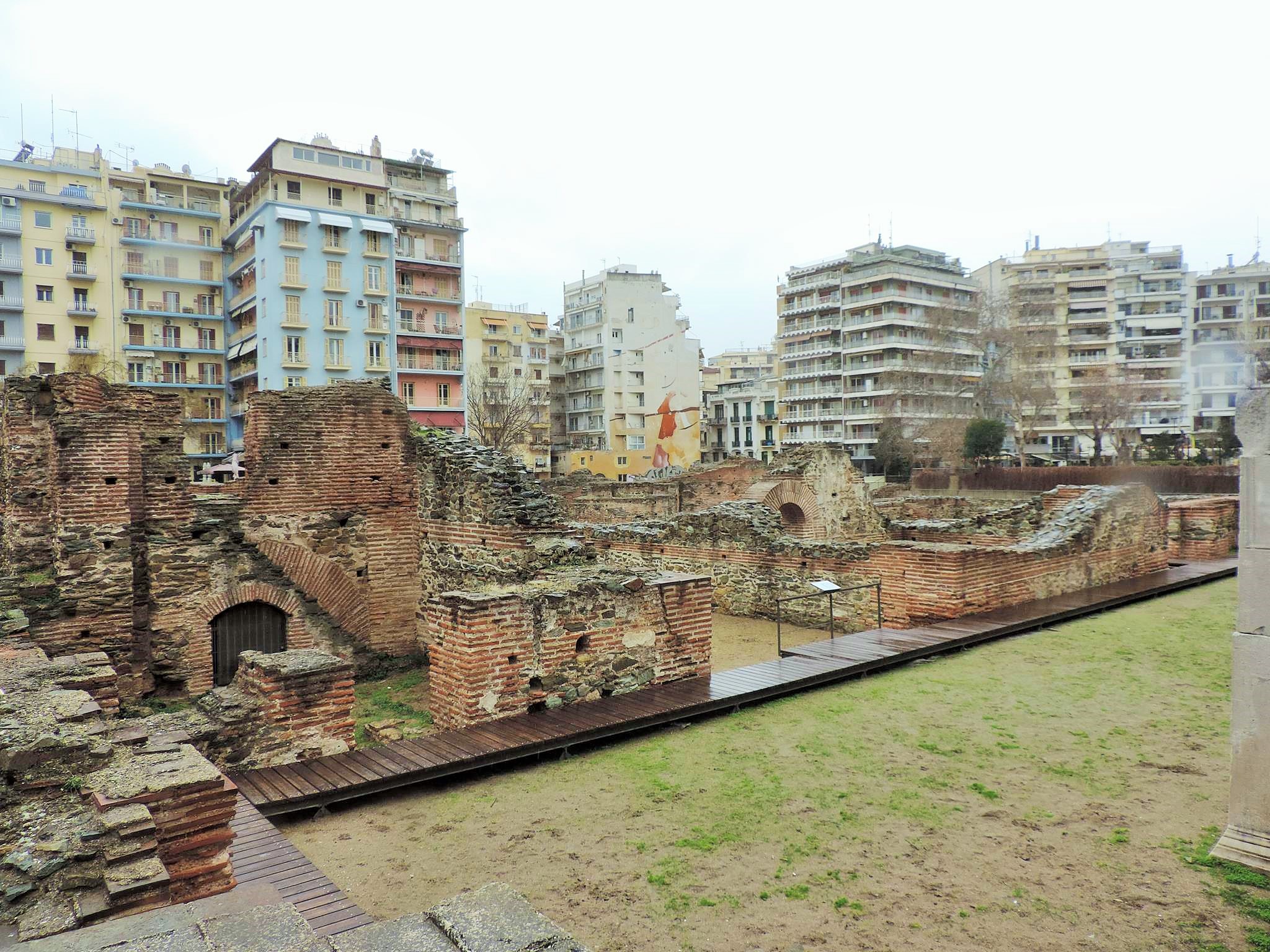 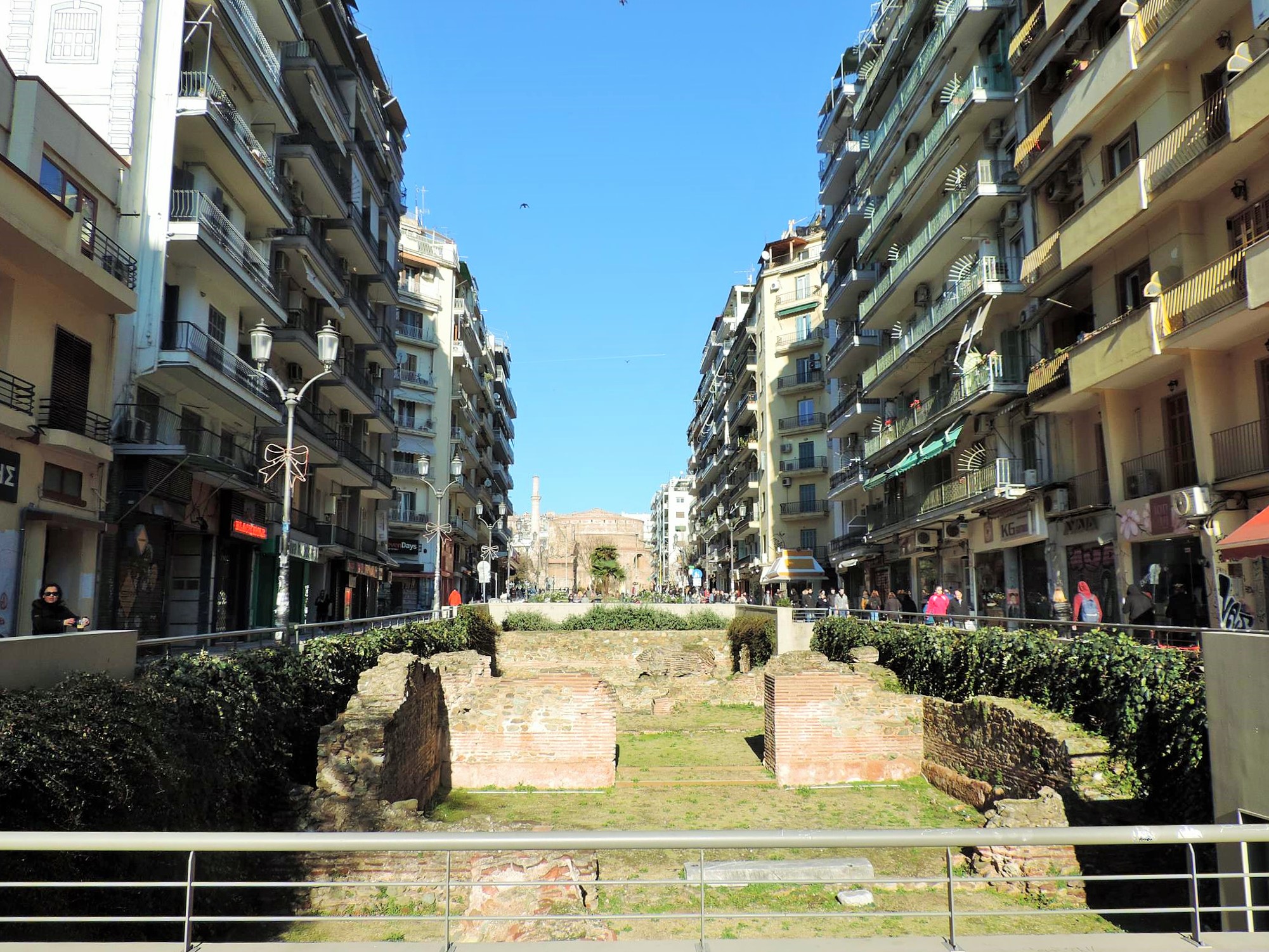 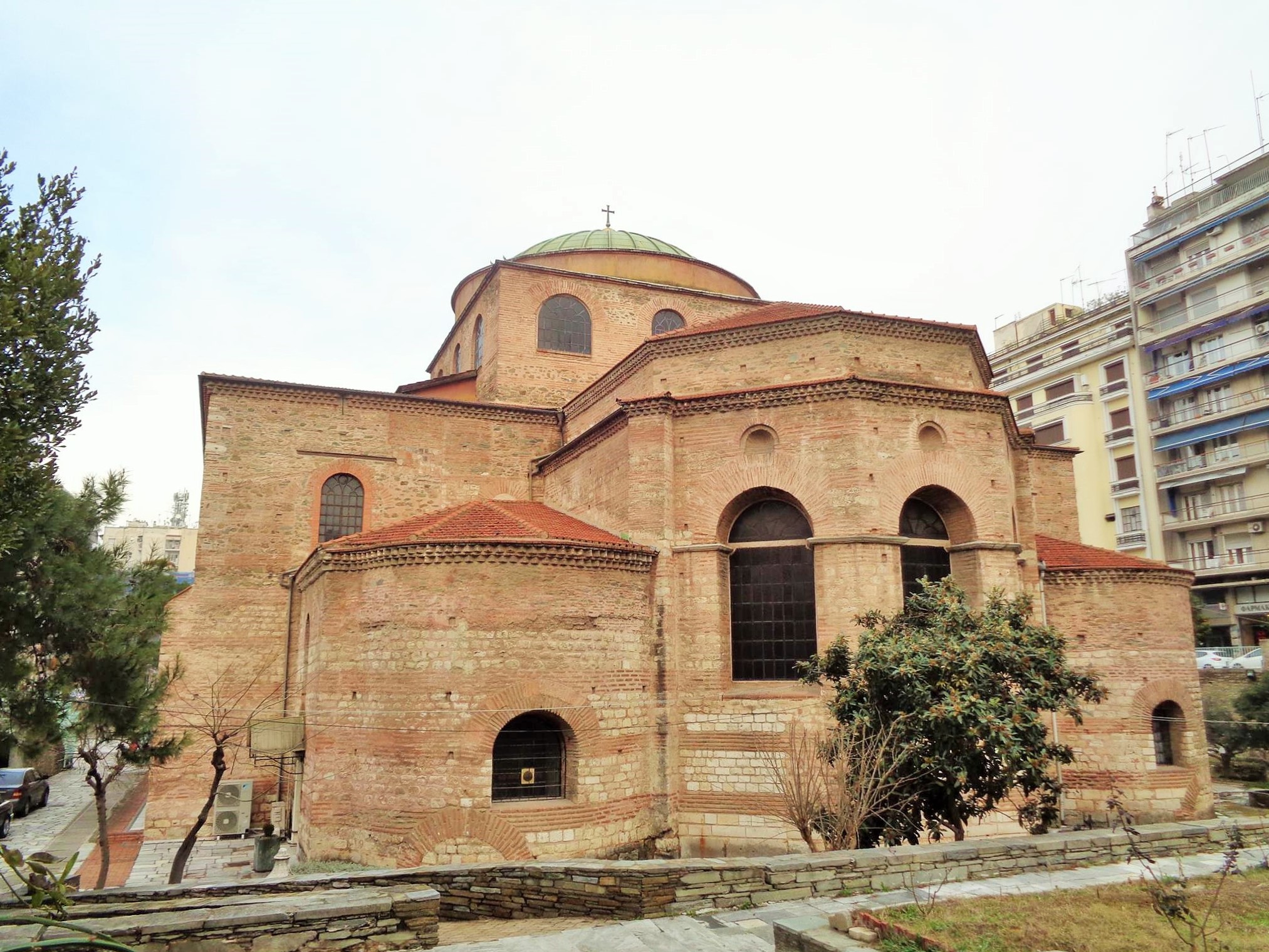 Another recommendable place I already mentioned is the fascinating night club Aigli Geni Hamam  or “Aigli” in an ancient Turkish bath house. It is a unique destination for exclusive cocktails, fine music and marvelous sound effects in a historic building. The Yeni Hamam building was built during Thessaloniki’s Ottoman occupation, on what is now the corner of Kassandrou and Agiou Nikolaou Streets. It is believed that the building was constructed during the last quarter of the 16th century by Hüsrev Kethuda, owner of several properties in Thessaloniki, and likely a “Kehayia” (administrator) in the service of grand vizier Sokollu Mehmed Pasha. It functioned as a double public bath, which featured separate chambers for men and women, and followed the usual layout associated with hamam buildings. 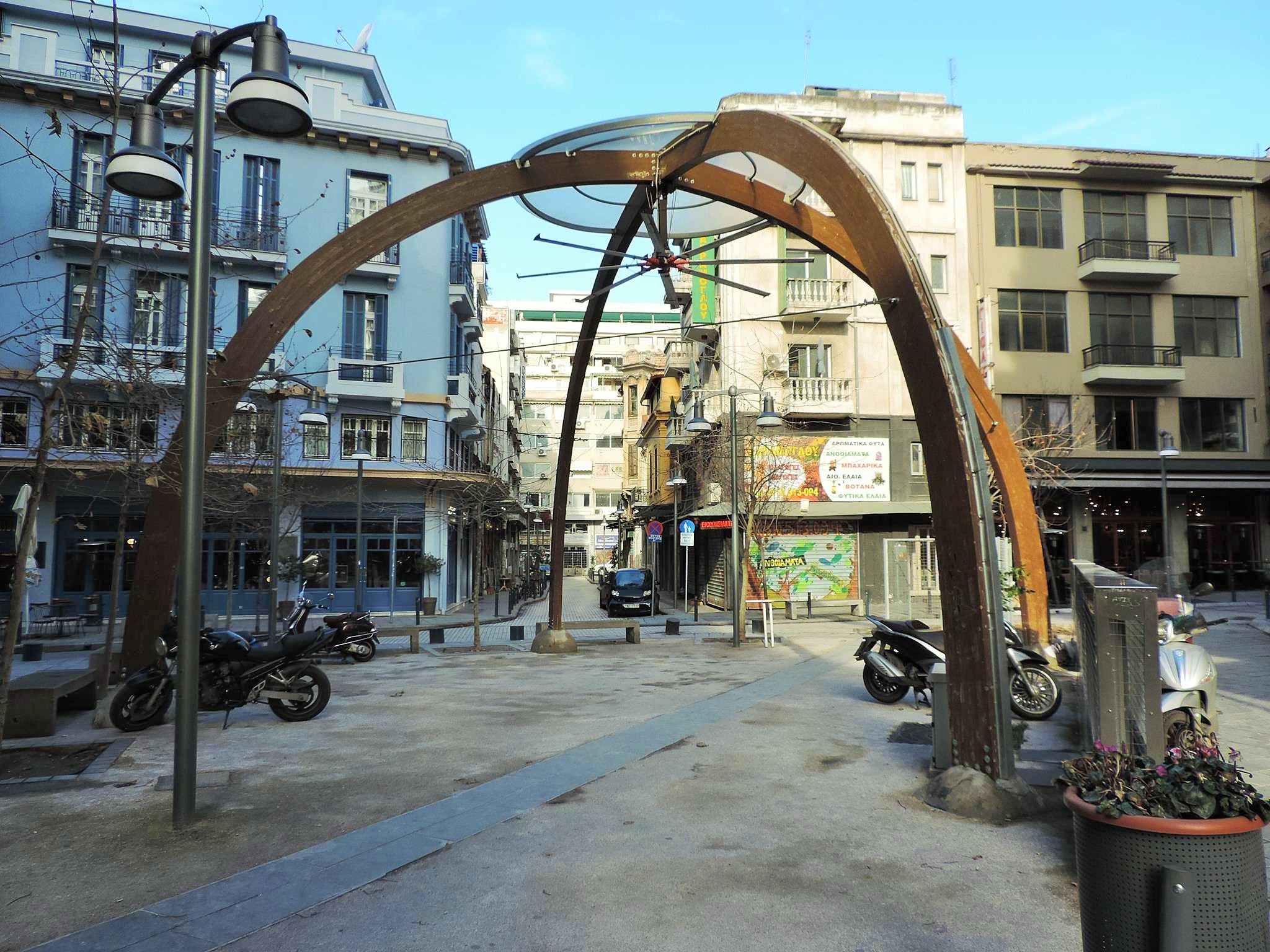 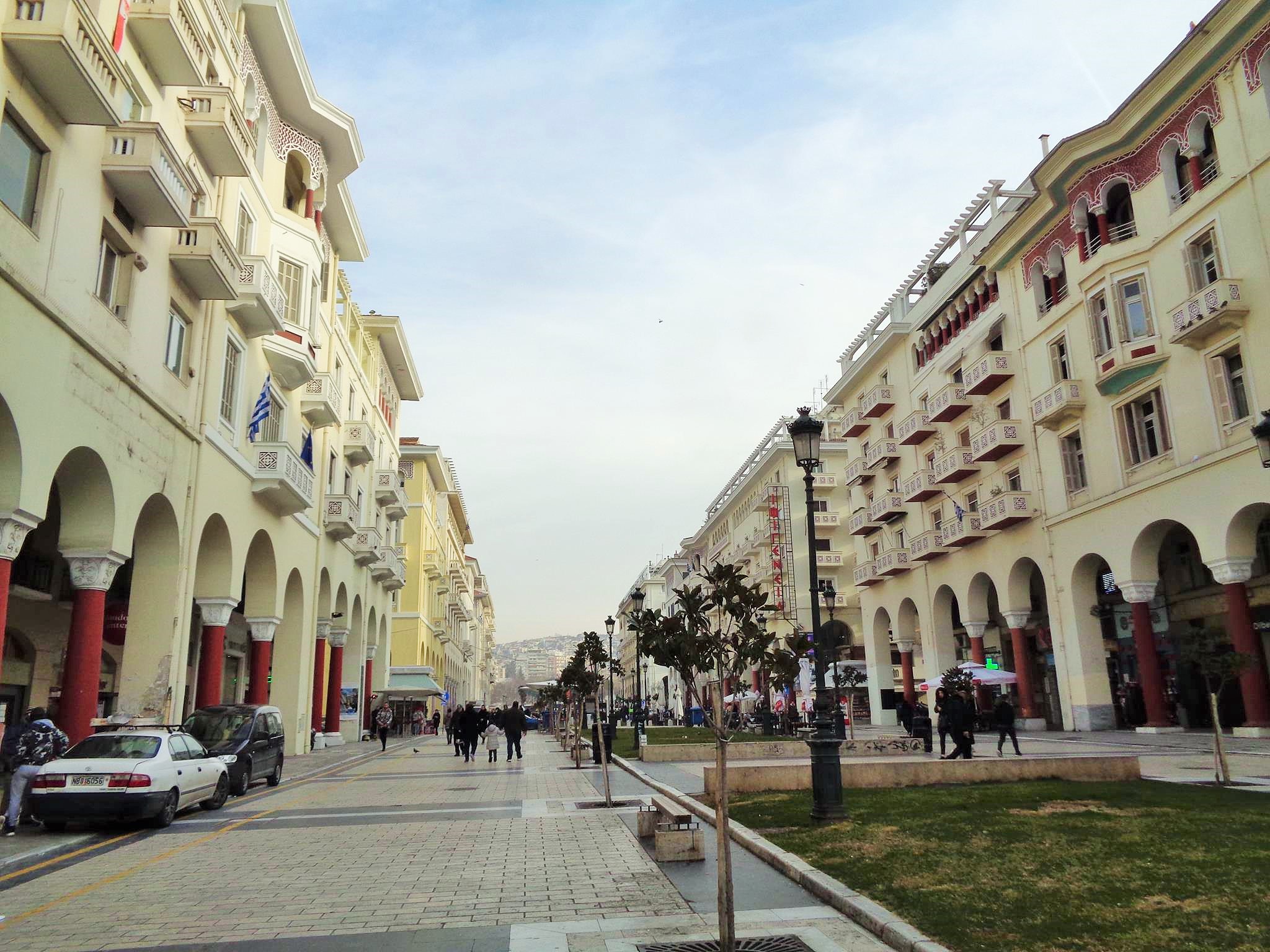 In contrast with other public baths in the city, the Yeni Hamam closed down after Thessaloniki’s annexation from the Ottoman Empire. In 1919, the building became property of the Greek State, while, on 1937, it was bought by a private investor, who turned it into a warehouse. The location was used as well as a cinema and a concert hall. Today, the building is still privately owned, and functions as a cultural event space, under the name “Aigli”. 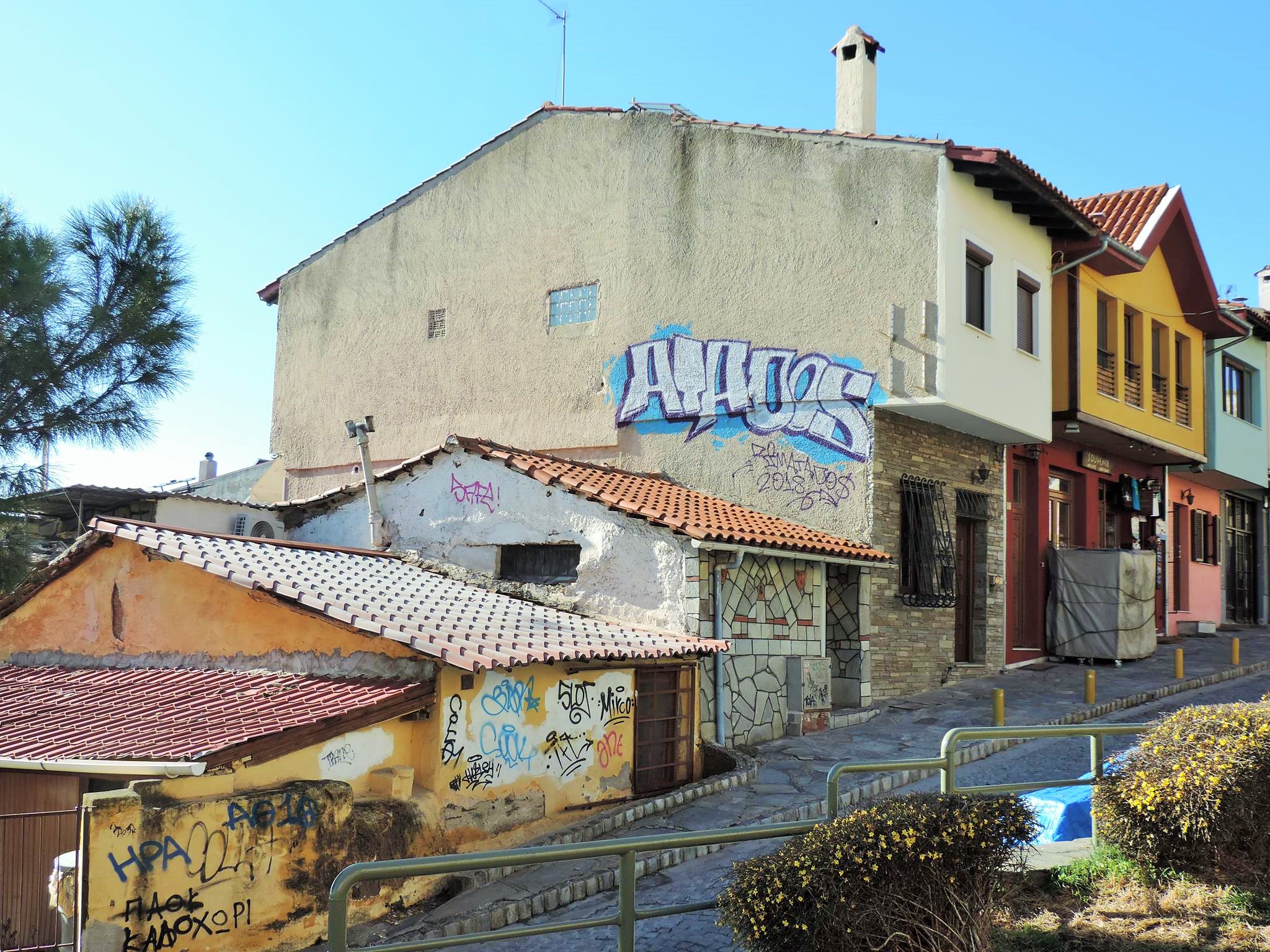 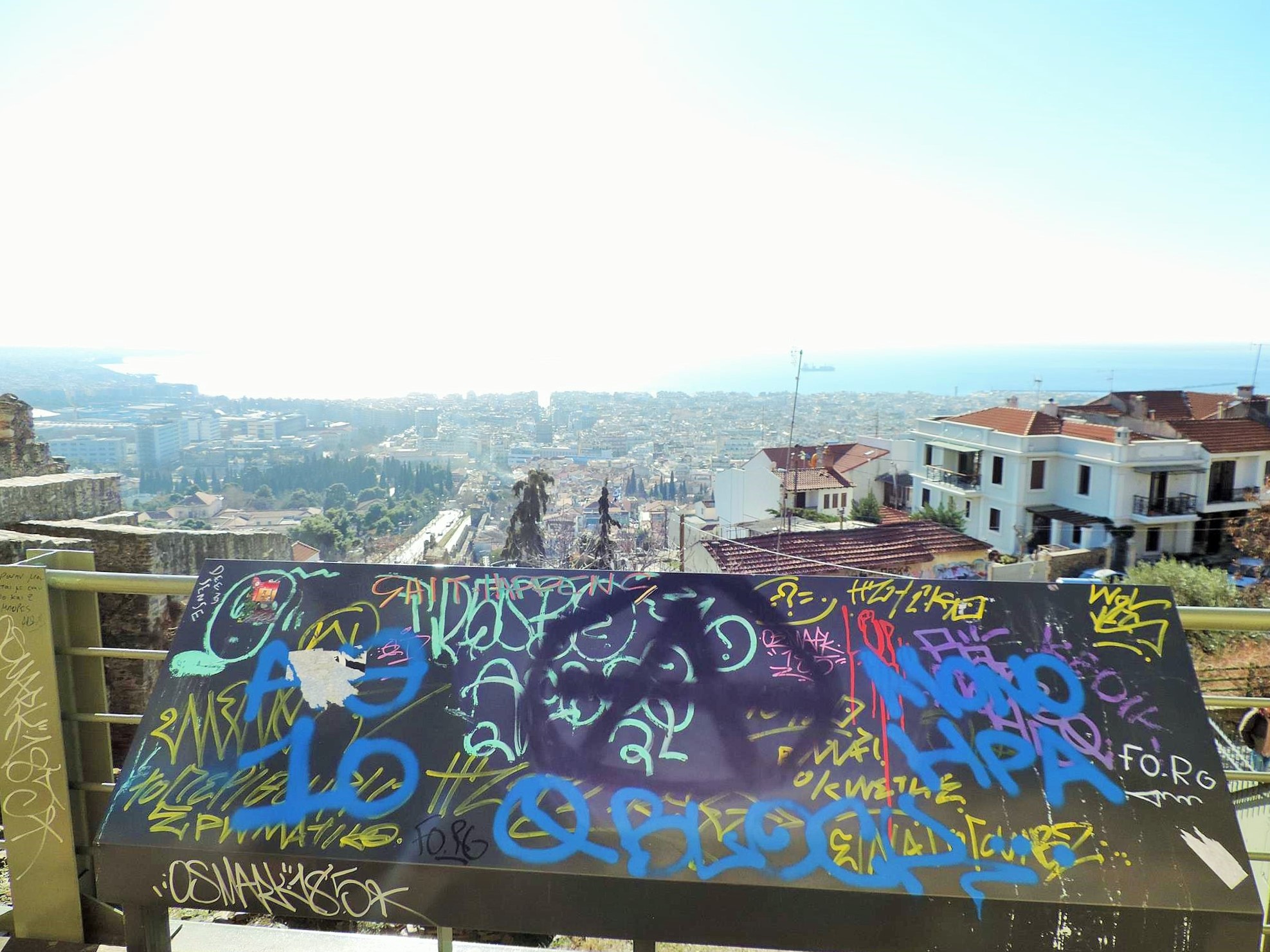 Yes, there was or is the crisis, you can see it in the infrastructure or missing continuous working on several building projects. On the promised subway they are working since 20 years now. But still the people are just awesome, taking it and trying to make their life while having fun and enjoyable times with the things which are most important as like family and friends. If you walk around you can see in almost every café and restaurant clouds of people sitting, the tables are full of delicious food and mostly some musicians are playing Greek live music. You can party almost every day till not even next morning but even midday. The clubs and dancing places don´t have entrance fees, so the fluctuation is quite vibrant and you can have a nice diverse evening while changing places and include three or four evening offers in one party night without paying tons of entrance money. As well the drinks are reasonable; the food is just fucking great for the price. 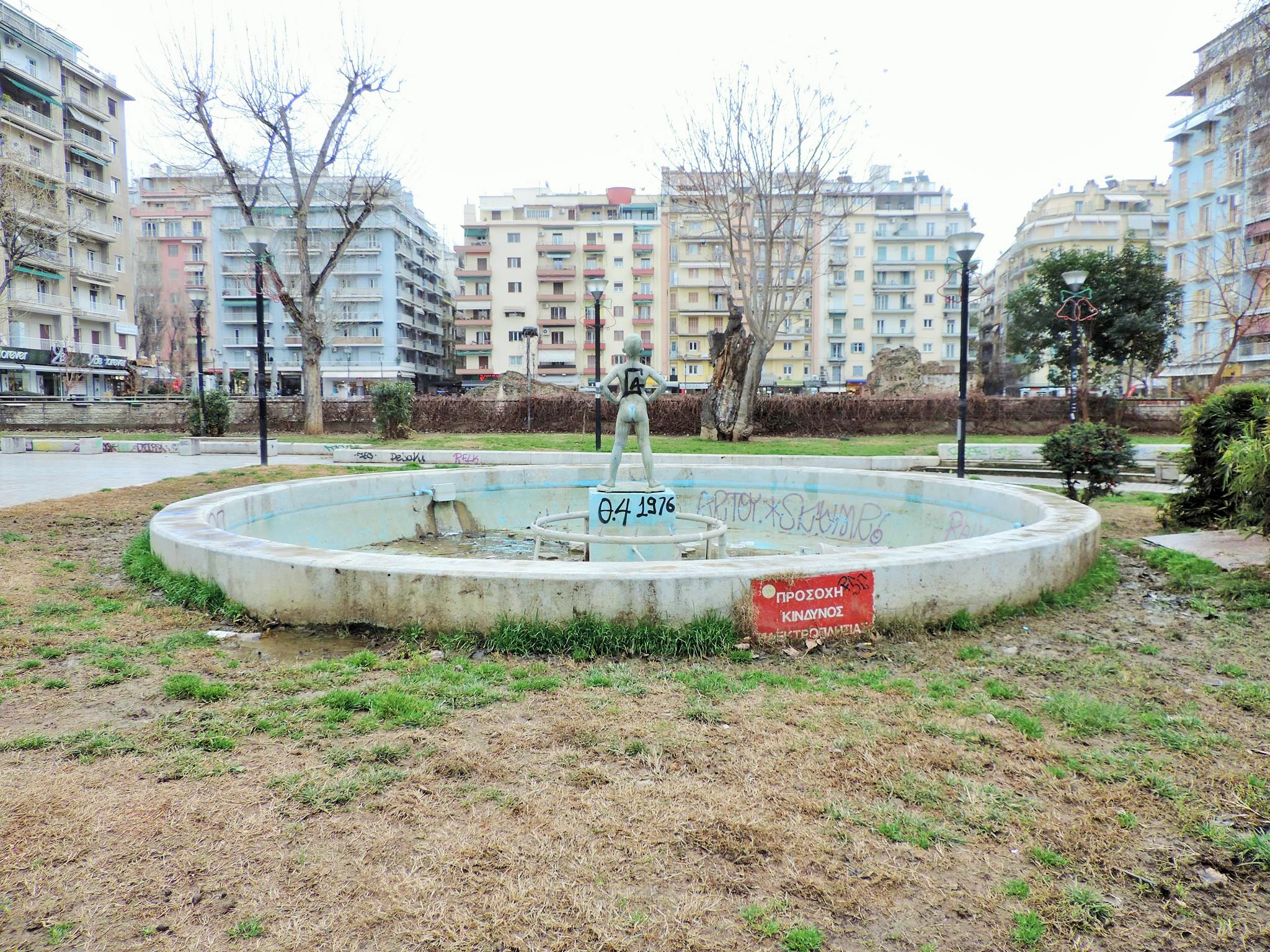 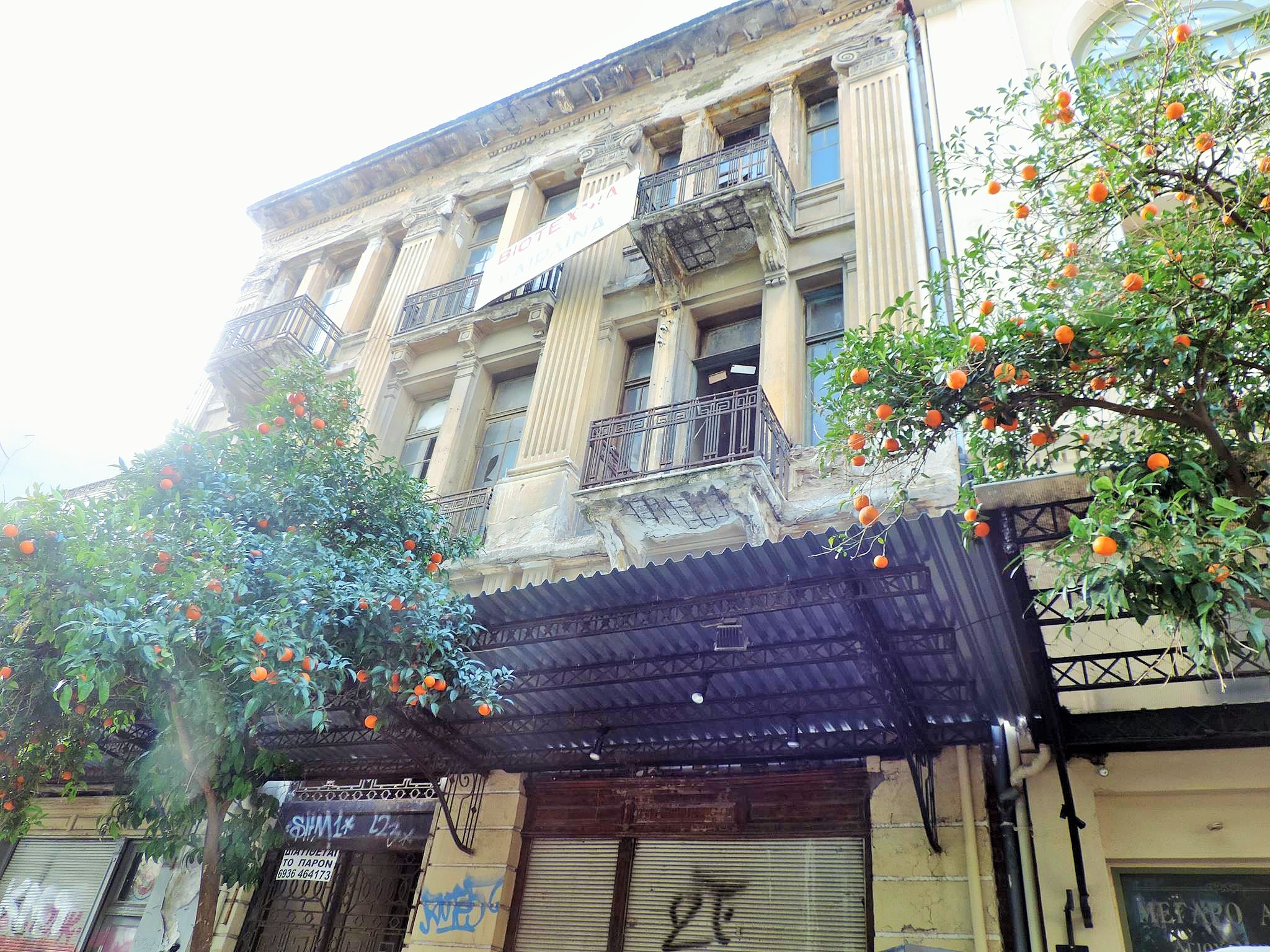 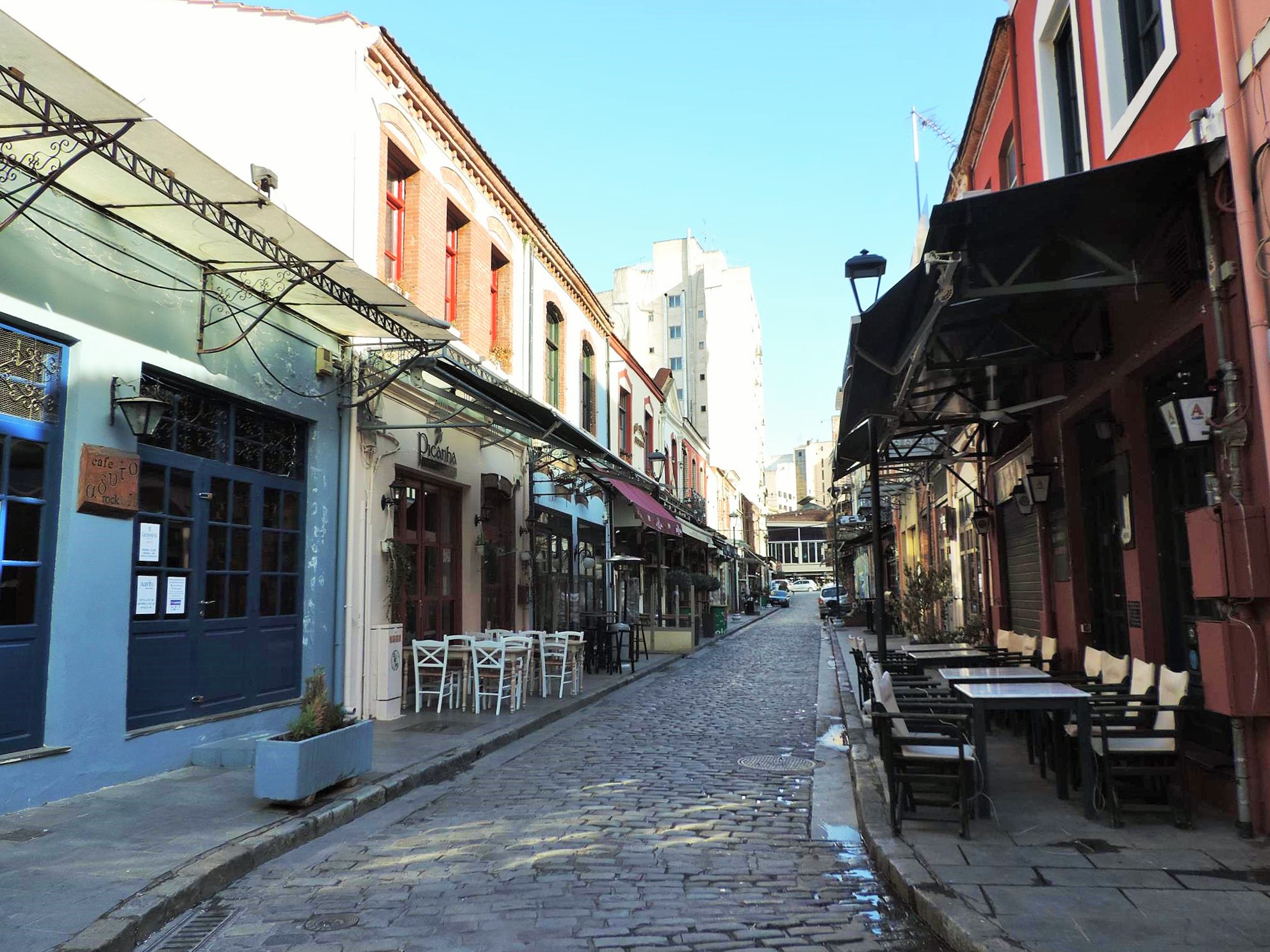 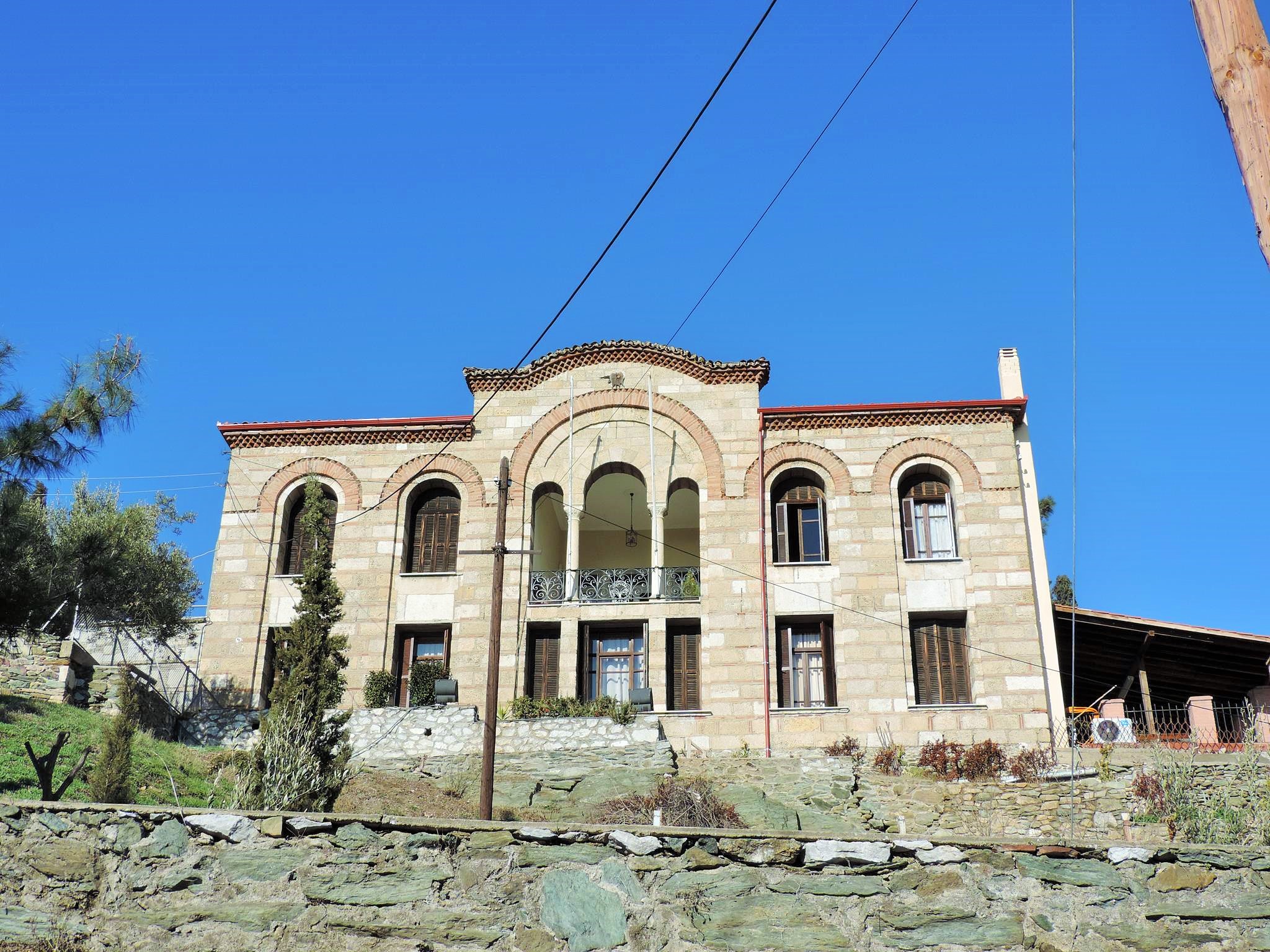 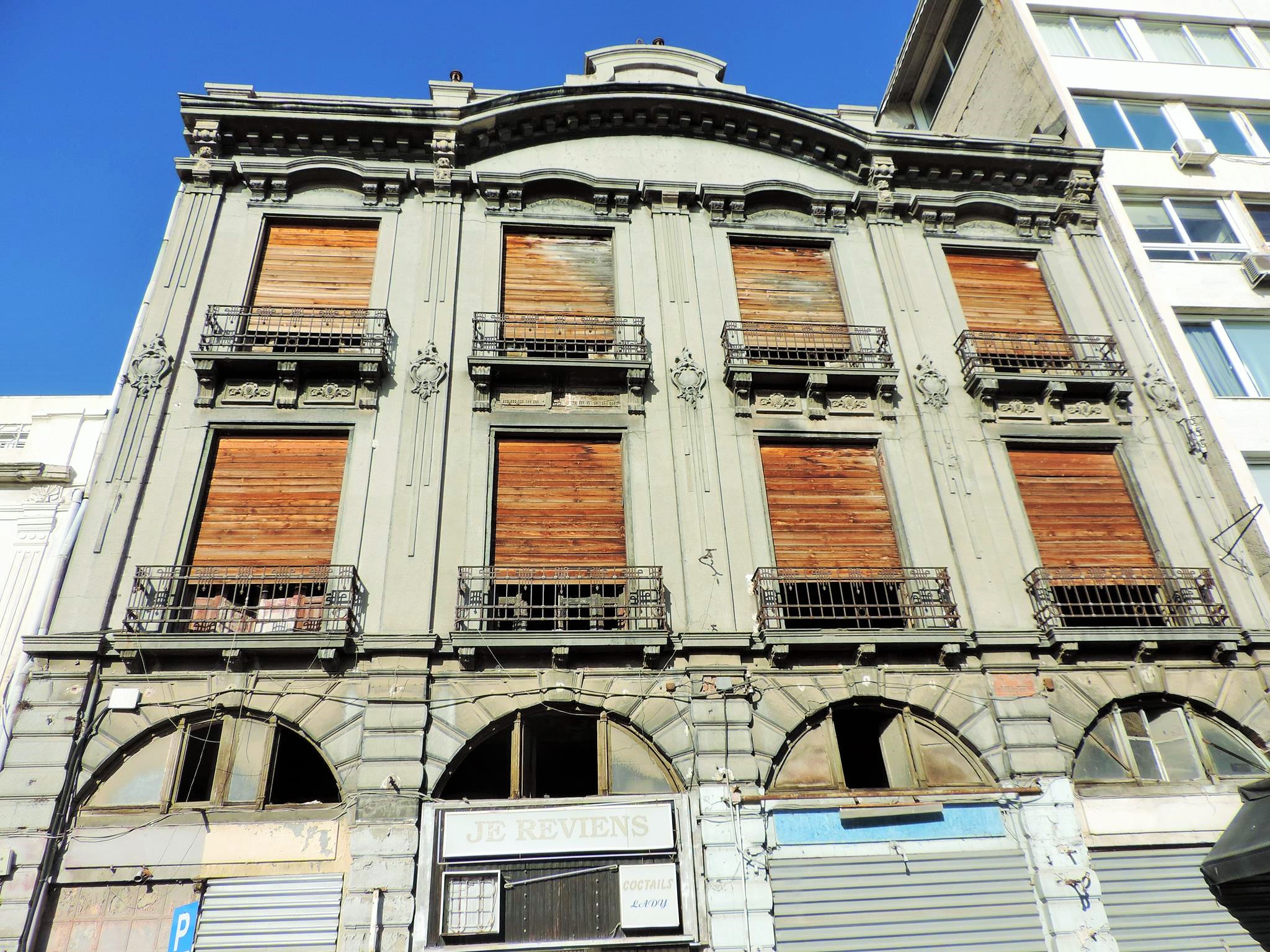 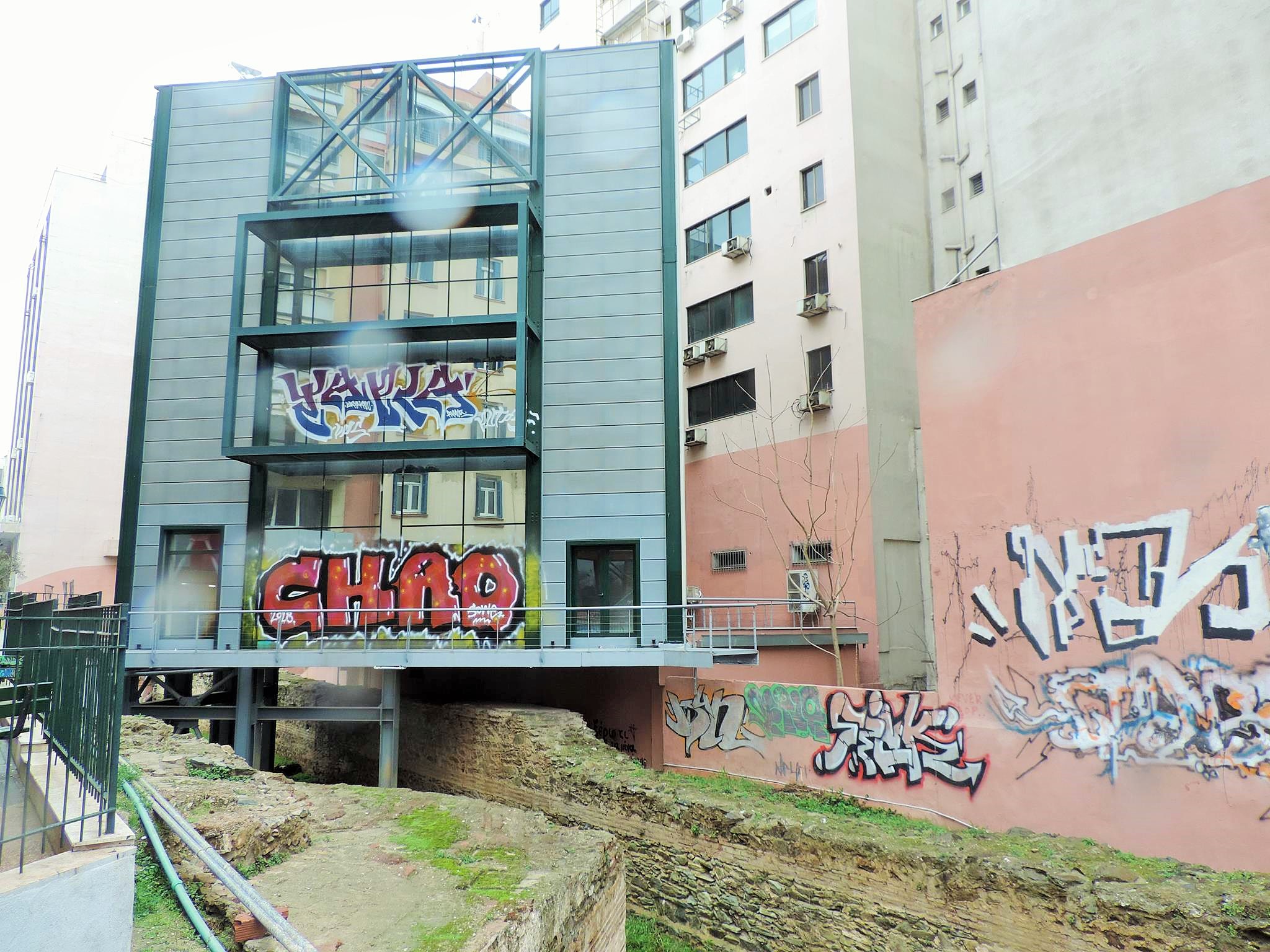 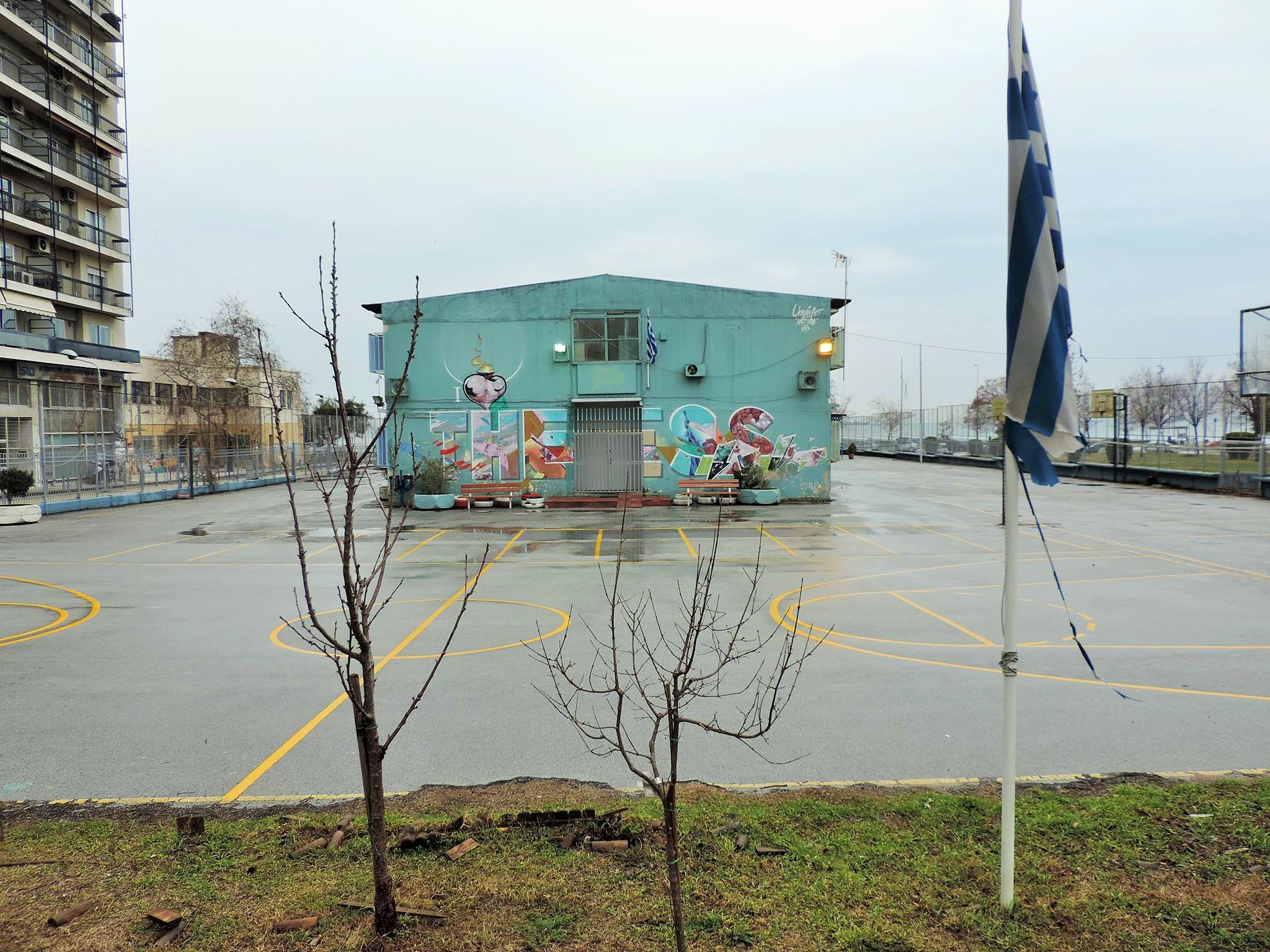